Pohatu The Lugnut. A MOV ive made during my free time (duh). Anyway please try less constructive criticism (I didn’t say none I said less). Please try to say of what you do like 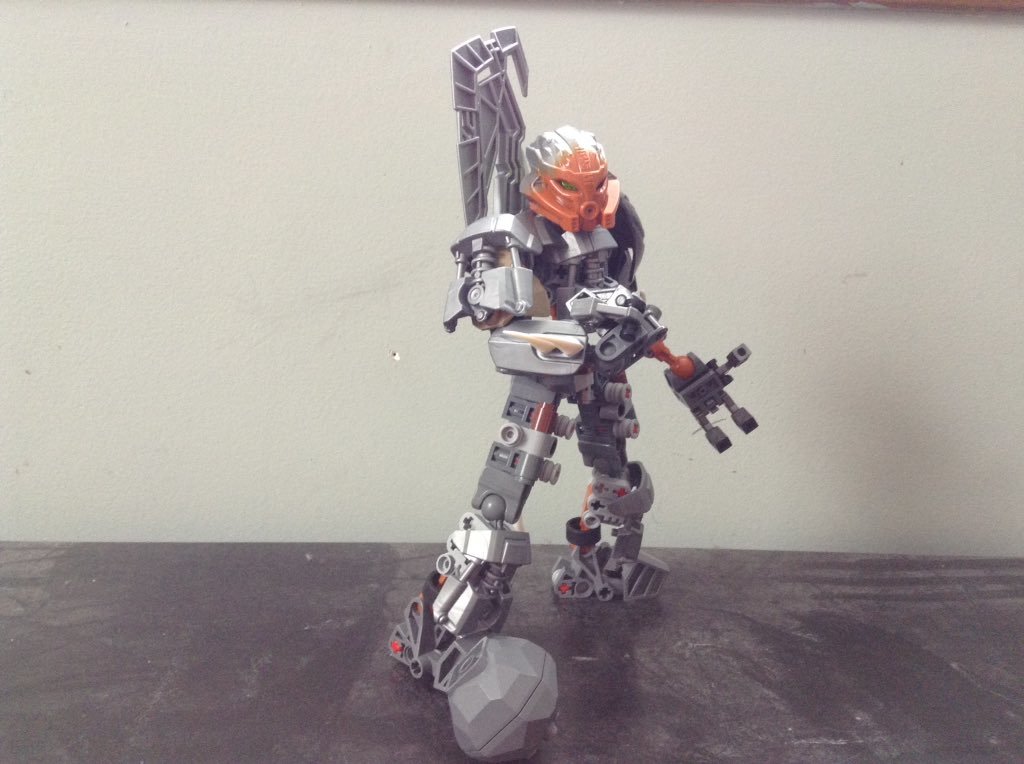 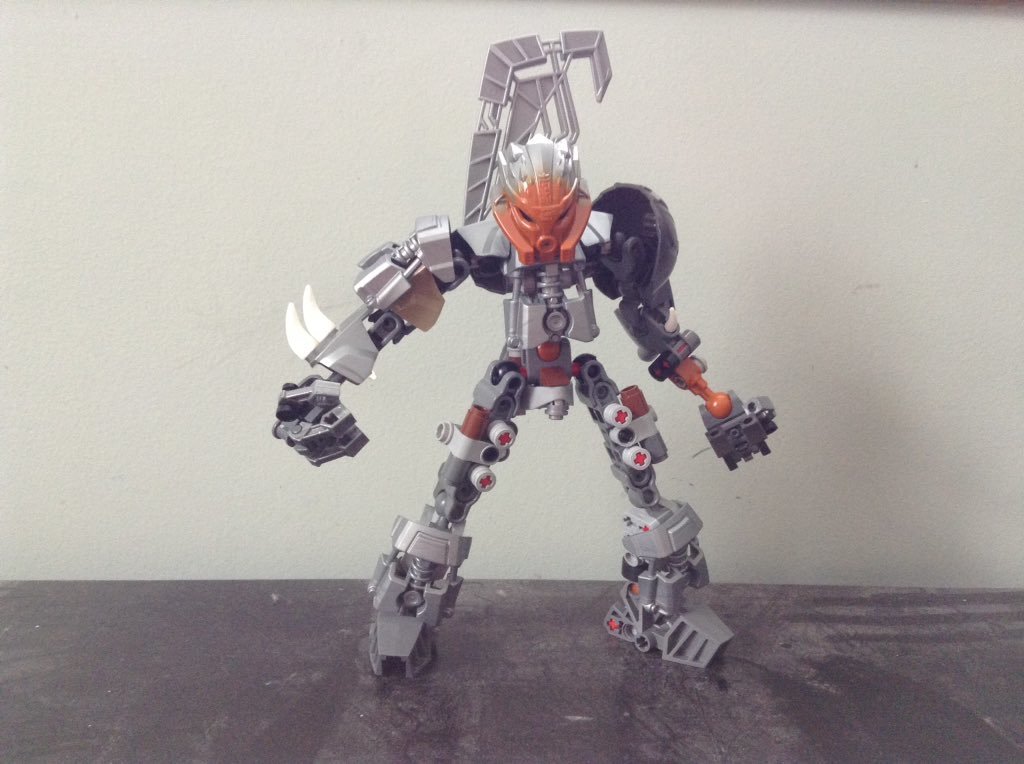 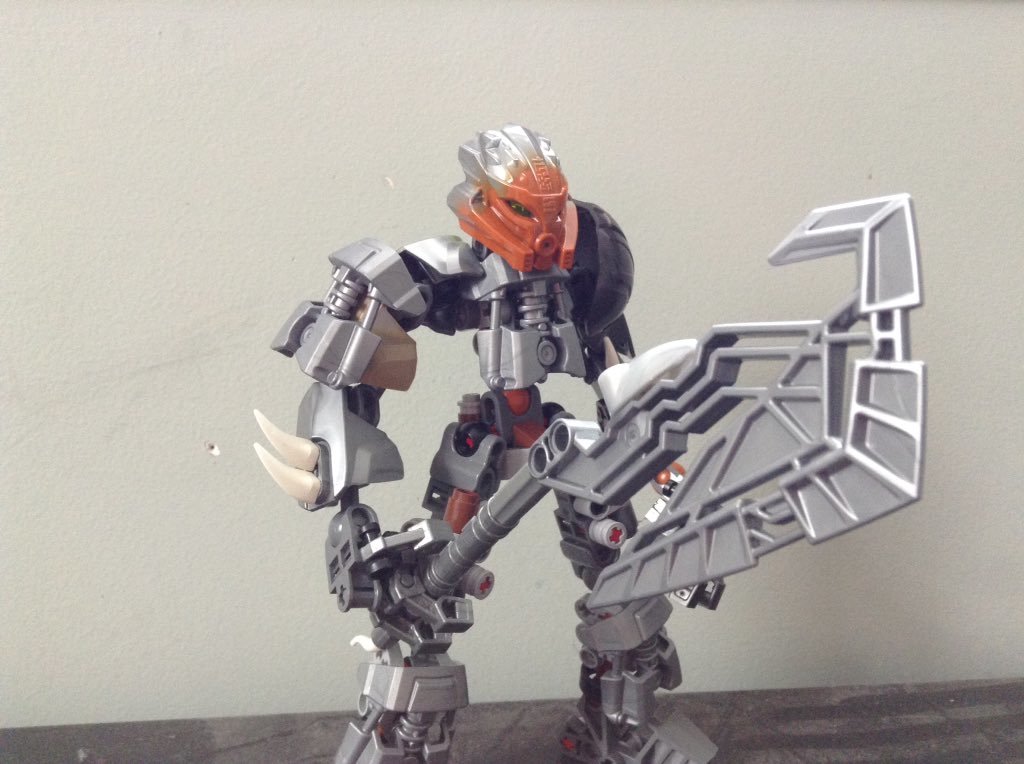 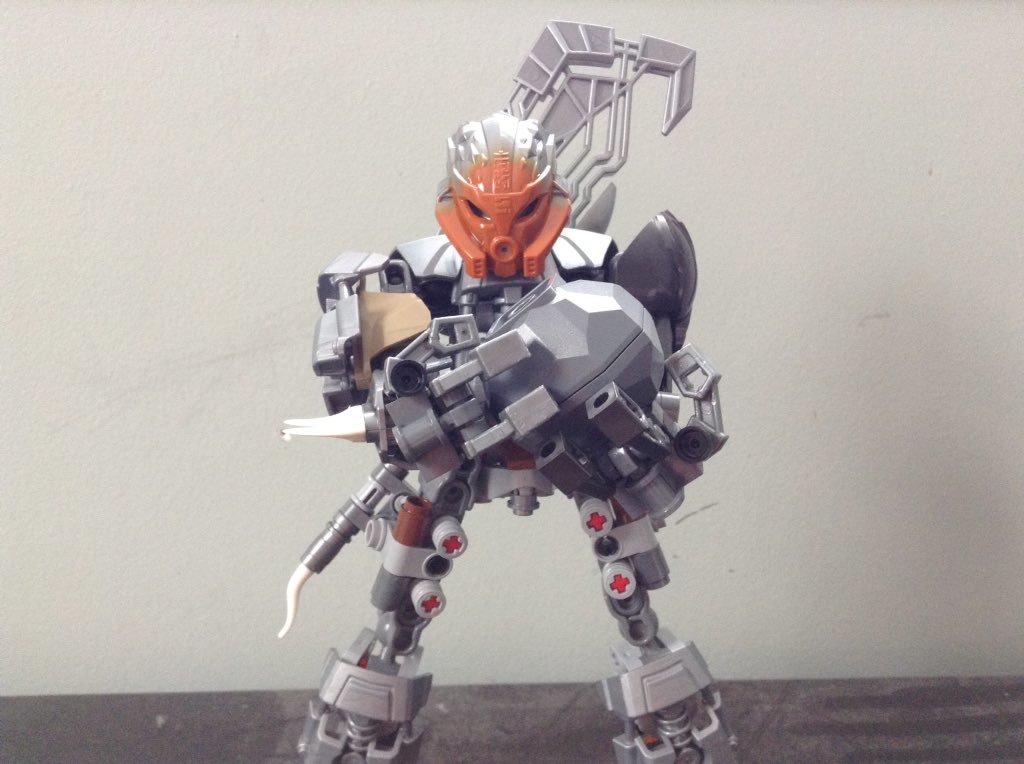 I will have a youtube video up of him at some point.

While I think it looks really nice, the body seems slightly small. But, other than that, this looks really good.

The neck could be longer. It seems nonexistent atm.

imo i think the knee joints should be enabling more knee like motion. instead of having the knees move sideways, they should move up and down

Okay so I can kinda tell you’ve got a mechanical theme going on. However, the thighs are incredibly, incredibly awkward, especially with that knee connection, the lower legs are a little too messy and gappy for my tastes, and the 2015 addon should never be used upside down like you have it on the torso, at least in my opinion.

The right arm is fine but the left arm…not so much. Gunmetal stands out like a sore thumb, and the lower arm is awkwardly shaped and unfortunately also quite barren of any armor or uh…anything, actually. It adds in more dark orange but even that is a little off-putting since it’s got three total shades of brown that I can see, and none of them take enough of a dominant position for it to really work.

The whole thing is plagued by red pins but I realize those may not be optional given your collection so I don’t be too harsh on them.

Lastly, the little CCBS shells on the shoulders should probably be rotated forward a bit. As-is they’re unfortunately quite oddly positioned and make his shoulders very exposed from the front, which is the most important view.

Overall a decent enough CCBS build with a couple major things holding it back. I like the theme you’ve got going, though, between the mechanical components and the bone spikes on the arm and axe. I’d like to see that carried out a little more thoroughly in a future version, perhaps.

@Ekorak that actually made my vision alot bigger so thanks

Glad to be of service

i do now want to chat with you sometime. Say do you have any social media?

I have Discord and I regularly check my PMs here. Just give me a shout if you ever need me and I’ll probably be back to you within a few hours at longest.

The boards (or Discord, if you find it necessary to have IM) both have picture uploading devices and also automatically embed pictures from other websites.

Same process you’d use to create a MOC topic, essentially. Just in PM.

It is cool, the upper leg armor is creative, but yes the torso is a little under armored, and add some brown in his color. The rest looks awesome!

Quite the right arm he has there. it seems a little long for this MOC, but it’s a cool design.