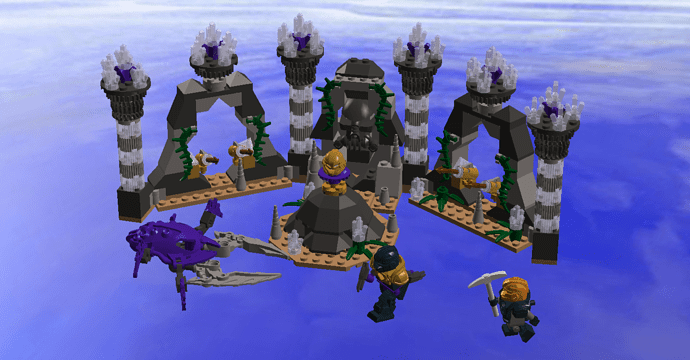 the temple comes with 4 stud shooters, purple crystals, and the golden mask of earth 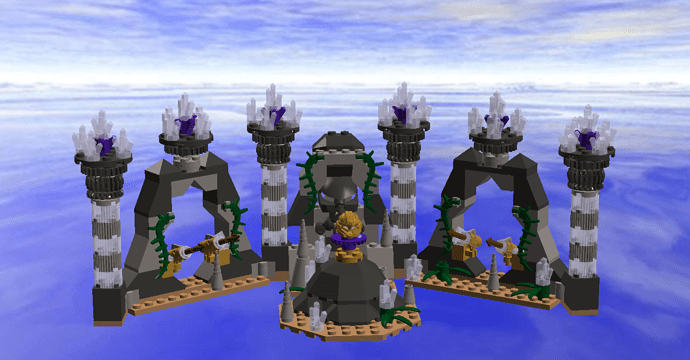 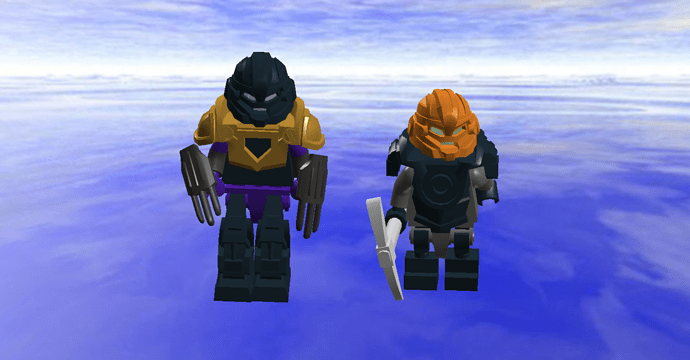 also includes a visorak of earth 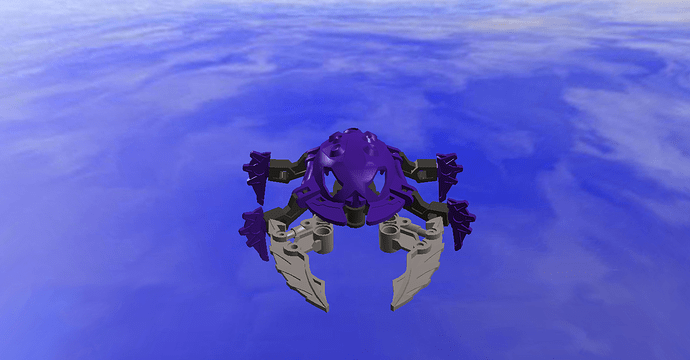 I like those stud shooters with the spears on the end, really neat idea.

wait was it not a requirement to make a set that was canon? How is this that? If i am wrong then sorry.

@AceofClubs thank you. I thought it all had to be canon

I like the design of the temple. The Hydraxon/Von Nebula helmet adds some nice cultural elements to the structure and I like how the minifigs look.

Pretty neat, honestly!
I like how you expanded upon the temple of earth for G2, adding the visorak and Nuparu and all. I do feel as though Korgot should have been included, but it looks great nonetheless!
Great Job!

This is nearly perfect! The temple itself looks awesome, sets an ancient and temple-like atmosphere and gives many possibilities for playing. The minifigures fit into the environment really well, both equipped with mining tools. The visorak is a nice mini-build and certainly looks like an actually dangerous villain to Onua (mostly because of ist size). I can imagine Onua and Nuparu beaking through the temple’s walls (assuming it’s underground) and trying to take the mask, only to activate the stud shooters. After dodging the shots, they attempt to run off, stopped by the visorak’s sudden attack. It’s rare that a Lego set gives me enough material in the set itself for a story, and this one manages to do that (give material) quite well. I’d definitely buy it, the price tag is justified.
My favorite entry so far!

wow! I’m so honored that you like it this much ^^. thank you for your kind words.

Now this is brilliant.

Attack on the temple of stone

Attack at the temple of earth

So… Which is it?
I really like the design of this, bar the weird… Visorak? The trans-purple looks a bit strange in LDD, but I can imagine it looking beautiful in person.

XD thanks.it’s the temple of EARTH XD sorry i misspelled it XD