Well here is my first MOC, obviously It is a Makuta as you can see…and uhm he shears the name with my online persona, so I guess it is kindda self-moc. 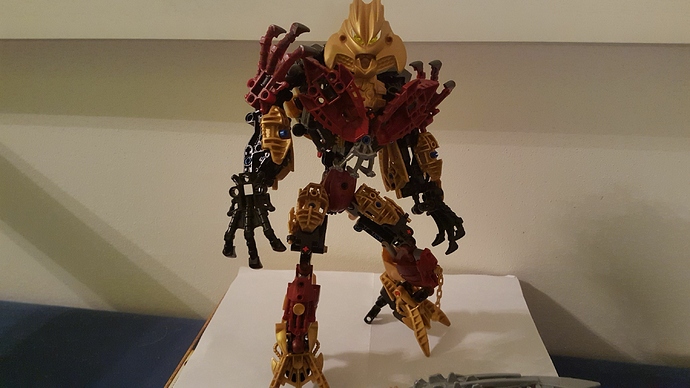 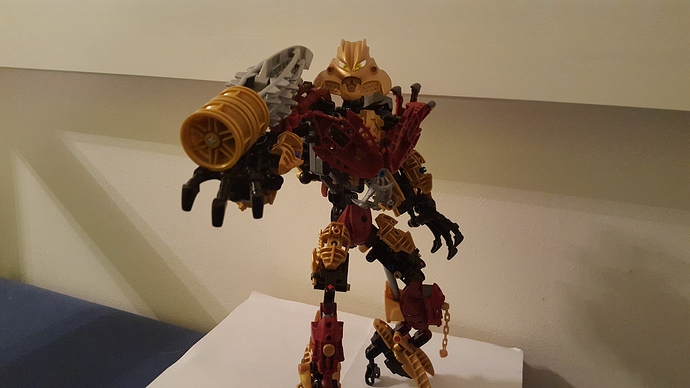 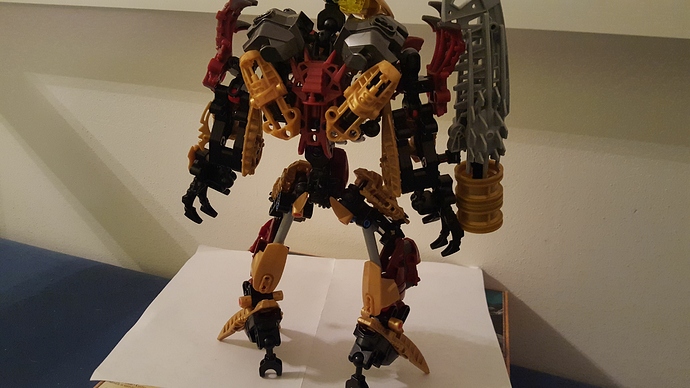 Here is bit of description for you lore nerds.

Texxidos could be considered one of the most ruthless of the original, 100 Makuta. Through ages of combat on field of battle and trough his careless experiments, Texxidos became a true monster in eyes of most, even some Makuta feared him for his diabolic behavior and tendency to be very cruel. though very aggressive, Texxidos is also very delicate character with taste for art. It is no secret that he enjoys swordsmanship among other sports, not to mention his odd habit of collecting bodies of his enemies as an exposition to his small manor located in Destral. Indeed he is perhaps more fearsome than he is powerful, however that simple fact established his position in The Brotherhood of Makuta among higher ranks. One could say that similarly to Roodaka, he rules through fear.

Welp…that’s it…what? You expected something like “rate and leave a like bellow” ? Okey…feel free to do that, if you want.

-With loads of love and cringe, MakutaTexxidos

Not sure on the colours. Love the design, though the CCBS shell on the lower legs and the paw pieces look a little out of place because of how smooth they are.

The red Inika feet on the chest seem a bit big and obtrusive, but I like the concept of this guy.

The art thing is a bit wierd, but it does make him more than just the stereotypical rule by fear makuta thing.

Not sure on the colours. Love the design

@TheMoltenKing The Color-scheme actually exists only because my friend gave me a second Brutaka a while ago and I still had some CCBS parts left, alongside some red parts from G1…he was kindda thrown together from what I had laying around.

@renki_peka Indeed, the Mistika feet were placeholder, but I realized I do not have anything left to replace them with, besides I think it adds to his rugged and sophisticated texture a bit. >.< The Art, well, as odd as it may be, I do believe even characters such as Makuta can have personal taste and that they do not have to always appear as flavorless, evil bad guys.

Other than the aformentioned red feet on the chest, the feet look a bit… weird.

@SwagMeister I got kindda lazy with them, I must admit.

I like it overall, though the use of gold on a Makuta feels weird. Also, The chest-feet and normal feet are off. Overall, it’s very good.

nice job but why is it your self moc though?

@h1vem1nd Because It is my RP character I used for over a year now… I got attached to him.

@Sammythekat FINALLY SOMEBODY KNOWS WHERE THE CANNON IDEA ORIGINATES FROM! Nice finding someone who recognized the inspiration.

Also, the cannon and you using Brutaka’s mask gave it away.

@Sammythekat It is? I did not even know, My cousin showed me Beast Wars when I was little and from some reason the animation amazed me, I loved Wasp the most. <3 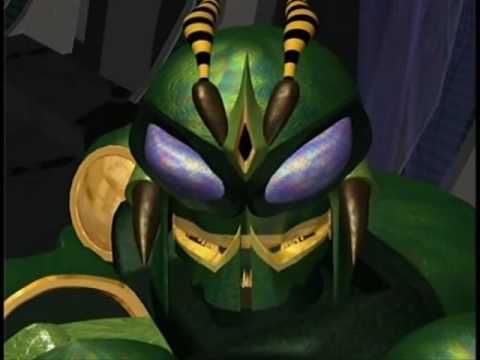 Looks pretty good, but I do not do the high-heels things

My suggestions? Get rid of the silver/gunmetal, bulk up the thighs, de-bulk the chest a little, replace the black claws with red ones.

Oh yeah, if he’s one of the 100, then once you’ve got this MOC fairly solid you should enter him in @Gilahu’s Brotherhood Project.