So, A couple days ago I created these 6 MOCs, and I think they’re pretty good, so I wanted to share them with you guys. Also, this will be the first MOC topic that isn’t about Omega Tahu/TTV. 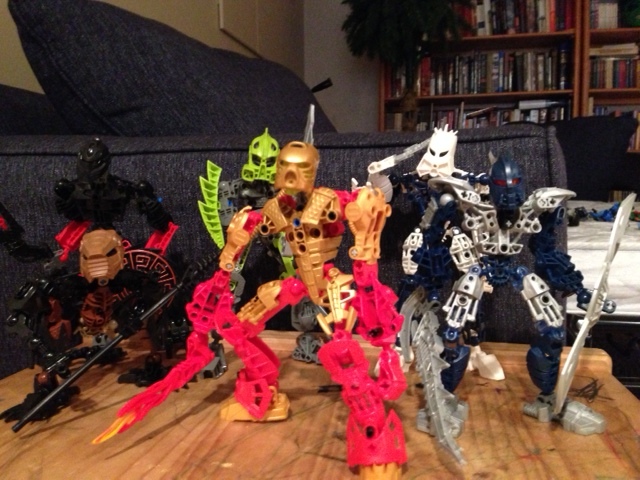 Here’s the team as a whole. I don’t quite have a backstory for the team yet, but I do know that they were originally on different teams. 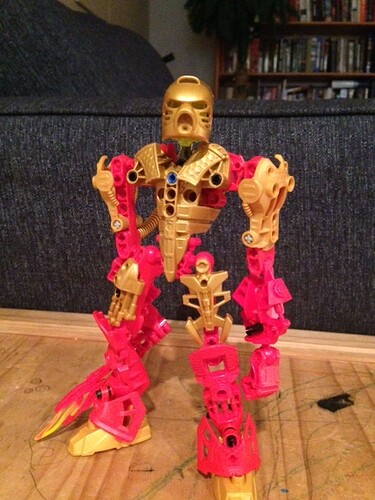 here’s Ata, the leader of the team. He was the first Toa created, but was activated after Helryx and promptly deemed flawed by the Great Beings. He was going to be destroyed but Mata Nui claimed him as his representation in the Matoran Universe, as he cannot be present. For the entire lifetime of the Great Spirit, Ata fought countless battles, and grew weary of life, almost wishing that he could die at times. However, after the Great Cataclysm, he was recruited by the Order of Mata Nui to lead a team of Toa they had gathered, who like Ata, had no Destiny. 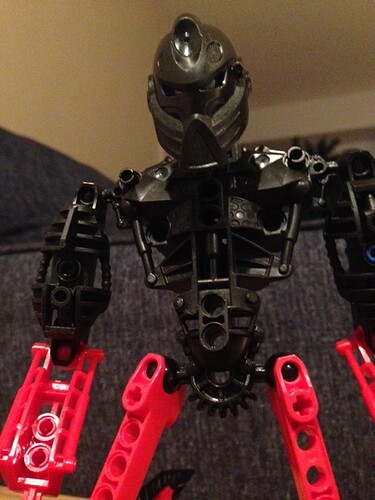 This is Broog. He was created when he and 5 other Matoran fell into a vat of Energized Protodermis and emerged as Toa. they protected their island until the Visorak horde, and all of his team died except for him and Graak, who were mutated into Toa Hordika. Graak was disfigured more physically, losing his mask power and becoming more beast-like, but Broog’s mind bore the brunt of the Hordika virus, losing the capacity for normal speech, and making him feel trapped in his own mind. He, along with Graak, was recruited by the Order of Mata Nui after the Great Cataclysm. 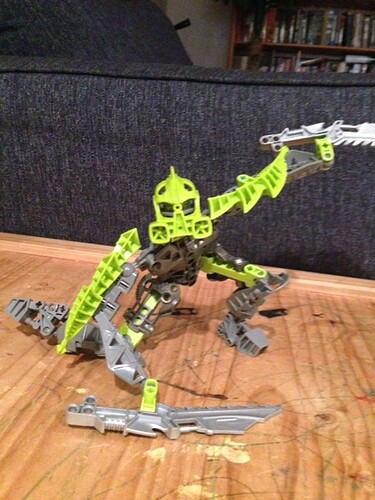 this is Arkix. He was a Matoran test pilot on Metru Nui, and was one of the best to ever come from Le-Metru, if not THE best. He was transformed into a Toa when the Dark Hunter-Toa War began, and was killed in the first battle. He was transported to the Red Star, and he is the only being to have ever returned from the Star. He was recruited by the Order of Mata Nui after the Great Cataclysm 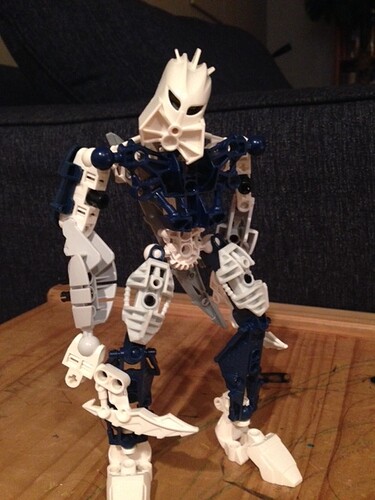 This is Ihu. He was destroyed during the Toa-Dark Hunter War, and was not revived. However, this is not the story of that Ihu. this Ihu comes from the Toa Empire universe, and was a member of the Rebellion. He was turned into a Toa by Lhikan before that Toa’s death, and ever since had plotted the death of Tuyet’s general, Ata. He was almost successful, but when Vezon stepped through that universe with the Olmak, he was dragged through reality with the Piraka, until he finally ended up in the main universe. there he met Ata and his team, and tried to kill Ata, not realizing that this was not the Ata he had tried to kill. He almost killed Graak, and was almost killed himself by Ata. He was able to explain who he was and became a valuable member of the team. 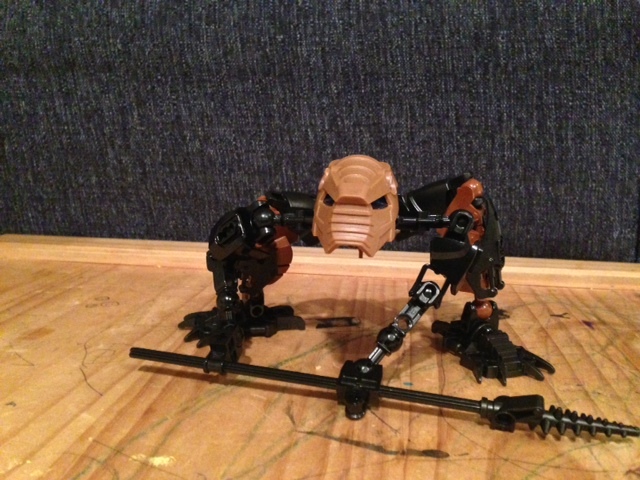 This is Graak. he was on the same Toa team as Broog, and suffered the same fate. 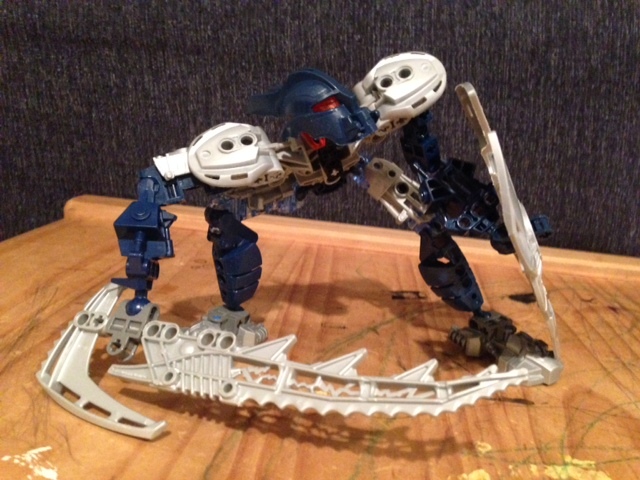 Taya is a Toa of Water, and was originally going to be the Toa Mata of Water, but got lost in the dense jungles of Artahka. She eventually found the ocean and swam to Karda Nui, where she became the island’s protector until the Toa Mata arrived, when she snuck away and journeyed across the Matoran Universe. After the Great Cataclysm, she was recruited by the Order of Mata Nui.

My favorite one is the one with the onewa hordika head

yeah, I tried to make him look very tribal.

walks out the door

anyways, this is for support. GREAT MOCS MATORO!! too bad you died, i was hoping to see more! =P

May I ask what mask Arkix is wearing?

Really? The only resemblance I see is a Hau. And also red and gold, but it appears as a completely different character with a different backstory than Tahu has.

Cool team! I like the way you turned a torso piece backwards for Ihu, it gives a very interesting look.