Story time!
Back in he old’n days when I was a wee lad, back when all I had was my Nintendo DSxL, me and my family went out on a train to Denali as a vacation. I had picked up a few games to play on the trip and one of them was Kirby Super Star Ultra. I absolutely fell in love with that game and I’ve loved the Kirby franchise ever since. While I don’t play the games that much anymore I still have a soft spot in my heart for this pink puff ball. Fast forward to October 2016 and I was attending my local anime convention and as a part of my seasonal haul I found this: 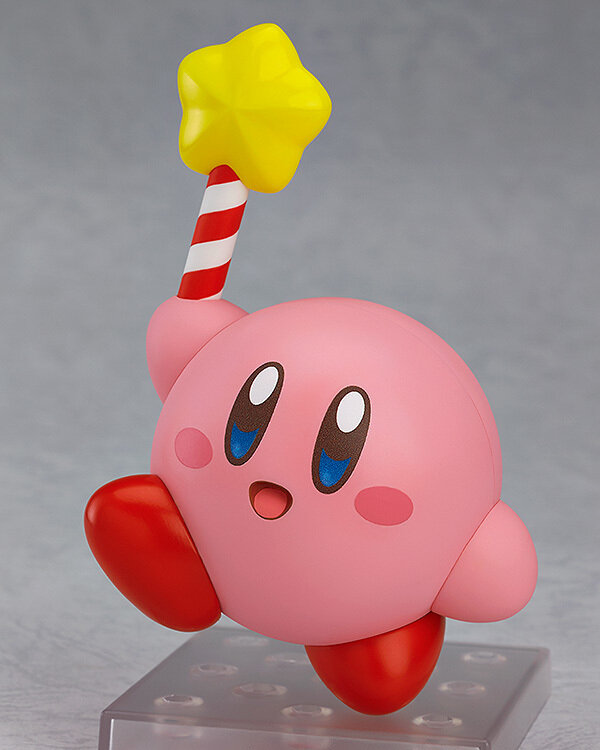 Today I did though I’d try something different and make a review of something from my collection. Don’t really know what else to say so I’ll just start with the box. 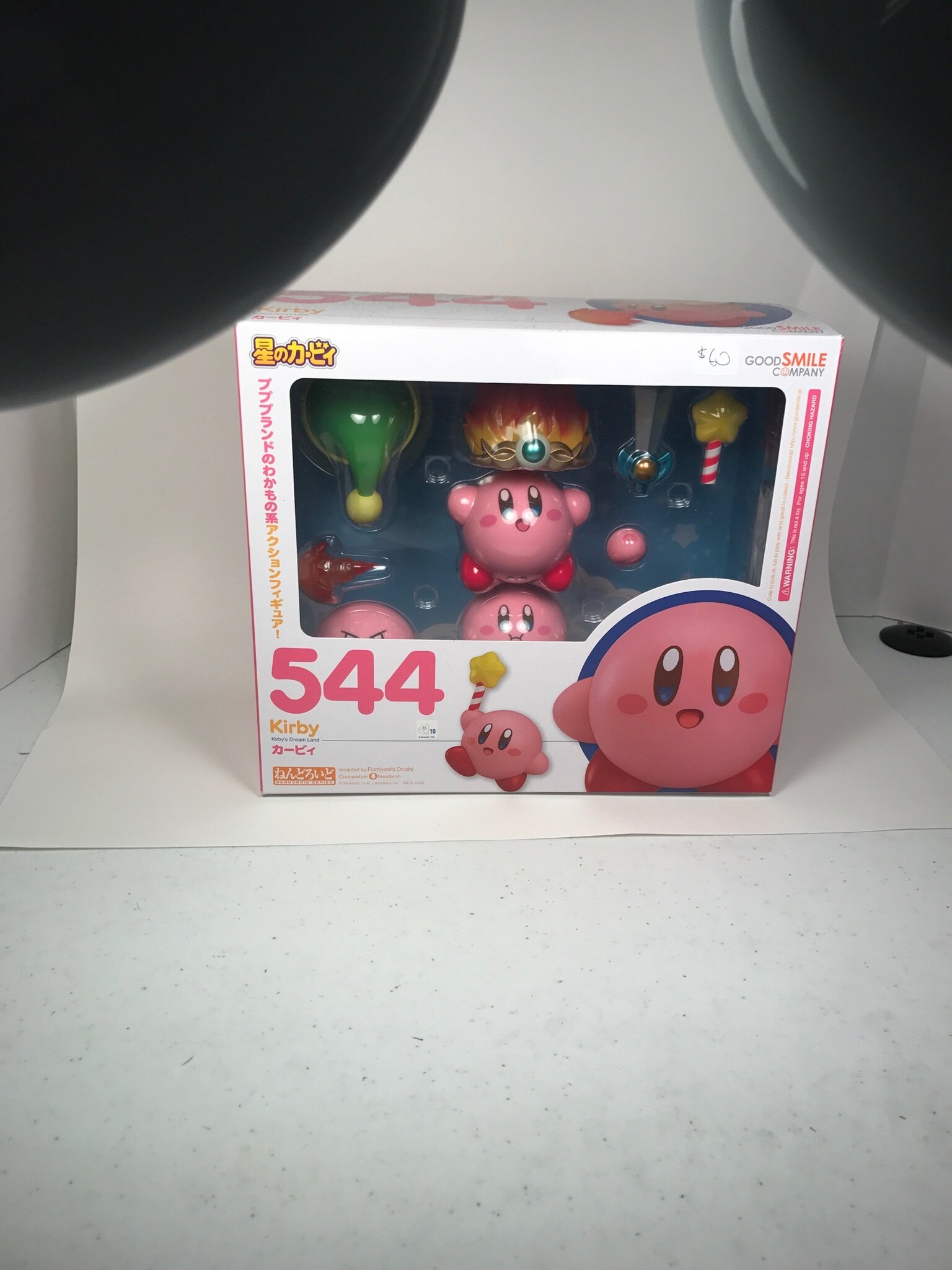 Mind the obstructions, the box for this guy is actually realy big. On the front you can see renderings of the figure, the model number, and some names. You can also see the actual figure through a window along with some of the accessories. 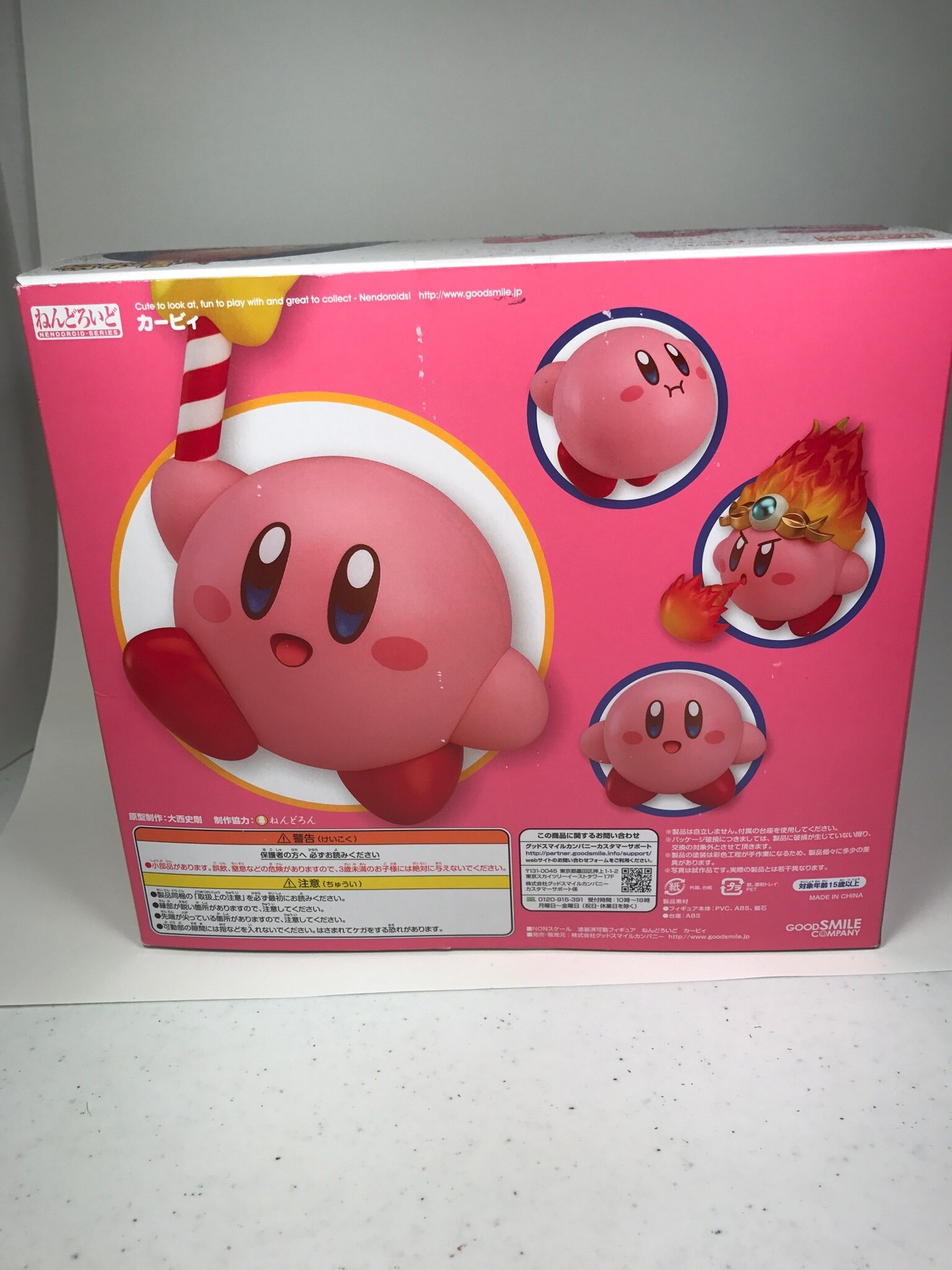 The back,of the box has more renderings with some of the accessories attached and some Japanese text I can’t read.
Now to the good stuff: 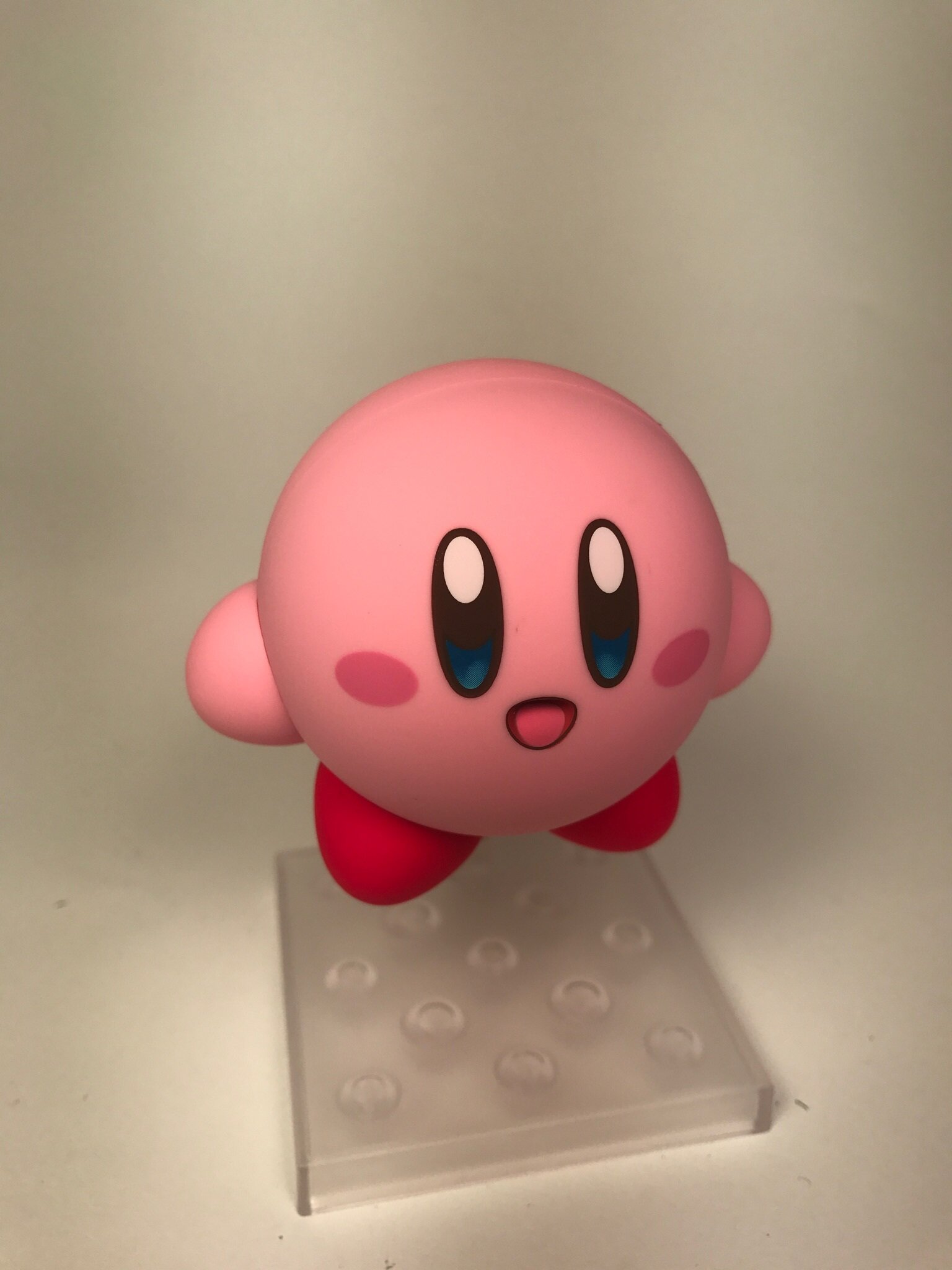 Kirby can’t stand on his own so he comes with a stand that plugs into a hole in his butt that you’ll be able to see in later pictures. (actually I just forgot to take pictures)
The painting is great. The face is vibrant and full of life as it should. The mouth is also molded in and isn’t just painted on. I can’t realy say anything about the sculpting because he’s basically just a ball. 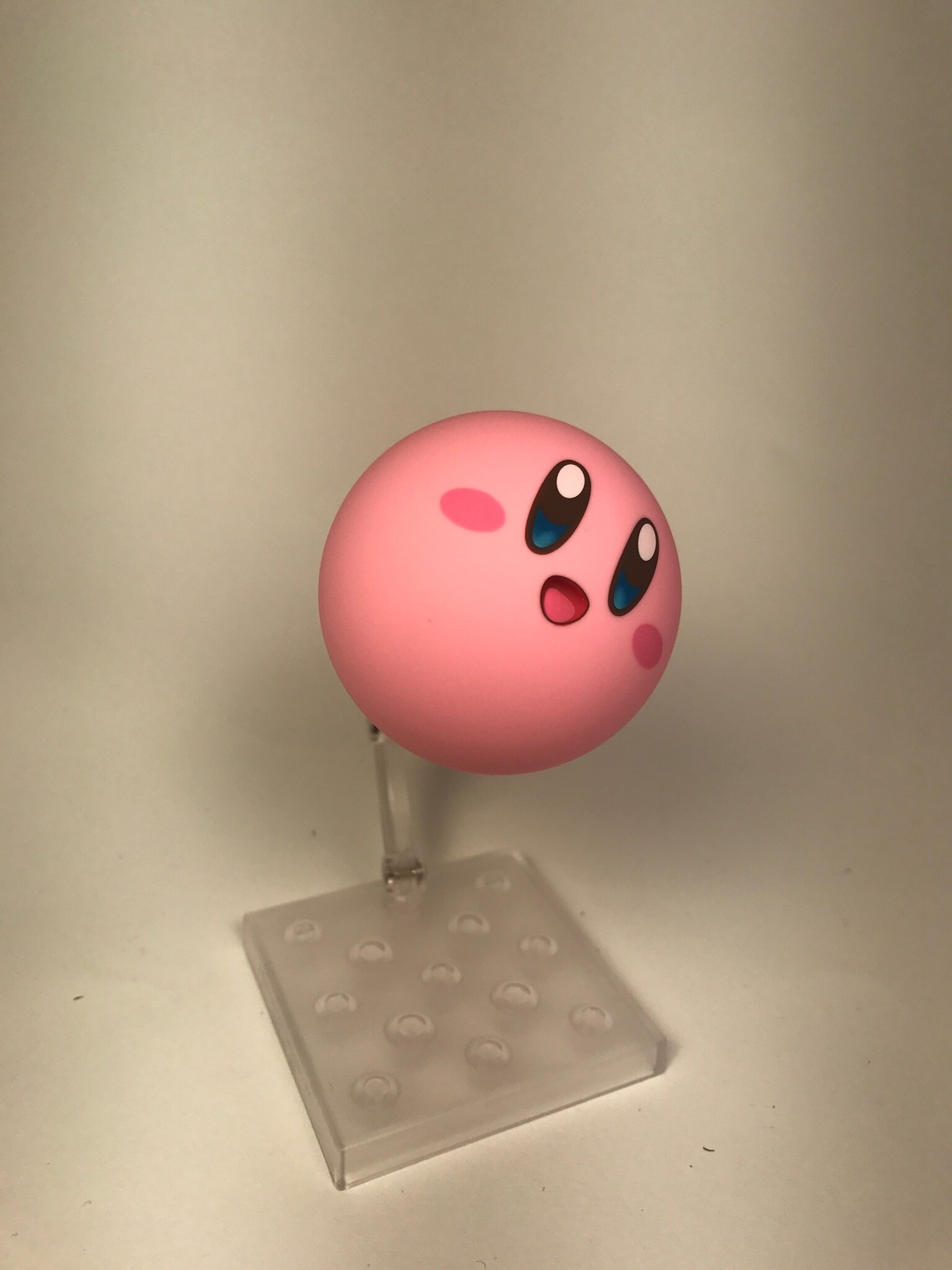 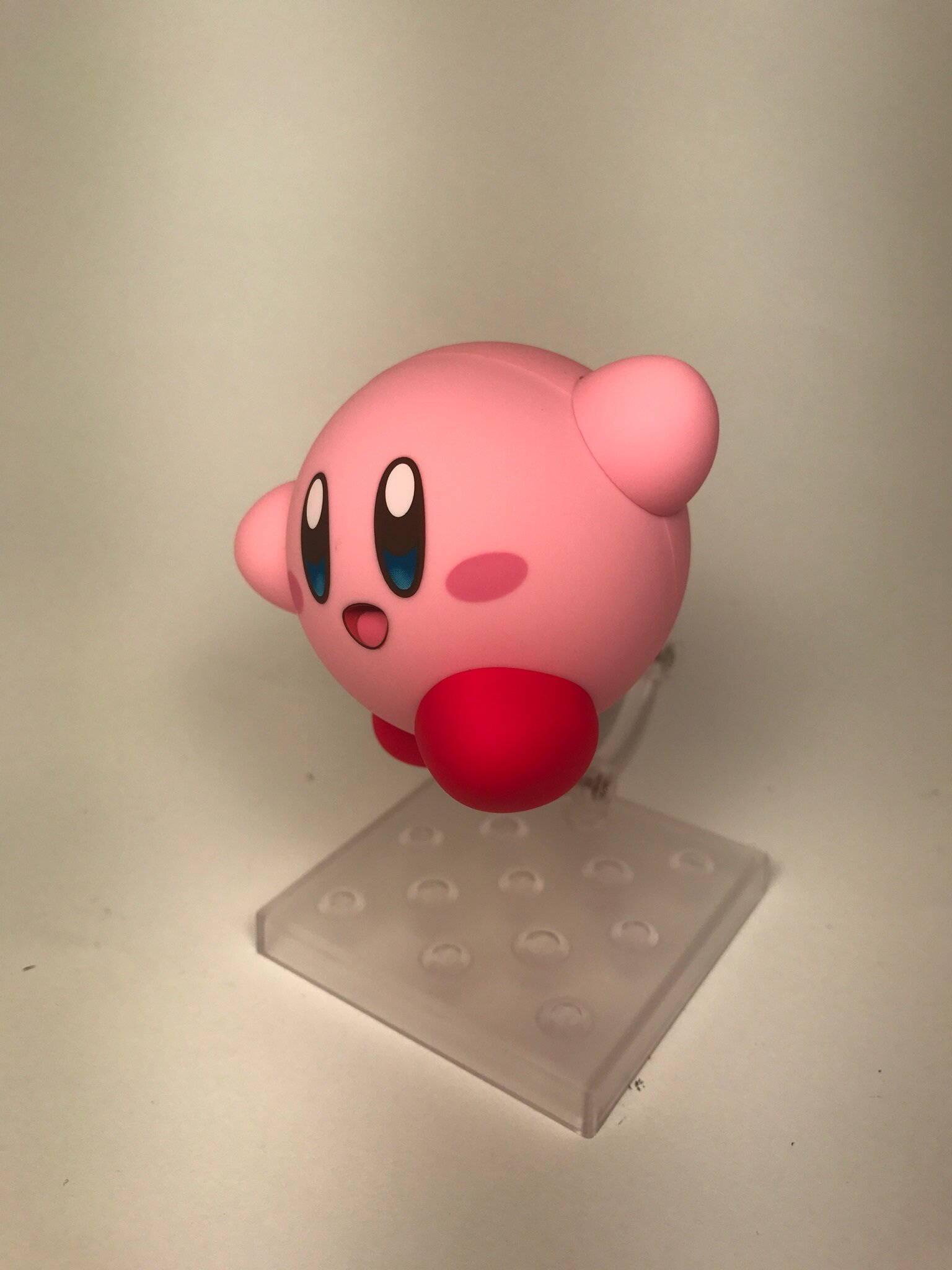 The engendering here is very clever. The figure is metal on the inside and the limbs are attached with magnets allowing them to move practically anywhere on the body. Here are what the limbs look like detached: 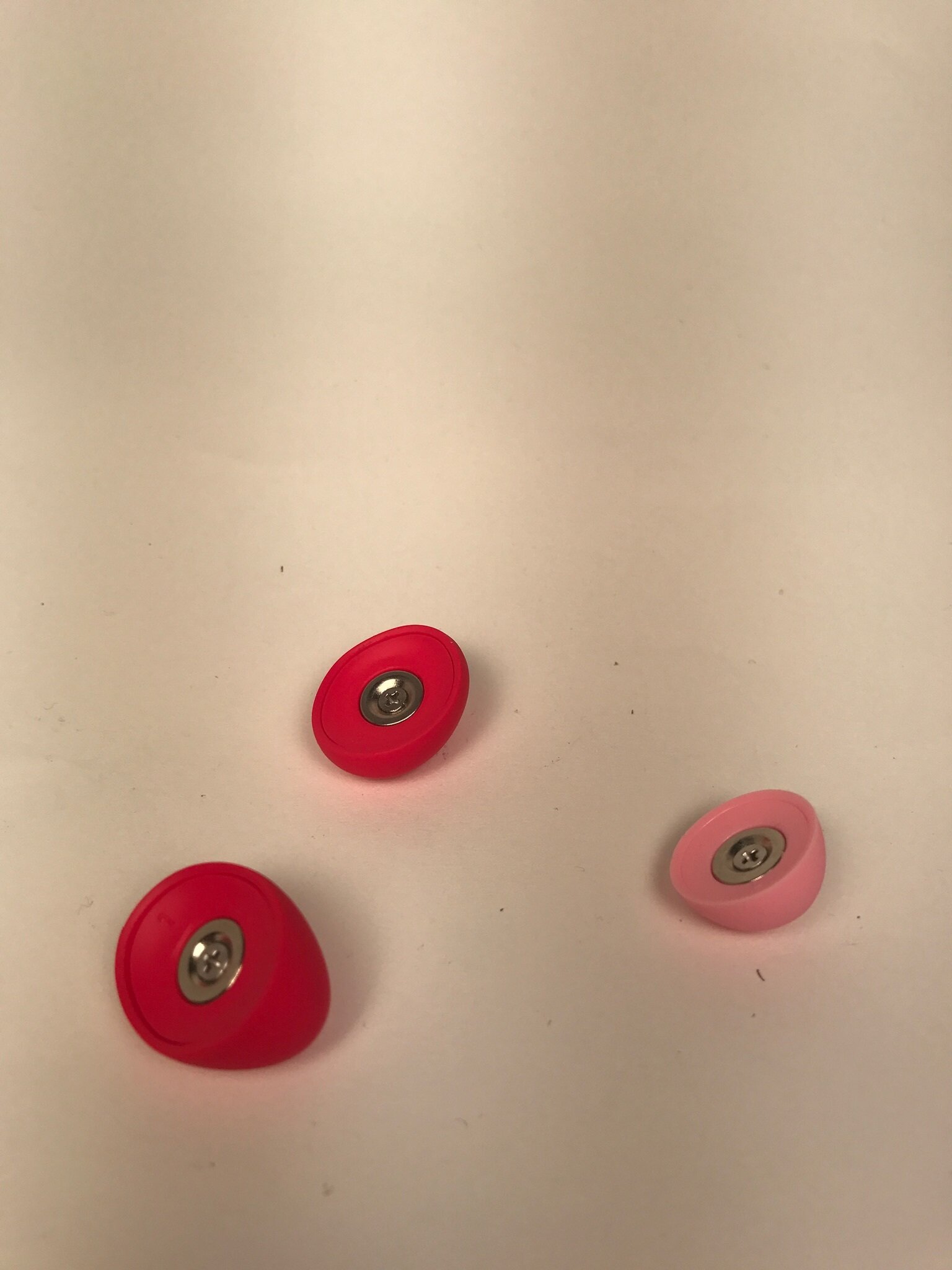 The magnets are very strong and will tightly stick to anything metal or each other. It’s also hard to tell in the pictures but each limb has an R or an L molded into iron the underside where it connects to the body. This is for discerning right from left but while appreciated, it’s pointless as each each arm or leg is identical to the corresponding arm or leg. 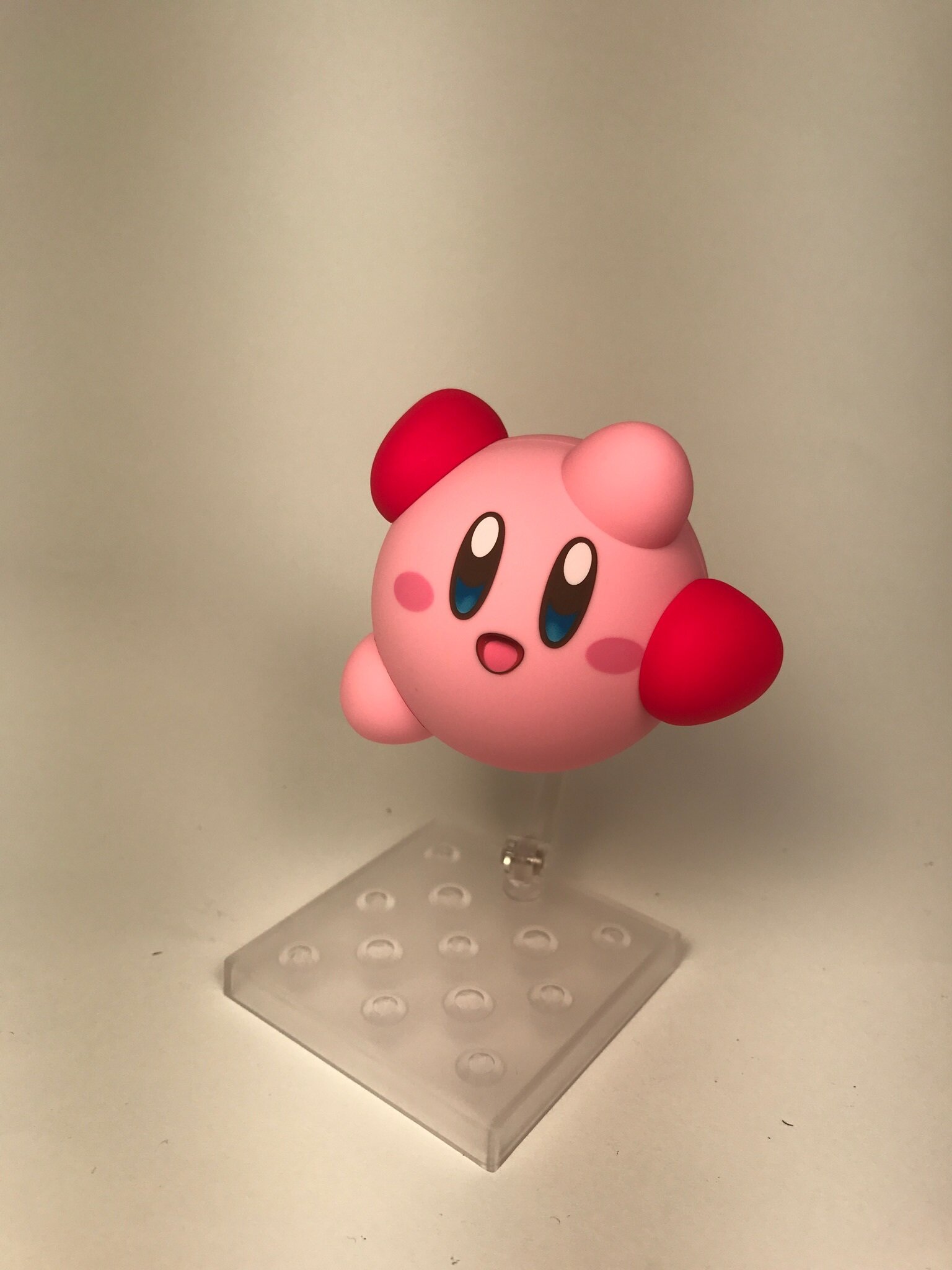 Posing can be a lot of fun though.
Even more fun are the accessories! 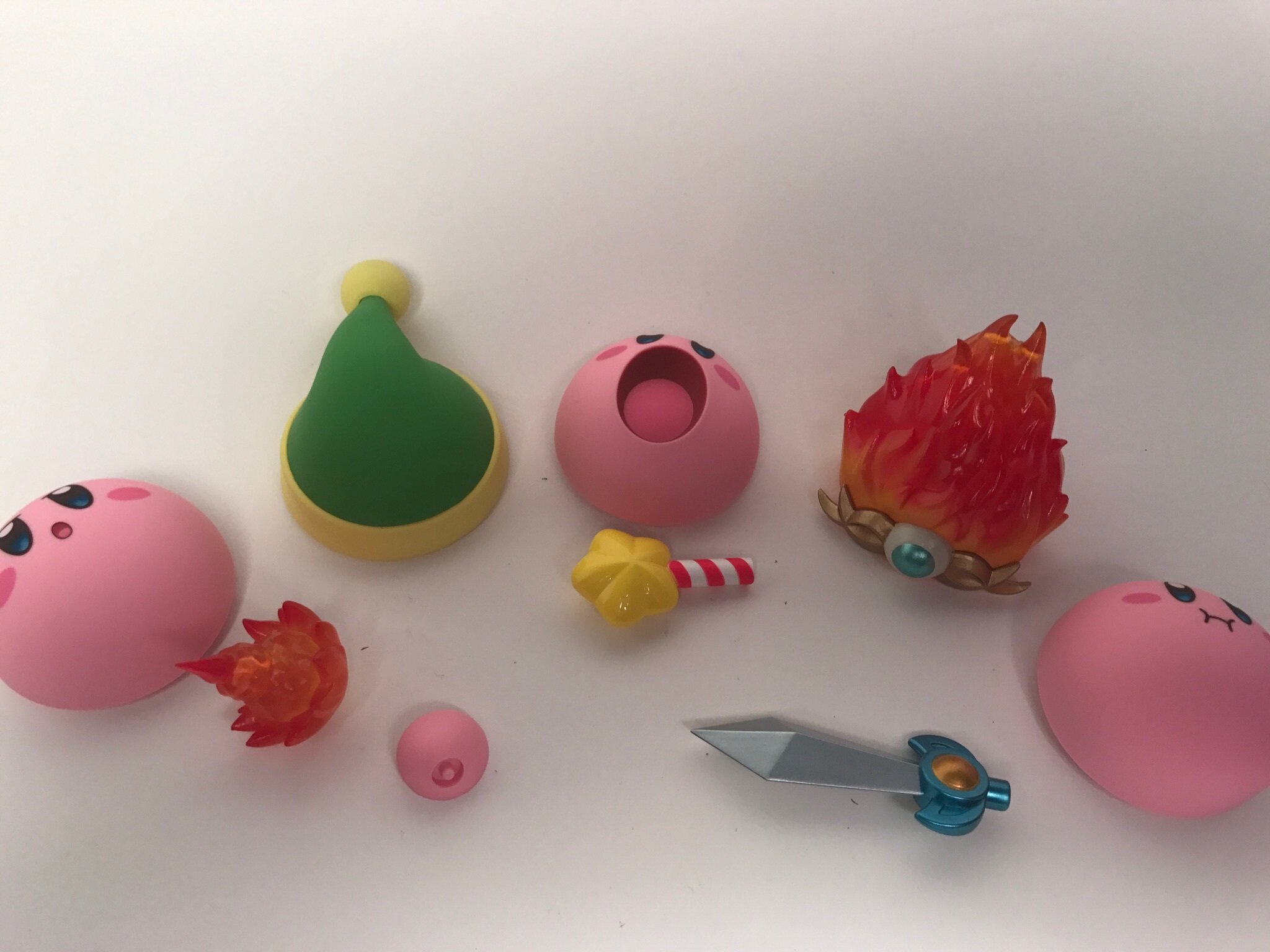 The figure comes with three alternative faces, one fireball, two handhelds accessories, and a hand to hold them in.
To swap faces, grip the front of the figure and twist left 90 digress and then put the new face on sideways and twist to lock it in place: 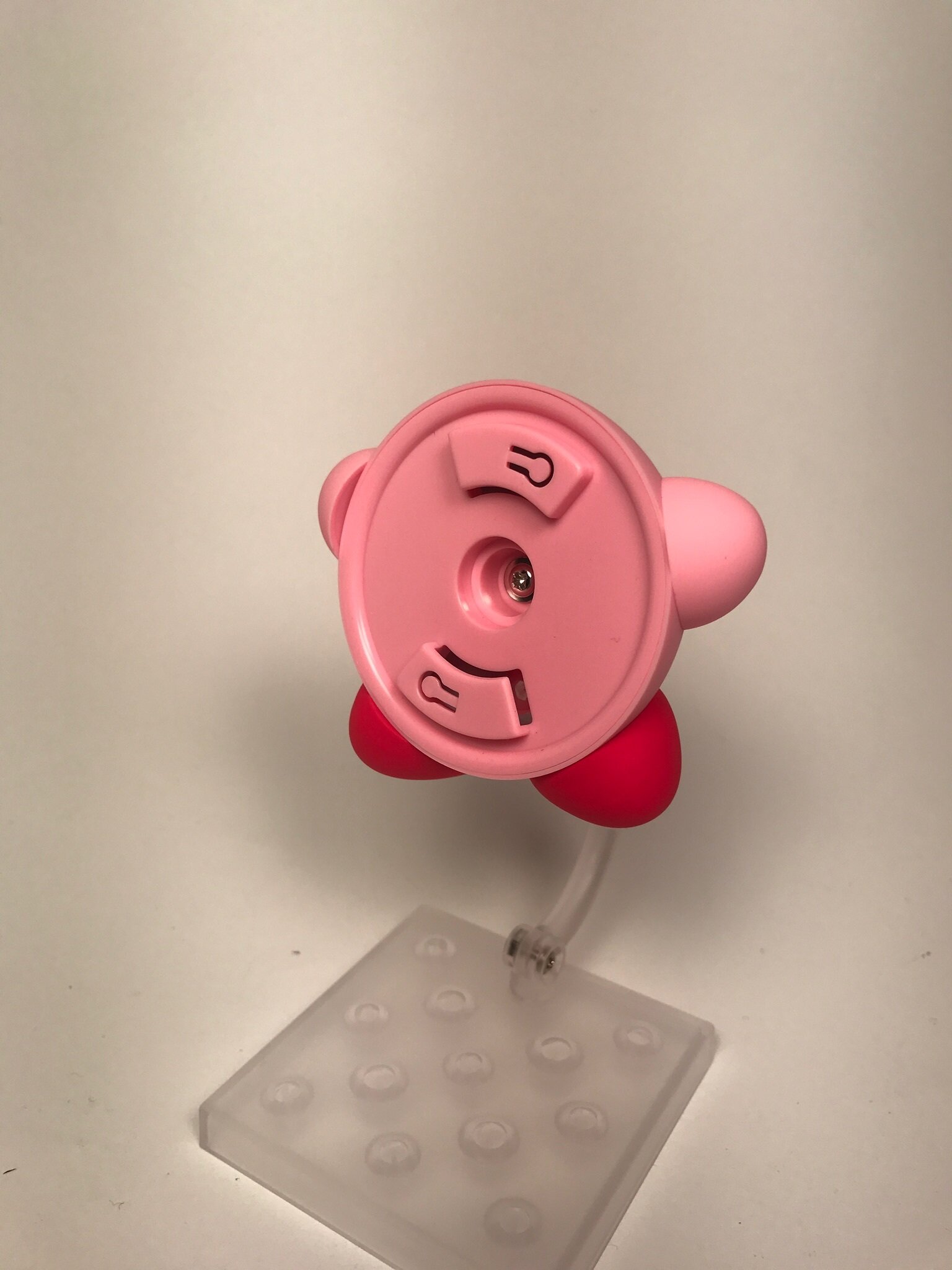 The figure comes with an angry face: 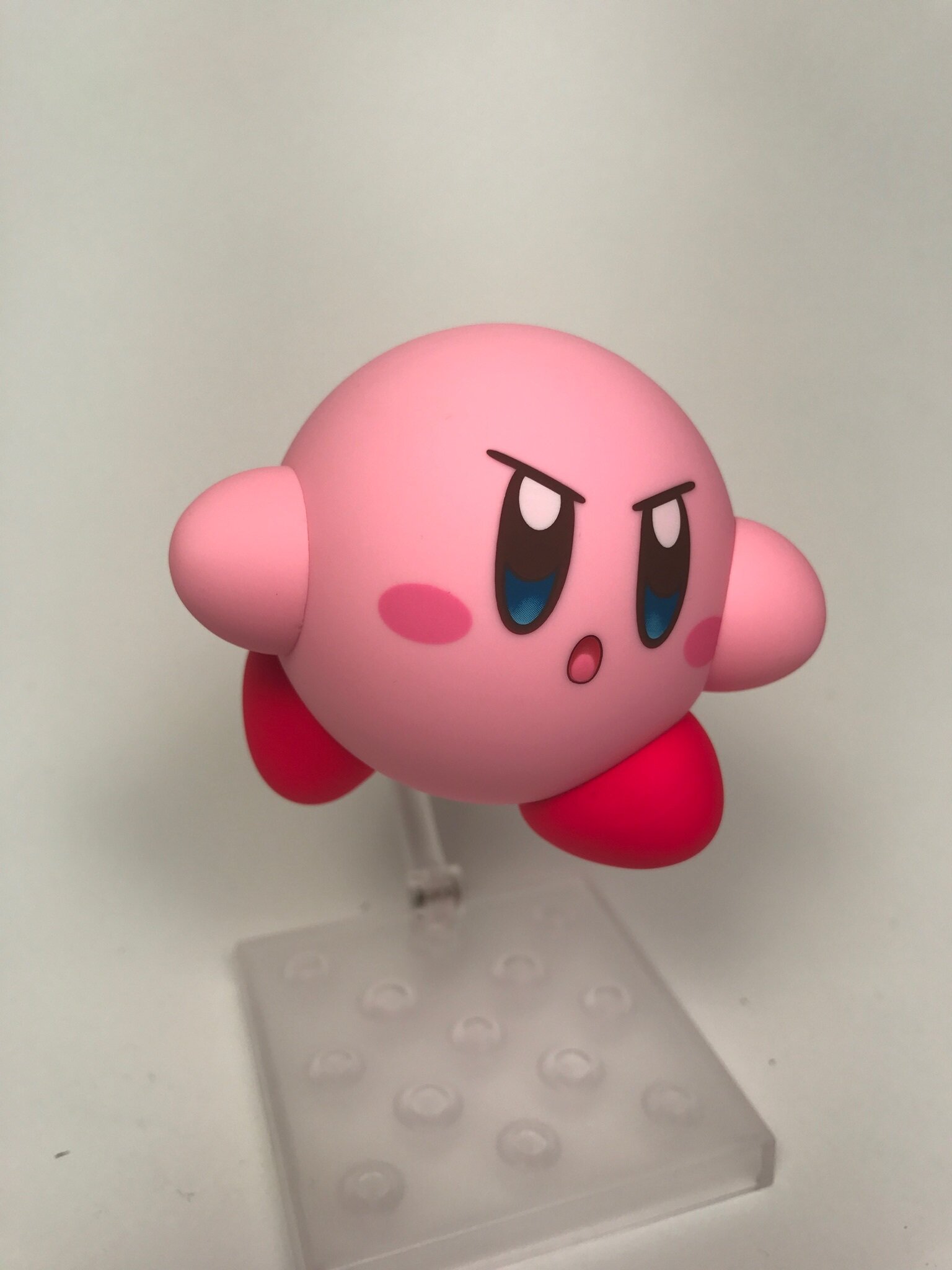 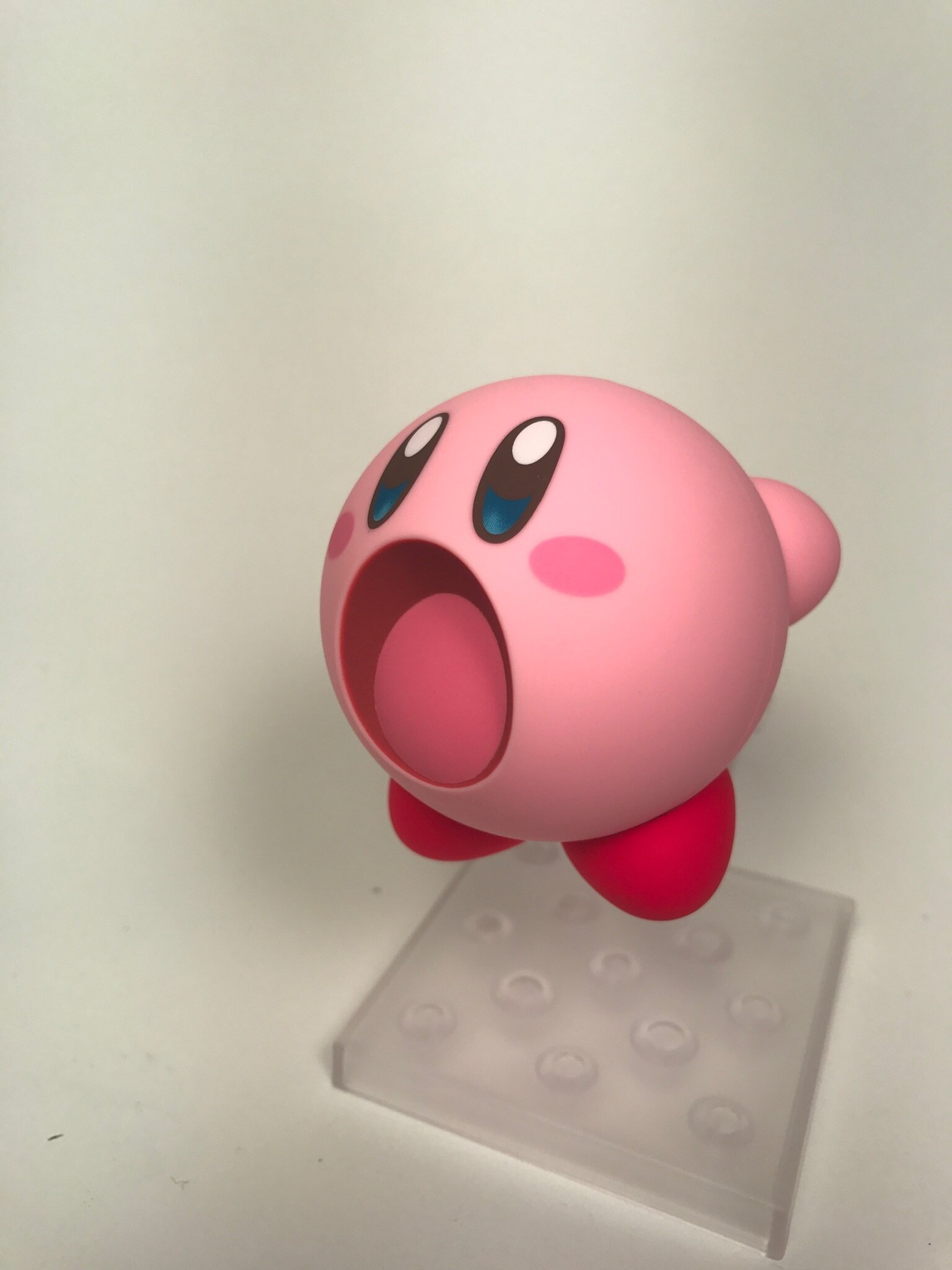 And a “balloon” face for when he is flying: 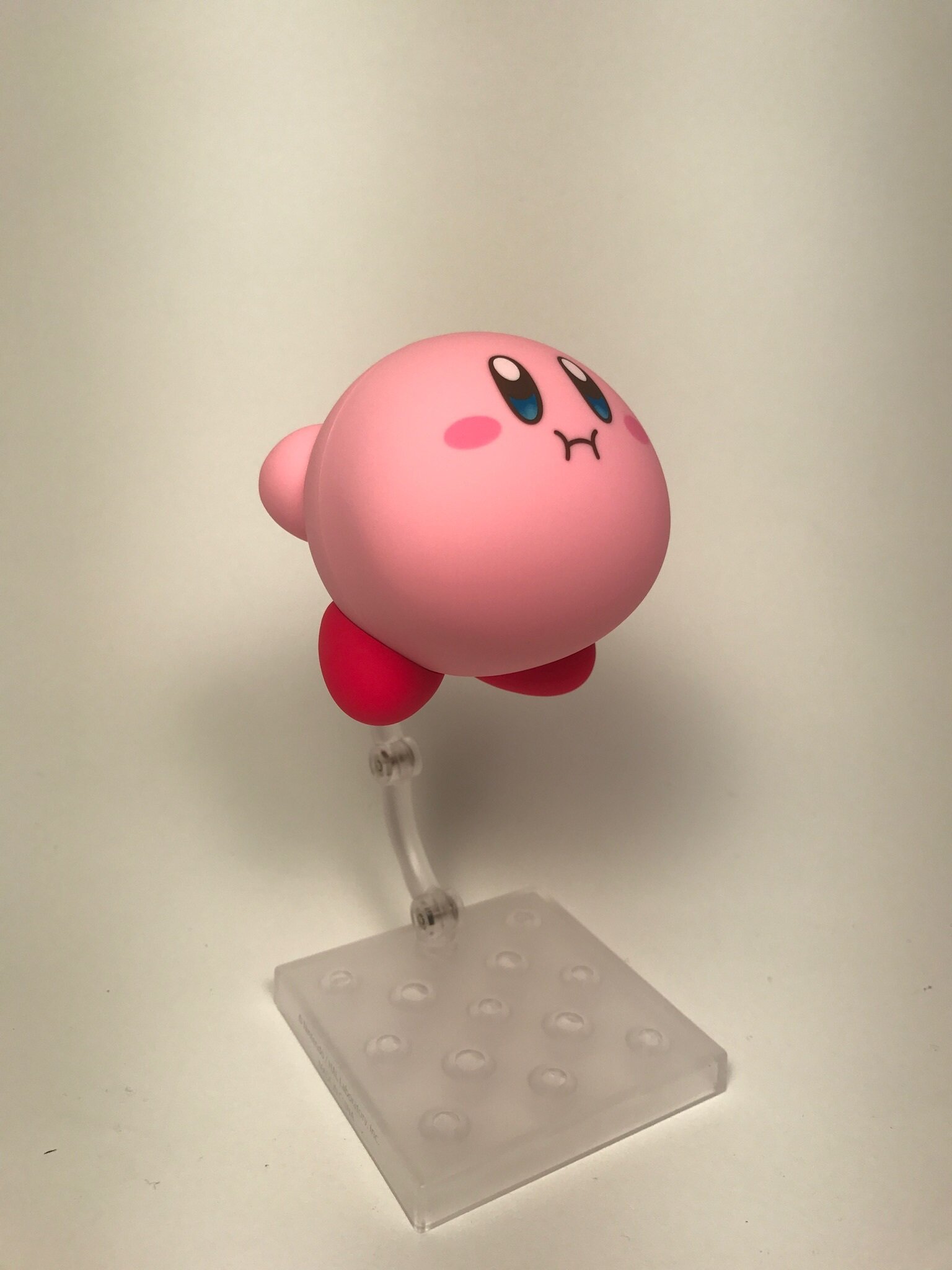 He also comes with some hats. The first hat is the fire hat that’s meant to replace his fire form. 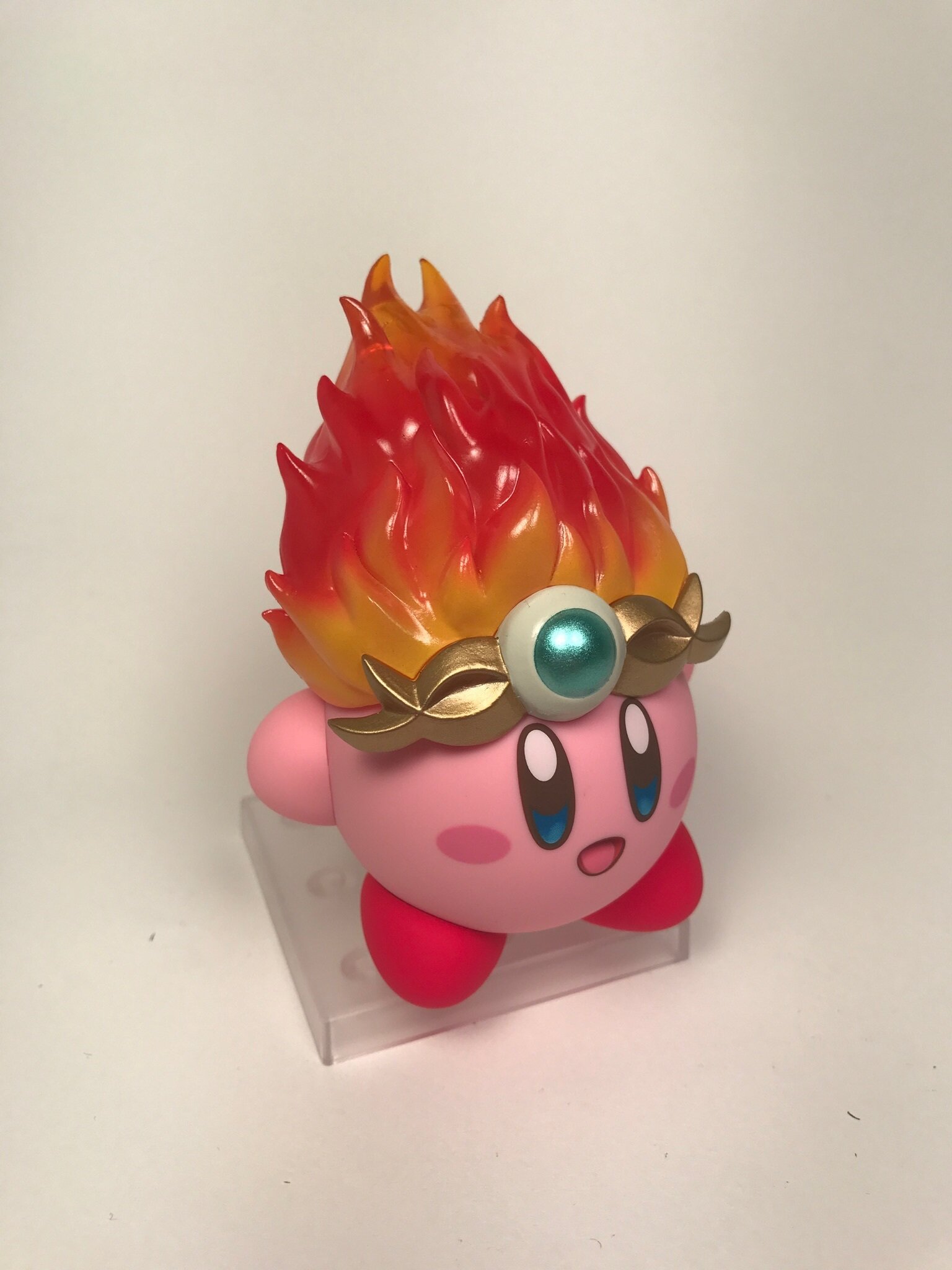 You also get a smaller stand that can plug into the base and the fireball. However the hole in the fireball is so tight that you rin the risk of breaking the stand or the effect peice. For the hat itself, the magnets in the hats are realy weak in comparison to the arms and legs and fall off easily because of how heavy they are. The also restric the movement of the arms wich can be a problem when posing him in his sword form. 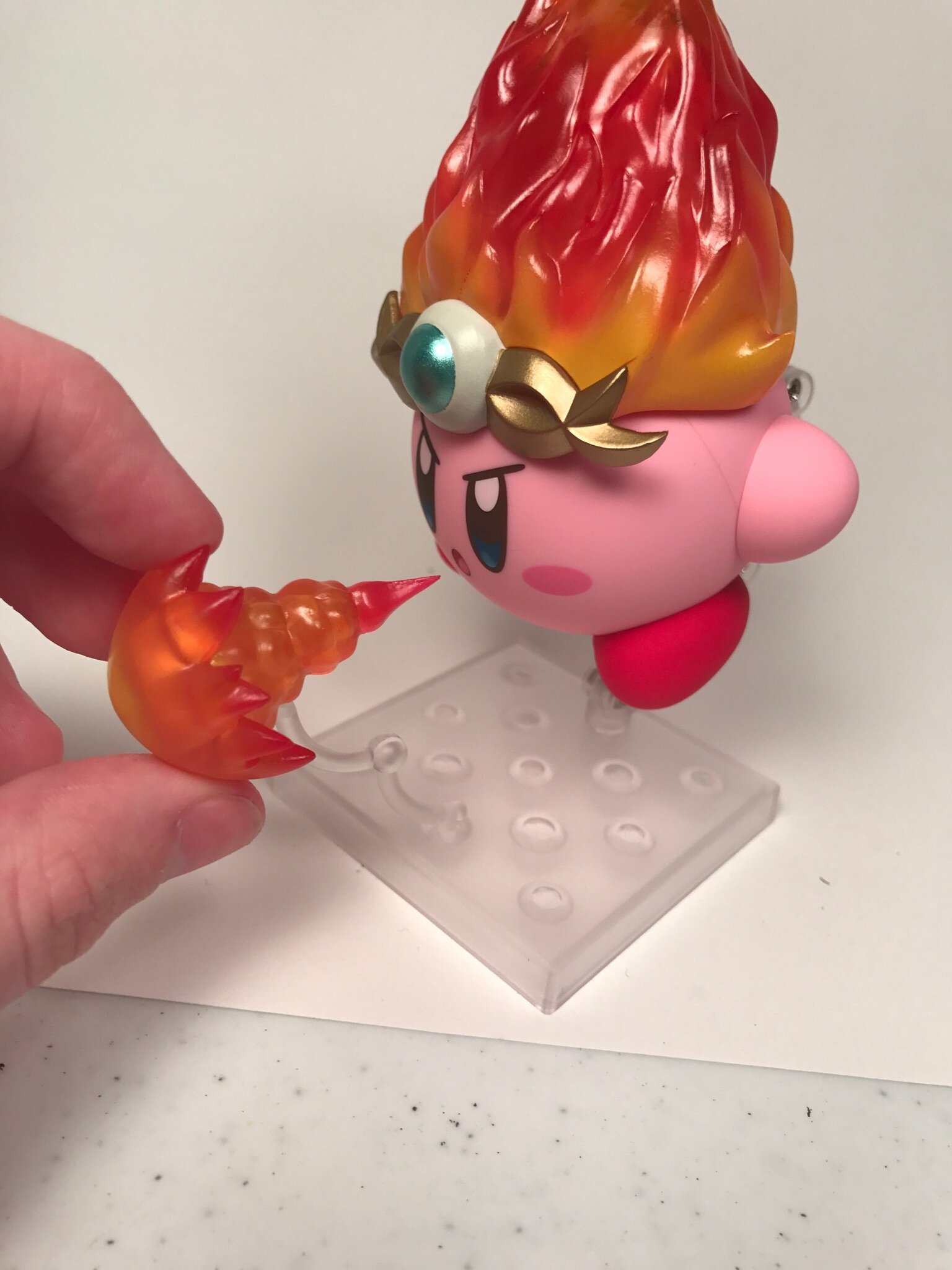 Another accessory you get is his grabby hand: 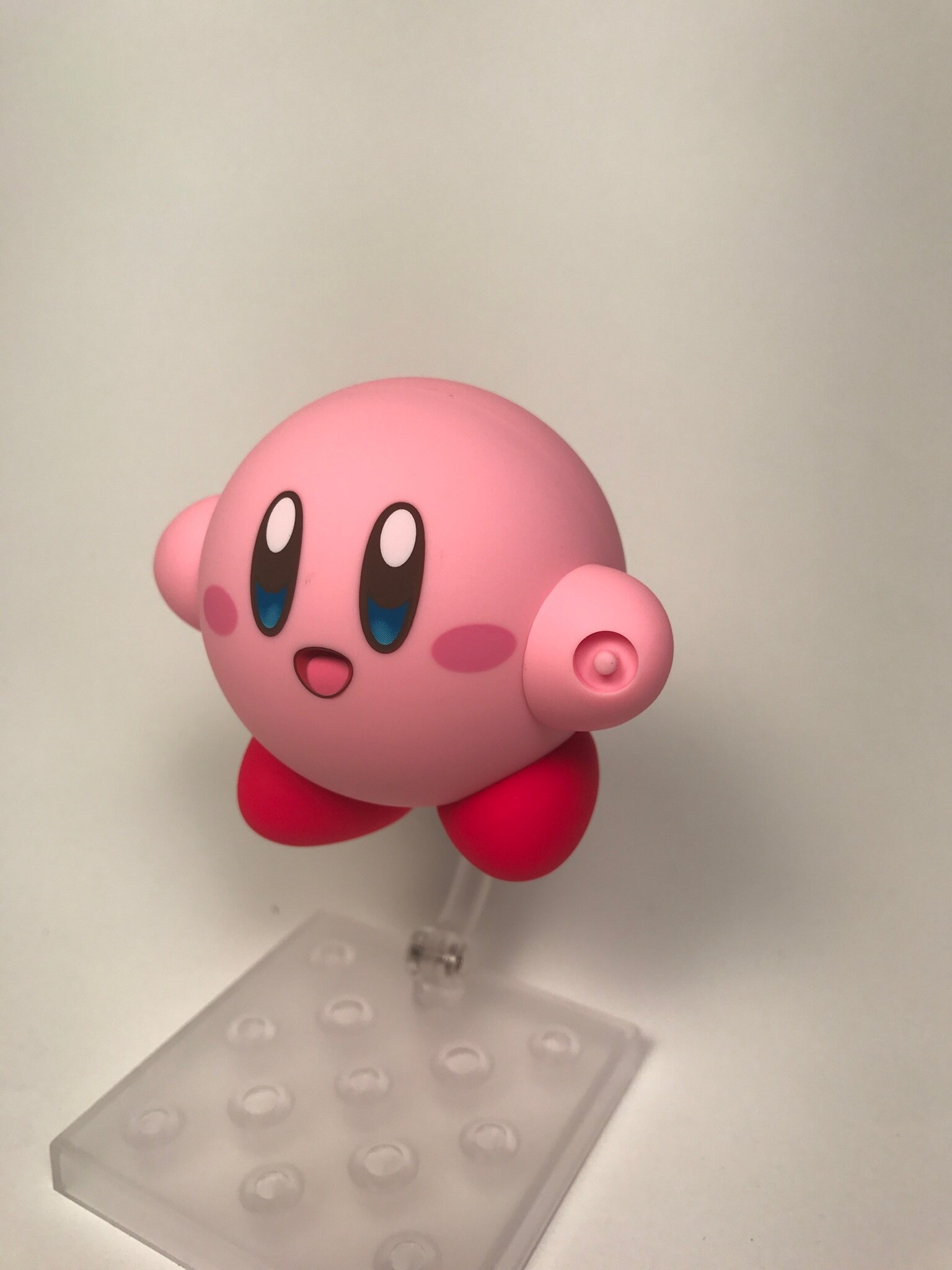 The hand can hold thing like his sword of the star rod wich he also comes with. 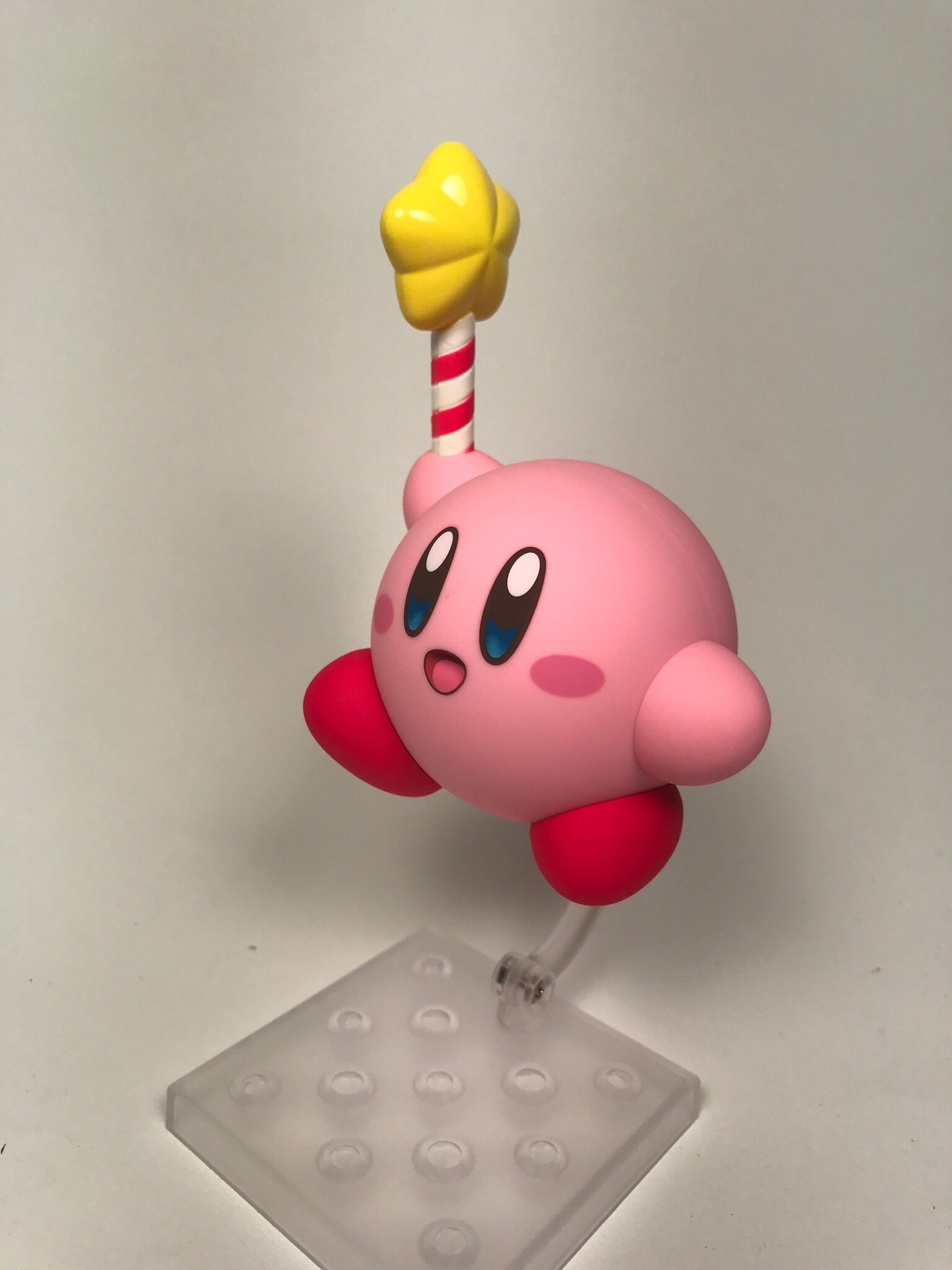 Combining this with his sword and Link hat, you get his sword form: 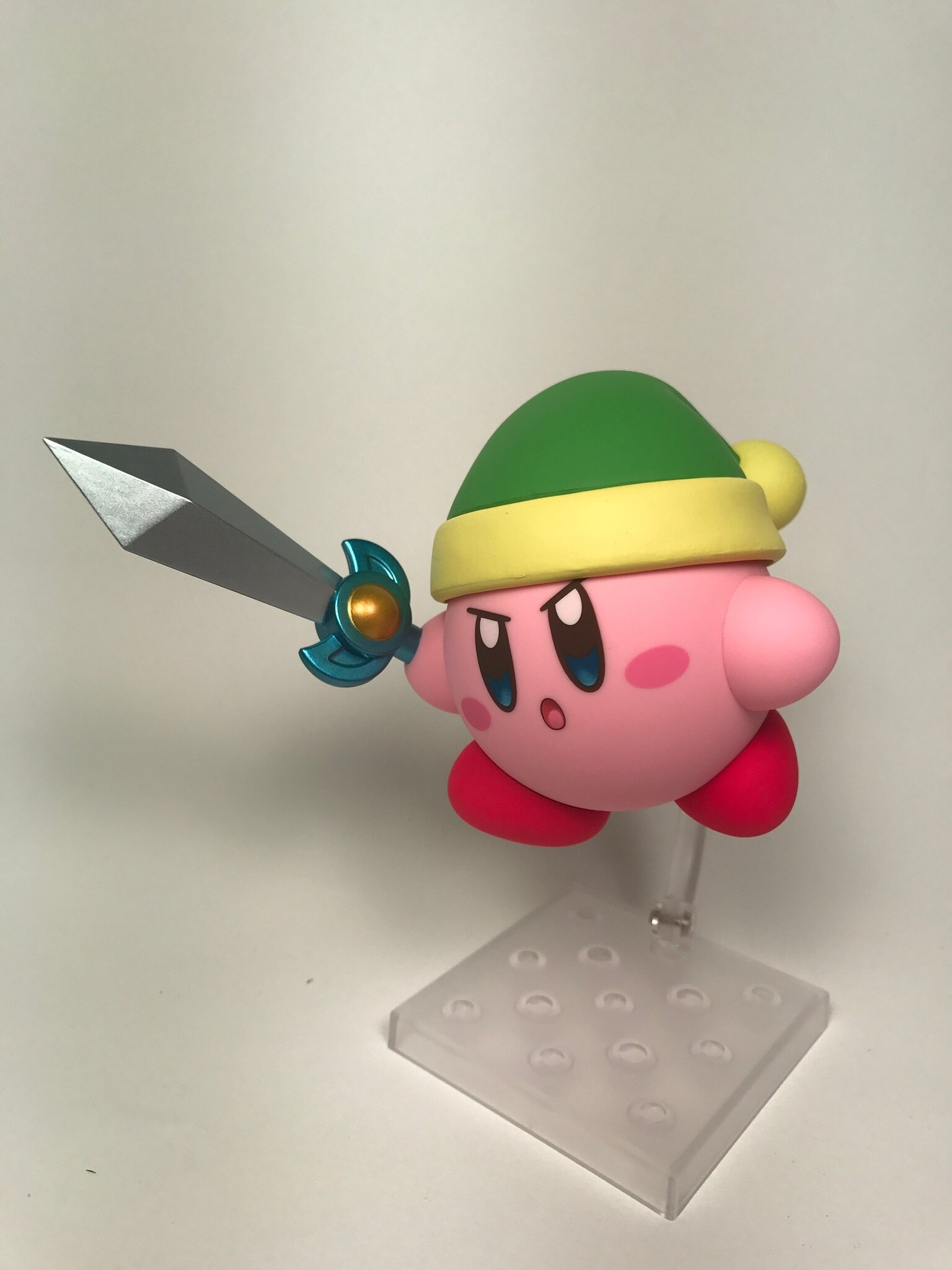 The sword form is lots of fun to mess around with and the sword itself is sharp and painted with a delicious metallic silver. Here asre some more poses: 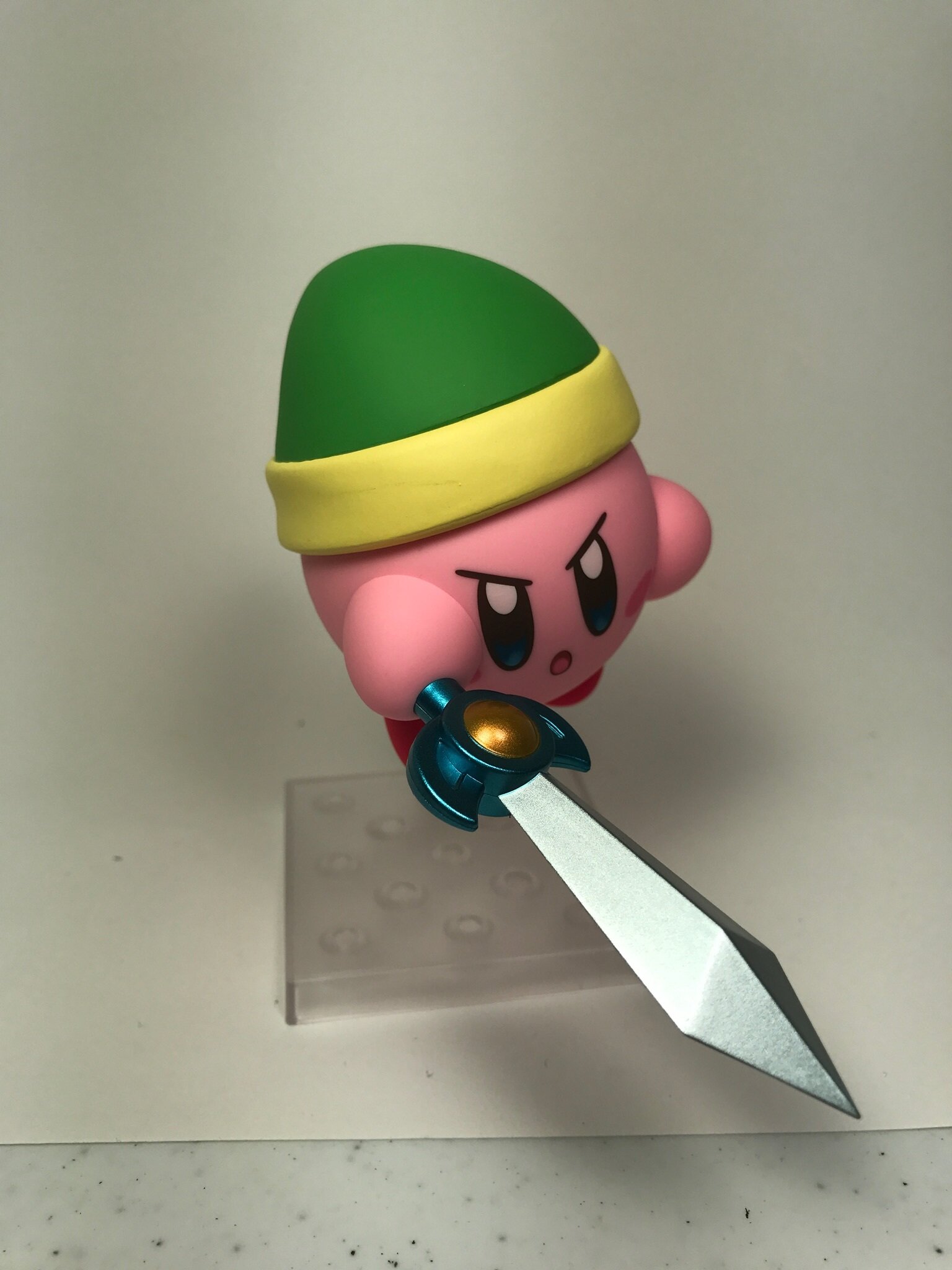 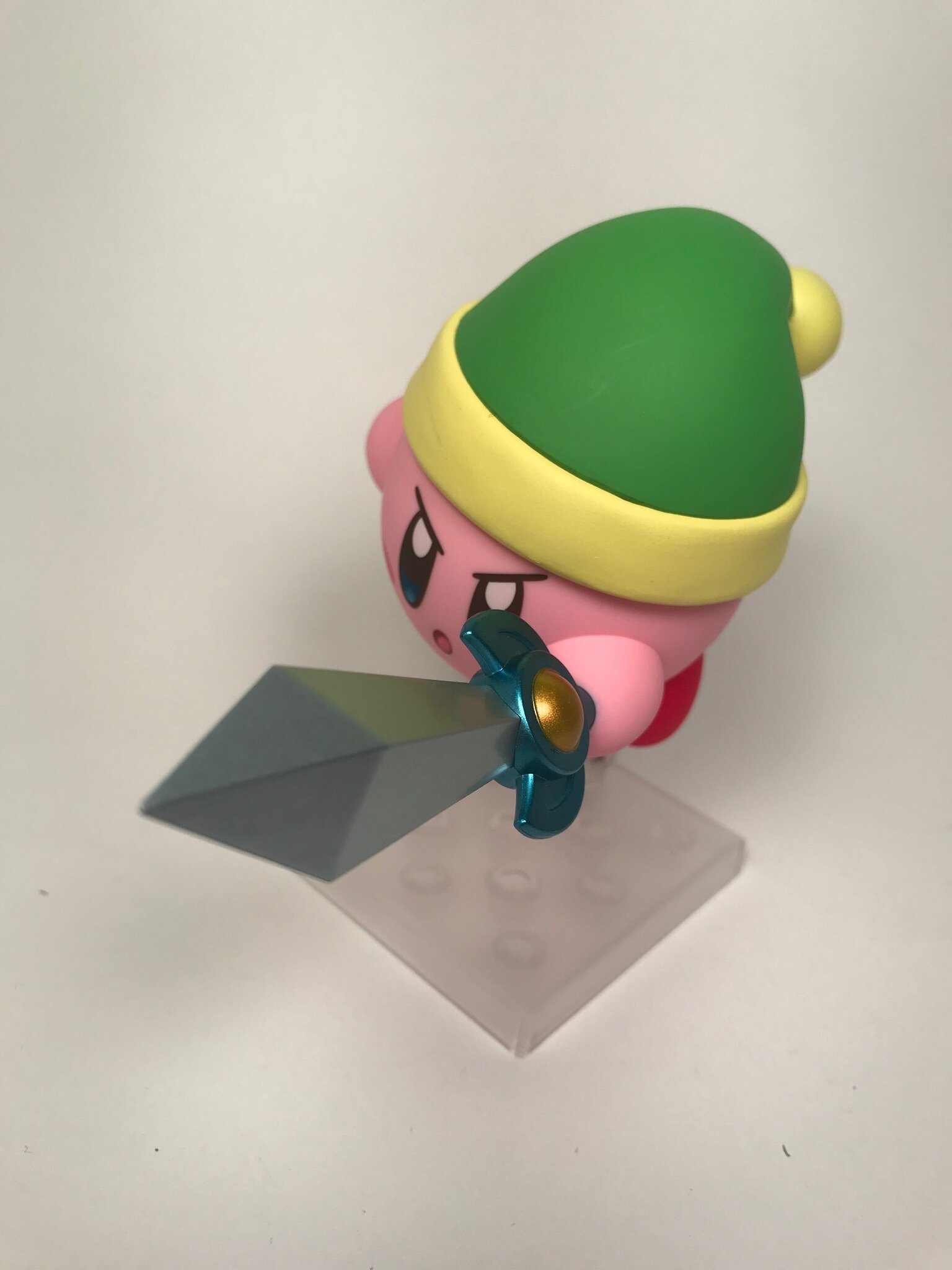 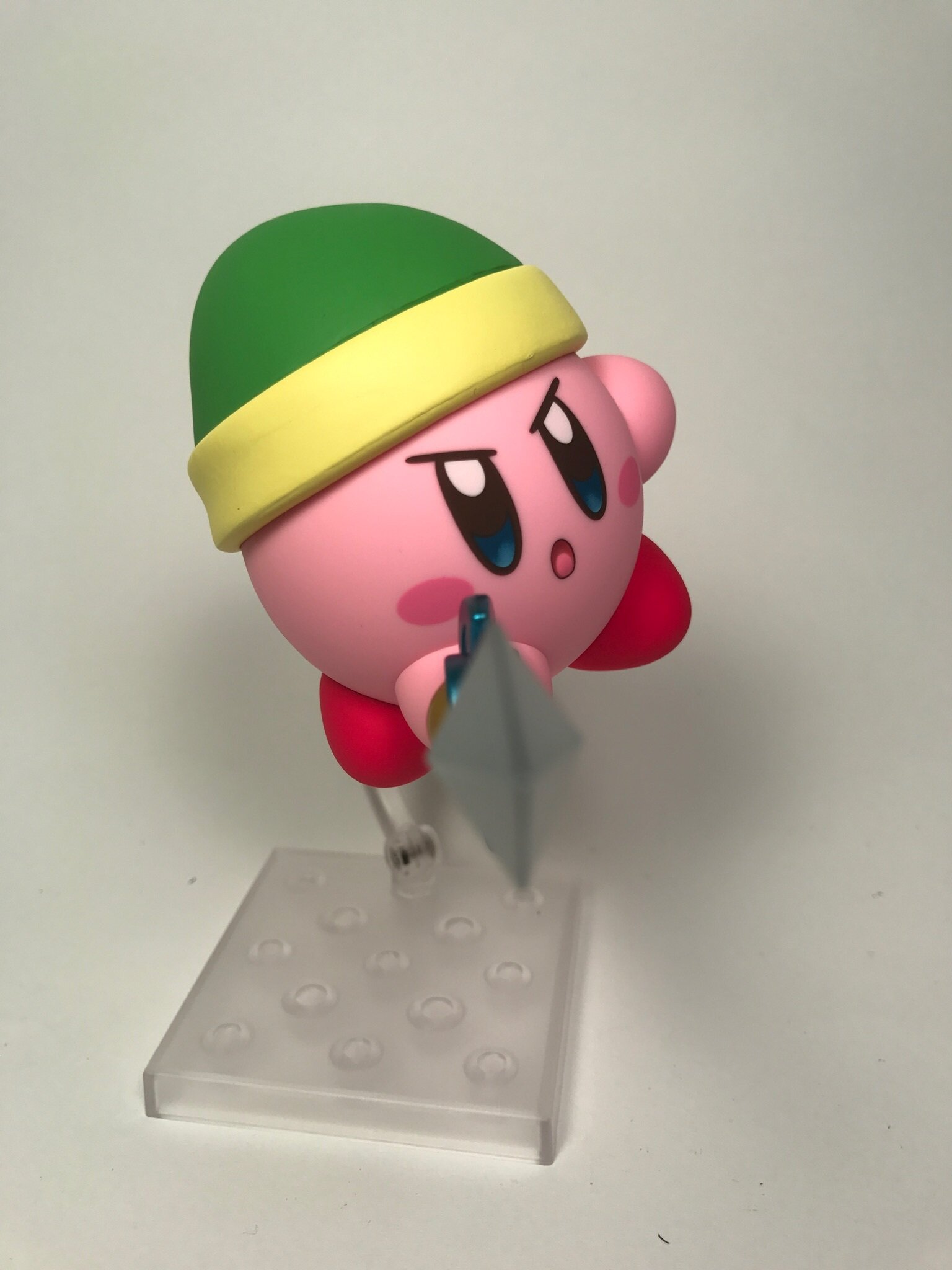 Here are some comparisons with some other stuff from my collection:
Fellow swordsman, Neca Heros of the Storm Arthas: 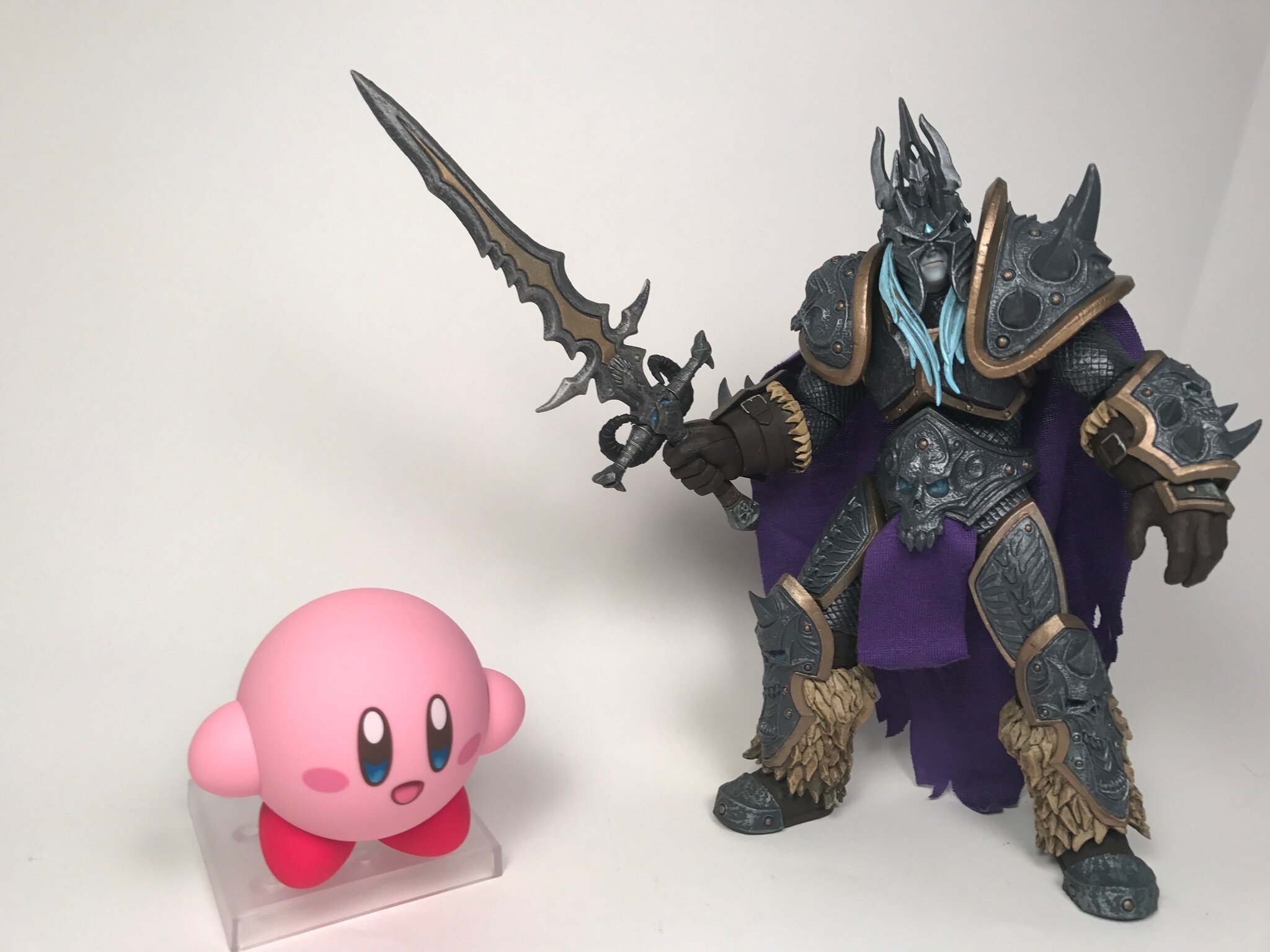 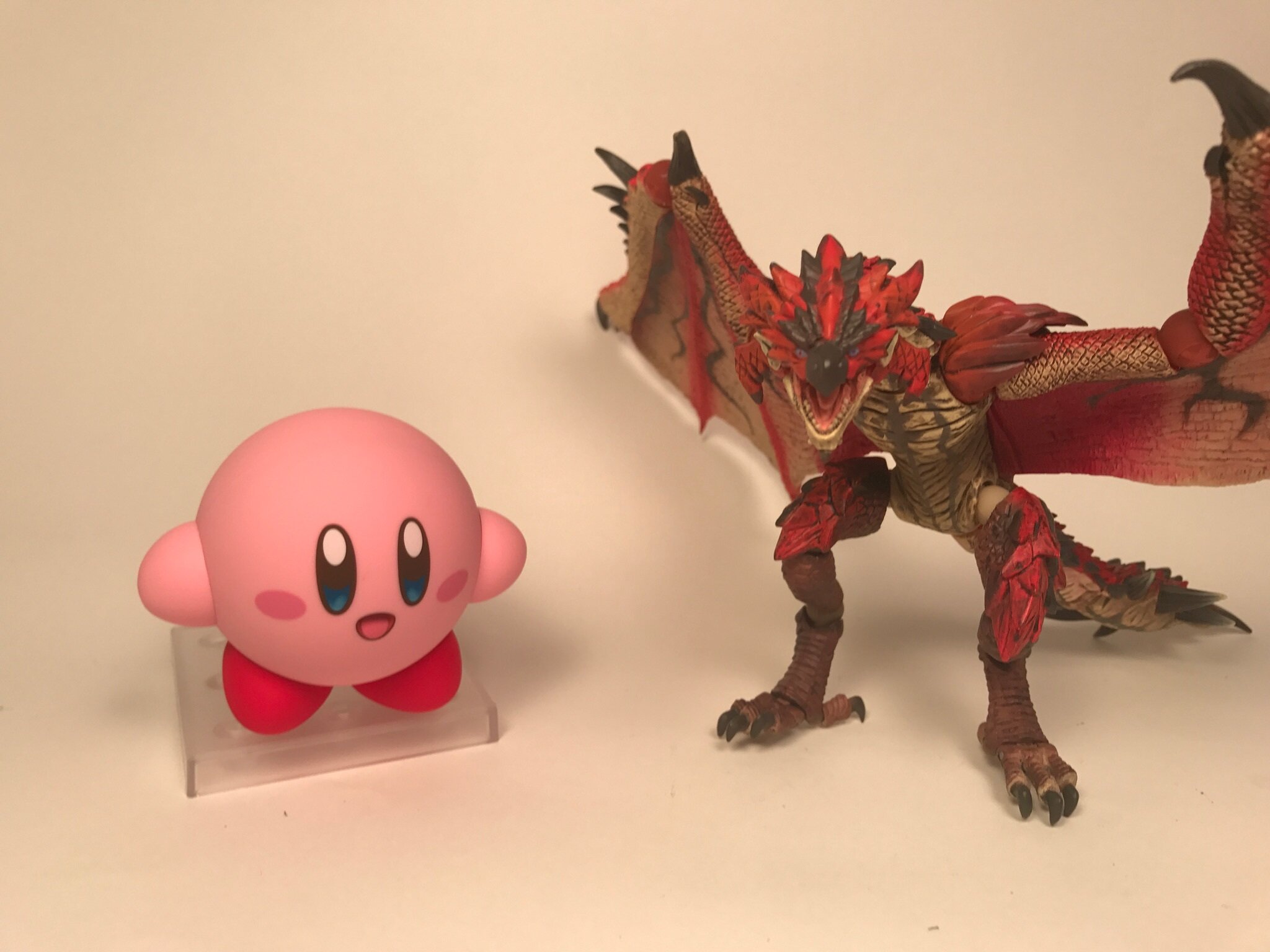 I may end up doing a review of this guy. 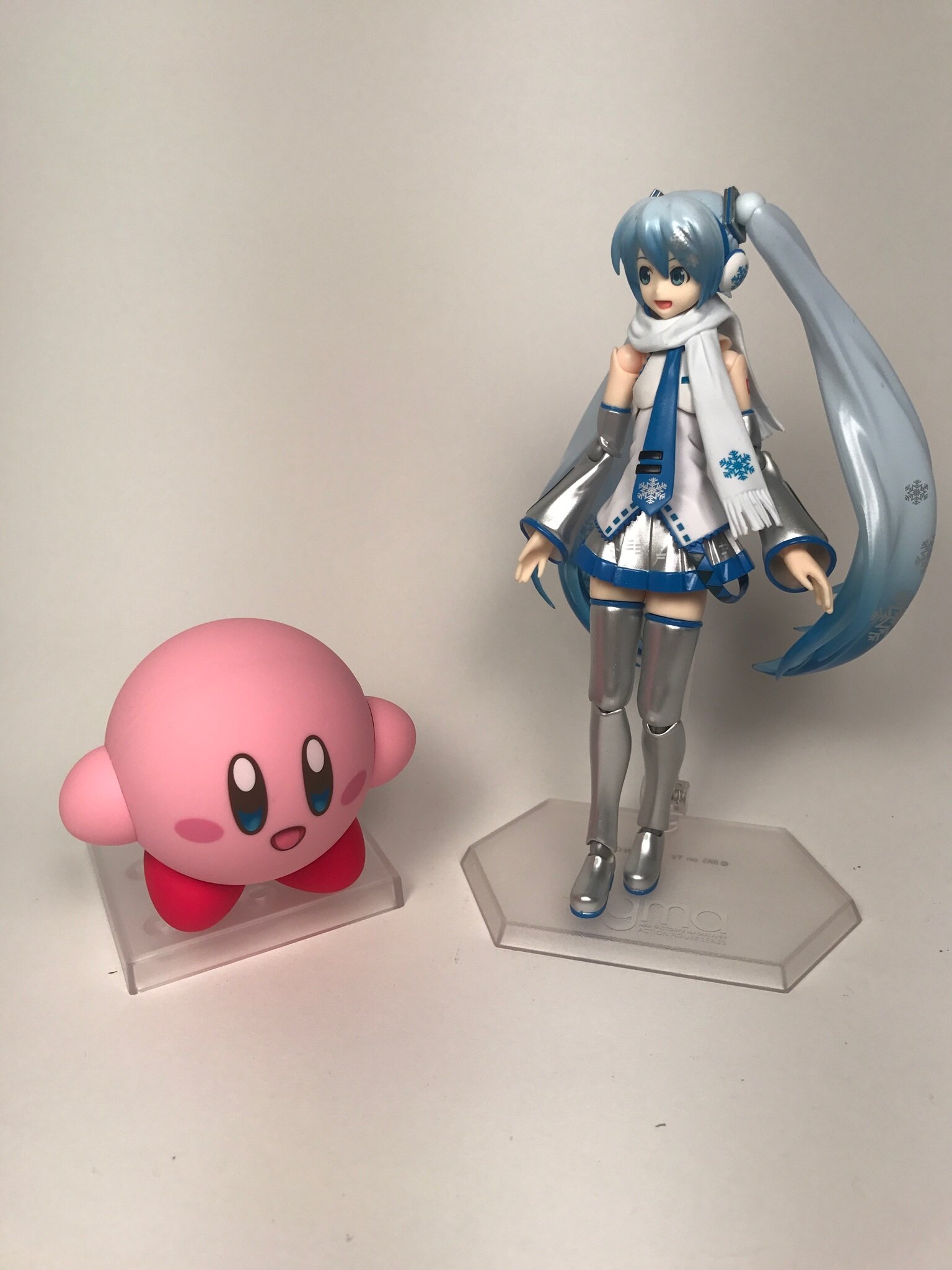 Cons:
*Magnets might get worn out over time
*Hats make posing difficult
*Hats fall off
*Risk of breaking parts
*Handheld accessories split at the base where they peg into the hand

Final score: 8.5/10
The figure is great but some problems bo bring it down a peg. Still though it’s a great item to add to any Nintendo fan’s collection.

I love this and I want it so much.

I think @Political_Slime would appreciate it too.

i think i saw this at pax this year, but told myself “NOPE I DONT NEED IT”

…i now think i need it

But yeah, great review. Out of curiosity, how much did you pay for it?

I picked this up for around 60$. There are better prices online but I picked this one up locally. On their site it’s 4,167 yen (40-ish dollars) but I don’t know if it’s still in stock. The amazon prices however often go over a hundred which is too much in my opinion.

i need this, now.

This is pretty accurate to how Kirby looks in the games, so I might get one of these…

Is it bad that I think lava beast should look like Revoltech Ratholos? 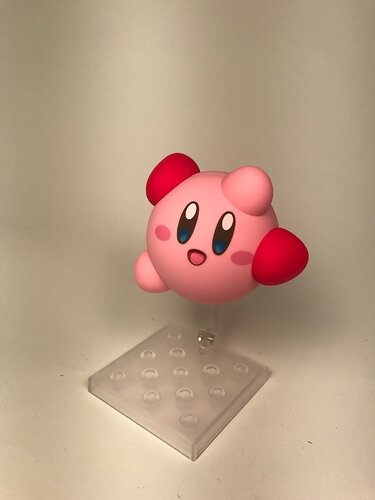 Man I’ve wanted to get this for so long