Hello Everyone!
I’m sure by now, most people have seen the images of the 2017 Nexo Knight sets and appreciate the new parts and minifigures.
Several new character designs can be seen and the new color scheme is awesome, but I for one believe that new ‘designs’ are all that are present.

Allow me to explain.
Almost all the Bad Guy minifigures can be compared to one that is similar in the first two wave of Nexo Knights.

Obviously the good guys and gals are all the same, Jestro is more or less himself, and the Book of Monsters is now a cloud.
But here is where things get interesting:

crust smasher 3.png1063×362 453 KB
There is really no solid way to back these guys up, other than the fact that Lego needed some random soldier minifigures, and the new ones appear in multiple sets. 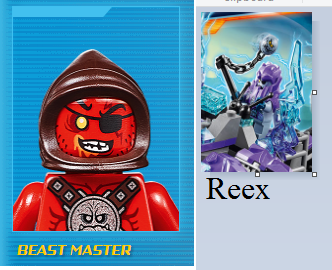 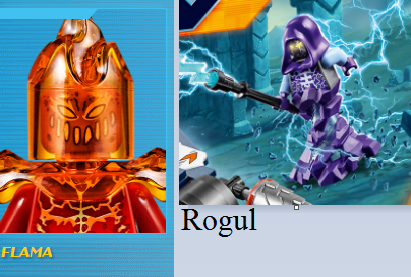 Both of these guys have a unique piece in place of legs. Flames for Flama, and rock-tornado-like-thing for Rogul.

The pictures say it all here. 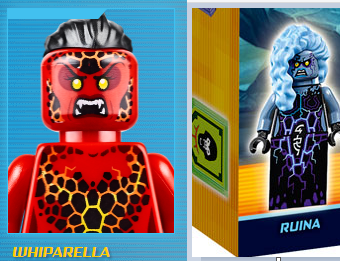 This one is a bit of a stretch, but I’m basing this similarity on the fact that both share similar mouth shaped prints and have a sort of similar rock pattern (at least in the general shape) for the torso prints. 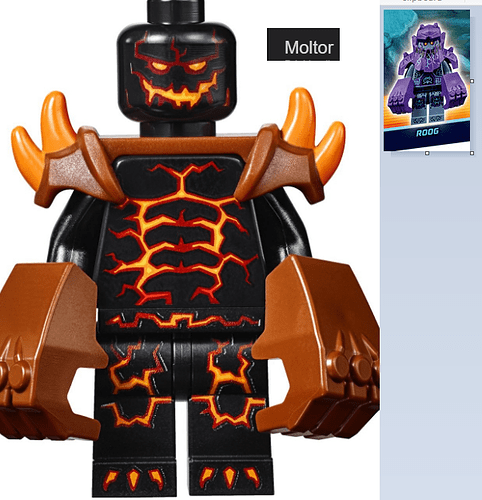 Both of these guys have metal gloves.

The only characters whom I could not find a similarity for were General Magmar, the bookkeeper, and Lavaria, three characters. The 2017 missing ‘people’ are these three faces!

So yeah, those are my thoughts.

On a completely unrelated note, @Mesonak and @Jon stated that the waist piece for the new Battle Suits are new pieces (Brickfeed podcast #27 at the 27:40 minute mark). I’m going to prove them wrong.

thing.png1043×412 427 KB
As one may see from Lance’s Mech the waist piece has a third balljoint.
The same 3 ball-jointed piece can be seen on sets such as 76059 Spider-Man: Doc Ock’s Tentacle Trap 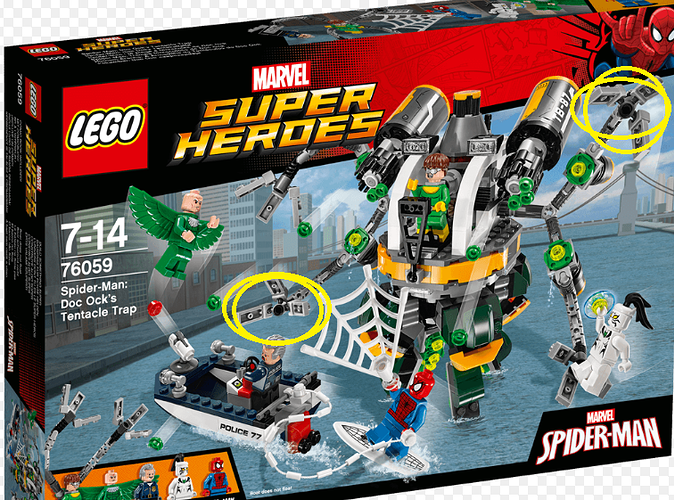 So yeah, sorry everyone. It’s not a new piece.

Overall, what do you all think of my theory? Would you say I matched them up fairly decently?
Feedback is highly appreciated!
Thank you in advance!

So, are you saying this is plot relevant? Or just pointing out the similar villain galleries?

I would probably say it is more plot relevant since there are a lot of similarities between the old and new characters.
Lego using the same themes for almost all it’s villains would be pretty lazy on there part, so I’m hoping it’s a plot thing!

@DarkHenrik
Yeah, I was a bit skeptical on the siblings part, so I was hoping no one would notice

.
If I remember correctly, Lavaria and Moltor were the only siblings that we know of. And obviously, Lavaria is not a brother. My rebuttal to this ‘3 brothers concept’ would be perhaps “Brothers in Arms.” Kind of like how toa were Brothers and Sisters as a title, but not biological.

You are definitely right about the “lightning” thing though, I saw 'Lighting" on the box art and assumed it was his name.

.
Thanks for your feedback! Your points are worth very much to take into consideration!

Yeah, I just saw my mistake! Whoops! Thanks for the correction!

@Hutere Some of them are a bit of a stretch but I think in the grand scheme of things it makes sense.

@Leoxandar Monsters fighting Monsters would definitely be a new concept for Lego and, if done right, could be popular overall!

@Brunamal I’m assuming one would only know who Monstrox is if one watches the show? (I haven’t in quite some time!

You are right about the lightning Globlins. However, there were two different kinds for the first wave - the regular red ones, and the yellow ones on Ultimate Beast Master, so maybe there are two kinds now as well.

I would probably say it is more plot relevant since there are a lot of similarities between the old and new characters.Lego using the same themes for almost all it’s villains would be pretty lazy on there part, so I’m hoping it’s a plot thing!

eh, from what i have seen that sadly does not seem to be the chase. 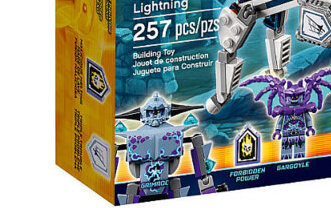 If I remember correctly, Lavaria and Moltor were the only siblings that we know of. And obviously, Lavaria is not a brother.

Lavaria is the master spy of the lava monster army.

Flama is the brother of Moltor, even though Flama’s name might sound female, he is male.

I can see it, I suppose.

I guess so. But It would seem more fitting for them to be an entirely new breed.

I do think that the 2017 monsters are just the 2016 lava monsters modified by Monstrox/the Book of Monsters’ transformation. That, and they appear to be made of stone, possibly indicating that, instead of creating wholly new monsters, Monstrox is now reduced to bringing things to life instead of creating things. Also, another point: there are already lightning globlins, they’re in Lance V Lightning and Three Brothers.