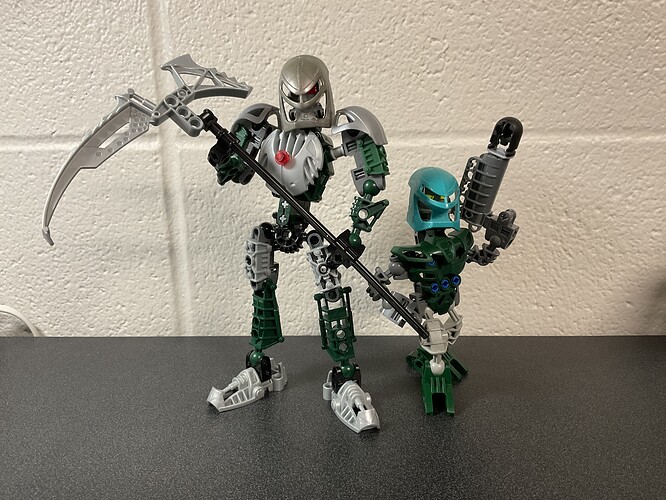 image4032×3024 2.78 MB
Tried to make a Nidhiki more In line with the old sets. While my regime version holds a place in my heart, it’s not quite complete. Then again, I’m not sure if the fanon contest will call for something more extravagant. Guess I was trying to make him as basic as I could. Wish I had a Volitak of any sort, but oh well. 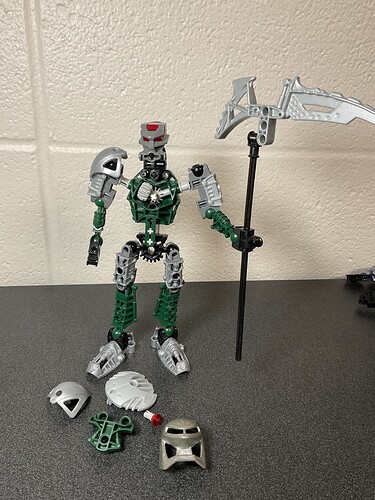 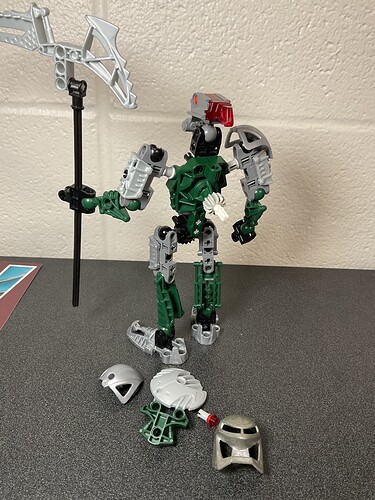 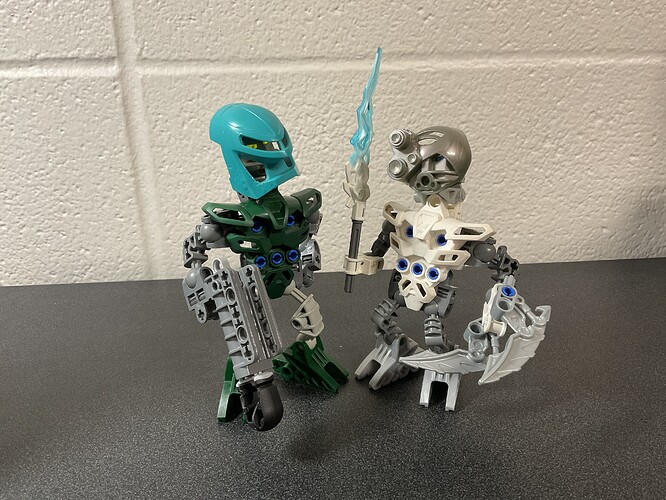 image4032×3024 3.08 MB
But most to my pride…I finally got Kongus mask!
Now I finally have a suitable Metru matoran Kongu for the regime lore.
Also I gave Matoro the silver feet I got, and a head with Icey blue eyes for him.
Now I’ve got them geared up for the Darkhunter War. Kongu wears upgraded leg guards to more easily ride his flying mounts(and I thought it’d serve his shape a bit better). 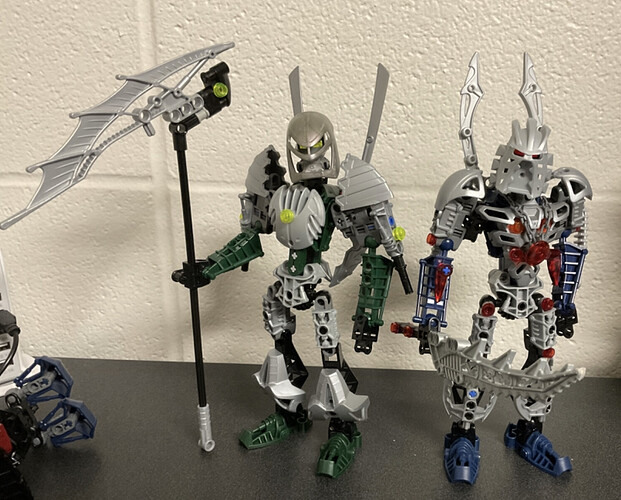 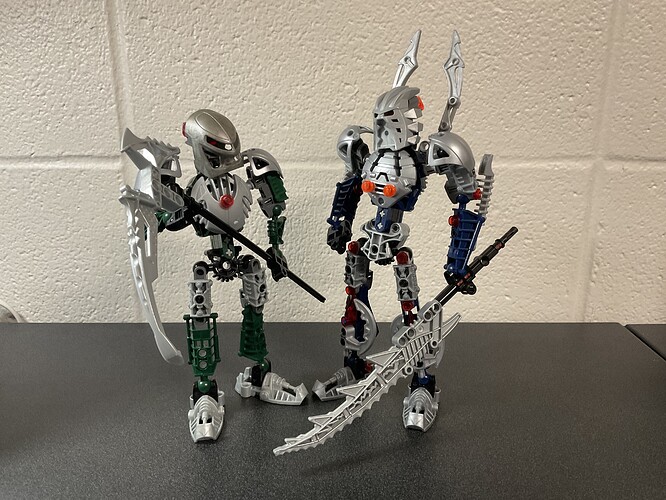 Nice, the scythe is cool, both armours look fairly nice.
Also, nice that Kongu got his mask.

Tuyet needs to be larger, so she can contain all her power.