This here, is a Nindroid Jet that I made during Toys R Us’ Bricktober Build & Play event on October 8th. It took me the entire build time at the store, which was from 1pm-3pm, to make it. This was because I have trouble finding the pieces I needed, since, as you can see from the pictures, the pieces were very scrambled up. Also, this is the first pure System MOC that I actually managed to build from scratch and finish. 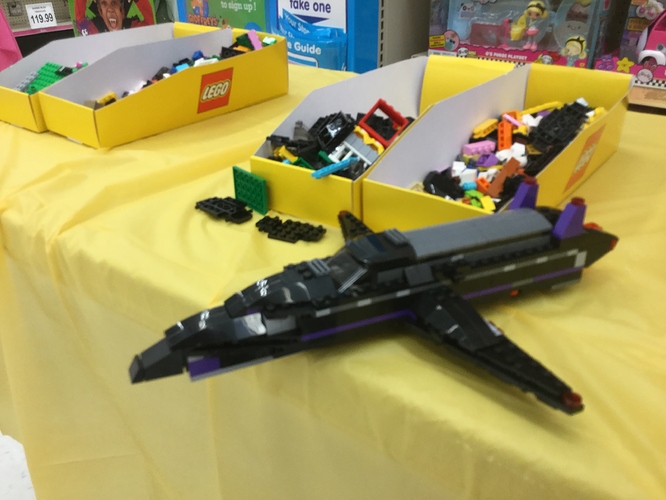 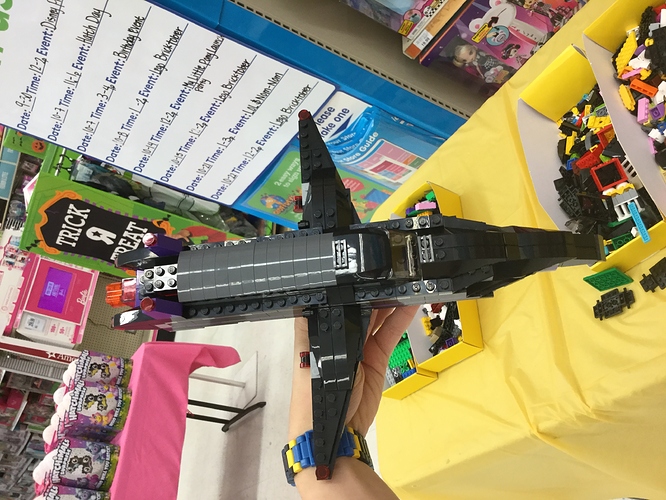 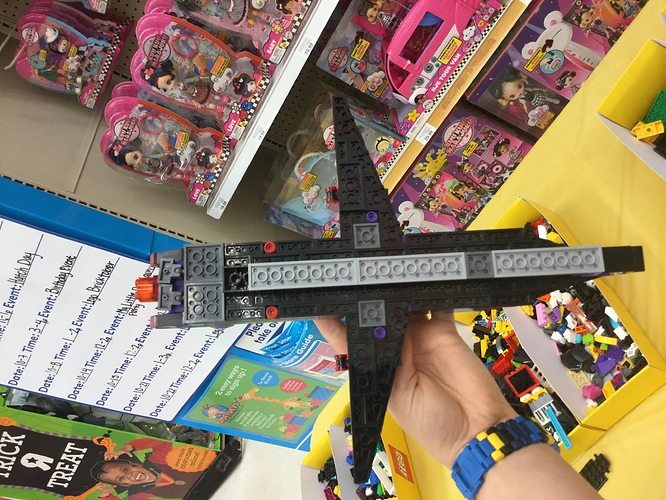 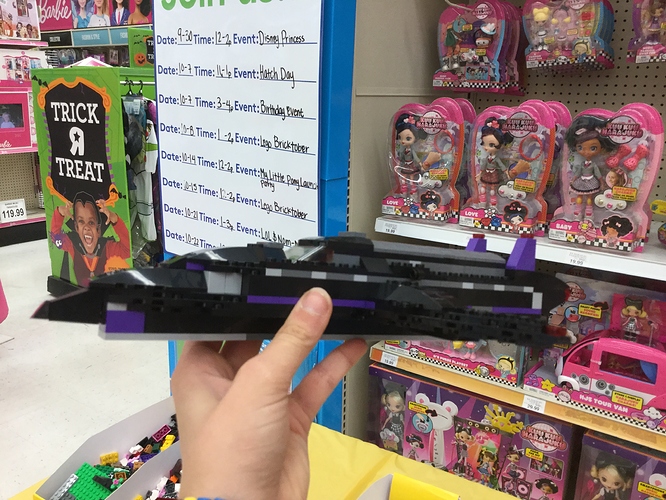 IMG_5852.JPG3264×2448 2.37 MB
I then managed to continue the body of the jet, by finding some 2x8 plates and using them to hold the 2x4 plates that I used for the base of the jet, but then, when I got closer to the tail, I went ahead and switched the 2x8 plates for some 2x6 and 2x3 bricks to serve as a sort of handle for the jet, similar to how set 9442 Jay’s Storm Fighter has it(which is the set that I used as a frame of reference(although I didn’t actually have the set with me, so I had to go off of memory)), although, i couldn’t find any 2x2 black bricks, so I had to use a 2x2 purple brick so that I managed to stay with the color scheme. 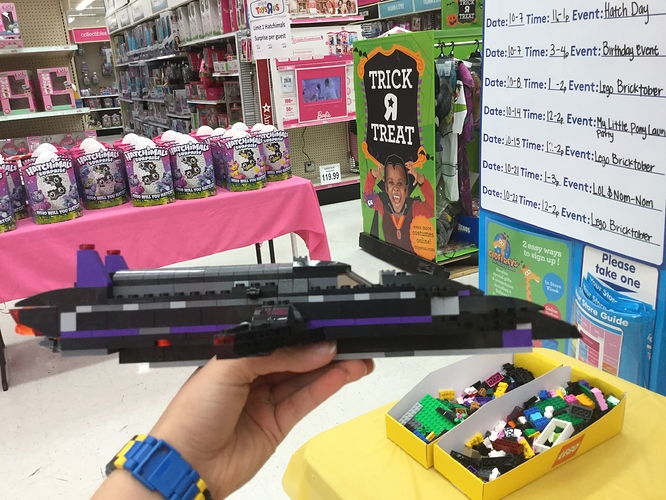 IMG_5853.JPG3264×2448 2.25 MB
Once the first layer of the base was done, and I had attached the wings, I went onto the second layer, which was with all 2x3 purple plates, to match up with the 2x3 purple plates that kept the wings attached, except for that 2x2 dark stone grey plate you can see there, which I had to use in order for the first layer to stay together, due to the fact that the only purple plates there were the 2x3s. After all the plates were done, I put those 2x6 angle shells on the nose to give it more height and shape, and then put a bunch of 2x6 and 2x3 bricks around the edges to give it that height and keep the wings on.

Unfortunately, when I went to get the nose better held together, there were no 2x4 black bricks, and most of the 2x4 bricks there were of the colors that didn’t match the color scheme, so instead of using a 2x3 and a 1x2(which wouldn’t have helped much for the angle plates I had to put on top of it) I went ahead and took the only 4 stud long bricks I could find that matched the color scheme, which were those 2 light stone grey 1x4s.
I then put a couple more 2x6 angle shells on the nose and the tail, but because I was running low on time, I went ahead and grabbed a wind-shield and used that to make the cockpit, which I had to use those Medium Stone Grey Bricks and Plates for, because there were no normal slope pieces aside from the 4 black 1x2 slopes that I put above the wings. 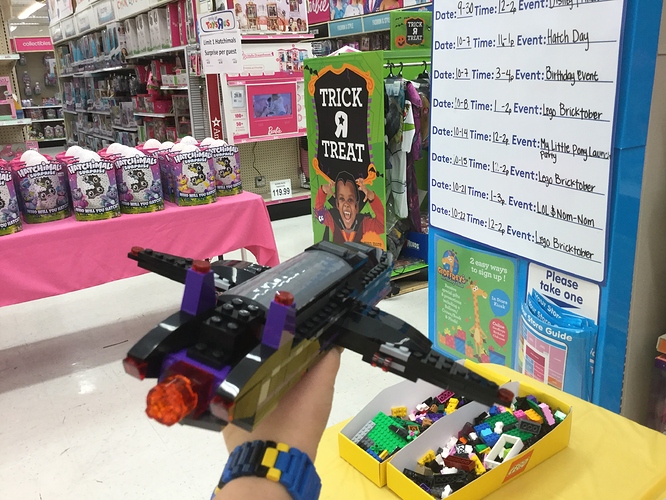 IMG_5854.JPG3264×2448 2.25 MB
Then on the tail, I originally gonna have just 1 Purple 2x2 brick in the middle and the black 2x1x2 slopes, next to it, but in order to keep the angle plates secured, I had to use 2 purple 2x4 bricks, and put the slopes on the edges. Although, this allowed me to put the trans. red 2x2 brick that I finally found in the middle. I then put trans. red 1x1 slopes on the ends of the 2x1x2 slopes to give some tail lights. I then added that trans. orange 2x2 round brick that I found to make it look like flames from the engine. I then added some more trans. red pieces that I found to the wings and the body to give it those red lights that the Nindroid vehicles are known to have.

Amazing use of limited parts!

Would look pretty cool alongside the Kai Fighter