Hi everyone!
For the 10th annversary of Ninjago I wanted to do my own little MOC project. I shared these builds over the last couple of days on Twitter, but now that I’m done, I wanted to do a nice topic for them here too. 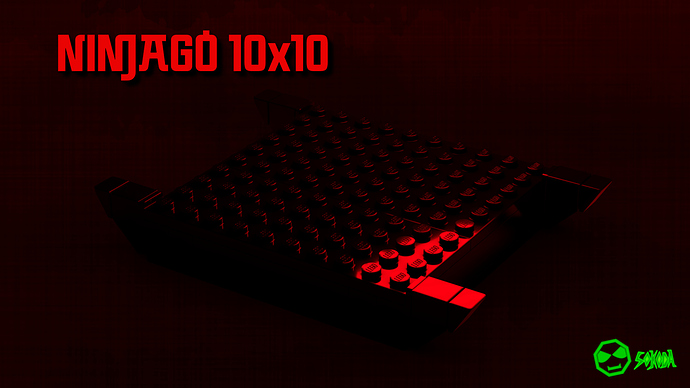 Like many other Ninjago fans I wanted to do something special for this milestone to celebrate the theme.
So I started a little digital MOC project to tell the story of Ninjago in a different way.
This project consists of 10 MOCs in total. All of these models are built on a 10x10 baseplate and portray different moments from Ninjago, one for each year.
Some of these are the big important moments you would expect, while some others are just personal favorites or things that really represent the year for me. 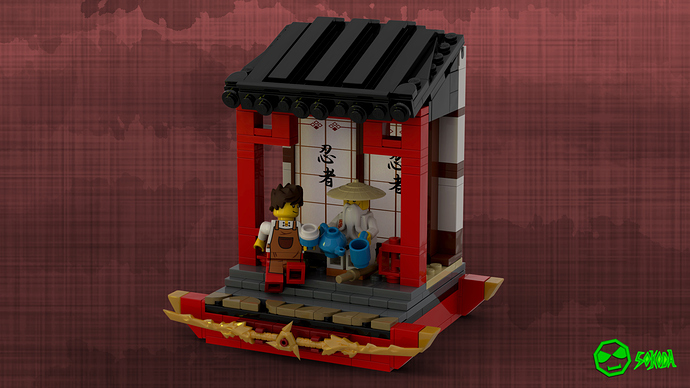 In 2011 it all started. And what a fantastic start it was. While this isn’t the most epic scene in the pilots, for me, this is the scene that sold me on Ninjago.
This scene set the tone: A cool action show, but always fun and lighthearted.
From this moment on I was hooked!

“Giant snake has wee, itty-bitty weak spot, that’ll be totally impossible to get at, because the thing is too ridiculously huge to do anything to stop it!” 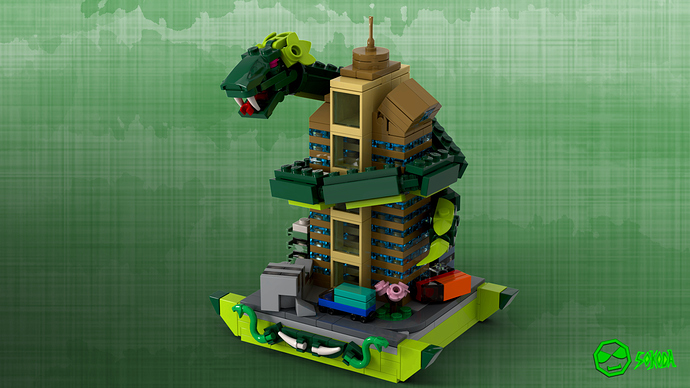 In 2012 Ninjago really showed what it could do. The Great Devourer was a threat like nothing before and a thrilling finale for this year.
I chose this scene because of the huge impact the Great Devourer fight had on the story going forward, sometimes in ways we never expected…

“For once the Green Ninja finds the instrument of peace, he will strike it and know the power of the Ultimate Spinjitzu Master.” 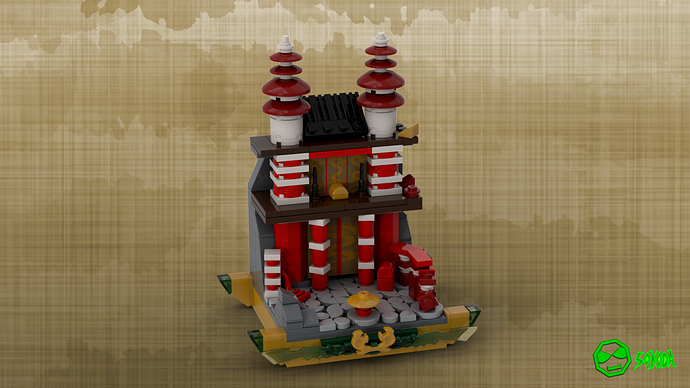 For my 2013 model I wanted to build the Temple of light.
For the longest time “Island of Darkness” was my favorite episode of Ninjago and I always loved the idea of the Temple of light keeping the balance in Ninjago, especially after the Dark Island trilogy.

“This isn’t about numbers. It’s about family.” 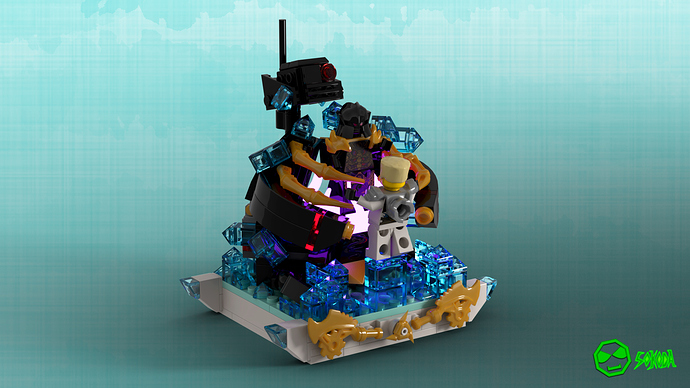 I mean everyone that knows me should have expectet this one! Zane is my favorite Ninja and this was probably the most emotional scene of the whole series and a perfect representation for 2014.
I just had to build it!

“I yearned to make the world in my image. I never realized I already had, in you.” 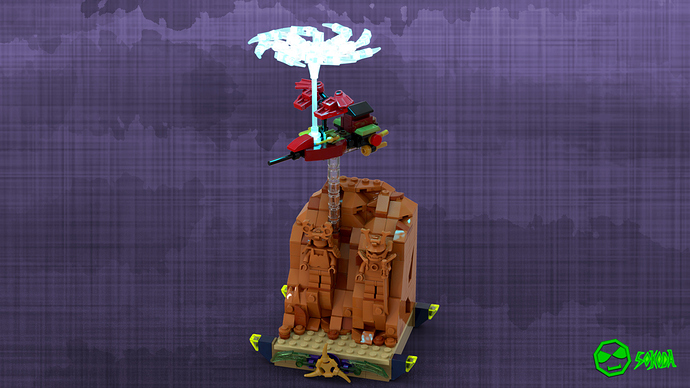 For my 2015 build I chose the Tournament of Elements finale. It is not only a perfect connection between the two seasons in 2015, it also literally opened a door to new worlds for Ninjago to explore. Something, which I think was a very important step for Ninjago going forward.

“I remember. I remember it all.” 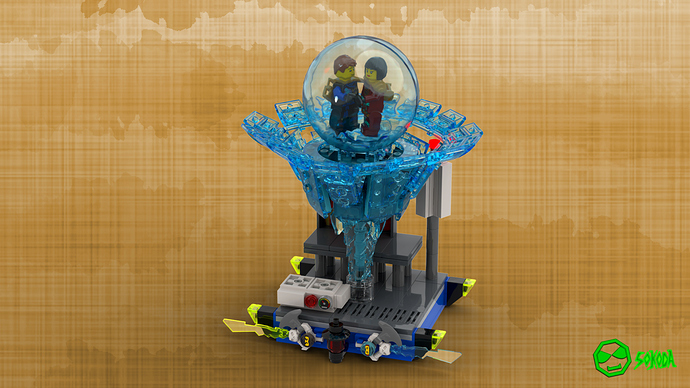 I was thinking about which scene to chose for 2016 for a while, but I decided to go with this one. I chose this scene and quote as little message to the fandom: Skybound happened and as long as these two remember it will always have an impact on Ninjago!

“Throw like no one’s watching, except your judging father.” 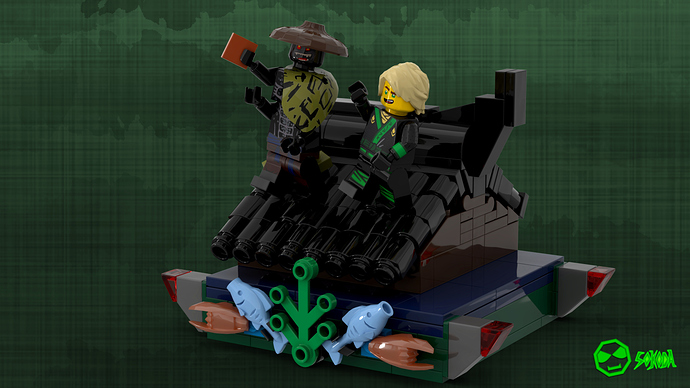 This one might be a bit of a controversial choice, but for 2017 I wanted to build something from the Ninjago movie.
The movie had a huge impact on Ninjagos future: It gave us the new Ninja designs, brought us incredible sets and introduced a lot of people to the ninjago community

“Long before time had a name, there was the realm of the Oni and the Dragon.” 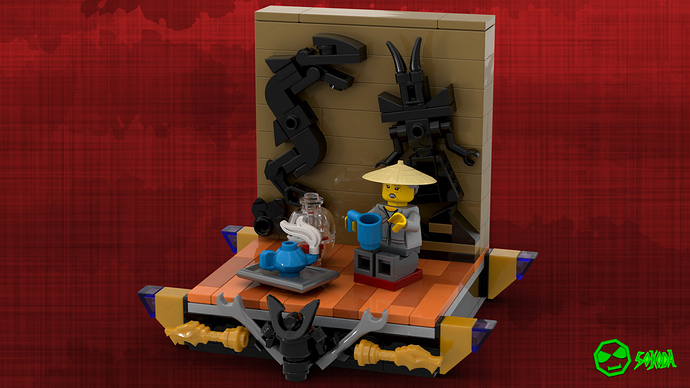 2018 was my favorite year of Ninjago, so it was a bit hard to find a good scene. But I think the Tale of the Oni and the Dragon is the perfect representation for it. In one short story, the lore of Ninjago was changed forever and new opportunities for epic stories got revealed.

“You faced destruction with dignity and courage, and you responded with creation and love. There is no greater response.” 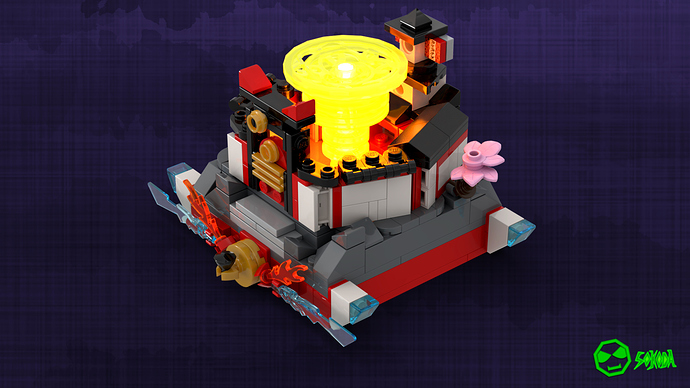 For 2019 I built the March of the Oni finale with the Tornado of Creation. Not only was this the epic finale of the Oni-trilogy, it also allowed me to use one of my favorite quotes and build the monastery, an iconic location brought back in 2019.

“I want you to promise me Cole, that you will always stand up to those that are cruel and unjust. Always!” 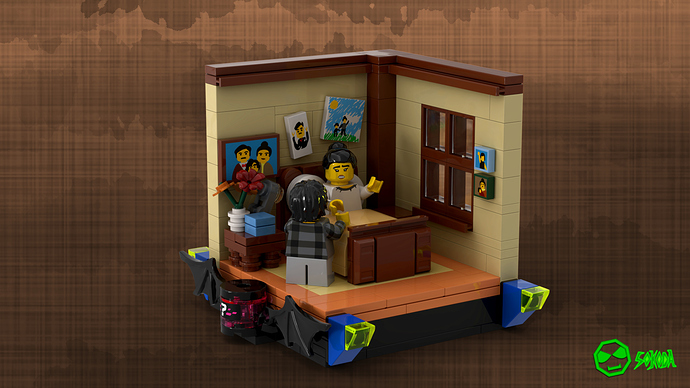 2020 was an amazing year for Ninjago. It managed so well to balance fun and lighthearted episodes with deeper story. While this build might represent the whole year very well. It is one of the most emotional scenes in all of Ninjago and a standout moment for Cole as a character.

These are all great, but 2018 is definitely my favorite. Awesome job!

These look incredible, my favs are Temple of Light and the Great Devourer

These are incredible, Sokoda! They are all spectacular! Along with the builds themselves, I love the attention-to-detail of the bases as well with various references to the year and/or season. Once again, keep up the great work! This is a fantastic tribute to 10 years of Ninjago!

All of this reminds me that I need to watch last seasons of Ninjago at once…
They are really cool! Though maybe a separate builds for Possesion and The Day of he Departed would be great addition. My favorites would be the first one and Zane’s sacrifice, for all those tiny ice pieces placed right where they need to be.

That’s because this is for each year, not each season.

I built one per year, some years had multiple seasons, so not all seasons got one!

I actually started to build a day of the departed one, before I did the Skybound build for 2016, this one will most likely end up as one of my weekly builds in the future

That microscale Destiny’s Bounty and Corridor of Elders is incredible.

I actually started to build a day of the departed one, before I did the Skybound build for 2016, this one will most likely end up as one of my weekly builds in the future

So… it didn’t end up as a weekly build, I just posted it on Day of the Departed this year, but I wanted to post it here too! 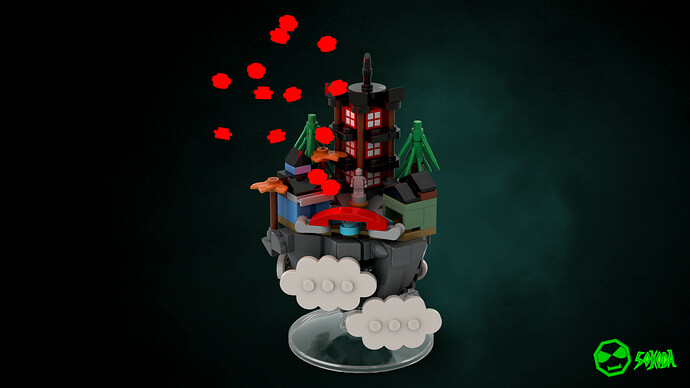 Happy a little late Day of the Departed

Awesome dioramas Sokoda 2015 is my favorite, the intigration of the brown figs into the rock to make statues carved from the stone is fantastic.

As someone who mostly stopped watching in 2016, this is really nostalgic. Thinking specifically about the serpentine brings me back almost a decade. The builds are great and the quotes are a nice touch.

I really love the ones representing Master of the Mountain and Skybound, as those two are some of my all time favorite scenes in all of Ninjago! (In fact, Cole’s flashback and Lilly’s quote is my favorite scene out of all 15 seasons thus far!)