Let’s see if I can create a thread where I post my progress on this art piece as I go along. I’ll probably edit this as I progress and add more stuff, so please check back often!

That being said, here’s my newest piece of fanart, made for a giant ninjago fan project: Samurai X!

Final edit: Wow, was this one fun to do!! It’s all done now, sadly. 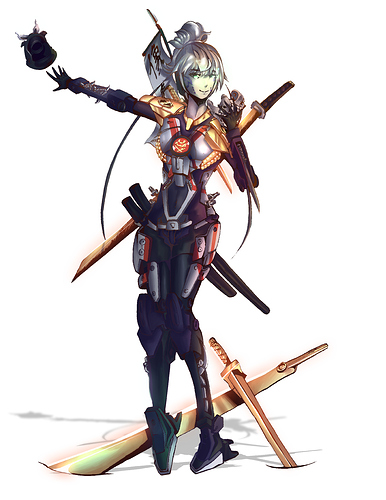 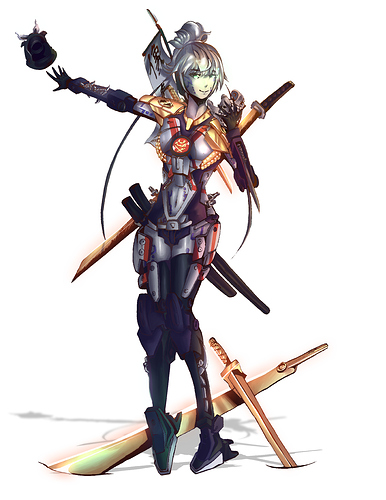 Added some effects. Had to tinker for a while with the glows. Was originally gonna have them be much more extreme, but it looked too chaotic. 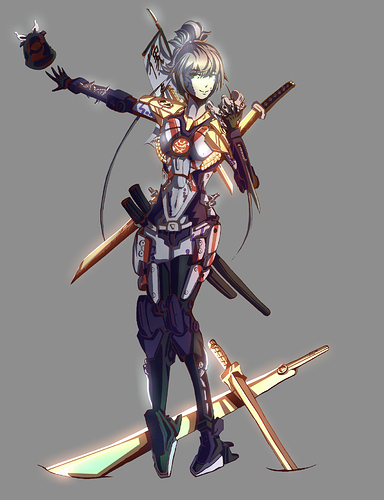 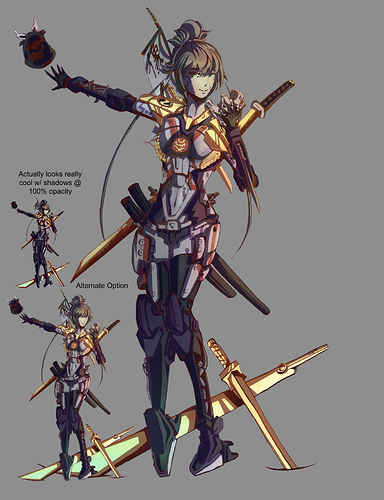 Pre-shading was REALLY fun to do. I’m new to that sorta style but I wanna get better at adding subtle undertones before I go into hard shadows. 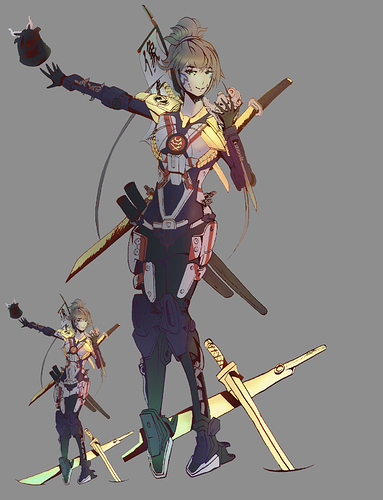 I’ve got the flat colours done now. Ready for shading! Also received some constructive criticism over discord about the hips, so I did fix the proportions too. 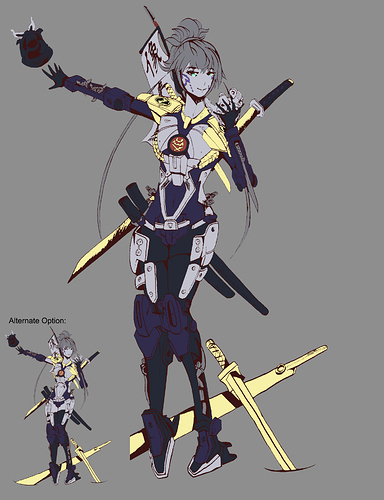 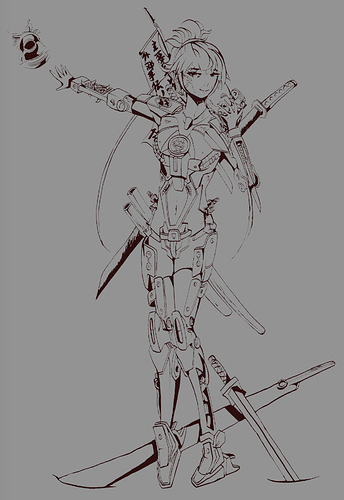 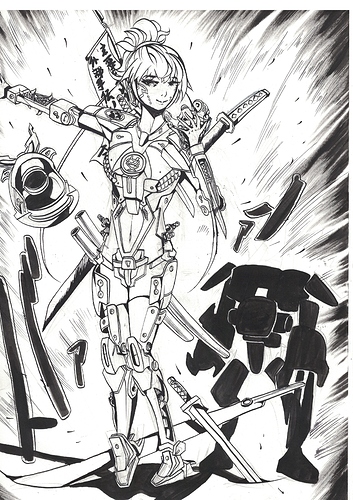 Pixal Poster2480×3506 2.25 MB
Pixal/Samurai X is my favourite Ninjago character, not only in terms of how interestingly written she is (I’m a sucker for explorations on sentience and the nature of humanity via robots) but also in terms of design - her & her mech. (Sadly, I fell out of the show during 2018 but hopefully I can pick up that mech on Bricklink soon before prices skyrocket.) For this piece, I wanted not only to create a nice manga-style sketch of our favourite female robot, but also make a believable draft for a plastic model of Pixal I could build in real life. See, I have a Frame Arms Girl kit (plastic model kit of a mecha girl) lying around that I wanna turn into Pixal eventually, and I thought I could use that design as a base, meshing it with the design of the Pixal minifigure and some 3D printing models I found on Thingverse. I also made sure to hide a bunch of Ninjago weapons into her body, taking advantage of the fact that she’s a robot. In any case, I’m excited to move onto the colouring stage!
24 Likes
N01InParticular November 11, 2020, 10:43pm #2

@N01InParticular Fancy seeing you again! Thanks for the kind words again!

@Winger I’m glad you think so! Thanks for the kind words!

@Axelford This was drawn with ink then scanned. As for the waist and legs, I noticed that too - fixed it, as a matter of fact!

@Lesnichiy Yeah, I like unique poses. Must stem from me being a jojo fan and even before that from me always doing wacky things with my bionicle figures. I’m glad you noticed the weaponry arms too! I thought, “well, she IS a robot, so I can stick any manner of things inside of her, really take advantage of the whole ‘hidden weapon’ aspect of the Ninja.” Come to think of it, Samurai X is more ninja than the actual ninja in the show, what with the concealed weapons, secret base, hit-and-run techniques and the hidden identity and all? Huh… (lol)

This looks quite good already, really fits the aesthetic to me.

This is really nice! I love your style!

Nice inking! Hmmm is this digital or traditionally drawn? I have some advice- the waist and leg area seems a bit uneven/small-maybe that’s just me?

Great art. The pose is kinda weird, but it makes it even more unique. Same goes for weaponry arms.