This time we took an odd combination, Onua Master, Lewa Nuva, and Ehrye because Onua wanted to have fancy pictures taken of him, Ehrye wanted to see some snow for once in his life, and Lewa wanted to get out of the house. Side note, Onua forgot to bring two of his masks, so we’re stuck with the PB&J mask.

First, here we are at Craters of the Moon in Idaho. Onua almost had a seizure from all the rocks and cinders and caves. Lewa just wanted to climb as high as he could. 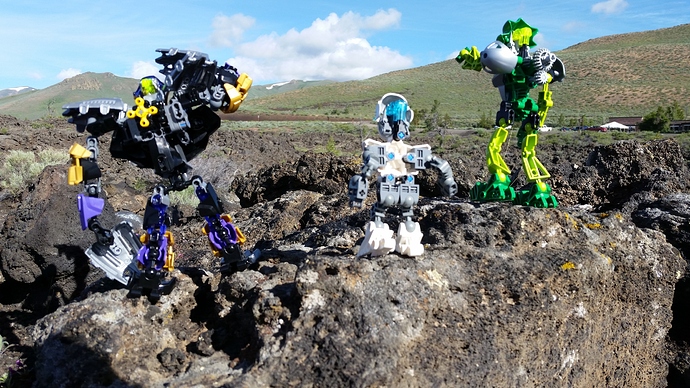 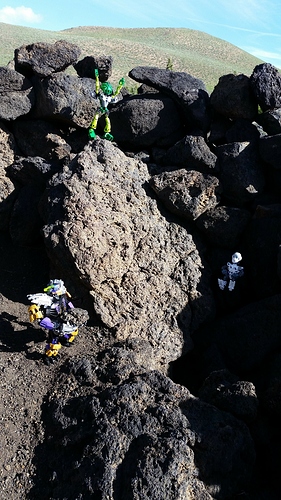 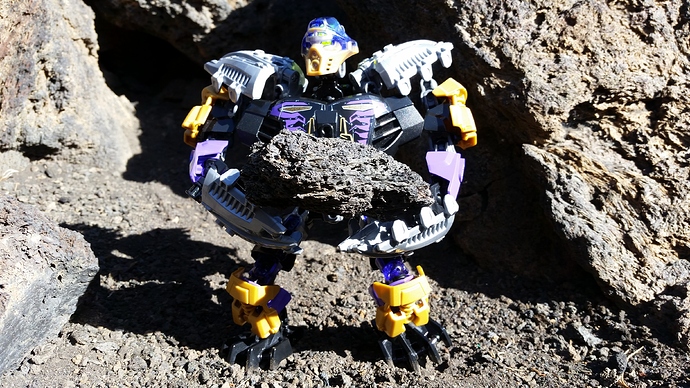 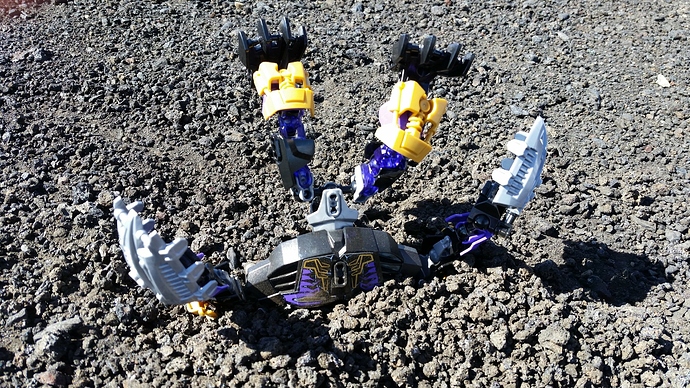 Onua tunneled into a cinder cone 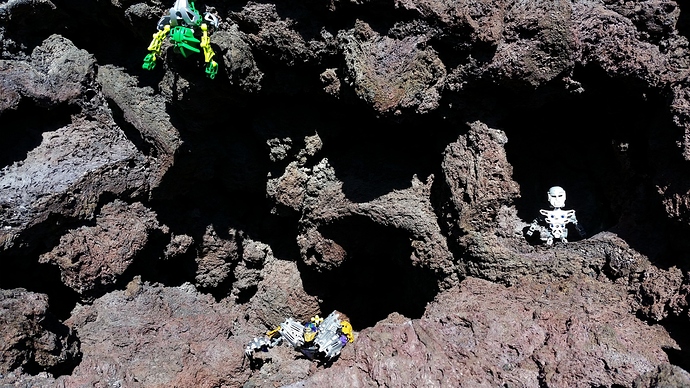 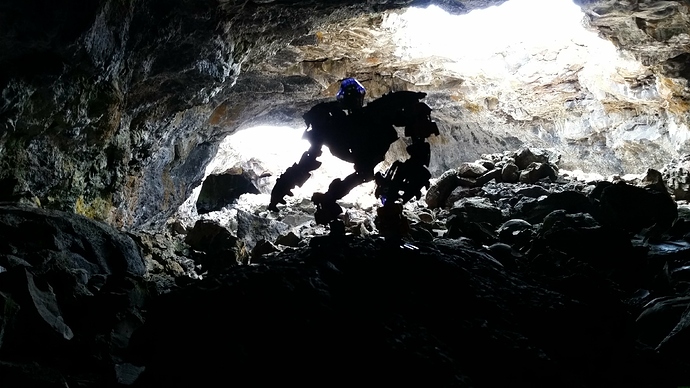 Then we went up to Banff and Jasper in Canada. Ehrye went about town by himself, take my word for it, but I’ve only got a few pictures to prove it. 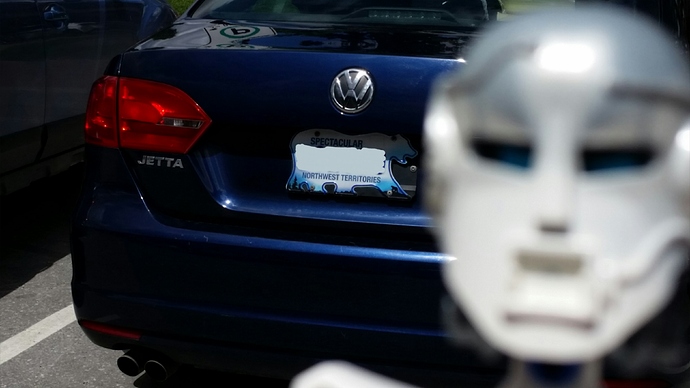 He excitedly found a license plate from a cold place 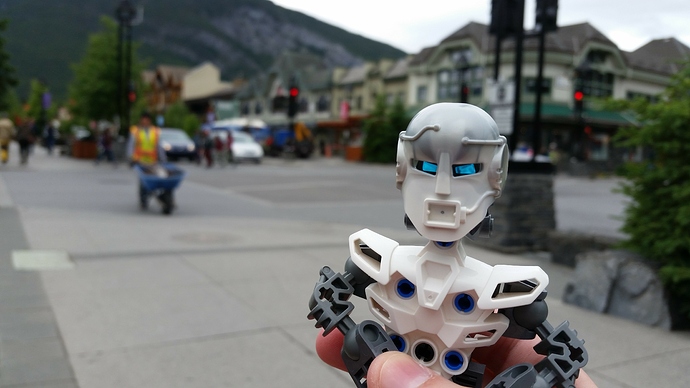 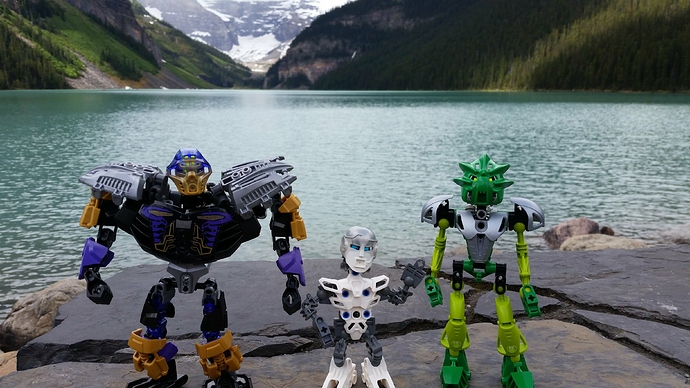 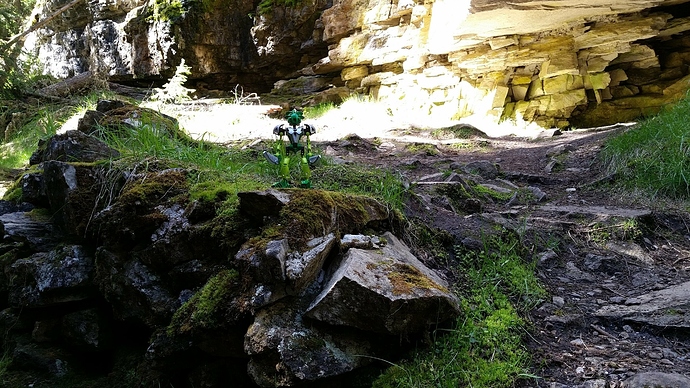 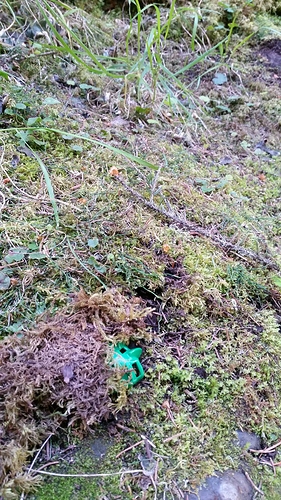 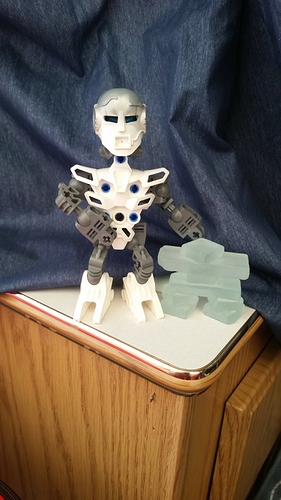 Ehrye and his new friend the Inukshuk (who I named Ignika) 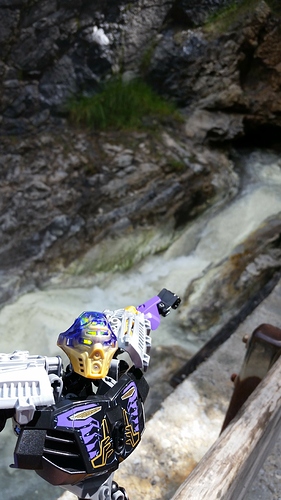 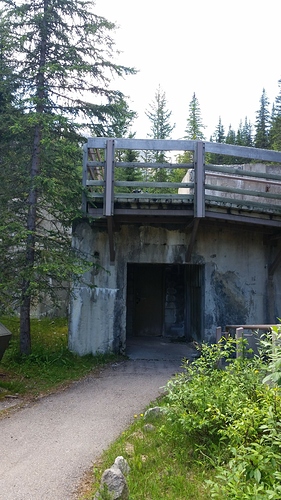 They’re there, I promise!

Back in the states, we had some lakeside exploration. Onua and Ehrye tried not to fall off the dock, and Lewa tried to fly. 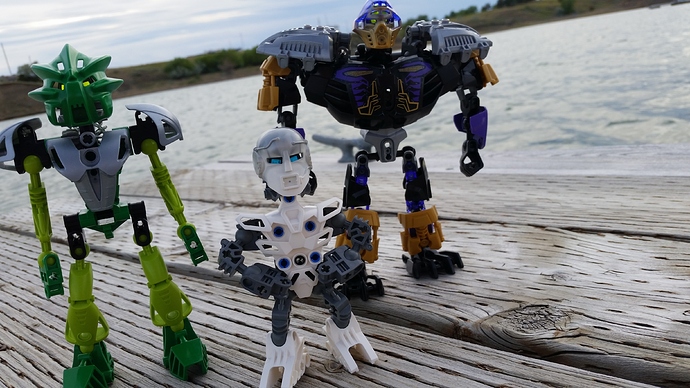 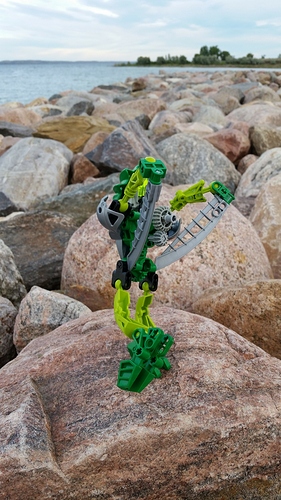 Somehow no pieces got lost or broken along the way (I did bring some spares tho). Until next year!

Funny, some of my family was in Idaho just two days ago.

Anyways awesome pictures! The BIONICLE sets in all these environments feel really cool.

I like the turnout of this photo in particular; the lighting and angle really embrace the mysticism of BIONICLE.

i really tried to get the eyes to light up, but the light wasn’t coming in at a good angle. i was very much going for a 2001 onua vibe.