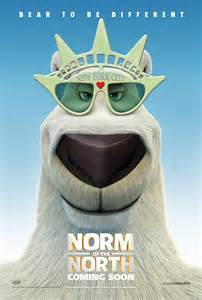 I’m not sure what happened here except or the loss of brain cells and a loss of hope in humanity I wouldn’t even pirate this its so horrendous, its debatable whether its worse than food fight. but not to rotten tomatoes as its sitting at 3% with a 24% audience rating, oh my my, this is just, no… I don’t even know what i saw. i am depressed by this movie I swear. (oh yeah I forgot about the forced environmental message and the honestly god-awful animation quality on par with the little panda fighter)

Sadly enough, some of my family is excited to see it…

This is one of those movies where it’s better and funnier to watch people see the movie instead of watching it yourself.

TBH I’m not sure if I’ve even heard of this.

From what I heard hat was originally going to be a straight to DVD movie before the studio changed their minds and give it a theatrical release.

But yeah, every review of this movie I’ve seen has told me it’s a pretty bad movie, and my sister and her friend went to go see it, with the former telling me it was terrible. I predict it being on many “Worst Movies of 2016” lists.

To think it is only January.
This move will be just the tip of the iceberg of poor 2016 movies.
It’s sad that pun was probably more funny than the entire film.