Nuhxarion, the king of Xia

In the time, before time… On the island of acid rains, poisonous grass and man-eating Mountain…
… Lived the Vortixx worker, suffering of ambitions impossible to make it real, due to matriarchy. He climbed many times on the top of The Mountaint to prove himself his worth, but he was still chained by authority of females. He was waiting for thousants of years to change his life and make his dreams real… And after so long time, the opportunity appeared.
When Teridax took a rule of the Matoran Universe and Dark Hunters arrived, Xia became weak. That was the moment for him - desperated, he came to the leader of Dark Hunters, The Shadowed One himself. He had a talk with him about his ambitious plans of taking the control of Xia. TSO decided to not disturb him, seeing his chance to have bigger control of this island with new possible ally. And so, when Makuta’s Great Plan had fulfilled, Vortixx’ one has just started.
He gathered the army of male rebelians and attacked the palace of the Queen. The battle was uneven, rebelians started to loose. Our Vortixx has been trapped, catched and brought to the Queen. He had no choice - he had to face the Queen, which was armed with modern technology. He lost his left eye and sacrificed his right forearm to end this fight, but he defeated Queen.
Now, armed with Queen’s Magma Staff, blade with Rhotuka of Multiple Explosions and armored in blood-red armour, he is ready to realize his ambitious plans.
Nuhxarion became the King of Xia. 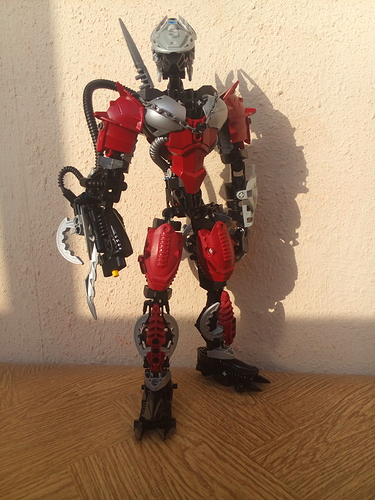 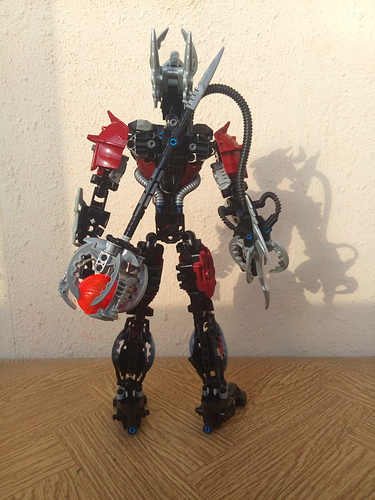 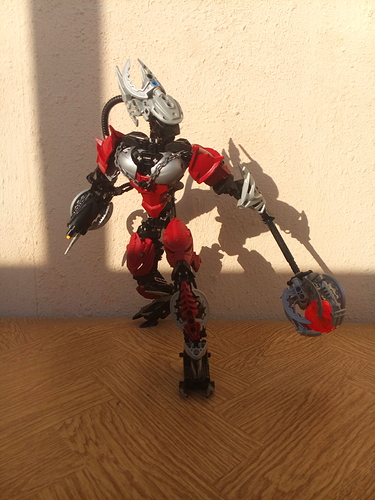 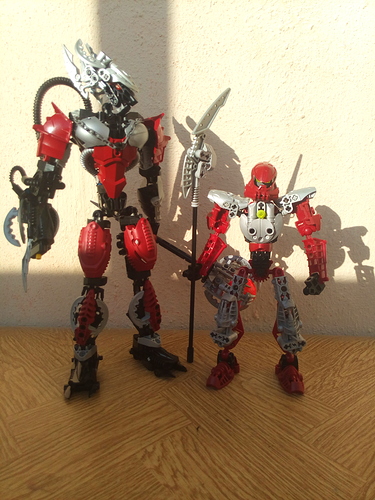 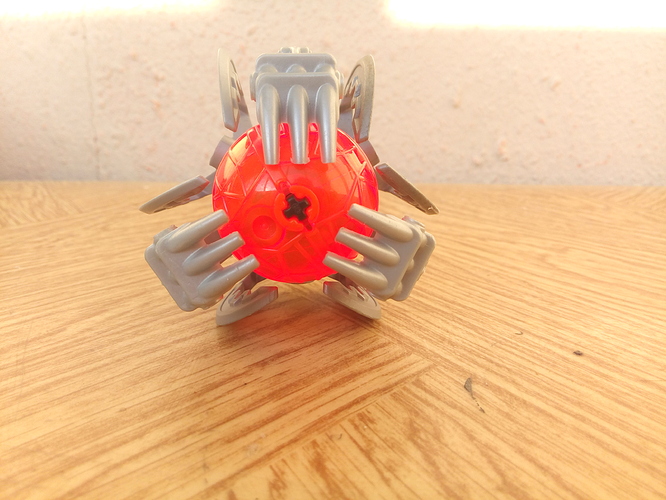 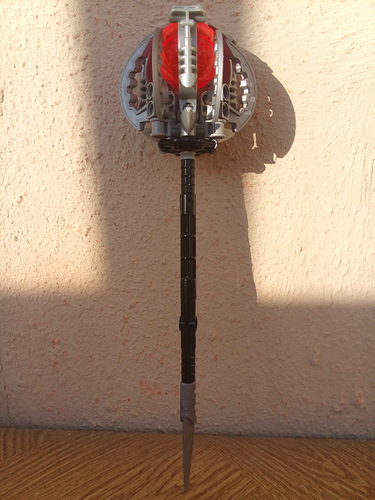 EDIT:
Some photos of Nuhxarion fighting with Huantonn (SelfMOC). Why I didn’t post it before? 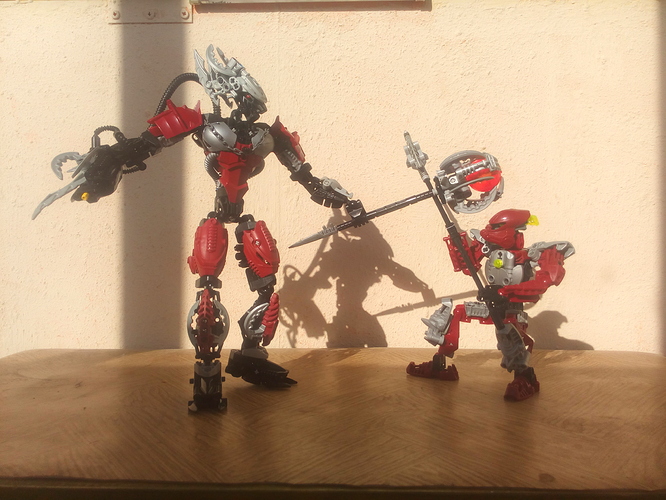 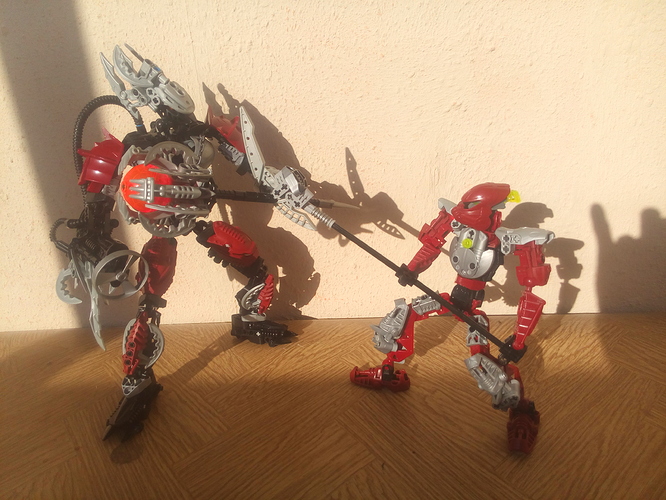 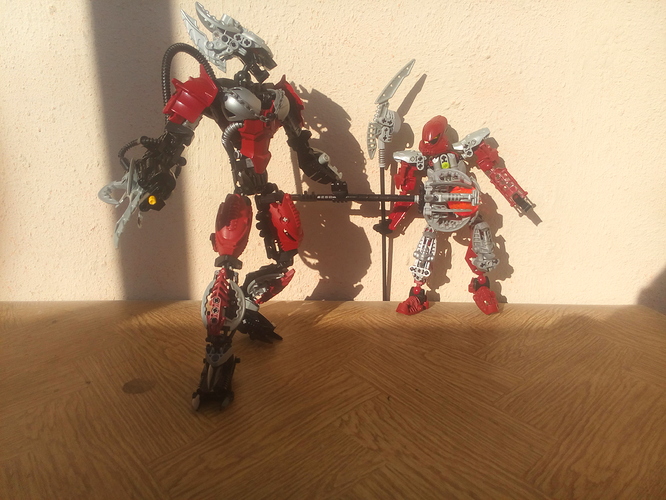 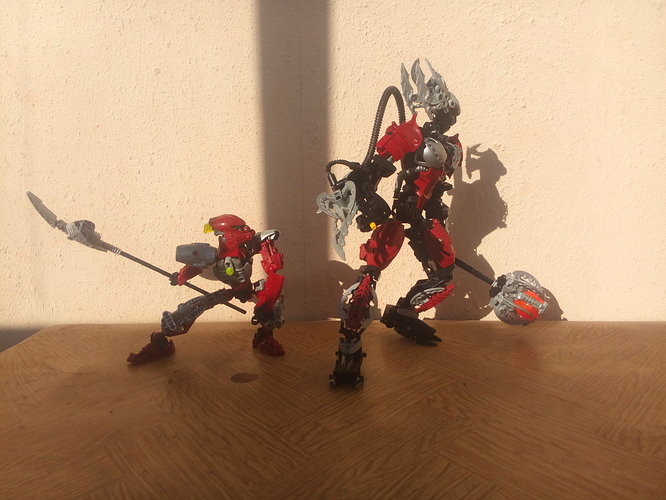 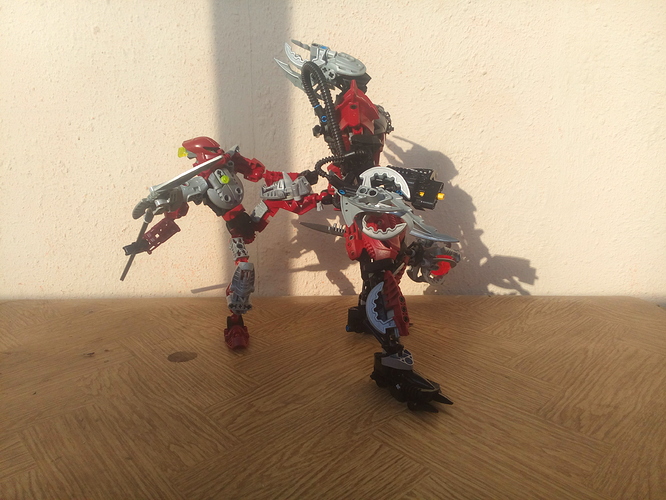 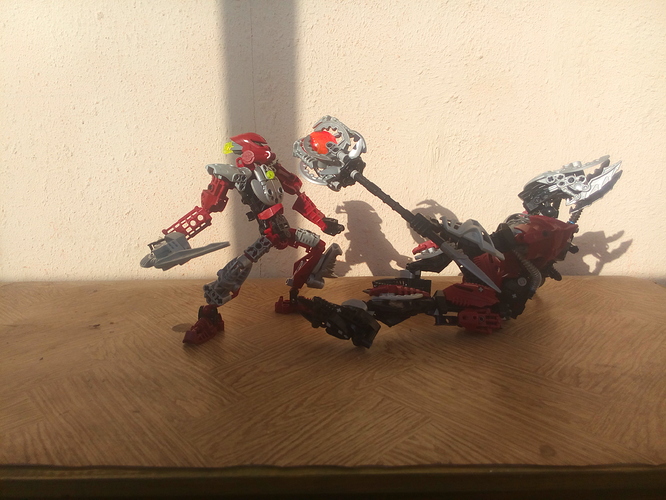 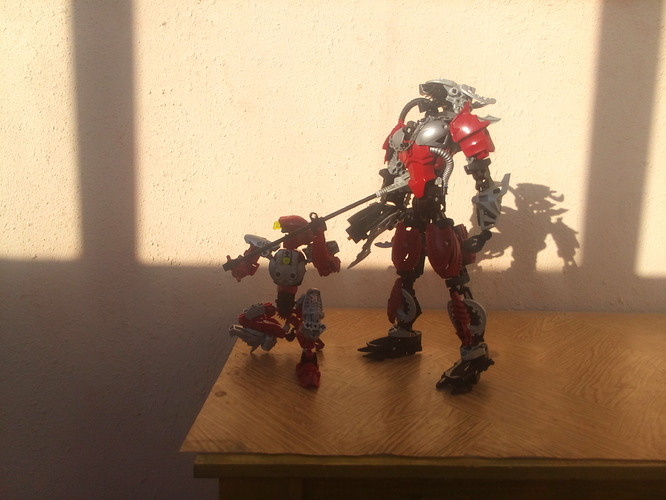 A small word from me:
Nuhxarion is one of my first villains with backstory. He was created 10 years ago, and now he stands again on my windowsill. Trust me, it is so great feeling.
MOC is based on 2005 titans, so he has working Rhotuka Spinner launcher.
Small note: his not red, he is black-silver like the rest of Vortixx species. He is just wearing red armour.

Why it seems so familliar?

this looks awesome, man. I love that you exclusively stuck to the Gen 1 style and refrained from using ccbs; a style not seen so often anymore. The staff looks great and you’ve got him in some nice poses too

@Toa_Vladin Don’t know, maybe one of the users has similar MOC (perhaps You?). Or maybe because, he looks like unwanted child of Roodaka and Sidorak.

@Styrofoam Thanks a lot! You know, I’m not afraid of using CCBS, but I do it only when I really need it. For me it doesn’t matter if piece is from Technic, Bionicle or CCBS - MOC must be clear and bring some nostalgia.

Hah! When I posted this MOC on some Facebook Bionicle groups, I was waiting for this comment and nobody said that. You’re the first one!