Oaven, a toa thought to have been killed long before the great cataclysm, blown into the depths of ta-metru by a dark hunter, burned heavily both by the dark hunters energy blast, and the heat of countless vats of molten protodermis.

Oaven fled to the southern islands unknown to anyone,
being known by those foolish or brave enough to trek south as a mysterious scarred being which would help those in danger.

it would not be until spherus magna was reformed that the toa was able to return to civilization. 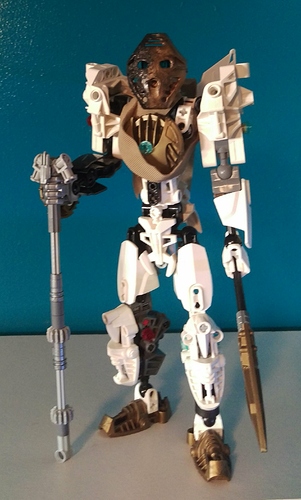 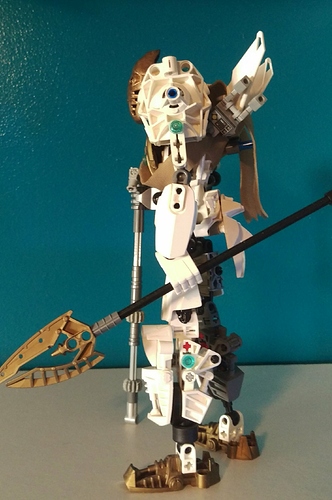 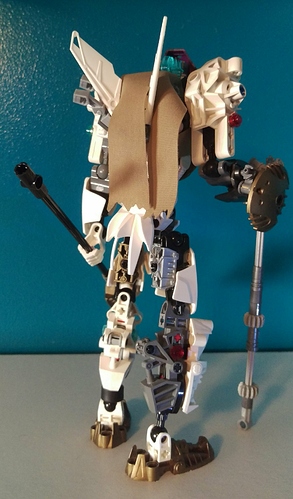 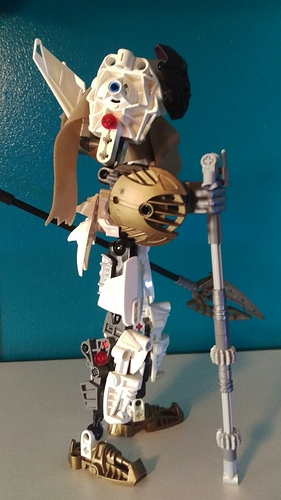 This is a revamp of a moc I made a while ago, which was a modified metru build, I liked the character and wanted to do something with him. 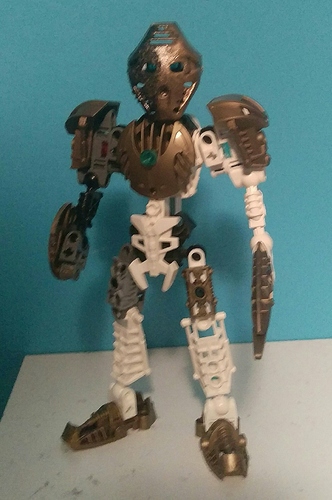 This is pretty nice.

Great moc, as well as concept. Was the mask you used gold or black?

I’d like to know how you did the mask

“Spray paint and happy accidents”
Aka dropping a wet paint job on a shed floor then running with it.

Was the mask you used gold or black?