Managing Your Game #1: The Structure of Your Character Profile

Written by Ajtazt
Edited by Ghid

Chances are, you’ve seen a profile template that looks something like this:

It’s basic, simple, easily understood, and provides everything one could need. So we can just grab this, throw it into our game and call it good right?

The template is just a guide, a quick cheat sheet for communicating our characters. What categories goes on our cheat sheet depends on the test we’re taking. The inclusion, or lack thereof, of these categories informs the players what the GM finds to be important and worth noting. And a good cheat sheet should be laid out in an efficient manner that flows logically and can be referenced easily. Otherwise, precious time is wasted running through notes than completing the test.

So let’s quickly break down this basic character profile, understand why it’s designed this way, and what it should be communicating.

From my understanding, profiles should be dissected into three parts. The first part above is the intro/quick info dump section. It’s for all the little information that can easily be communicated in one to a few words, maybe a sentence at most.

We start off with Name so we know what to call the character, meaning a name could be important in this world. Followed by Species, implying that more than one playable species or race is available in this game. Soon followed by Gender, which could imply romance or some societal importance, but usually there to help inform character appearance.

Speaking of Appearance, it might seem strange why this is included with the short info dump. Indeed, Appearance can be long and might fit into the middle section more than the first depending on the game. But info from the previous categories guides the reader into what the character might look like already. Though with Appearance being here, it could mean that how a character looks is important in this game. Perhaps different reactions will be received based on looks or it’s just there so everyone knows how to picture the character in their heads.

For the middle section, this is where more of the meat comes in. This is for information that can’t be summed up in a reasonable sentence, but can take up a paragraph of more. In the first category we have Powers and Weapons, telling us this game is a world with some supernatural abilities of some kind. And that weapons are important to have, meaning combat should be expected, if not a primary focus.

This part can often be considered the most important by many. They’ll skim through the quick info and appearance, but focus on the character’s abilities. Indeed, this portion can break games but it’s in the center for a reason. What the character can do to harm or help isn’t considered as important as knowing who they are as a person. If combat was more important, this might be higher up.

Equipment and gear can also influence the Appearance description like the quick info, but it’s still after. This is for multiple reasons, being more character focus as previously stated and general flow. As how the gear is described as looking can be further clarified here for what it can do.

Then we go into Personality, telling us that the character should be more than their weapons. Tends to be short for most, usually for traits and details that can’t be gleaned from other sections. Which moves nicely into the last section.

The finale, the character’s life story. Typically this is the largest section, bringing the rest of the previous categories together and adding final details. Personality can be combined with Background or included as part of the last section, but not always. But the game wants to know where your character came from, how they got here. Perhaps it will influence how their future will go in the game.

Although most of these categories are self-evident, sometimes additional clarifications may be required. A brief sentence, or even a paragraph, can be helpful if needed.

Now how about we look at an example and see what we can learn from it? I’ll be taking fellow board member MaximusPrimal’s template used in Transformers: Tournament of Terror.

This template is usable but needs improvements. There is no Race or Species, only having a Faction category, so we can assume we’re only playing as Cybertronians. Which can be considered a given, this is Transformers after all, what else would you play? Appearance is next and then immediately after that is Alt Mode…Why?

Why is the Alt Mode section after appearance? Most Transformers’ appearance will depend on their alternate mode. Usually, an alt mode is also short as well, so it would be better placed between Faction and Appearance, it flows better that way.

Similarly, splitting the sections of Weapons and Abilities into their own categories seems unnecessary. While this does tell me that characters can have unique or special abilities, since it’s optional, it could be combined with Weapons. Keeps the clutter down and all the important combat information in one place. And it ends with Bio, since even Transformers’ wikis don’t have sections for personalities or traits of the characters. So it seems it’s not as important or at least redundant.

If I were to rework this template, I would make something like this:

The subsections under Appearance (Alt Mode and Robot Mode) would be intended, but the TTV boards don’t like that. Anyways, I added Species as not everything that Transforms is Cybertronian and there are subraces even within those in Cybertron, or ones similar to them. It could still be left out, added as personal preference. Alternate Mode has now been moved above Appearance, splitting Appearance into two subsections. Alt Mode appearance is first as it was just talked about in the previous category. Robot Mode could be described first, but it wouldn’t flow as easily. And by specifying the appearance of both forms, it increases their importance and prompts the player to think about how each should look.

Weapons and Abilities are combined into one and a Personality portion is added. In my experience with the game, character was an important aspect and ended up being more of a focus than combat. So some personality could be included to emphasize that these aren’t just war robots. And ends with History, same as Bio but I think History sounds nicer.

As a homework example, look at this template from a slice-of-life, urban fantasy RP.

Current Facade Status : Are they aware about the truth of the town?

Even without most of the extra text clarifications, this is an absolute disaster. So what does this communicate to you, what do you think they’re looking for? How might you fix this so that it works better?

For additional homework, look at the character sheets from our tabletop relatives and what they communicate to the player. Though different, they both serve the same goal, reflecting how the game is played and what sort of characters are expected. To help give quick reference for all the vital information.

Remember, just because a character profile is standard, doesn’t mean it should be kept that way. Add categories, remove some, alter others, do what you must. Just make it so that it accurately reflects the game, contain only the relevant info, and what characters are expected. And hopefully character submissions for both GM and players will go smoothly.

Bob’s Medieval RPG That Has Elves for our base game. The setting is medieval fantasy, there’s a simple magic system, and a lot of DnD influence in the worldbuilding because Bob is an unoriginal gollumpus who can’t envision the middle ages as anything other than Lord of the Rings

The world was pretty persuasive.

I’ve been considering making a similar topic, though with a lot more narrow focus. Mainly about the design and layout of character sheets and what it should communicate to both player and GM. And if anyone reading this is looking confused by that statement, you have no idea how much the structure of the character profile, let alone its content, drives me insane.

So if you don’t mind other contributors in this topic Ghid, might just toss in that essay here in the near future. I doubt there are many others quite obsessed about that portion like me.

So if you don’t mind other contributors in this topic Ghid, might just toss in that essay here in the near future. I doubt there are many others quite obsessed about that portion like me.

I’d like to proofread it first (and also would prefer you offered a couple more essays on other topics) but by all means. Having two or more experienced voices here would be better than one. 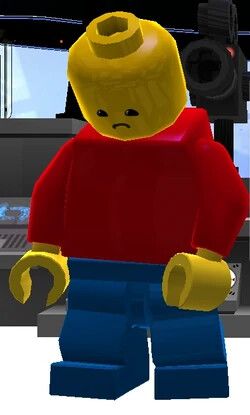 That filthy traitor deserves to be sad.

Good to see this finally getting addressed. I think allowing others to contribute moderated articles would be good.

Ooh, I will bee watching this closely, now if only i had an rpg to practice my newfound skills in

A topic like this has honestly been sorely missing from the community for a looooong time. To the point where I considered writing it myself back in the day.

I know I already PM’d you @Ghid but I just realized the way I was gonna do it before won’t actually work, SO.