Ah neat. Will there be a break in between the two parts?

There could possibly be, but I’m not sure of anything yet. If there is a point when I could make a part 2 or end it I’ll make a poll to see what everyone wants.

I’m pretty sure you can join whenever as long as you’re approved by rainsong.

Can my character have a g1 secondary element?

Idk, if you have any questions try PMing rainsong.

@rainsong finished the character.
Name: Hoari (old Okotan phrase for one who wields a blade.)

Equipment: cutlass, scarf, backpack, journal (including entry’s from his earliest recorded Ancestor ) a backpack with at least 200 pencils. Various trinkets in his bag, these include: various empty vials, an elemental crystal of ice given to him by his parents as a gift (he hates it. But keeps it on hand because it could be useful.) a letter from his fiancée

Appearance: dark gray, yellow and silver armor, modified grey protector mask with yellow markings an engangment chain attached to his left ear, almost always has a scarf wrapped around his neck. Scabbard on his left hip. A canteen of berry juice that he made( Hoari adds various nutritional additives to the berry juice, it tastes horrible.)

Bio: Hoari was born in a village south of the mask maker’s city almost immediately after the city was reclaimed and occupation resumed, Hoari was born to a family that came from a long line of ancestors who had combined elements, this resulted in his armor color being very muted as his dominant element could not be discerned. Early on he discovered he had extremely keen hearing, sometimes he and his friends would go into a dark room and have Hoari shout and estimates he size of the room, his friends would then turn on the lights and proceed to measure the room and bet on wether he was right or not (he usually was.) this lead him and his friends proclaim that he had the element of sound. At an unknown date Hoari painted yellow markings on his armor to represent what he believed what color armor a villager with the element of sound would have. When he was nineteen his parents pressured him into marrying his lover at the time, both parties were uncomfortable with this decision but they felt like neither had a say in the matter. about three days before the big day Hoari was digging through his grandfathers attic and came across a journal, inside was an account from an ancestor of his accounting her various adventures, even once working with the protectors before the creation of the mask of ultimate power. Upon reading on the edge of his seat for hours it abruptly cut off, but why there was still plenty of room left. Inspired by these tales Hoari formulated a plan to skip town. In the middle of the night he would sneak out with the weapons he had also nabbed from the attic. Hoari successfully executed his plan and began his adventure.

Personality: doesn’t like being the center of attention, loves discovering new things, likes to think things through before proceeding with a dangerous situation but this can often lead him to overthinking and complicate things further, can sometimes pay too much attention to his surroundings this sometimes makes him distracted to the people talking to him, loves a good joke, doesn’t like talking unless he’s comfortable with the people he’s around, enjoys collecting new trinkets. Will sometimes pull out a scratchpad and draw something he will sometimes pull a book out of his backpack and read about a chapter from it if he’s not busy.

Trivia: about a year ago he received a letter via bird from his fiancée ,how the bird found him he has no idea, he holds this letter very high on his favorite possessions, once miscalculated the size of a room his friends wouldn’t stop talking about it for weeks, every week he adds a new entry into his ancestor’s journal he hopes one day he will complete it. Hoari is describe as being a decent cook, He doesn’t share the same sentiment, maybe he’ll do more cooking when he retires from adventuring. The most likely place you’ll find Hoari when he’s staying in a town is a library as he’s always looking for clues about what happened to his ancestor, people say he smells like freshly turned dirt and berries, Hoari has tried to get rid of the berry smell but all of his attempts so far have failed. Hoari’s eyes are a emerald green color.

EDIT: And @1000Purse30 everything looks good there too, also approved.

Ok what the heck

Malakai, who himself had no idea at all, simply shrugged. “You likely know more than me, pal. I feel like I hit my head so hard that I’ve forgotten an entire year of my life.”

Secondly, I have the upmost doubt that Malekai, a character who hasn’t done anything in the whole game since he passed out in a ditch, is now all the way at the black crater unceremoniously injecting himself into the conversation

No and more no; I’m not the GM but I’d consider it pretty mandatory to have a clue as to where you are and what’s happening before you post

I am here now.
Name: Chook ( his real name is Chasevooseus, but most call him Chook)
Element: Jungle
Appearance: Lots of plants scattered around his armor (grass, flowers, etc.). Chook has blue eyes, and has some rust on his armor. 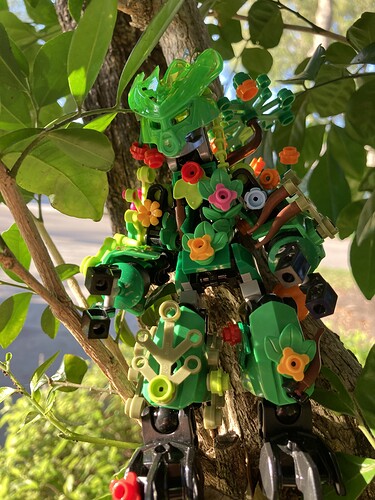 image3024×4032 2.74 MB
Equiptment: Chook has a backpack with a slingshot and some rocks in it, and a book on the creatures of okoto.
Personality: Chook is a childish, bouncy character, who sometimes randomly jumps into conversations, even if he doesn’t know what they are talking about. He can be serious when he needs to be, but it’s hard to know when he thinks he needs to be serious. Though Chook could use some more teaching, he always has good intentions, and never wants anyone to get hurt.
Bio: Chook was born an ordinary Okotan, and stayed that way for a while, until one day, when he snuck out of the village to escape whatever task he was assigned to do that day, he found a very young okotan lost in the woods, and brought her back to the village, deemed a hero. Even though finding the young okotan was a mere accident, and he had snuck out the village when it happened, he was sort of a mini-celebrity. For about a week. After all the commotion died down, Chook resumed his ordinary life.
3 Likes
Ghid January 2, 2021, 8:06pm #300

oh no we’re all dead

So uh, how should I join the game? Should Chook just be met in the capital of the jungle region because a group is heading there?

Good question. Ideally we’d want to have you join up with one of the other groups… would you say it would be more likely for him to be visiting the City of the Mask Makers or to live by the sea?

I think him being in the city of the mask makers is best.

I think him being in the city of the mask makers is best. 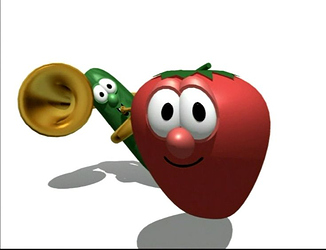 have we got a show for you

That works just fine; we’re going to have a big science convention as soon as we get out of this dang library, so he can hang out and look at that. tbh, if @Tarkur wants to we can have you two get started with that now.

I’m fine with that, don’t really have a plan for it rn though, I know that Era is searching for Domau and Domau prepares for the fair atm

Then I can set up the scene and give you an opportunity to introduce your characters there.

Ok, just tell me when that opportunity is, because I have no idea where to jump in.

I’ll get that set up now, I was just waiting to hear back from you first.