Hi, I found some pics of an old (really old) moc made for an halloween contest (I lost) and I wanted to share it, so do not hesitate to give your impressions and opinions !

the goal of this creature was simple and inspired by seamstress from tim burton’s “number 9” movie, it uses a dead body to trap preys thanks to his long tail, after it catch a victim, it keeps it in his body to eat his energy and disassemble him… 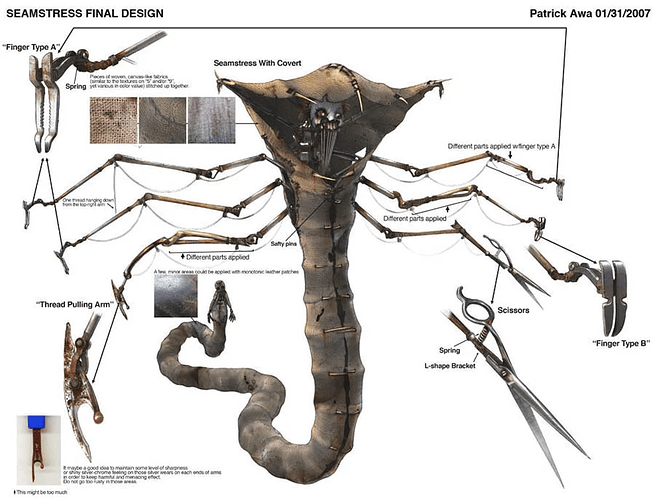 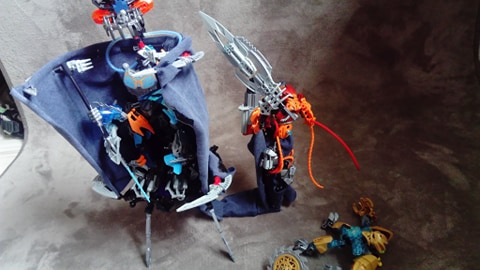 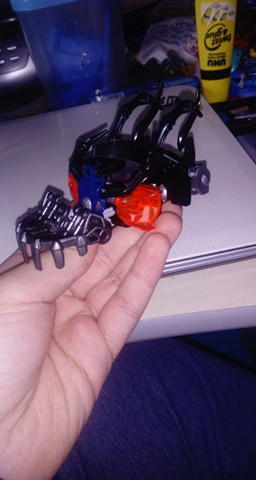 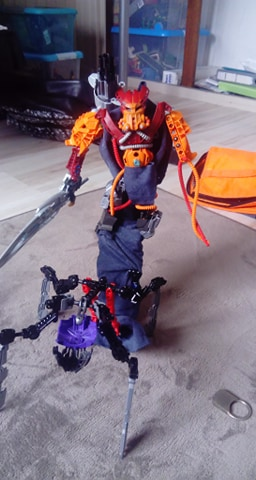 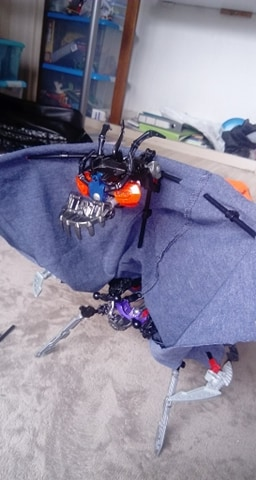 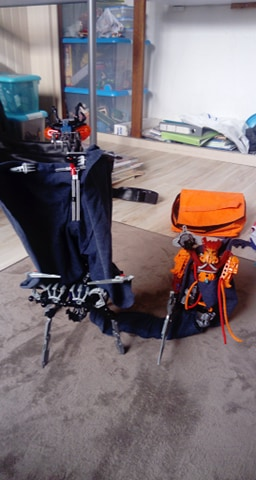 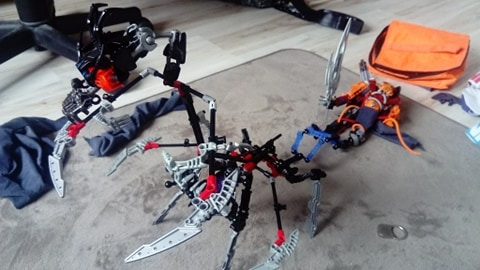 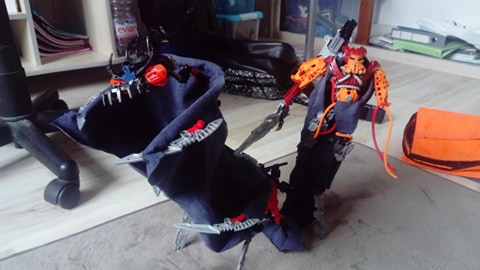 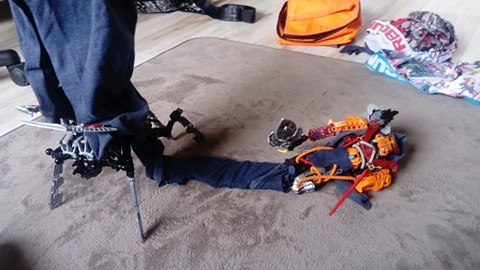 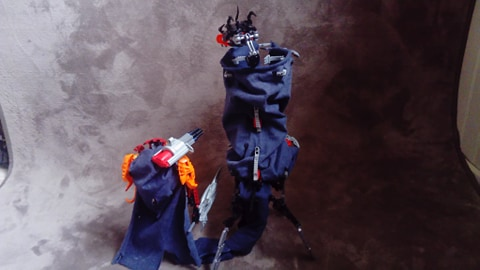 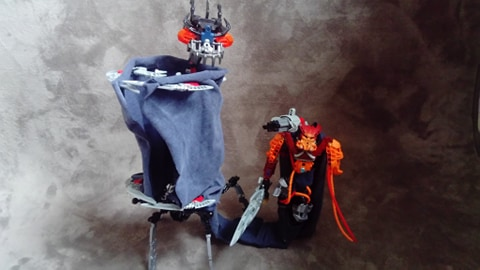 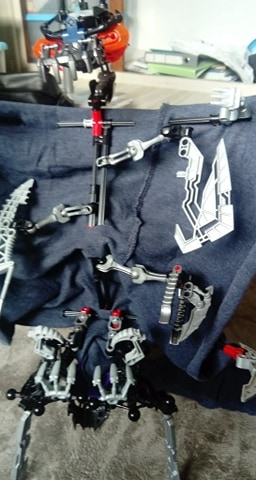 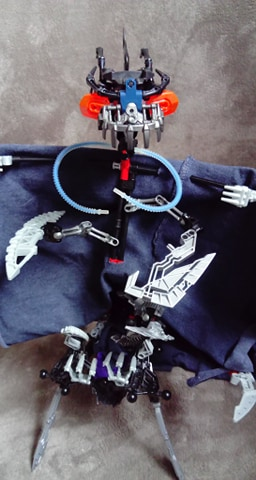 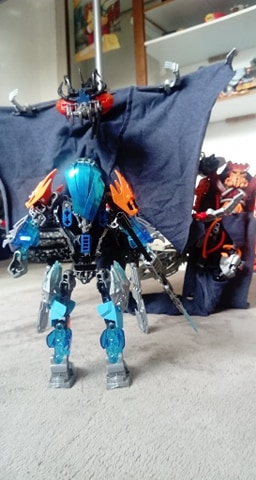 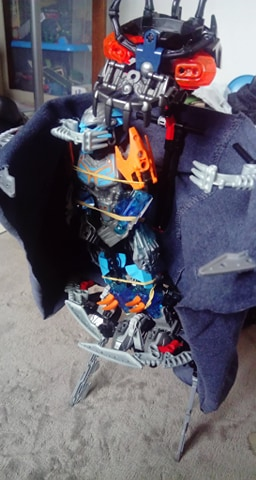 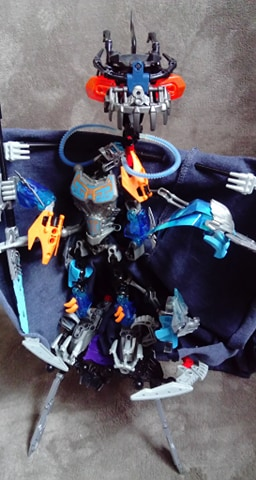 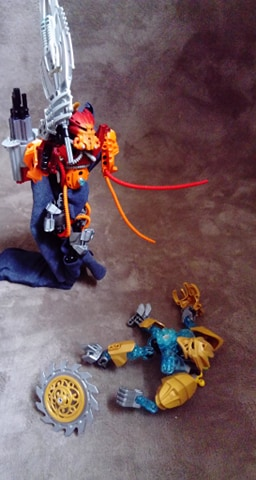 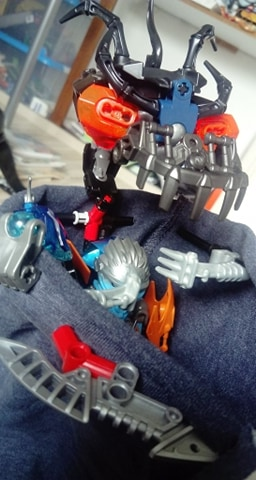 It is understandable why you failed. The MOC is a mess…Doesn’t even look like the inspiration…Fortunately you’re doing better now

Hay it’s the snake from 9, not such a good job on the moc but I appreciate the reference.

This moc barely looks like the source material, not even the head. The colours are all wrong, and the way it’s built looks very rushed and fragile. While it had a good custom head, it looks nothing like the reference. Also, the moc has four arms instead of six, and also appears to have legs. Of the four and which are there, none look like the source: there’s no scissor arm, no thread pulling arm, and the others don’t look like either finger type.

Overall, there’s not much this has going for it, I mean, the idea is cool, but the execution is poor.

@Toa_Radrix @Mr.Monopoly the word inspiration doesn’t mean reproduction, the build is different and that’s what I wanted

Clearly this isn’t an old moc, but they’re right, sorry, nice idea not so nice execution

Holy crap this is amazing! The thin and spindly build plays super well into the creepy factor. The connections to the inspiration are clear but it’s still it’s own thing. Honestly this is just fantastic. The idea and execution are great. Very well done.

Honestly the one problem I have with this moc is that I’ve seen 9 and this feels like it works differently than the machine it’s inspired by. With this it feels less like it uses the dead body on its tail to stun enemies but rather uses whatever body is in the coat to stun them and it makes the body on the tail end feel useless. That might just be the photos though. Awesome job!

@Kape yes it don’t exactly works the same, it’s just the idea which is similar

This thing is a mess. I can barely understand what is happening there. It has no colour scheme, no structure, and it looks that it would completely fell apart if we would take the cape (?) off. I am talking about the “death body” at the end of the “tail” too.

the fabric just hide some parts, it’s even stronger without because there is not the fabric weight anymore

there is not the fabric weight anymore

A fabric cannot possibly have enough weight to disturb a moc.

it’s not new at all, I made this around 2016 and disassembled it around 2/3 month after building it and I never tried to put him back together

So my self-moc would be a veteran.