With Bionicle2015 coming up, it won’t be hard to say nearly all of my HF mocs are getting scrapped. But still, there’s one or two characters I’ve made that’ve grown on me, and I think I’m going to spare them the boot. Thus, I’ve chosen to adapt my personal favourites to the return of Bionicle.

In the outskirts of the desert region there exists the Quranti Hu Desra (Nation of the Forsaken, translated from Desrakin) a secretive community. What little is known about them is known by few, Including a master of Stone, Zekezey. He has been their personal Bounty Hunter for centuries, and it has earned him the title of, “The King’s Hunter.”

Of course hundreds of years of spending time alone in the desert completely isolated from sentient life forms couldn’t have helped. 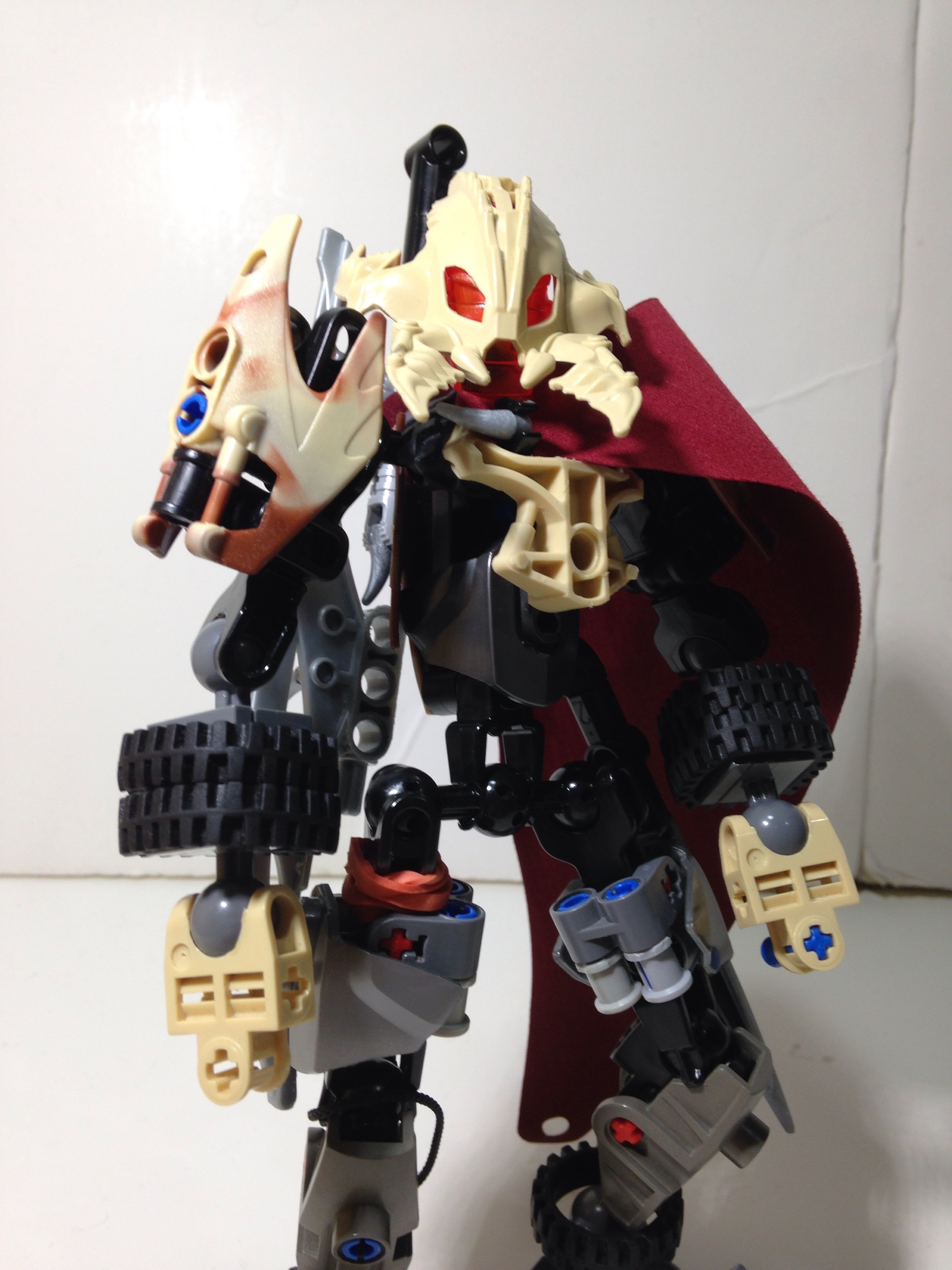 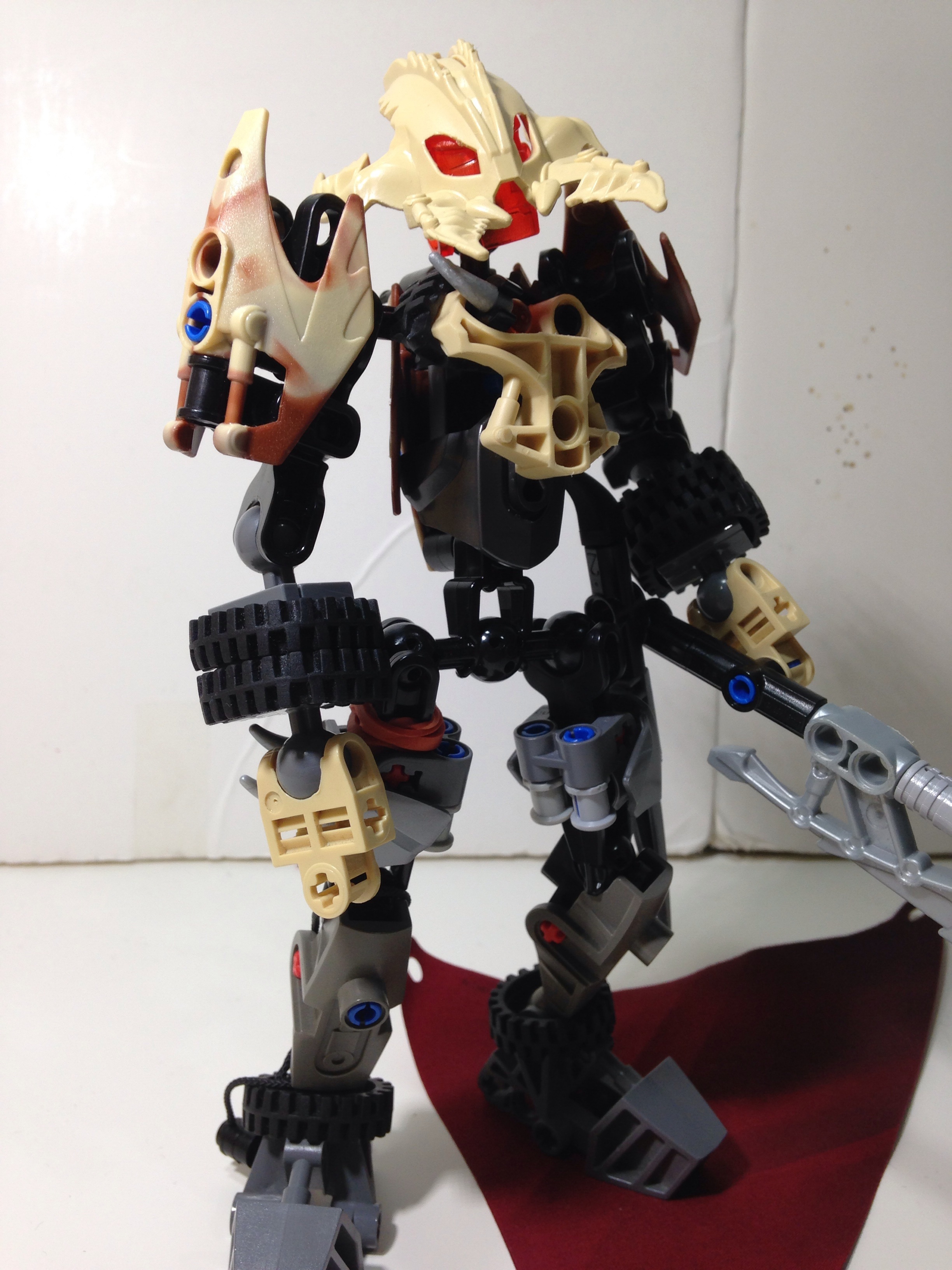 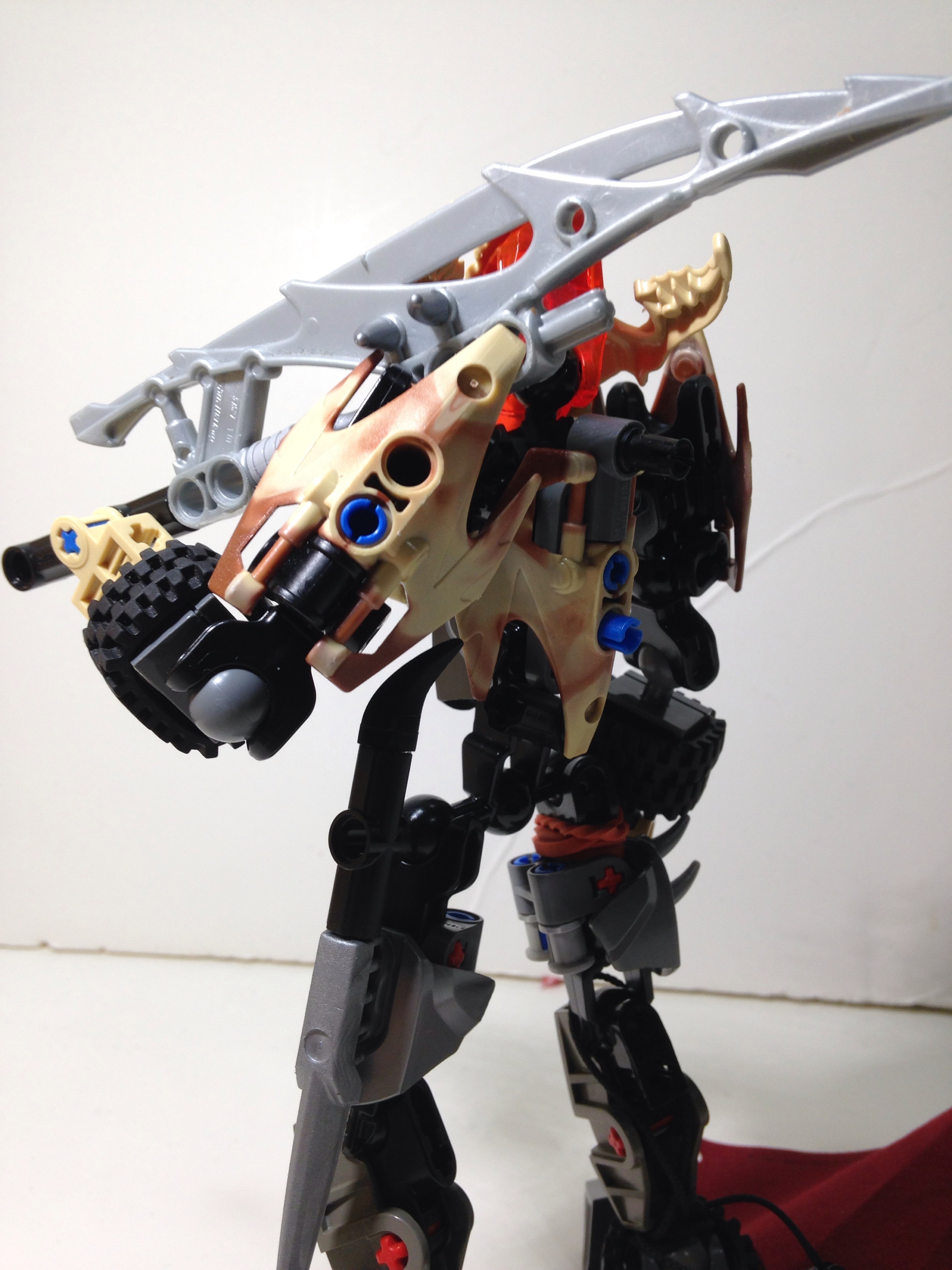 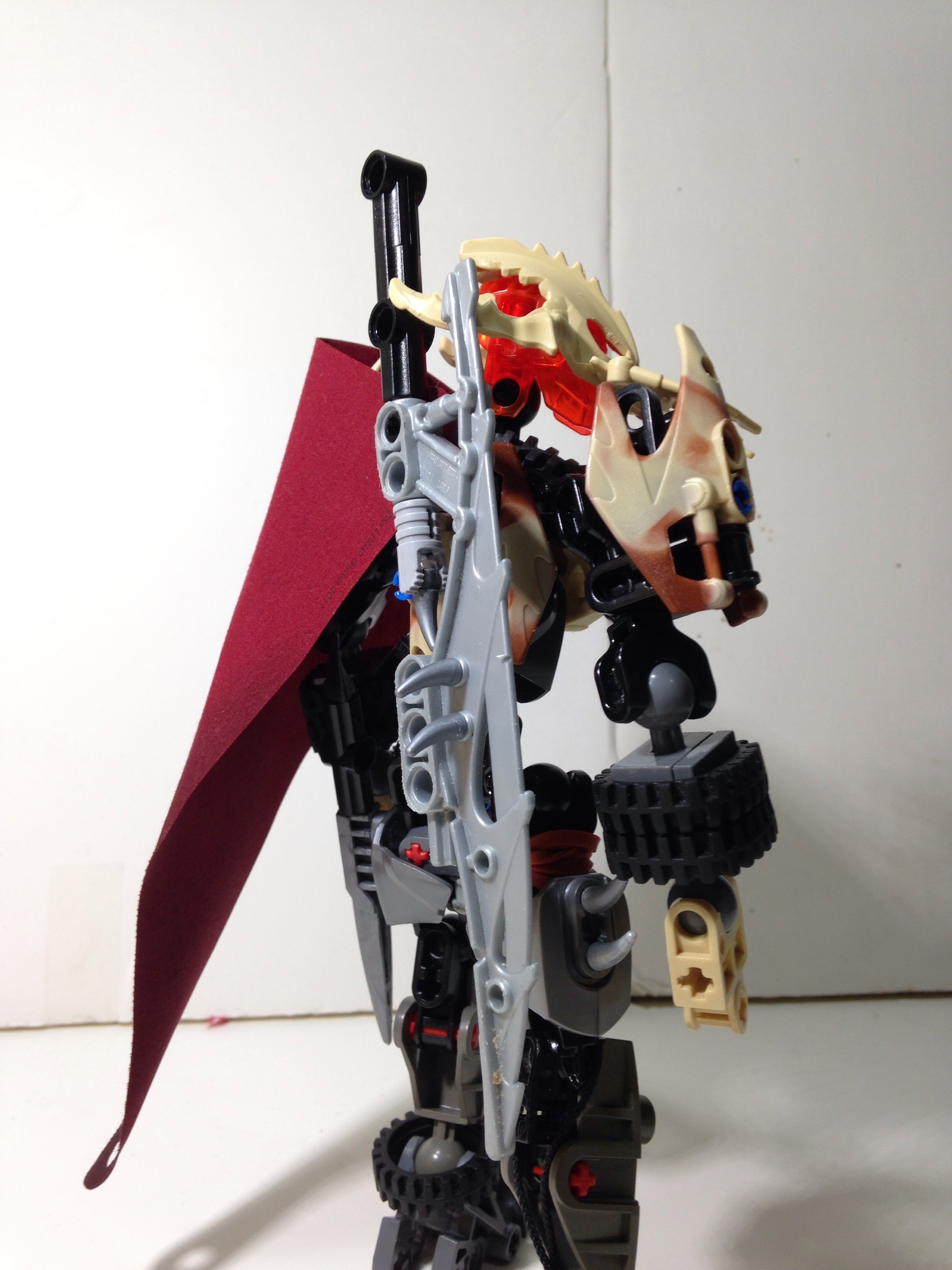 The Hero With No Name

Nobody knows who he is. Few believe he exists, even fewer think he’s anything but a crazy old protector who lives in the mountains. But there are legends. Legends that say he is a hero from a time, an era before our own. Either way, nobody bothers him, and he bothers nobody. 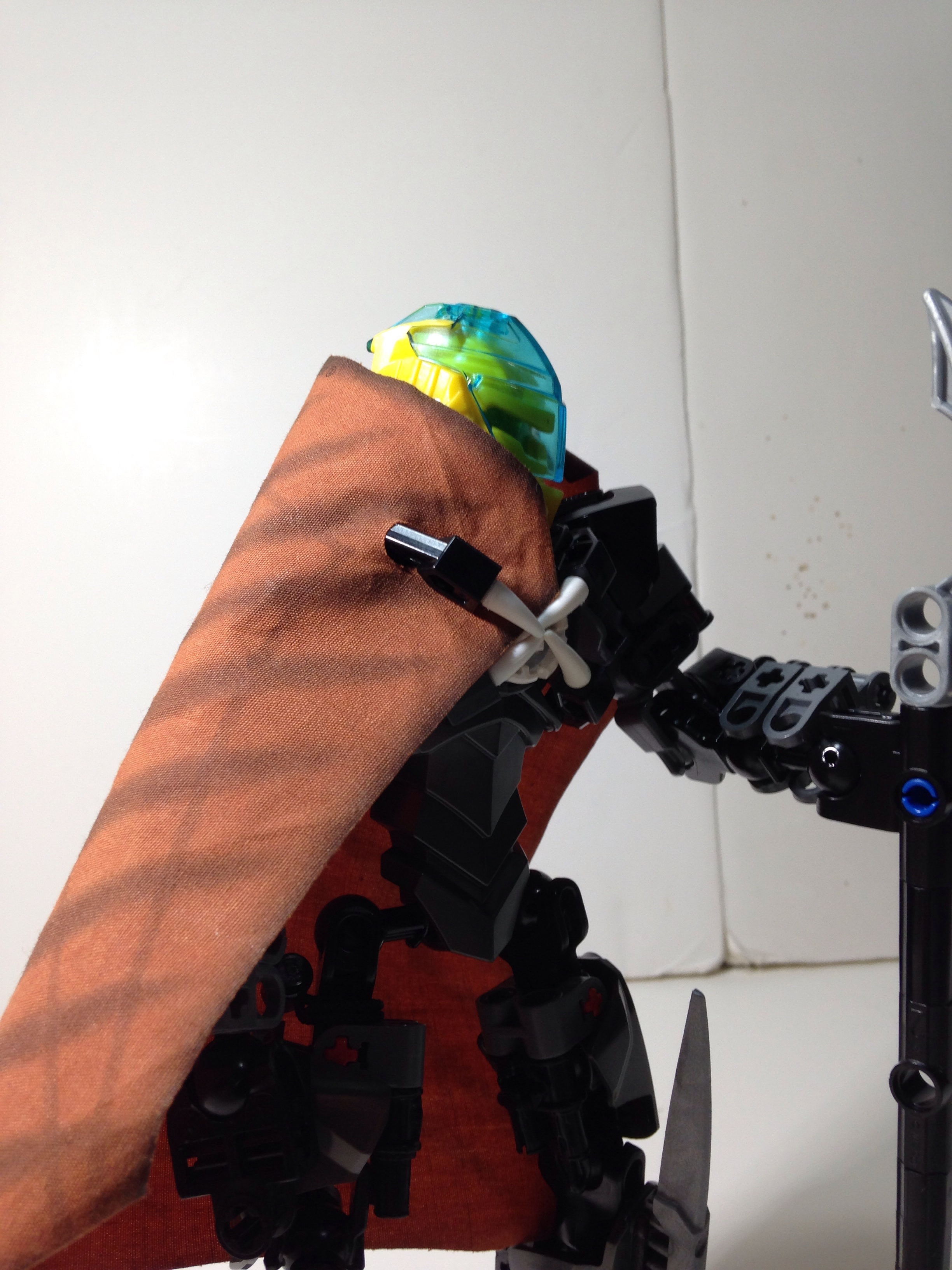 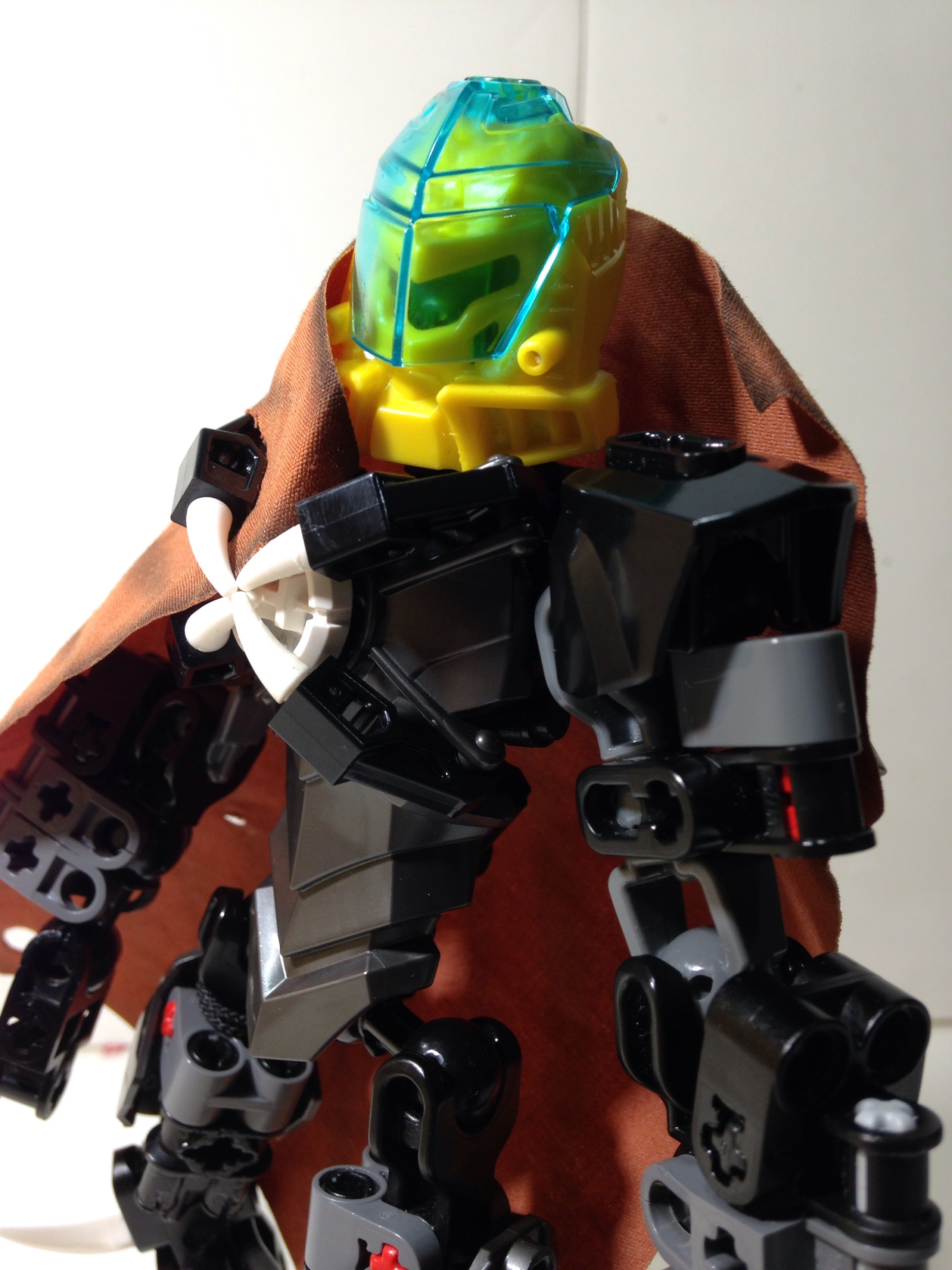 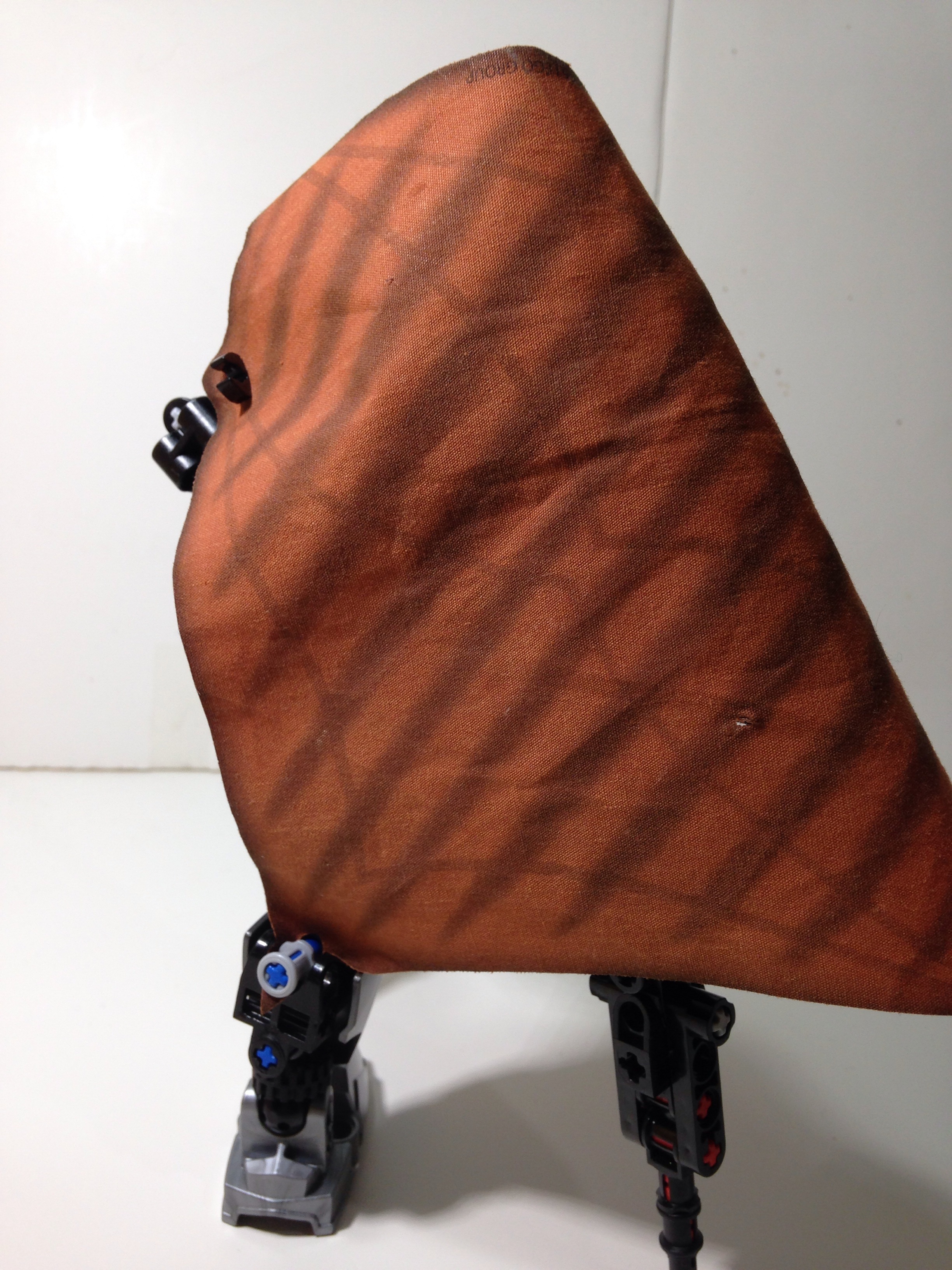 (Characters are subject to change, especially when new official story is released.)

Very nice. I’ve never dabbled in HF fan fiction, but one of my characters may be carried over to the new storyline.

Quick question: Is there a reason you used BA Evo’s head on the Nameless Hero? Seems a lil out of sync with the color scheme.

Nice use of the Jabba sails! I feel that the tires don’t really work and are not visually pleasing. I would recommend working on the lower arms to fix that. For the second one I can’t really say anything because I don’t have a full body pic to see. the only thing that stands out is the evo visor. Anyways, good job!

Plot twist:
Evo is the last hero left from hf and mr makuro is one of the great beings?!
Now its planted in your heads forever MWHAHAHAHAA!!
Btw. Nice mocs cool use of that sail barage sail.

Basically the Evo head is there because that’s the original mask that was on the very first version. This Moc has gone through a lot of changes.

Very nice MOCs! More pictures would be nice though (you also might wanna get rid of that last pic).