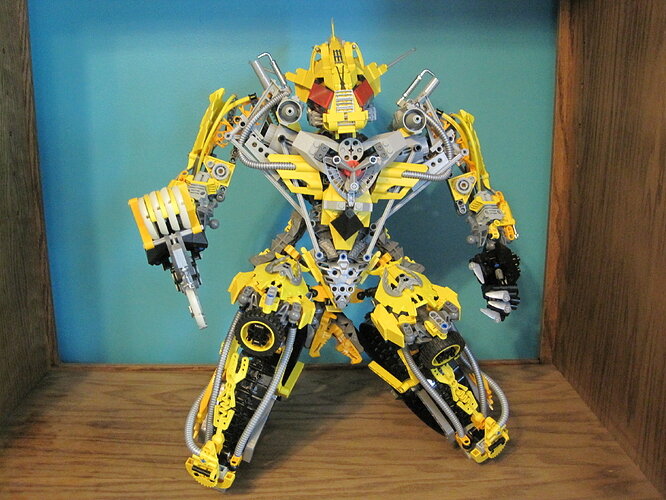 The biggest thing I ever built. But it didn’t start out this way. 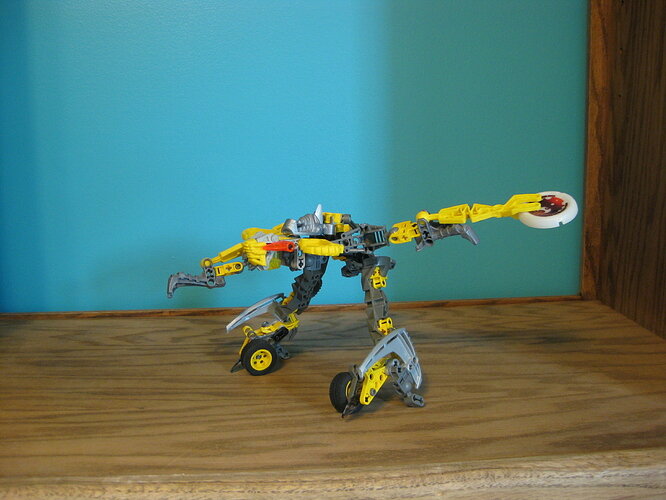 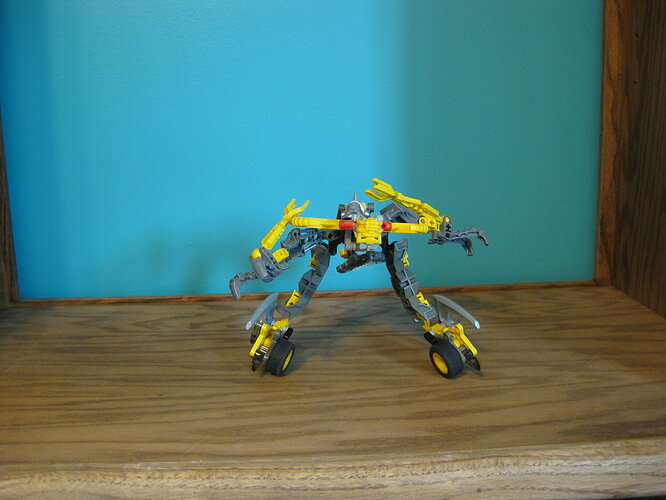 This was originally a small tablemoc I threw together in 20 mins when hanging out with some friends. But it grew on me and I decided not to take it apart. 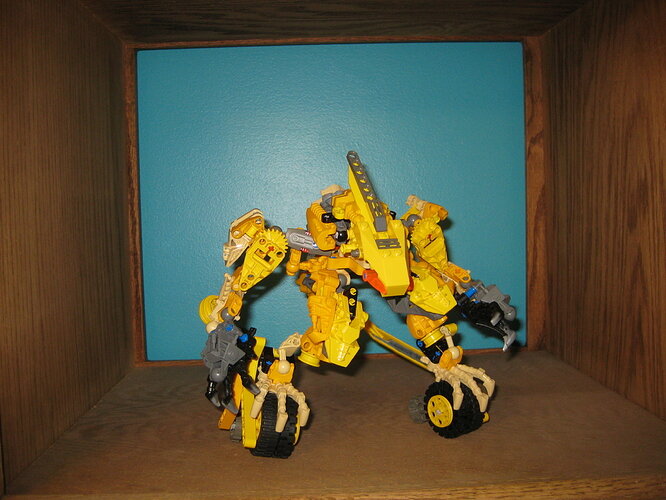 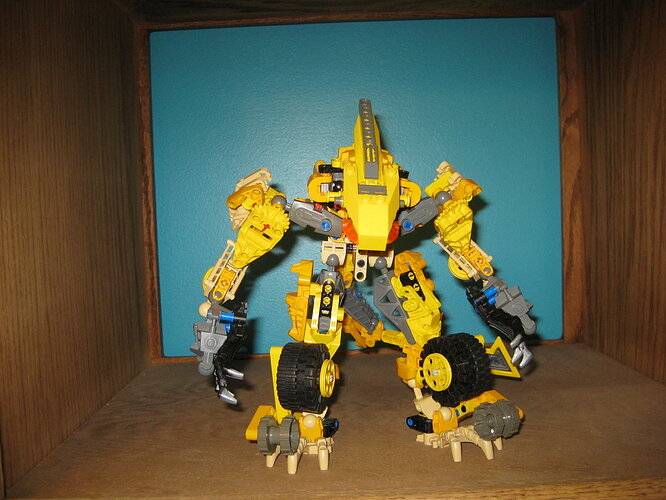 A few months later I decided to build and upgraded version. Same basic idea, but much larger. This time the wheels on its feet flipped up, and the color palette was increased a bit. 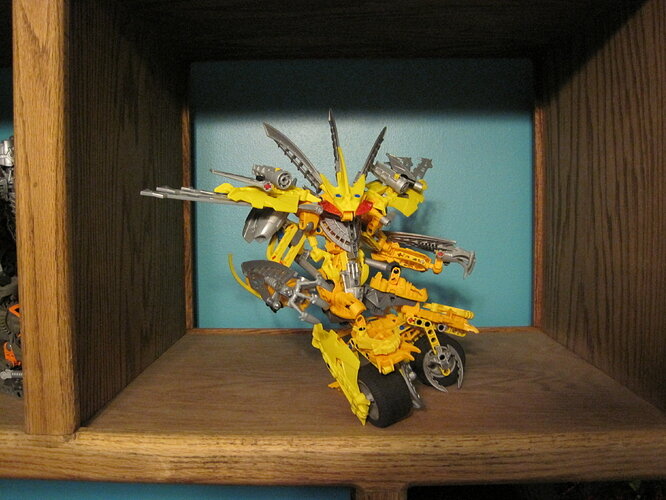 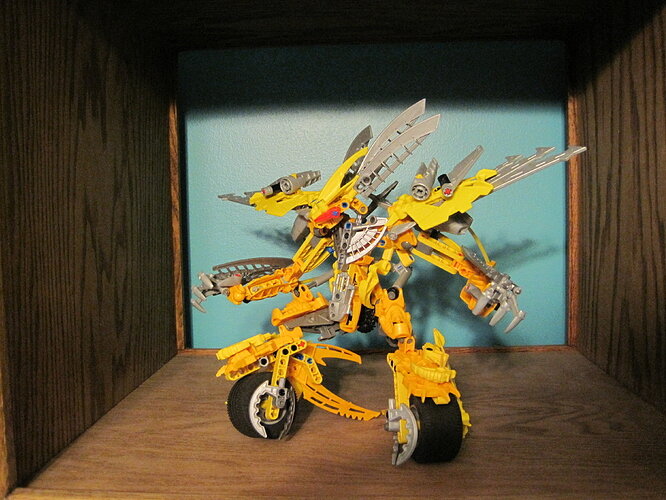 And then again, with a different style. If the second was supposed to be rugged and off-road, the third was sleek and fast. 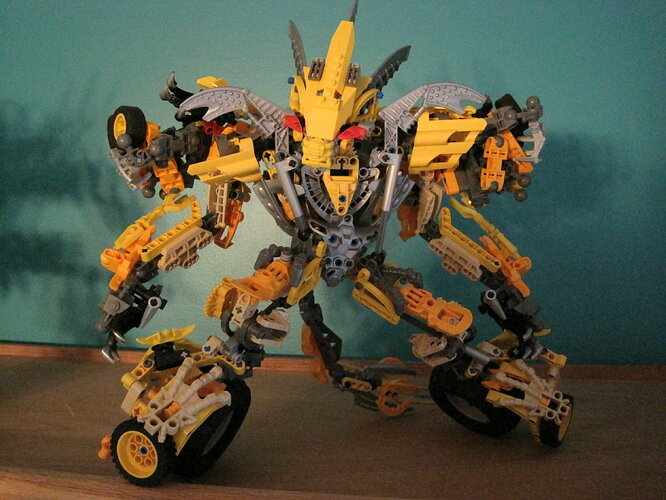 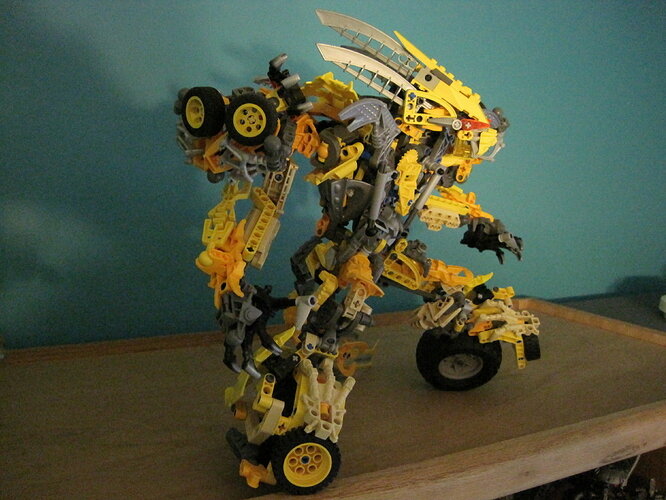 But one day I decided to take apart all three and build an even larger moc, that took elements from each of its predecessors. These were the biggest wheels I owned at the time. And while I unfortunately don’t have it in pictures, a mini-speedster was attached on each shoulder and could be removed and displayed as stand-alone figures. 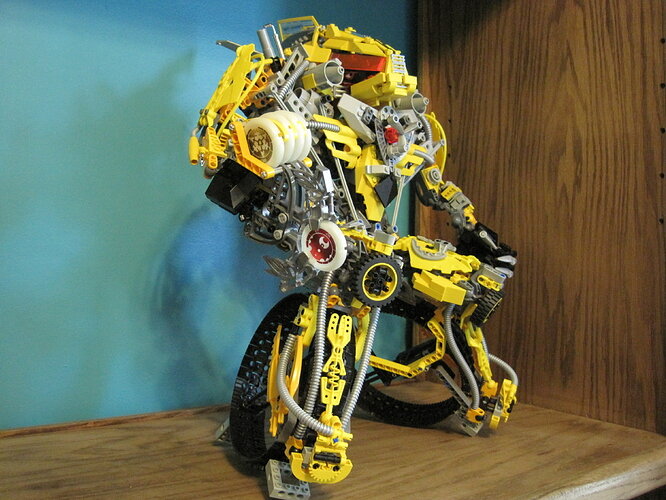 I wasn’t satisfied there, though. After discovering how to make a giant wheel from tank treads, I knew what I had to do. 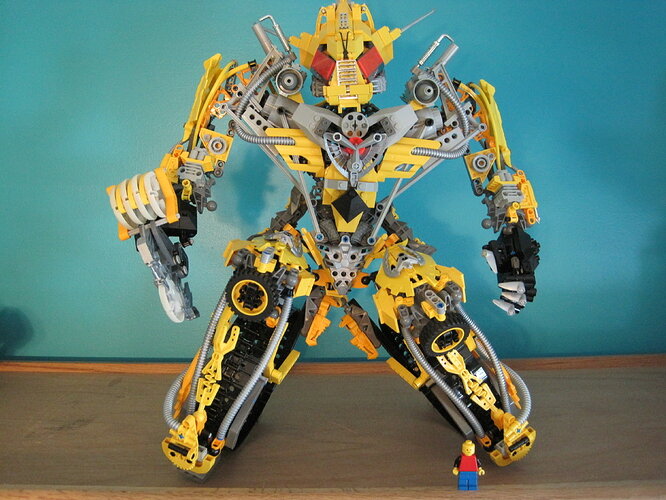 An absolute titan. Minifig for scale! 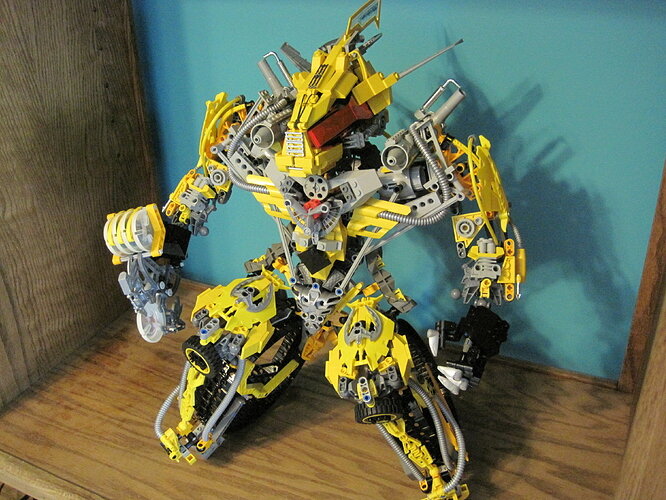 Even after this massive transformation, it still called back to that original moc I built when just messing around with spare parts, and ended up one of my favorites from my old display.

The third one is definitely my favourite. I especially like the head design.

I have a hard time picking a favorite myself, just because I built them all and have different things I like about each. However that third one had the “cleanest” design. I have no idea how I built that head but I do really like how that fin piece blended into the swords.

This looks really cool! I am a sucker for Titan MOCs like this. I especially like the head design and all the mechanical details!

@Axelford Yea, these were all built between like 2009-2011, so you called it haha. And I guess I always had a preference for the yellow Bionicle sets, some of the last ones I got were Toa Mata Nui and the Cendox, which got used for parts quite a bit here.

@LegoDavid I remember I had a heck of a time trying to figure out how to attach those shark visors in the head lol.

This looks like slizer X Devastator from the Transformers movie series.
It’s a little messy in some places, but the idea and concept is really cool!