On The Origin Of Skull Spiders (TTV Community Contest Entry)

So this is my entry for the TTV one year anniversary contest. I was originally planning on doing a moc for this, but this proved to be a much better idea. I actually whipped this up rather quickly, considering I just started it this morning. Im very happy with it, and I hope you all enjoy

So Lego has told us that the skull spiders have overrun okoto after the masks were scattered across the island, but that’s it. We’ve no idea as to how these skull spiders actually came about. 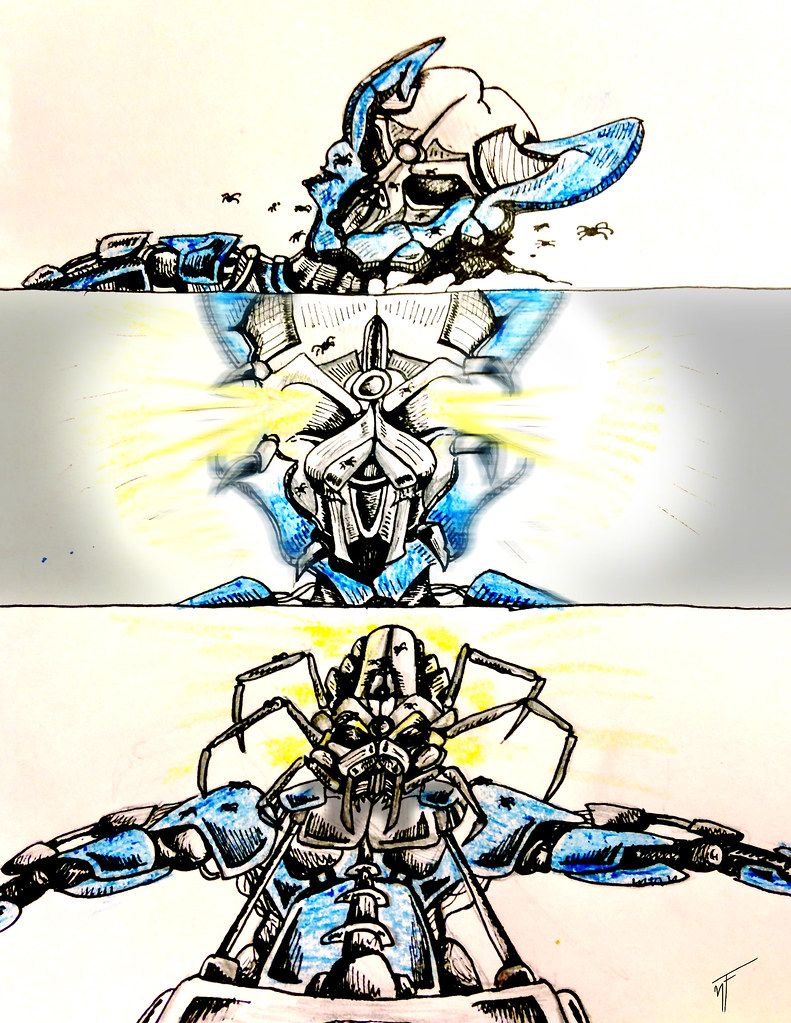 In this comic, small spider-like rahi invade the skull of a deceased protector. They then combine power to overtake it’s skull and form a large…well…skull spider.

I’d imagine that the ability to form this larger being would be the power, or rather combined power of these rahi. This provides insight into how these skull spiders came about, and how they slowly outnumbered the native inhabitants, and took over the island; leaving only a few protectors alive.

Now, how LoSS came into being? Thats up to speculation.

I tried to make this short comic sort of in the style of the old Bionicle comic books that came in the lego magazines. All of this is hand-drawn, but I did add some photo-effects to the end product to make it look a little nicer.

Well they are “skull” spiders…

I know, but the way you describe them coming about is… Creepy.

Heh, I am a fan of the macabre

Let’s make a horror comics based on Bionicle!

Due to the fact that this is not getting alot of traction, I may very well decide do enter a MOC instead.

Well the contest is sort of BASED on the popularity because of the whole “voting” aspect of it. I wish they just had a few judges; that would make things alot more “fair”

That’s not until the deadline when voting starts, so don’t worry

Congratulations on winning! Also, I love your tagline. XD

Ha thank you very much