The last backstory I had ready. Hopefully there’ll be more to come soon! 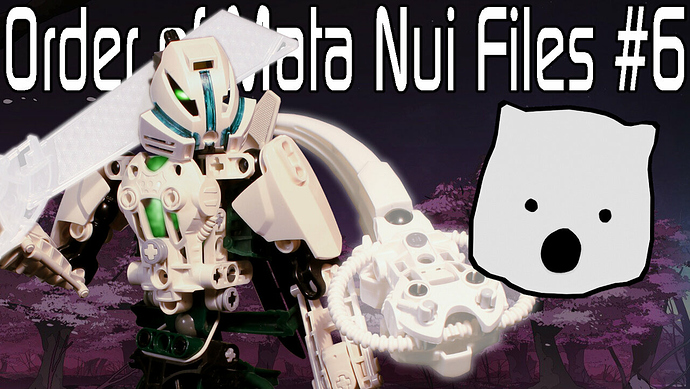 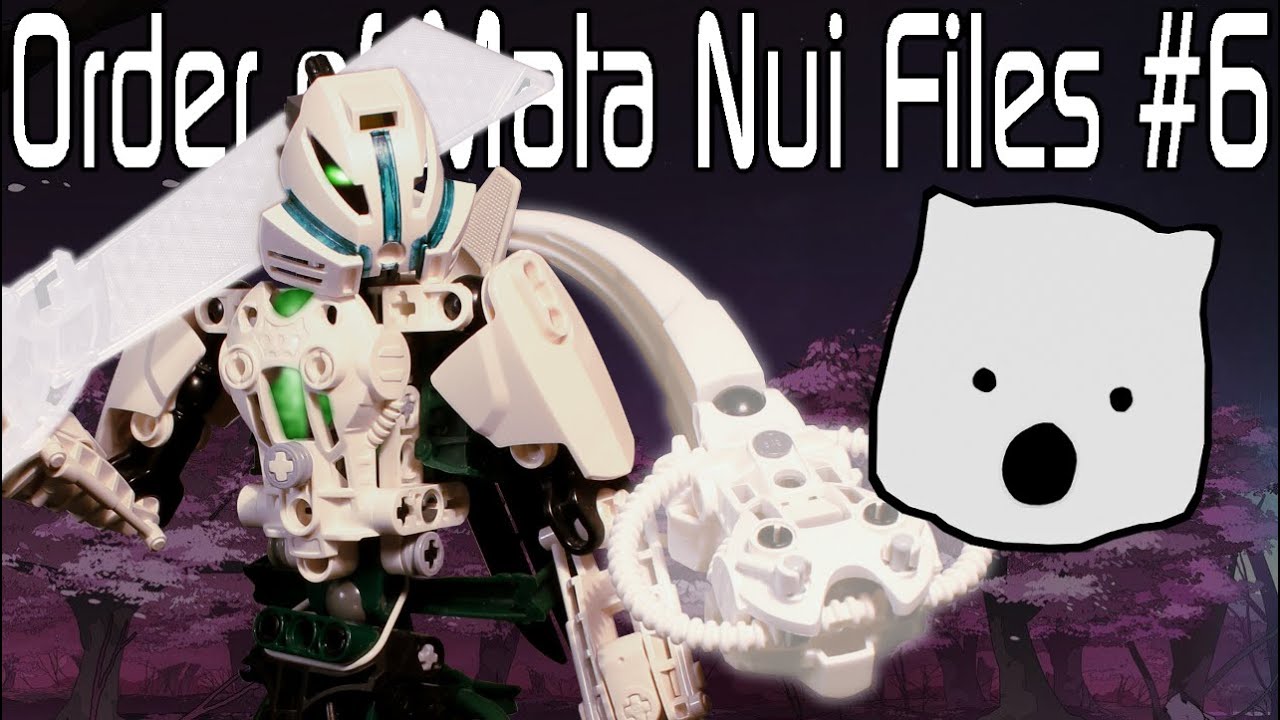 Konpaku was created at the same time as all other Matoran in the Bionicle Universe, and was placed in a village of Le-Matoran on one the northern islands around Metru Nui. He was usually a very quiet Matoran, preferring to live alone on the outskirts of the village, and to do his work without much interaction with others. Because of this, the other Matoran often ignored his presence, or talked about him behind his back. Konpaku didn’t really care, preferring to live a solitary life. But one day, he began to hear voices. Whether this was due to his solitude, or for some other reason, he was unsure.

The voices in his head were calming somehow, and he listened for them constantly. They would give him advice such as where to look for food, or where to find the best building materials. The Matoran of his village noticed this, and started taking advantage of Konpaku’s strange abilities. They never treated him completely as one of them, but more as a useful tool, to be used and set aside. Konpaku didn’t mind it too much.

Several months later, the village began to hear rumors of a murderous being known as “The Scarlet Devil” stalking the islands nearby. The Matoran of Konpaku’s village, who were struck with fear by these rumors, switched Konpaku’s assignment to guard duty along the outer edge of the village. If there was anyone who would spot The Scarlet Devil first, it’d be Konpaku, they thought.

Once again, the voices in Konpaku’s head told him where to go. Sure enough, along his patrol, he came across a tall, red and white being trudging through the forests, ripping down all of the vegetation in its path. It was her, The Scarlet Devil. Konpaku was more curious than afraid, and followed the being, quietly stalking it from the safety of the distant bushes. It continued on for a while, passing by the village and continuing deeper into the forest. It eventually stopped at an opening in the trees. There was a small cave there, containing only a stack of boulders in the center. In an instant, the creature blew the boulders to pieces. Konpaku was amazed by its power. Below the boulders lay a large, black sword. Without hesitation, the being snatched it up, and turned.

Konpaku didn’t realize he had gotten too close. The frightening being was staring directly at him, as he stood out in the open. Without a second to react, the being twisted the blade forward, pointed it at Konpaku, and shot a mist-like beam from the blade directly at him. Konpaku was blasted backwards straight through a tree. He landed hard on the ground, and what remained of the tree started falling toward him.

The next thing he knew, all he could see was red. He heard a quiet breeze, so he sat up, and looked around. His vision was blurry, but he could see a field of red grass, and two dark figures with glowing red eyes, one closer than the other. The closer being walked up to him, and began to speak.

“You’re early. Not surprising, considering your most recent company. Unfortunately, it seems Destiny has more in store for you. Some colleagues of mine still require your services… I’m so sorry.”

After the figure finished talking, Konpaku felt a gut-wrenching feeling, as if his soul was being forcefully drained from his being. He woke up, dazed, where he had fallen, with a tree laying across his chest. The Scarlet Devil was gone, and he was alone, trapped under the fallen tree.

Eventually, one of the village guards came across Konpaku. With the help of several other Matoran, they managed to lift the tree off of him. When Konpaku asked the Matoran what happened, they told him that The Scarlet Devil was captured by a team of Toa that came to help. With that, Konpaku went back to his village to resume his normal life. However, the voices in his head were now eerily silent.

Many years passed after the incident that should have killed Konpaku. Because he was no longer guided by the voices, he wasn’t nearly as useful as before. He tried every day to hear them again, but was never successful. Again he isolated himself from the other villagers, this time hiding out in shame. The villagers started talking behind his back again, but did so for a different reason.

The other Matoran felt uneasy around Konpaku. Any time someone got near to him, they would feel chills, and sometimes even get sick from it. Those who spent the most time around Konpaku either went insane, or died in freak accidents. The superstitions surrounding him grew, and his fellow villagers began to shun him. They called him a freak, and sometimes said they should’ve left him under that fallen tree.

Eventually, the fears reached a boiling point. The villagers decided to drive Konpaku out of their village, abandoning him. Konpaku heard this, and fled the village before they could get to him. He didn’t make it too far before he was stopped by a strange Toa. The Toa insisted Konpaku was in grave danger, and told him to follow immediately. Konpaku was, in fact, in danger, so he obliged. The Toa claimed to be a member of a secret organization which desperately needed members with unique abilities. Konpaku found what the Toa said to be strange, as he hadn’t possessed unique abilities for a while now.

The Toa led Konpaku to a remote location, where a portal opened in front of the two of them. They stepped through, and Konpaku found himself on a lush, mountainous island, with a massive stronghold in the center. The Toa handed him off to another member of the organization, who showed him around the island, and gave him a Toa stone. They transformed him into a Toa, and he was then brought before the leader of the organization, a Toa of Water named Helryx.

She told Konpaku why he was recruited, and what their organization stood for: To protect and serve the will of Mata Nui himself. They called themselves the Order of Mata Nui. Konpaku knew that, as a Matoran, it was his duty to do the will of Mata Nui, but he was unsure about how willing we would be to serve this ‘Order.’

As he was thinking about his decision, he noticed a glowing orb floating around behind him. As Konpaku looked at it, he swore he could see everything through its point of view. It only took him a few moments to realize he was the one controlling it. The orb flew wherever he wanted it to, and wherever it was, he could somehow see through it like a second set of eyes. The feeling wasn’t unusual either. Then everything clicked. The orb WAS him. A separate entity somehow linked to his consciousness. Upon this discovery, Konpaku broke down. He fell to his knees in anguish, realizing that this spirit form was what had caused him to be driven from his village, and what had gotten him on the Order’s radar.

Of course, Helryx noticed this. She was well aware of everything having to do with Konpaku, from the Order spies’ information. She offered him a compromise. If he would serve the Order, they would provide a service in return. Konpaku had only one thing in mind.

“Find out who did this to me. So I can kill them.”

Helryx accepted, and due to the nature of his request, assigned him to the assassin division of the Order, led by Tobduk. With training from Tobduk and another Order member named Mars, Konpaku rose to the position of Top Assassin within months. He held that position for a good amount of time, until a new recruit, Knoxus, quickly beat him to the position himself. This formed a large rivalry between the two, but Knoxus was never quite as into it as Konpaku was. Konpaku remains in the Order to this day, growing more and more impatient waiting for the Order to fulfil his request.

Thanks for reading everyone!

I like the custom accents on the kakama, and the creative use of Zaktan’s spine piece. Its a very interesting colour scheme which i think works incredibly well. Also I’m a sucker for when those wing pieces are used as blades

I agree that the colors are pretty to look at. The design is interesting, especially the ghost.

“The things that cannot be cut by my Spirit Katana is next to none.”

I think this one has alwayss been my favorite of yout mocs.

I love these touhou inspired Mocs. Keep them comming.

I think you should try to work in a bit of dark green on the upper body, as it is it just sorta looks like he’s wearing pants, that said I do like the moc.

This has always been one of my favorites of yours. The way you utilized Zaktans spine is creative and his ghost half is a nice addition.

I love your Mocs!!! Especially Knoxus!

This is by far my favorite moc from you. It might just be my 2hu bias, but I really can’t see anything wrong with it. Maybe the shortsword could be white instead, and I don’t think the blue on the kakama looks great, but those are such minor things.

no
not at all really
it’s not even moe

“The things that cannot be cut by my Spirit Katana is next to none.” 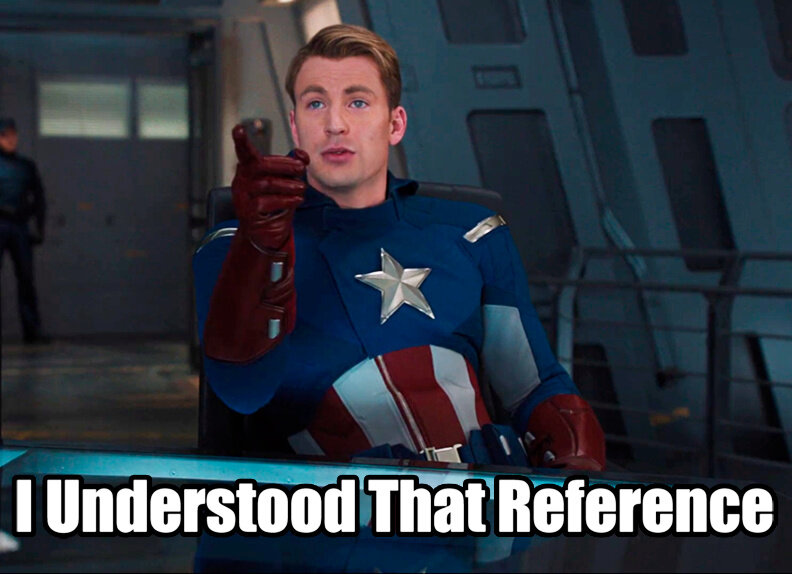 no not at all reallyit’s not even moe

They have similar fanbases. But they’re completely different story and design wise.

I don’t think the blue on the kakama looks great,