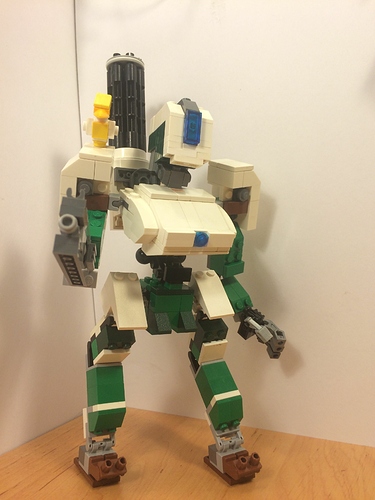 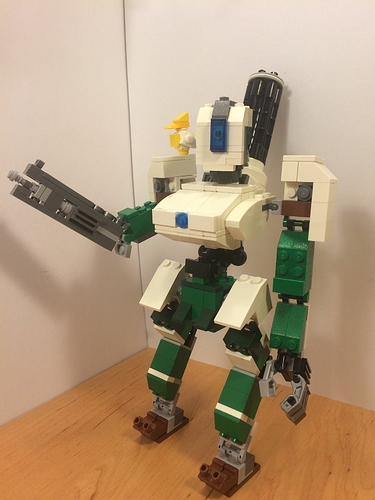 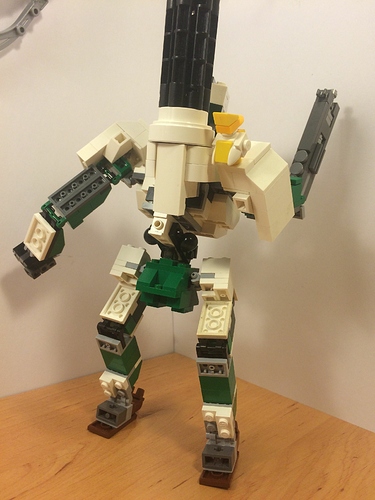 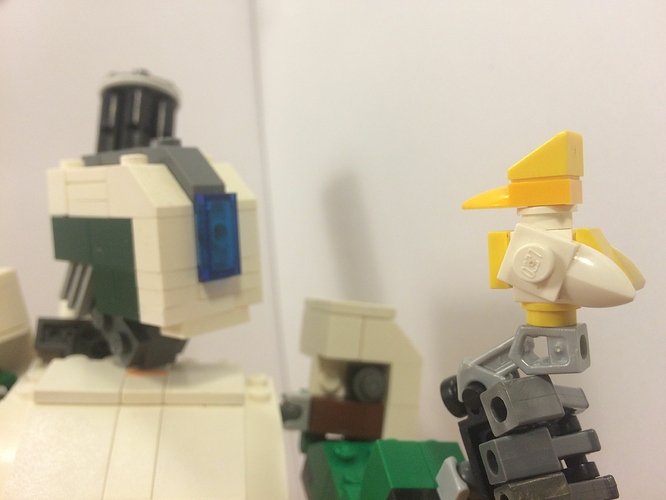 Before you start saying anything about the head being bigger than the body, let me explain. I didn’t feel like making the moc 3 times bigger to fit the head, and I also do know this site revolves around bionicle more than it does with system, but hey it doesn’t heart to have something else, I rest my case. Anyway if you’ve seen me on Instagram then you may have seen this and have noticed several changes that i’m not going to point out but I doubt you have. So I have been playing too much overwatch lately after finding an origins edition version at target and destroying everybody with bastion which i’ve grown to like him. And no he doesn’t turn into a turret or a tank, I would have to make a completely separate moc in order to do so.

oh yeah and Ganymede is his little Bird friend.

Very accurate to the original source. I didn’t even know Ganymede was the little bird that showed up in the POTG screen.

…speaking of Plays of the Game…

Excellent! What a lovely representation.

sometimes tend to do that…

though it was bound to happen

shame about the form thing

though it still looks great 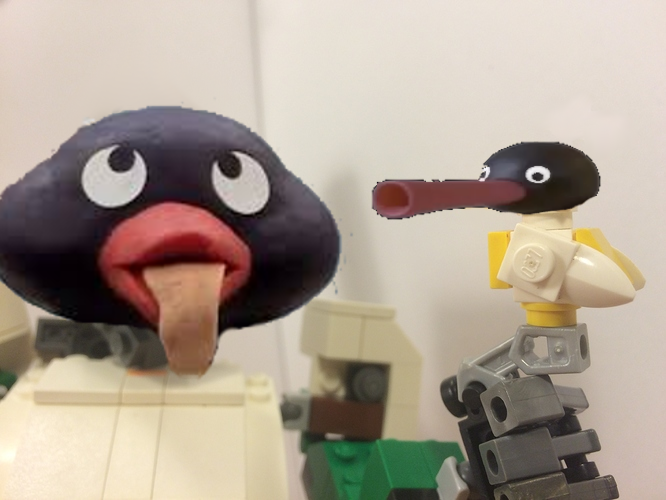 i’m struggling to like this, mainly due to my utter hatred towards bastion, but you did a really neat job mate! It looks like the horrible robot and I personally think the head looks perfect. I know you said you gotta make a different MOC entirely for the turret form, but you have all the stuff there, I would suggest giving it a go and seeing if you can make him transform!

Amazing how accurate this 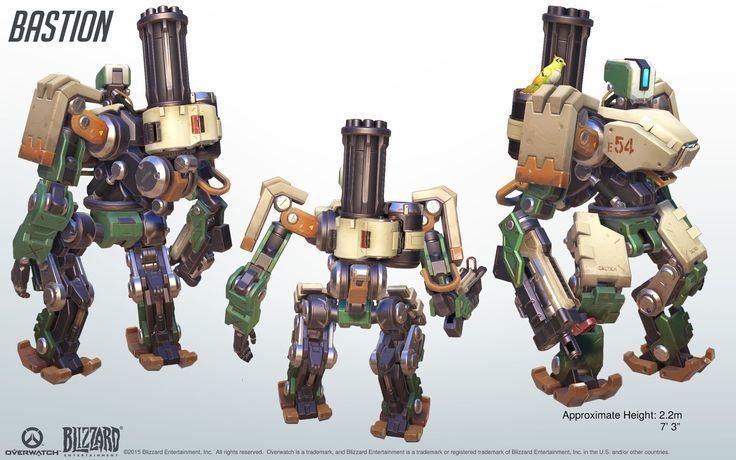 Hey, a system robot! My favorite! except for mechs

What type of poses can you get out of this guy? I can’t imagine there’d be too many, as the clip joints would probably struggle to hold up the weight of the body. And why clip joints? you can’t get as much articulation as a ball joint or something similar, and as stated before, they don’t hold up as much weight. end rant about joints.

Legs
The upper legs could be lengthened a bit to make them seem more like parts of the legs instead of armour. also I’d try to avoid using multiple shades of green, and try tiling some of the exposed studs to make it fit with the rest of the smooth studless moc.

Rest of the 'Bot
Not really anything too wrong with the rest of the bot that can’t be fixed in a few seconds, like the exposed studs on the arms.

Overall, it’s good, albeit a bit simple. most of the things I mentioned could be fixed in a couple seconds, and the transformation I’m sure could be done with some tinkering.

In all seriousness, this is really cool. I do think the lower torso/hips look a little awkward though.

Bastion. The most underrated character.