Another small matoran MOC, hope you like it, he is one of the matoran that wil become Toa, in my Toa team 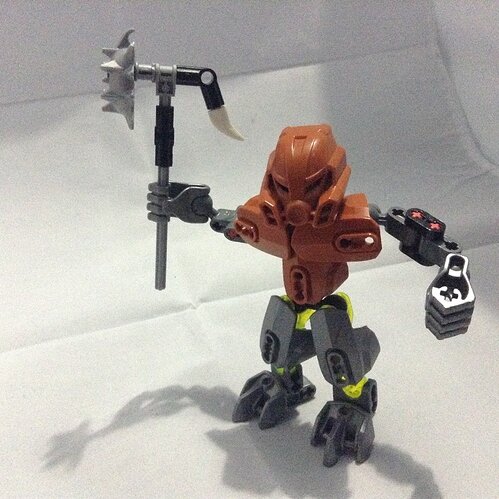 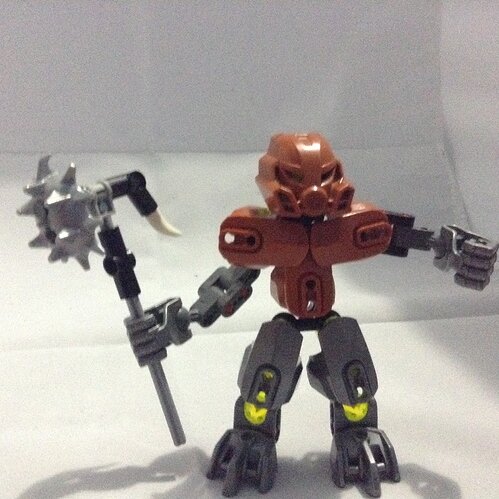 I can’t see the difference between him and a chibi Pohatu.

######Technically you can angle the arms by taking off a few pieces.

True but that doesn’t count!!!

Have you heard of the Toa Mata?

Exactly, I was inspired by the Mata nui matorans

Have you heard of the Toa Mata?

I’m impressed as to how this Matoran managed to buff up his core so incredibly without gaining a pinch of muscle on his limbs. At least, that’s definitely what it looks like. You could probably benefit immensely by redesigning the torso to be a more Matoran-ish torso, and either using pre-bent limbs or making ones with simple elbows/knees.

Yes… at least this moc has a neck

Looks good, but I agree with a lot of the criticism up above me…

elbows and knees would be nice, as well as a color scheme different from Pohatu.
Perhaps a different mask?

Ado you think the 2016 mask would be better?

I don’t have the protector

If you have him, Matoran Hewkii from 2003 or Huki from 2001. Both have the same burnt-orange Kakama.

I don’t have them, I would sure make him with the Kakama, but I don’t,maybe I’ll get a good mask in the future

I think one of the older masks would work, if you have one in brown.

Something other than protector of stone or pohatu, thoigh. It needs be be distinguishable between your own character and Pohatu.

I’ll replace that, I am planning to buy some pieces, and I think there is an Onewa mask too

I think he needs an actual neck.

Not too sold on the arms, they don’t fit the CCBS styling elsewhere. I’d love to see another Matoran with that kind of styling though.