Pati: Chronicler of things nobody cares about

What started as boredom turned out to be my new self moc. So, let’s get right into it. 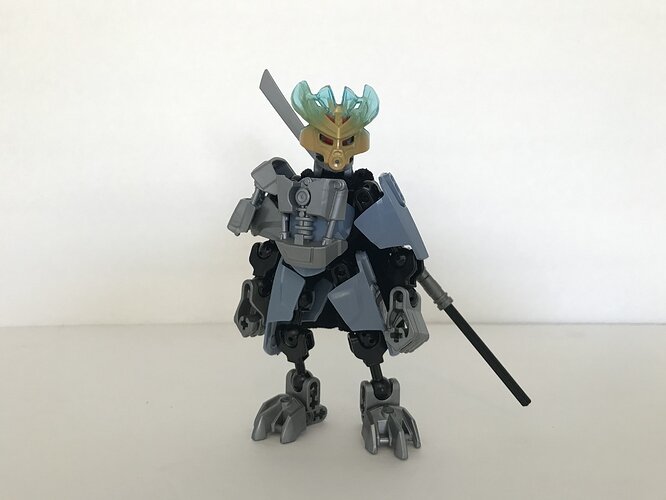 Pati is first and foremost a traveler, and his appearance attests to that. His body is black and silver with red eyes. He wears a blue tunic over that to protect from the sun and weather. On top of that, he wears silver armor and a black cloak. The armor features a pronounced right pauldron and breastplate as well as armored scales sewn onto the skirt of the tunic. 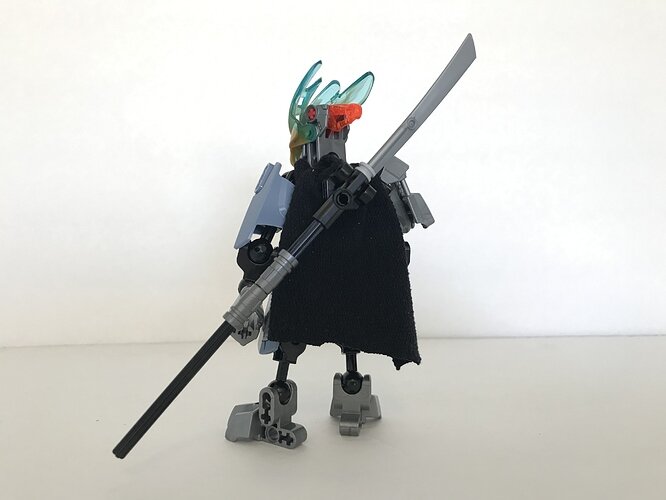 Of course I can’t have a moc without weapon storage! He wields a naginata, used as his ‘chronicler’s staff’ as well as self defense. That’s attached via a robot hand on his back which grips onto the minipin seen later. 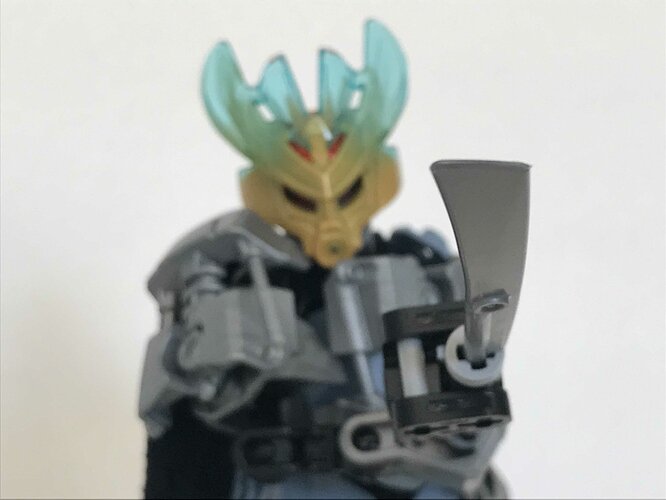 He’s by no means a fighter, but he’s briefly studied martial arts in his travels. If needed, he could hold his own long enough to escape. 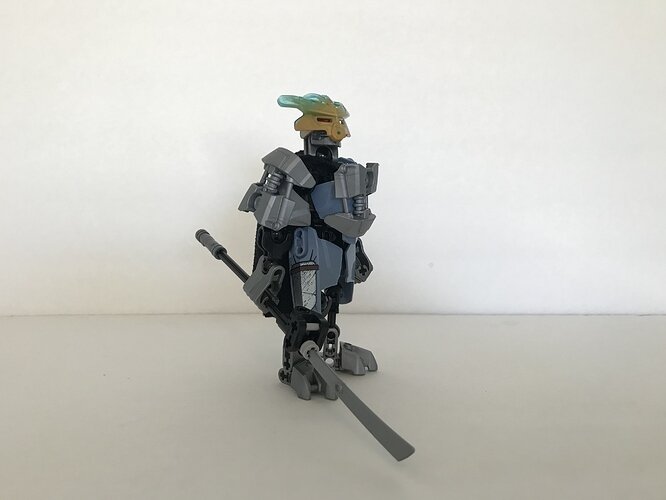 He has seen many worlds and knows many more stories. However, he also knows that the more you learn, the more there is to be learnt. In his travels he has realized that many things change from world to world, yet, many things stay the same.

He most enjoys music, art, and kanohi. He only keeps one though, a rare powered mask. What that power is, however, is a secret he has kept since he found it. 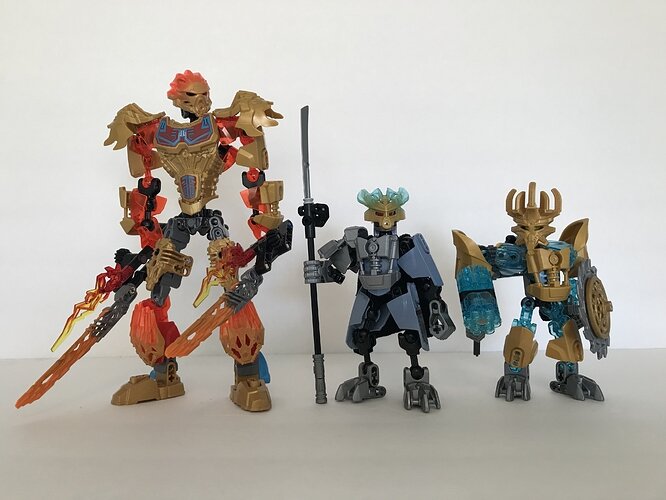 So, what do you think? Simple yes, but I think he’s quite charming. This is a rare case when I really love what I’ve put together, so I’d appreciate if one of you would tear it to pieces

Why is he mask a completely different colour than the established colour scheme?

To provide some contrast to the monotony and make it stand out as something important.

So that is the important mask with secret powers?

Cool. Then it makes sense.

He looks Great! I really like his Color Scheme and his weapon.

Thanks! It’s actually the kama my old SM used to wear.

Awww, I love you too.

I generally don’t critique Matoran-size builds that much and I’m a lot more lenient on proportions, given that a lot of the official Matoran builds weren’t very proportionate. I’d suggest if you want to solidify him as is, you add some tires to his shins to cover the axles, and make the the attachment point on his naginata closer to the center, such that the axle isn’t almost touching the ground at a forty-five degree angle… maybe go for a thirty-degree angle.

Also… the top of his torso seems to be pretty flat; that’s probably caused by the Master add-on.

I’m not sure if the “blue tunic” description was a planned design choice or an afterthought, but if you want to really sell that idea, I’d add some system bits in that color in between the legs and over the shoulders. But that’s a stretch, especially since this is sand blue we’re talking about. On that note, I quite like that you used sand blue instead of regular blue. I really enjoy muted color schemes for “mortal” BIONICLE characters.

I’m thinking bicklinking the toa mata at some point, so maybe I can get some more sand blue and some tires like you suggested. Thanks again for your feedback, you’re the best.

It was a big ol’ afterthought. I was limited due to only having 4 pieces in sand blue and when I put it all together I thought “hey that looks flowy”

Nice, a simple G2 matoran build but nothing bad at him. good job, I like the weapon