So, here is my Revamp/Moc of G2 Pohatu.

He is supposed to be some kind of ultimate version of Toa Pohatu, using aspects from both his Master and his Uniter forms. Also, I drew inspiration from this and this. 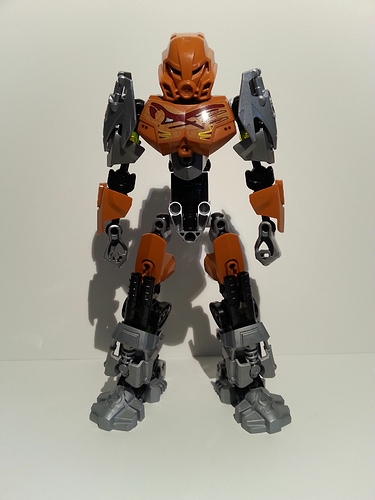 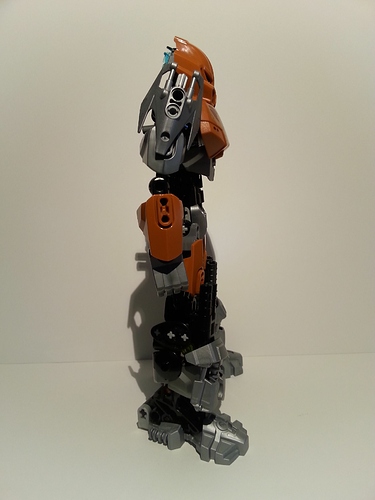 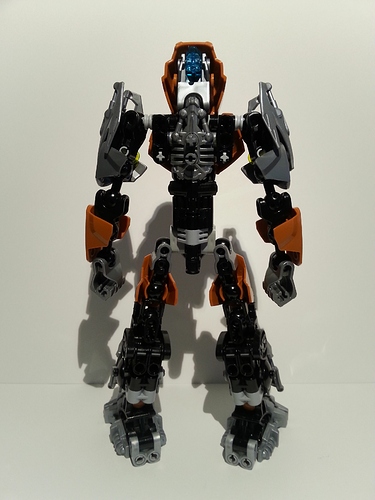 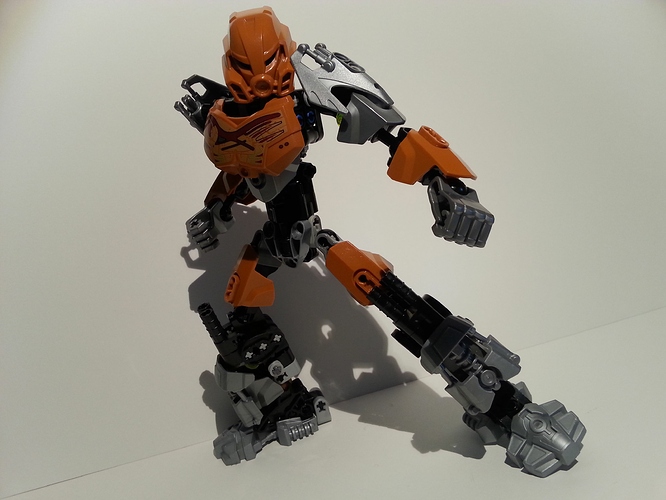 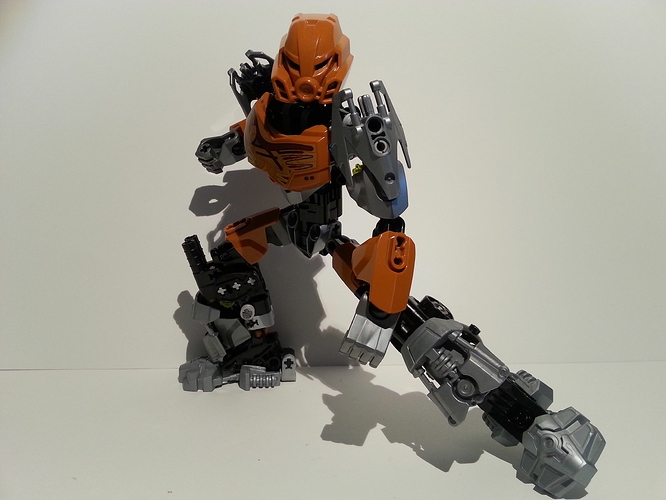 With his Uniter mask 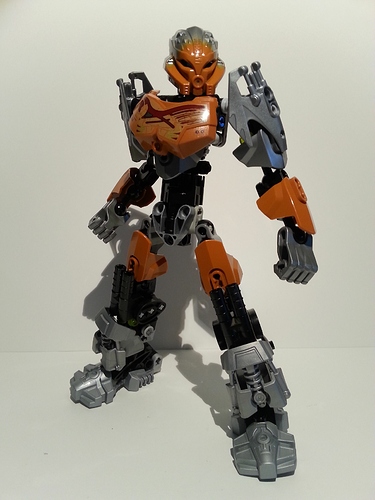 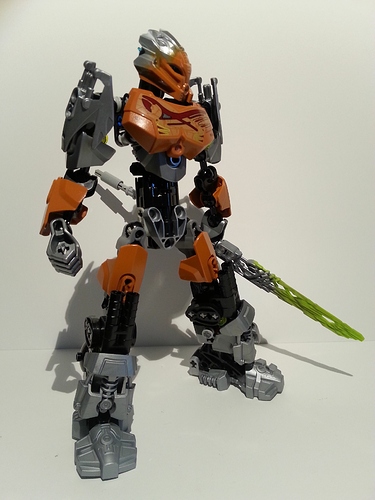 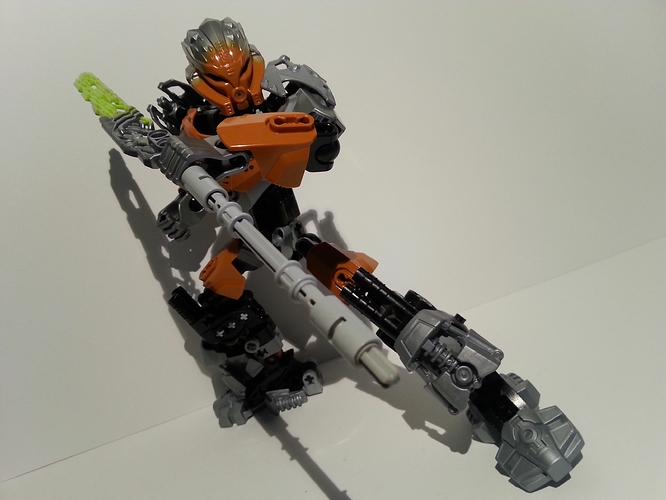 Time for the stone creature, Ketar. 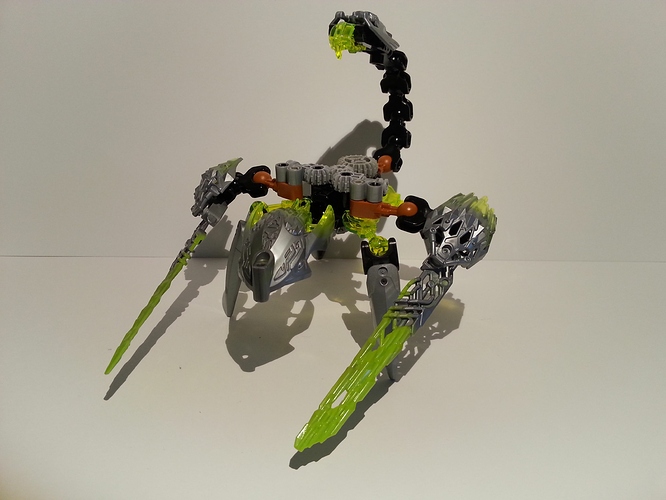 He has a slicing function. Yeah, it’s a bit simple but it’s my first time working with gears, so… yeah… I like it 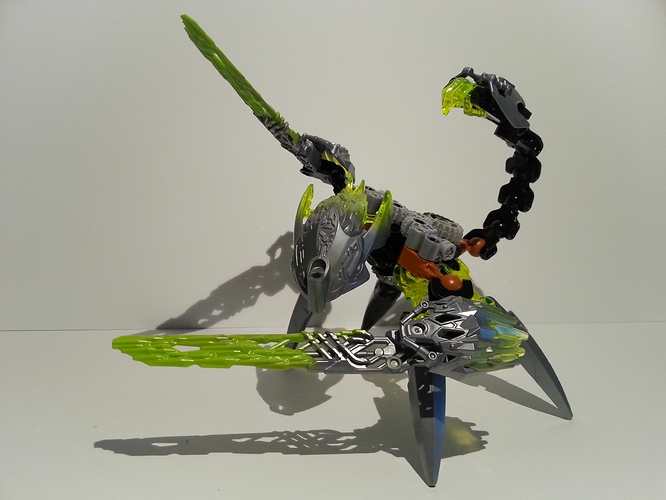 The two togheter. Aren’t they cute? 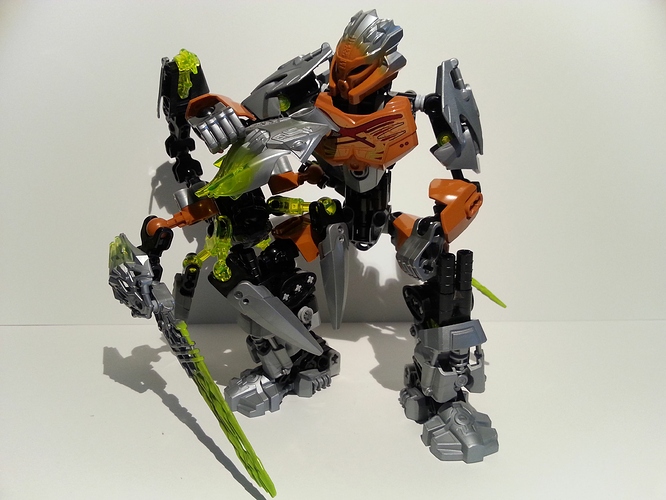 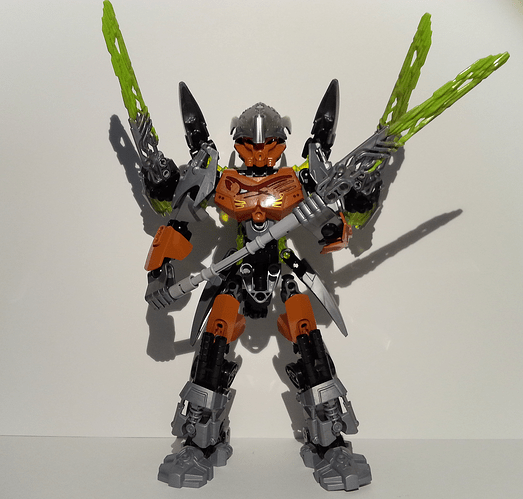 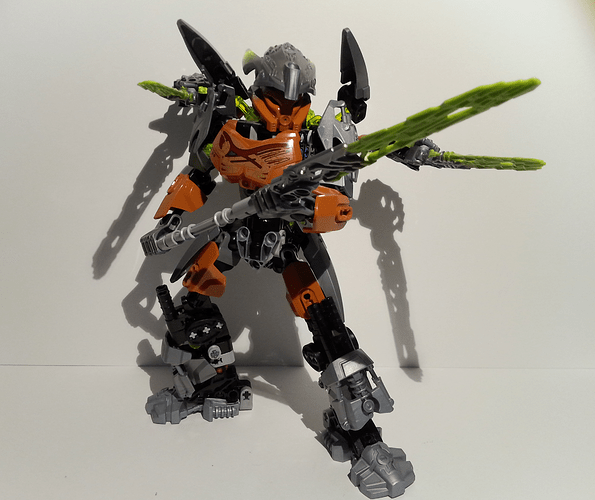 Hope you like him! Comments and criticisms are welcome.

Both fit very well. You managed to fix the really bad color distribution in both of them.

You also made Ketar not suck.

The torso is VERY thin. It doesn’t match with the chest in thickness which I find to be a con, but this is really the only con I can think of.

I also prefer his uniter mask on him.

This is really good. I love the new Ketar.
Also, I think he looks better with his Uniter mask. Hmmm, maybe remove the axle connectors from his knees.

I honestly have nothing else to criticize. Great job!

that Ketar… is so groovy man. I want to make it myself.

I also think this Pohatu design is far more fitting for his Character JTO.

wow this is pretty good!

i would say any negative points about it

but there is none

This is a really nice revamp of Pohatu and Ketar. I like how you kept Pohatu’s personality throughout the revamp. Although the color scheme is a little boring, the custom builds are stellar.

My only problem is the feet. They look too big and don’t fit too well. I think the normal feet or Mata feet with kickers would work well!

the lower legs are the best part

I really like these guys, way more than the actual sets.
That’s my opinion for a good 9/10 uniter MOCs.

I didn’t even know it was possible to make Ketar not suck.

@Chronicler Yeah, I thought someone would have pointed that out… fortunately I managed to “upgrade” the torso a bit, making the upper part thicker.
Tell me what do you think. 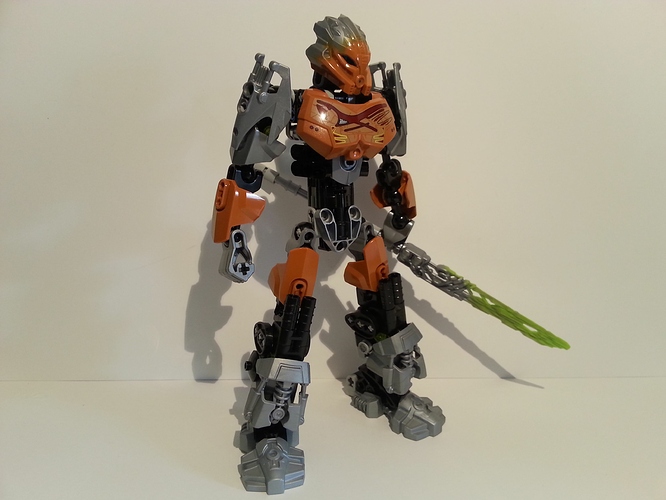 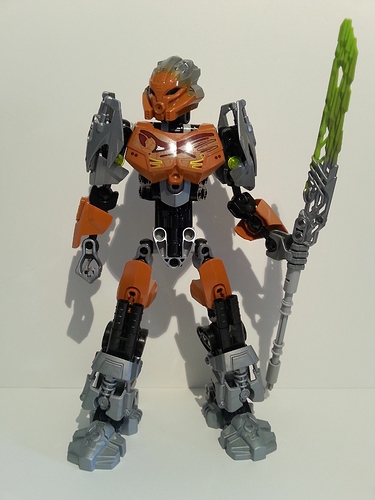 @SmeatyFlavor Thank you. For how stupid it might sound those axle connectors are supposed to rapresent some sort of shotguns, so that he can hit his foes with a knee to the gut and then shoot them away.

Yeah, it’s silly, I know. But the second artwork of Pohatu had this feature so… yeah

@GIF_Man_Ben Thank you. Ketar is pretty simple actually, but if you want instructions I’ll gladly make them

@MaskmakerOfLight Thank you very much. I know the colors might be a bit boring, but that’s the original color scheme G2 Pohatu had and I wanted to “homage” it.

@PakariNation99 Yeah, his feet where a problem throughout the whole build. I wanted to have something bigger than the standard CCBS foot and, unfortunately, I don’t have the G1 kickers.
I thought about making a custom CCBS foot, but I’m not that good with them…

This is really cool and the photos you posted are really well done ! if only this years set was like that though :I

The Unity mode really gets the “Knight” aesthetic off well.

That’s a bit better, because it flows a little better.

You have made Ketar look decent. For this, I salute you.

Looking at it again, I think it needs more trans-lime. Not much more, but as it is now there’s only lime on the arms and weapon.