Pohatu Nuva, The Uniter of Stone

Pohatu always had one defect - his Nuva version. From one of the best Toa Mata, he became one of the worst Toa Nuva. Maybe You have other opinion, but I never liked him.
G2 brought us new Pohatu and new problem - even if Pohatu Master was not THAT bad, Pohatu Uniter is a one big foozle.
So I thought - what about mix these mistakes of Bionicle and make something good?
And, here it is - Pohatu Nuva, The Uniter of Stone. Enjoy! 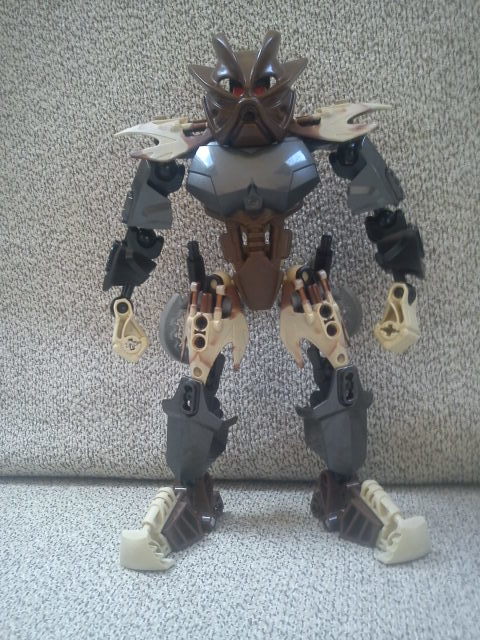 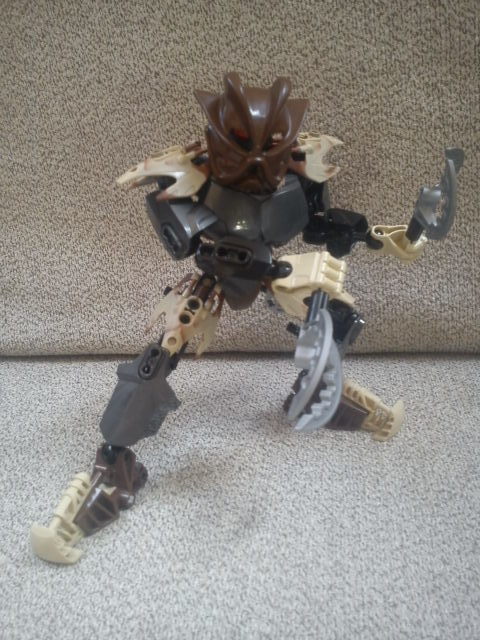 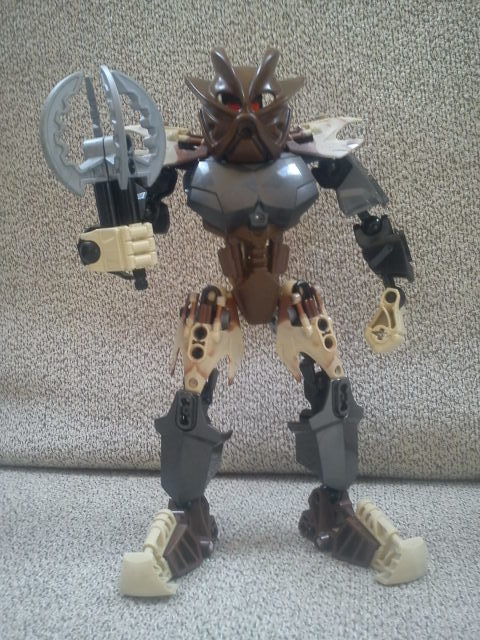 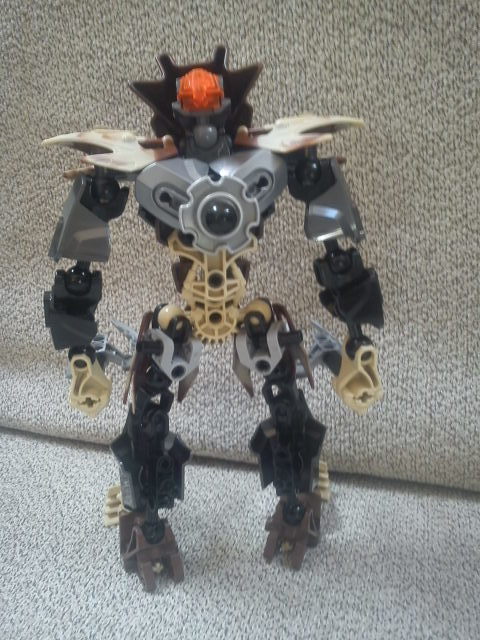 Pohatu Master was not THAT bad, Pohatu Uniter is a one big foozle.

Your opinion is wrong.

I feel like he doesn’t have enoigh brown and has too much gunmetal. Also the black on the forearms looks out of place and adds to the darkness of the whole moc.

one of the best Toa Mata,

snorts
Nice MoC. I like how you made him still somewhat thigh-heavy, but without the upside-down torso. And you kept the colours (more or less), so that’s nice.

But one question, can he unite?

I like it. The shaping on the chest looks nice.

Uhh… This MOC doesn’t fit well with the shaping of the CCBS. Also the Nuva mask really doesn’t seem to fit with a fully erect, broad-shouldered character. Like some others here have said, I’d add more brown, less gunmetal, and work on some custom legs instead of CCBS bone.

Also, nice work with the Rahkshi foot and the ‘gear’ on the back. Flows nicely.

I see a gear piece/glatoran life counter piece on his back. does the moc have a gear function?

the problems I have with this moc stem from the color placement and some of the parts usage,
I would have used the silver and grey variants of the foot pieces and the piston addons on the knees to carry over the booted look of g2 pohatu, as well as some 4m(?) tan shells on the thighs,
the torso is fine as is, bar the odd shoulder design,
I would have used the silver version of the skrall armor on the shoulders and tan and brown shells on the arms, with silver ccbs fists,
I also would have went with the stormerangs, as I’ve never been a massive fan of pohatu nuva’s weapons.
all that said, the moc is pretty solid as is.