I return after a million years again. I should get used to these month-long pauses. (Dang I’ve had more hiatuses than Steven Universe.) So I’ve had Pohatu sitting on my display for a while, but I wanted to finish Onua to show em off both here at the same time. Now he’s finished so let’s begin!
I should probs mention how these mocs are also meant for a G2 lore reimagining in the works. 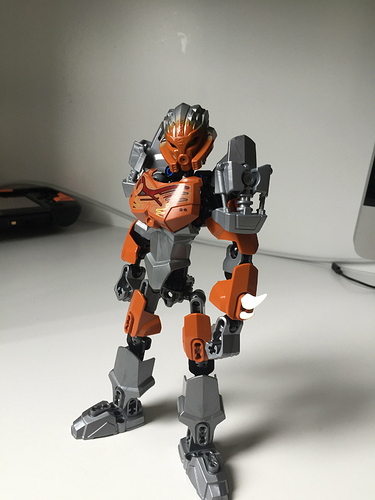 IMG_1436.jpg2448×3264 1.76 MB
Pohatu is the Toa of Stone and one of the six heroes spoken of in legends of times past. He is as keen-eyed as a vulture and has the stamina of a Great Arrowback, being able to detect objects from afar with perfect accuracy and travel the unrelenting sands of the Stone Region without taking a rest. Pohatu’s greatest fault comes in his lone attitude. He prefers travel alone, and will often go silent when around others. This, paired with the fact that he is stubborn to a fault, leads him to refuse much-needed help and guidance. 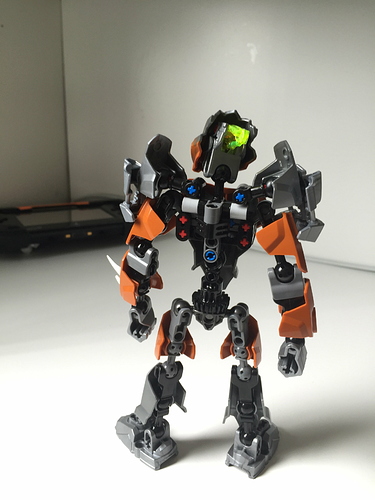 IMG_1437.jpg2448×3264 1.5 MB
To befriend Pohatu is a long and hard process, but he proves to be a worthy companion once one has gained his trust. Such an example comes in the form of Nikuu, the protector of stone. 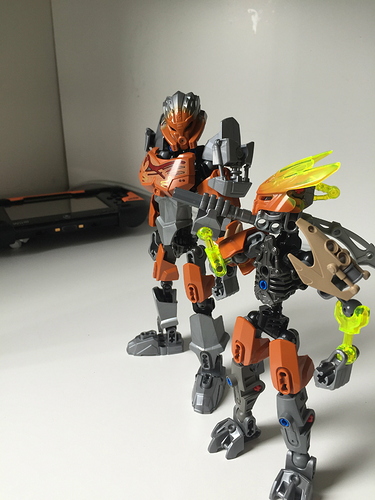 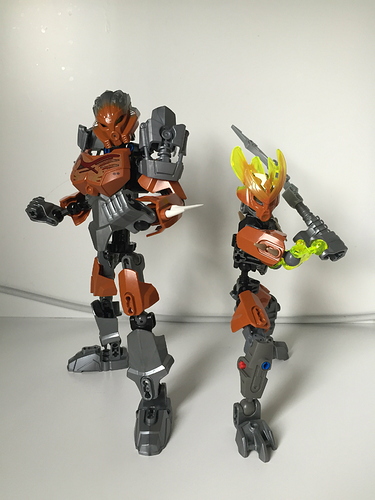 IMG_1439.jpg2448×3264 1.55 MB
THE MOC: As a moc, Pohatu isn’t the most complex, but he gets the job done. As a general rule, I put it upon myself not to use trans pieces at all in the Toa, and to emphasize their primary color. Not only that, but Pohatu keeps with the theme of Stone characters having asymmetry somewhere. Also here have his unarmored body for giggles. 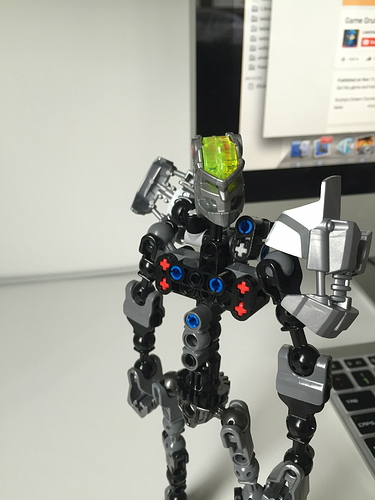 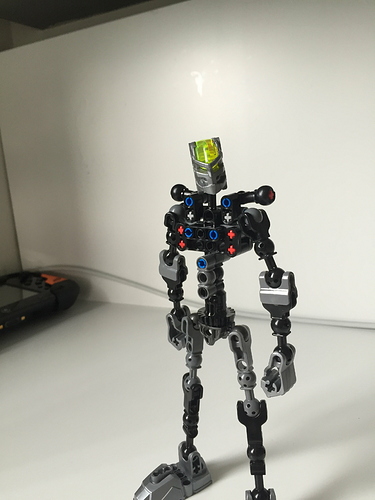 I think that the master Pohatu mask would look better. Also, Pohatu’s color scheme looks kind of boring, I think you should add some of the transparent yellowish green. Overall, it’s a good MOC.

Not gunna lie, its a bit boring, the green really made pohatu stand out, and you should go with the 2015 mask IMO.
And from what I can see of Nilkuu he isn’t the greatest either, specially with the torso gap.

No offense, but the proportion looks similar to Gali 2015.
Aside from that, the build is decent from the inner torso.