The day after I listened to TTV 159, not one, but TWO giant Amazon boxes came to my door. Once they were empty, I set up a display in my dining room and took pictures. 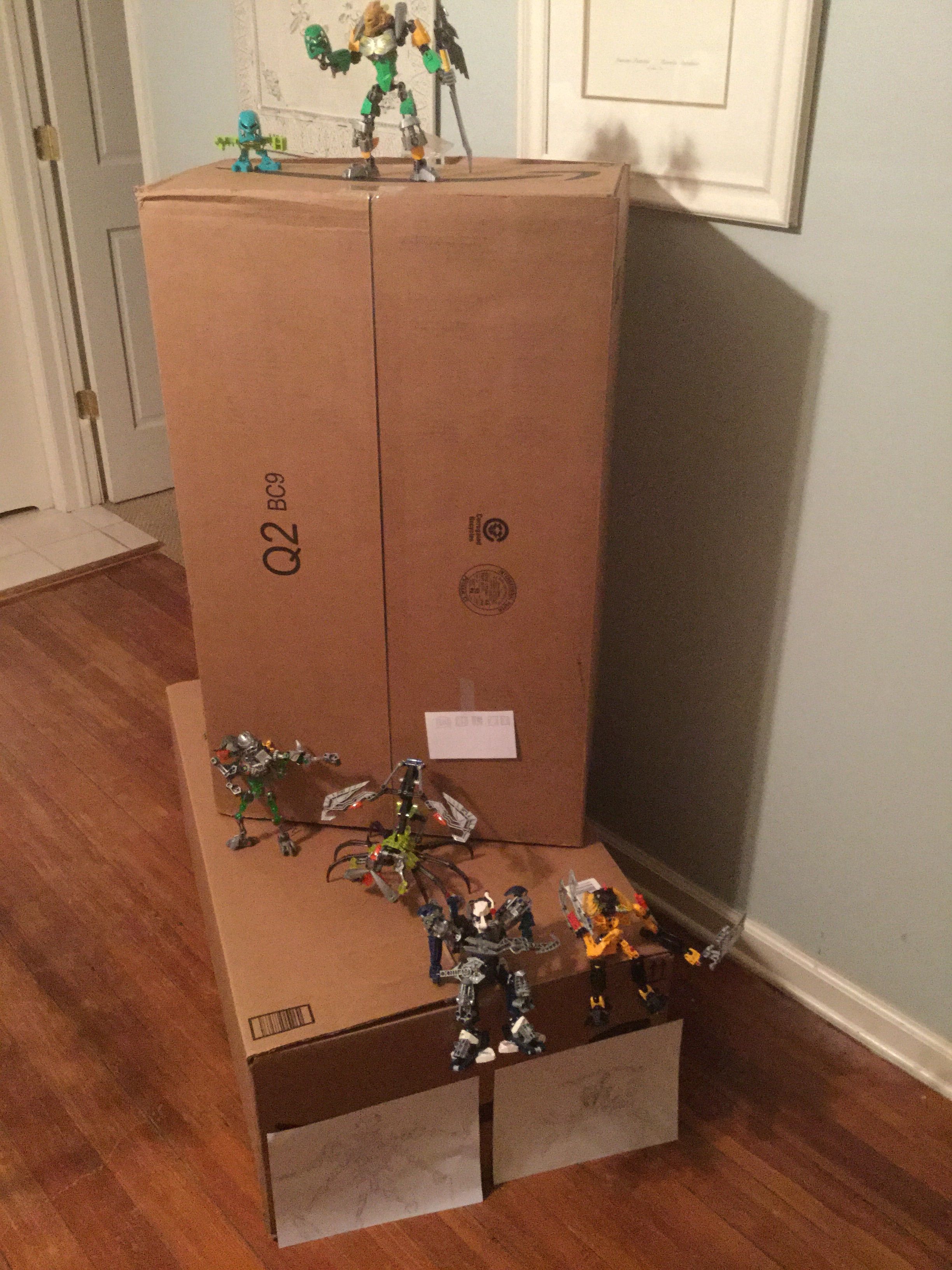 Here is an overall shot of my display, in all its enormous glory. 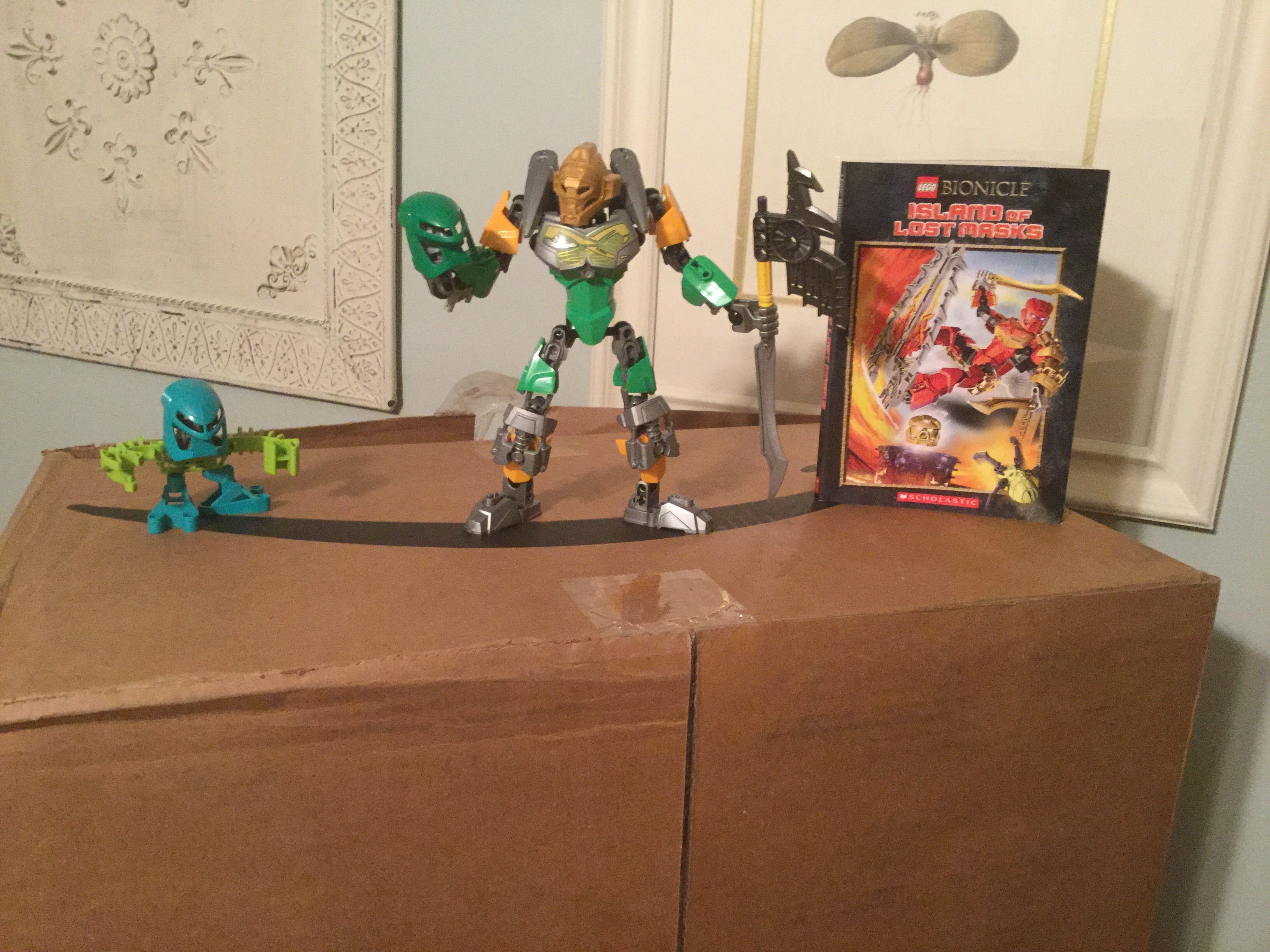 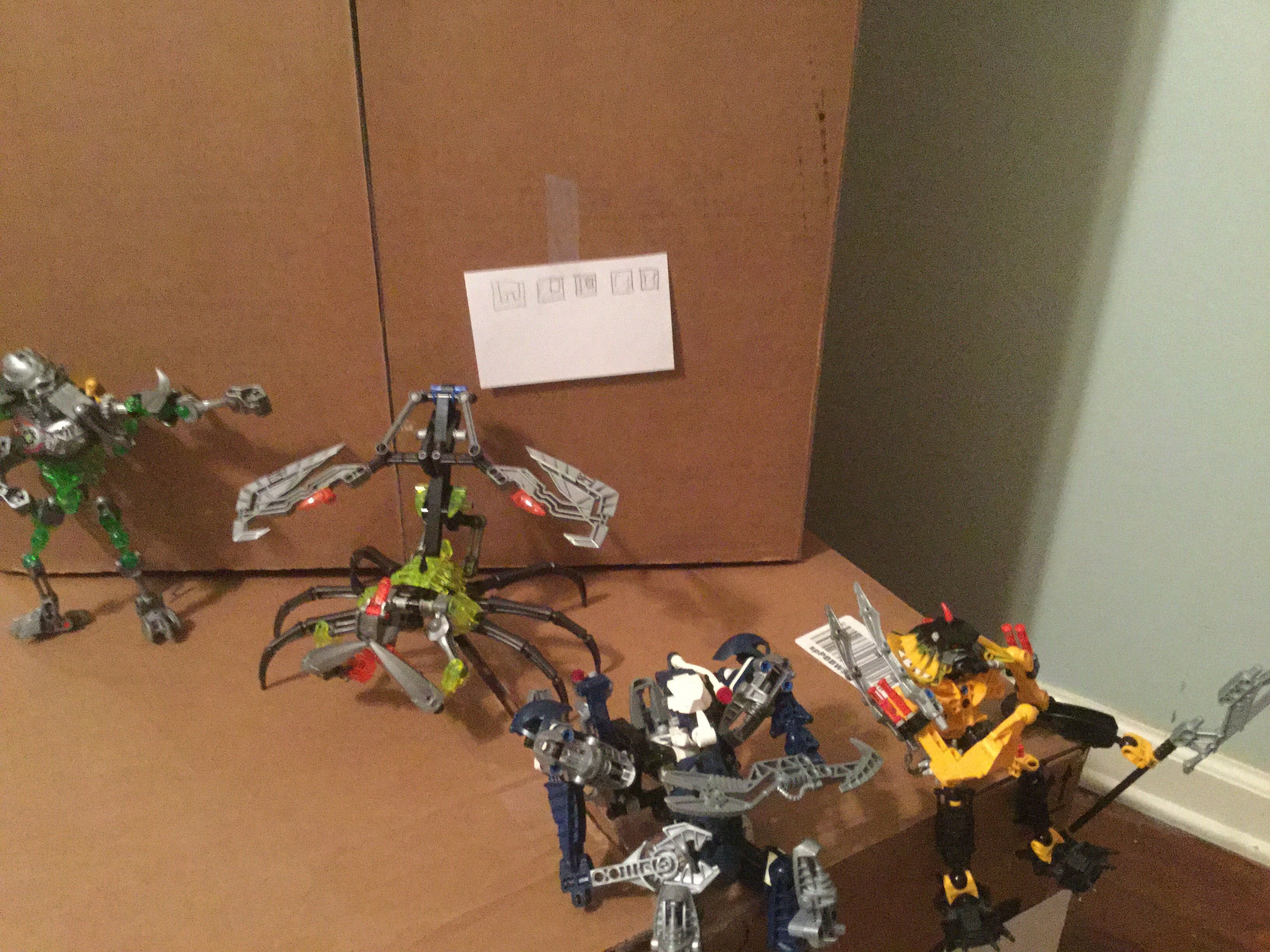 Down in the chasm of despair, Skull Slicer laughs at a miserable Skull Scorpio, who has been relegated to the Top 10 Worst Sets along with those "g1 losers" Krekka and Hewkii. The sign reads "worst" in the Okoto alphabet. 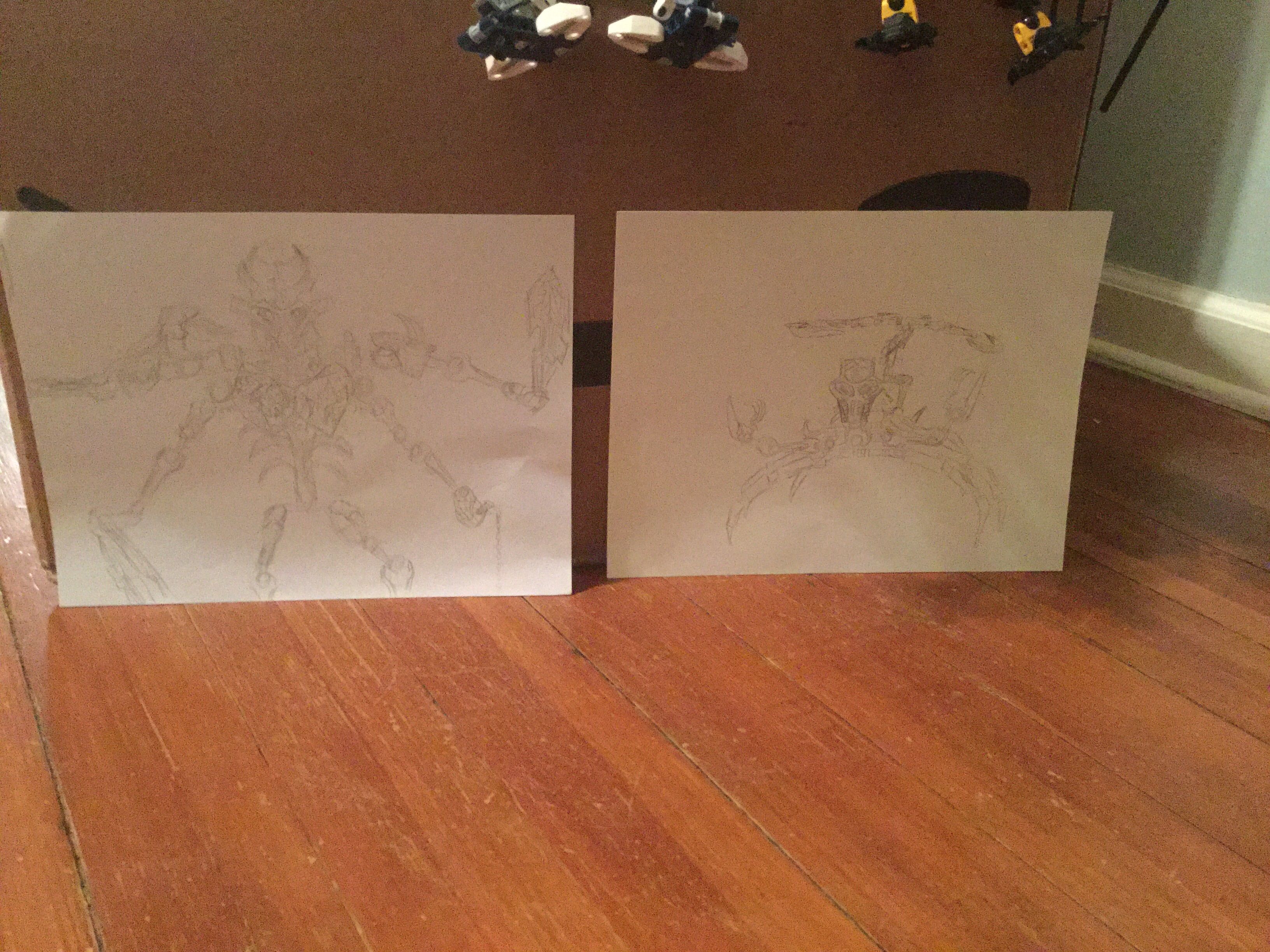 At the very bottom, we have my (terrible) sketches of Skull Slicer and Skull Scorpio, because why not. 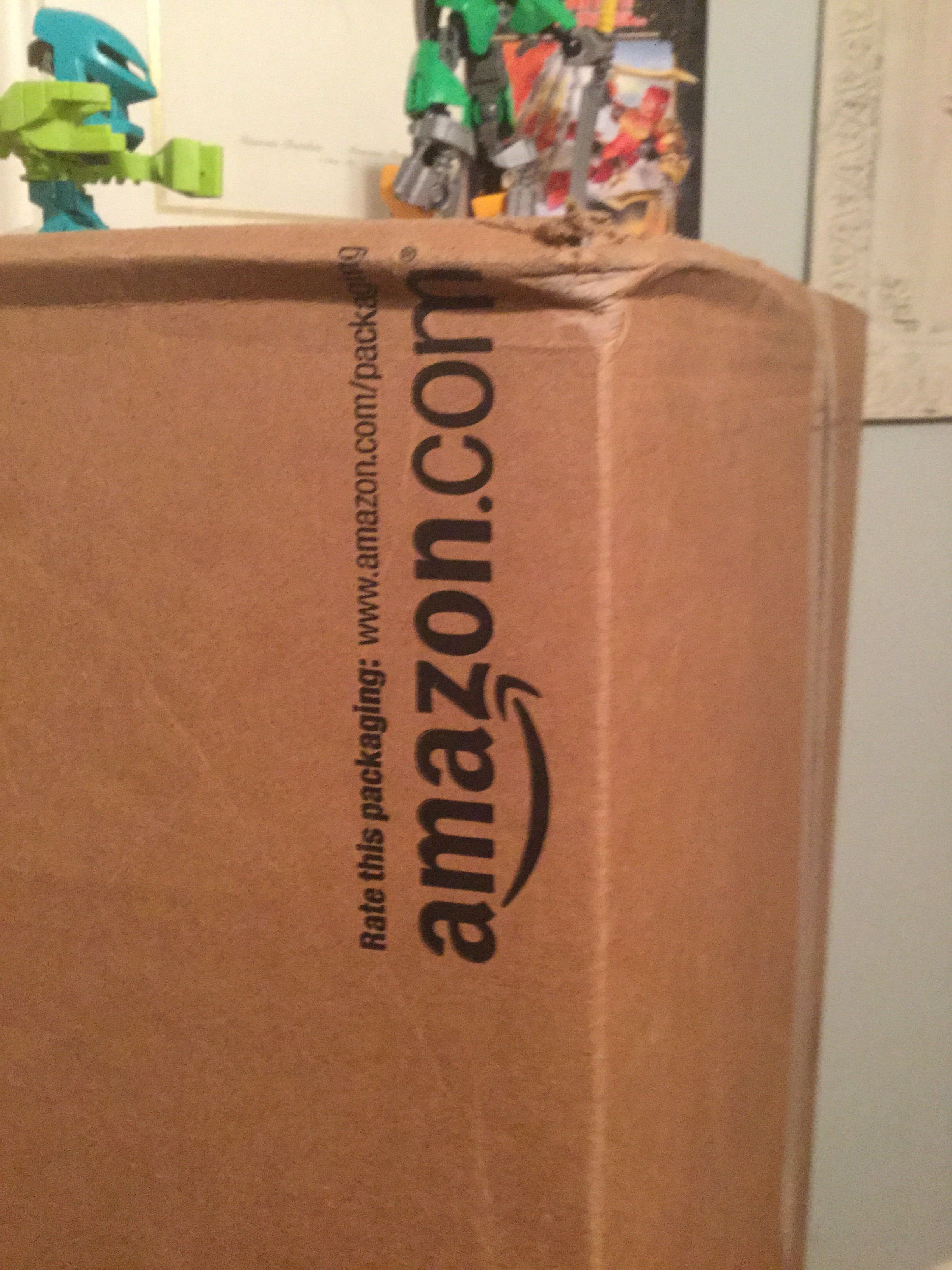 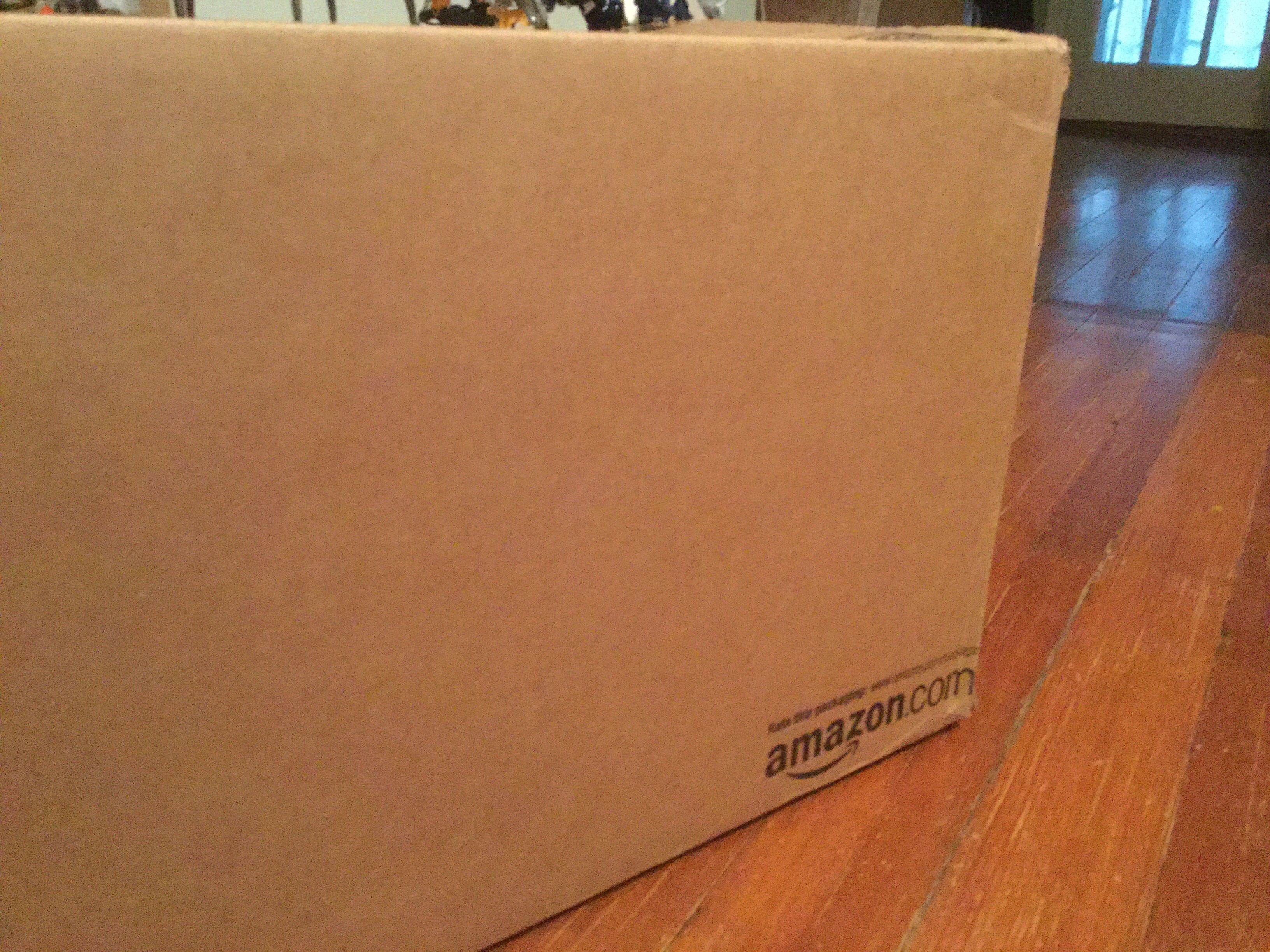 Finally, proof that these are, in fact official Amazon boxes. Also proof that I had too much time on my hands during the Summer. Thanks for checking this out!

The G1 Mirus Dumb
guess why

The G2 has HeadPhones

Would it fit into one of those boxes?

In all seriousness, the topic is just worded that way to attract attention, even if it looks odd. Thanks for sharing that!

You really do have too much free time.

Why do you need to prove that amazon.com has large boxes at their disposal? Were they full of bonkle or something?

The whole "proving they exist" thing comes from TTV itself. There was some controversy in a recent TTV episode, where Eljay refused to order Island of Lost Masks and claimed he wanted everything in one giant box. Other cast members said that Amazon doesn't make giant boxes, and would ship the items in separate boxes anyway.

Honestly, this was a bad idea, and I should take down the topic if that's possible.

Nah, if you don't wanna have it taken down, it's fine to stay.

@eljay would be proud that you did this to defend him

The question is... do even larger Amazon boxes exist?

probably photoshopped but it's still funny