When Walker (the malicious maw) transformed into his more human form, he got a superior intelligence, and he found himself lonely. In one of his many adventures, he found a very very old prototype of a “combat matoran”, made by the ancients. He gave him just a little armor, and they became like brothers, Walker being the older.
Stories aside, this moc was made with the pieces I didn’t use for the malicious maw v2 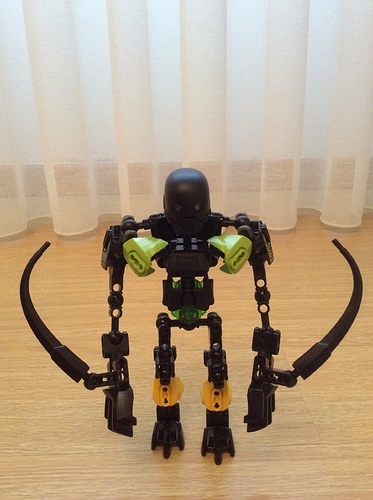 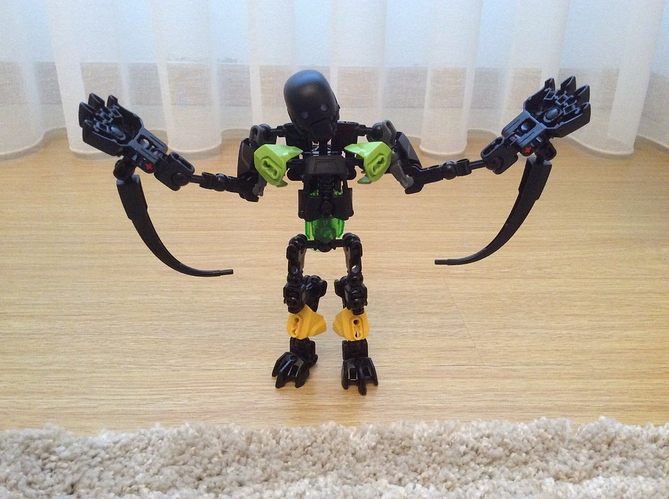 Nobody knows what would happen if someone tried to hurt his brother. The only person who knew it is not alive by now. 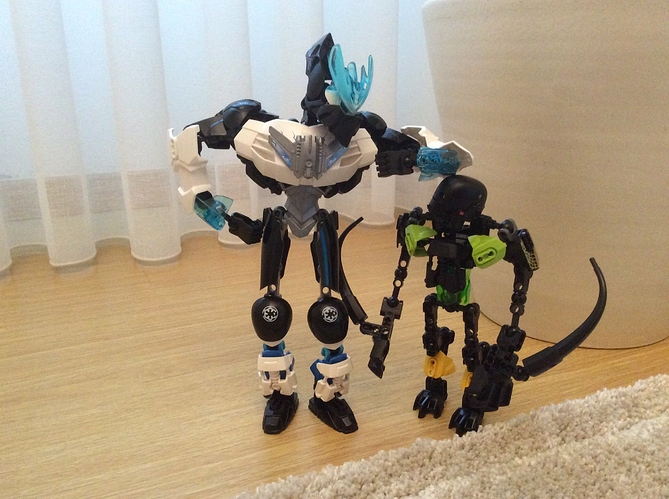 Thank you all for your sweet comments!

Its a- its a- its a…what is that out of interest?

@Walker_14 I’m struggling to work out what its meant to be?

Arms are too long, if it was a prototype type long arms would cost more to make. But over all nice moc but he needs some real hands, or custom ones

VO_o I am not getting the question

@LTVmocs Thanks for the suggestion, but if he is a prototype there was only 1 made, so the price wouldn’t be that much of a deal

@Square I already said it is supposed to, it is just a prototype, being not very covered is part of the moc. Like a matoran, simple but strong.

Well I guess that explain the lack of coverage.

The head doesn’t blend and the “bashing function” wont look good from the view.