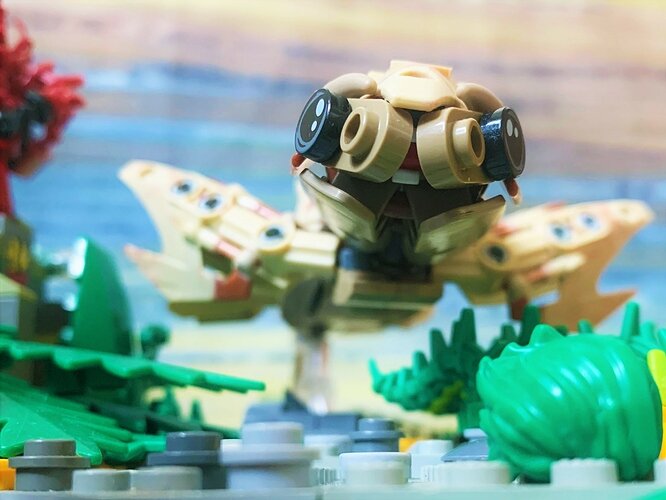 My entry to Round One of the 2020 Bio-Cup.
Round Theme: The Natural World
Subtheme: Boneless (cartilaginous) fish.
Opponents: Oksusu02, Matoro41, Jack McDonald 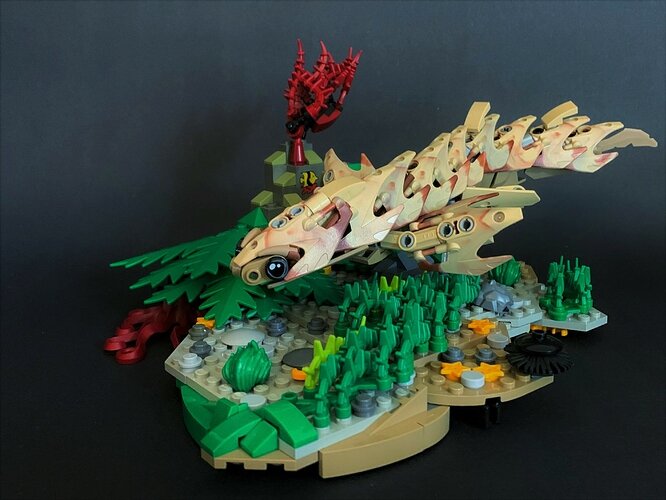 IMG_04942835×2126 1.03 MB
Given the sharky theme, I was determined to make something colourful rather than another grey shark. Enter the catshark, aka dogfish, aka rock salmon - a small, dapply shark native to the waters of Scandinavia and Western Europe. 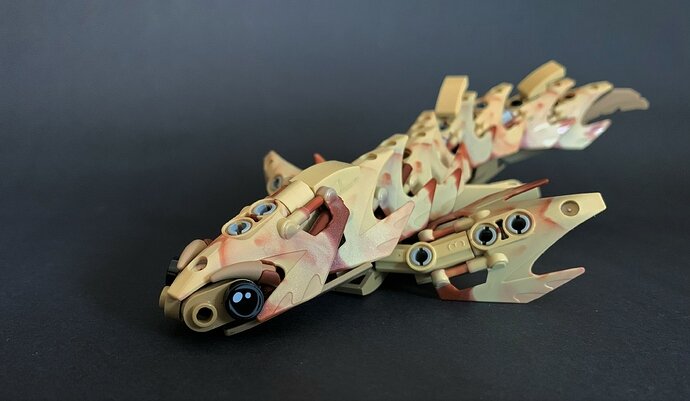 IMG_05033545×2063 1.18 MB
The Vorox armour turned out perfect for a build like this. Sure it can’t totally match the pattern, but it’s close! And the matte texture even matches the tiny, sandpapery denticles that coat their skin! 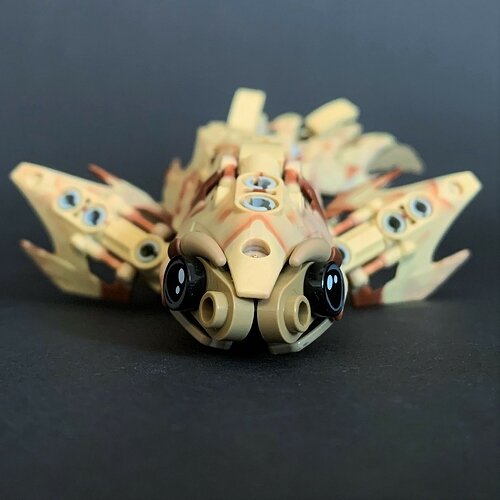 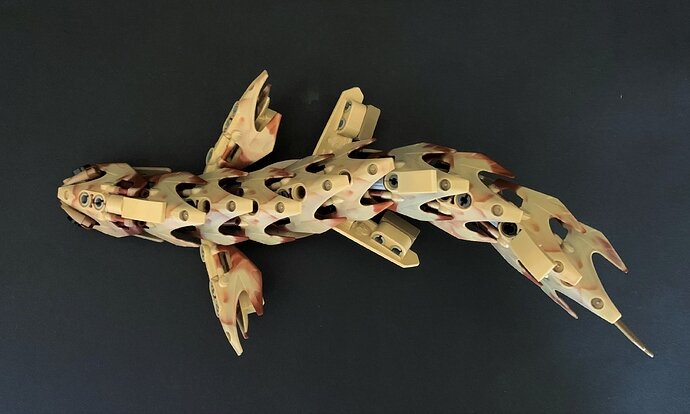 IMG_05053656×2194 1.4 MB
Catsharks hunt a lot like cats do, mostly for small prey hiding in the undergrowth, though they have the added bonus of electrosensory organs in their noses that can detect muscle movements of their prey beneath the benthos. That’s what the two “nostrils” are for. 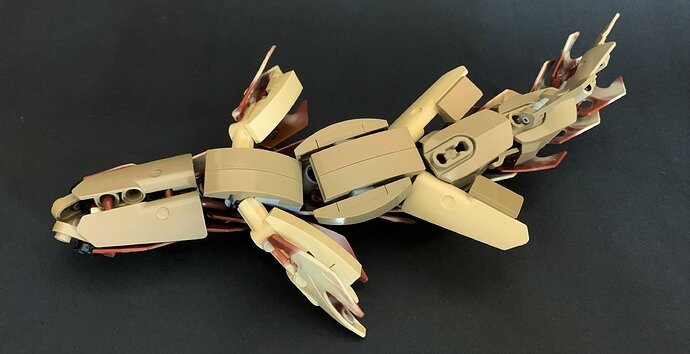 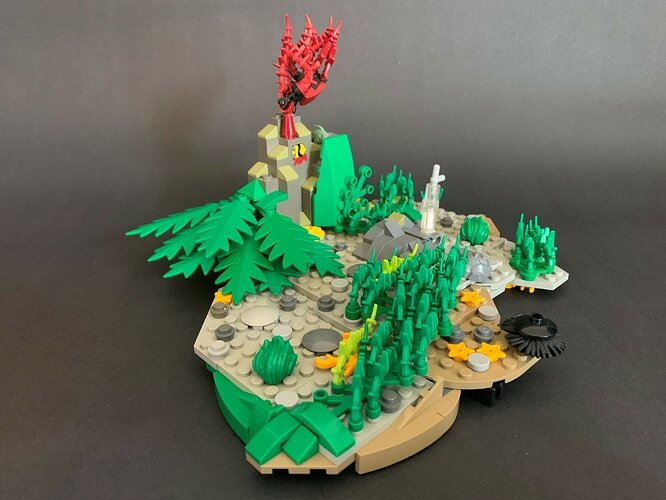 IMG_05023799×2849 2.03 MB
This is also the first time I’ve ever tried making a base/stand/diorama around the build. More partspam on the red and green algae thanks to a Pick-a-Brick order a while back. If anyone has any feedback on this part especially, I’d love to hear it as I am definitely a rookie when it comes to System builds! 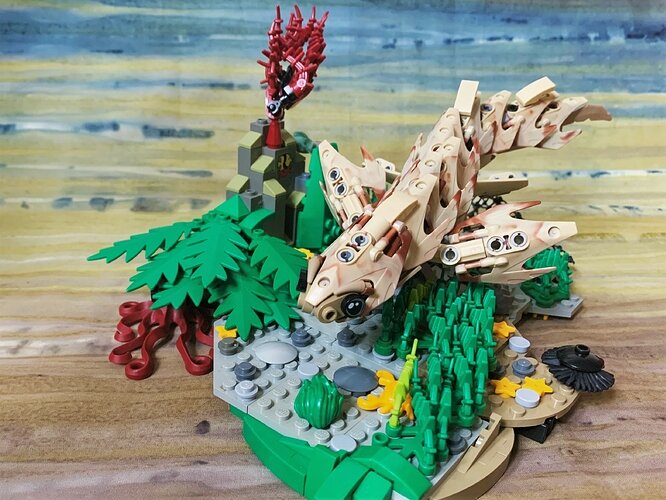 Oh that is gorgeous. Those Vorox shells do work wonders.

Love the use of the Joker hair, it looks very flowy andfits the enviorment.

I couldn’t not use this BURP once I discovered it. Turns out it’s from the Deep Sea Refuge set from 1997. Since I don’t have any other pieces of the set and would have been too young for it back then (and the amount of dust I had to clear off it, meaning it’s definitely not something I got recently) I can only guess how I came to own it.

And thanks yes, tried to get an idea of a current pushing all the seaweed in a particular direction.

How did you attach those spike-like hair to the round black piece?

I tried different pieces because i am making a smaller Garai, and that piece didn’t work

This is absolutely brilliant! I love aquatic rahi!

Holy crow, that’s such a fantastic build!I love the articulation of the fins