The Regan Fire Beetle is a semi-sentient Rahi that is found across the warmer regions of Rega Nui and its surrounding islands. These beasts live in large, underground colonies, which contain a large queen, and were considered highly dangerous when the island was still inhabited. Since the destruction of major Regan civilization, the beetles have begun their own conquest of the small islands only miles off the mainland’s coasts. 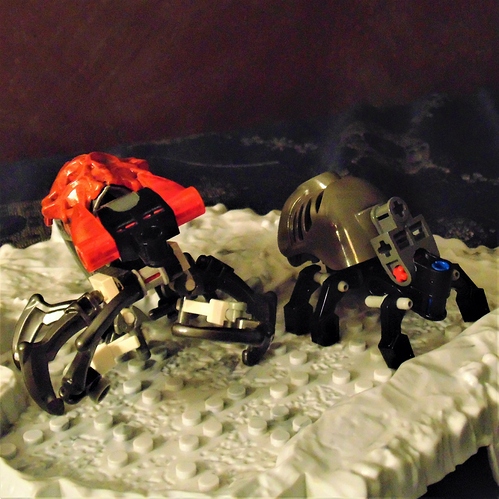 These creatures earned their namesake based on their coloration and their defensive functions. They bare a bright orange and white color scheme, which indicates to potential predators of their poisonous innards. Symptoms of ingestion include a shortness of breath and an inability to sweat, all while internal body heat begins to spike. 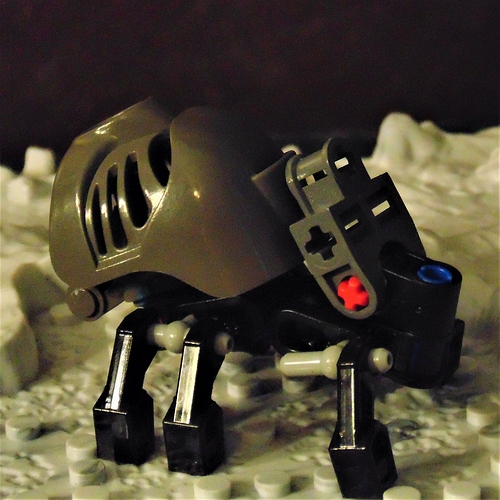 The larvae are kept underground, as they are inexperienced and squishy. They also are less potent, and are edible to predators with a resistance to poisons. The adults care for the young until their carapaces harden and their legs grow claws. 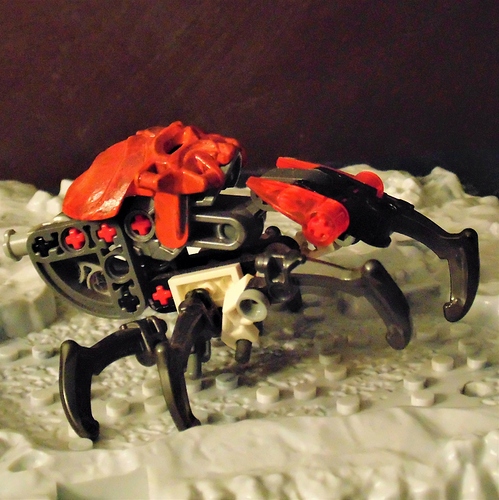 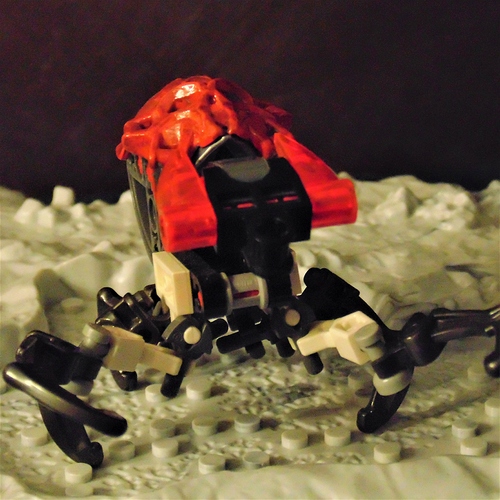 Adult Fire Beetles are equipped with a stinger, generally used for hunting prey. They are an omnivorous species, and have been known to pull various fruits into their caverns.

The adult beetle was built a few years ago out of table scraps, and I thought the design was decent enough to have its own mask painted for it (especially since I had so many skull spiders). I recently built the larvae to accompany it, just to see if I still had a knack for Rahi. If I can find it, I might post the photos I had for the Regan Fikou, which was a much bigger version of the Mata Nui Fikou.

Admittedly, when I saw the title, I thought of this:
https://vignette4.wikia.nocookie.net/alf/images/b/b6/Ronald-Reagan.jpg/revision/latest?cb=20110201051353

Ah yes, I forgot to mention they’re a fan of Reaganomics