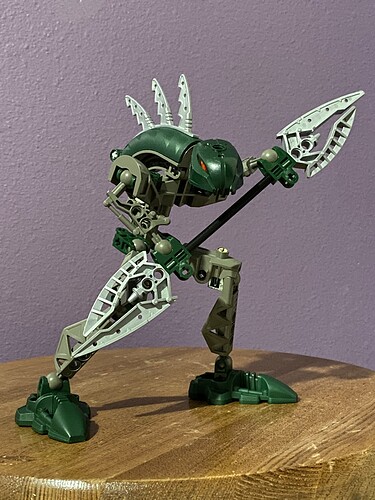 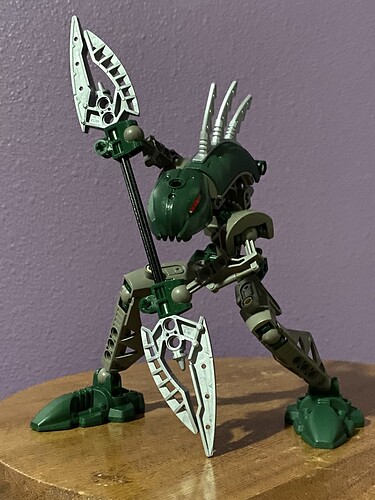 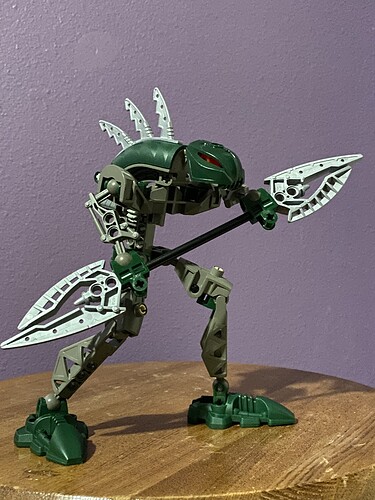 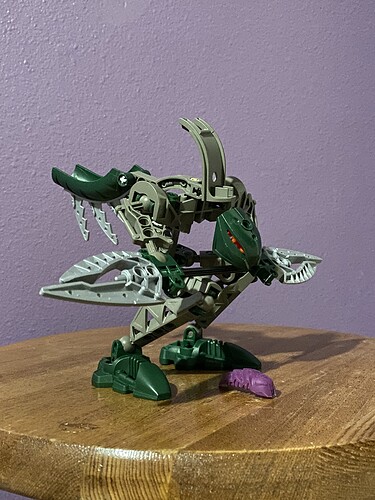 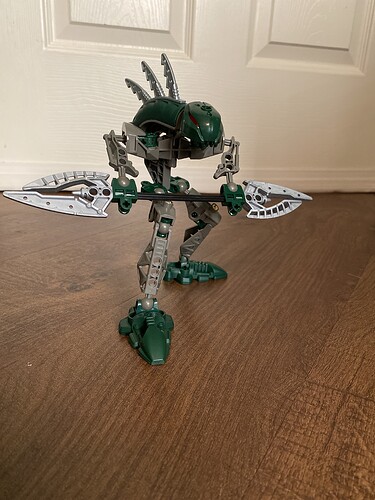 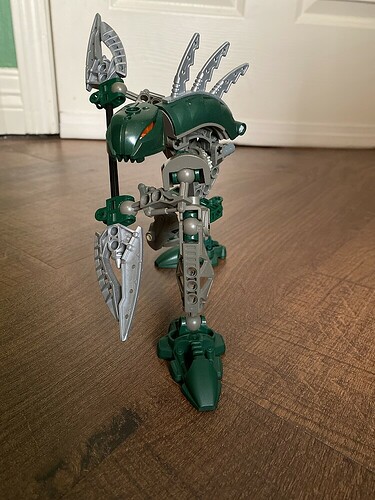 None of these parts are painted! As far as I am aware, this is the only other color scheme of rahkshi that can be created using authentic pieces without painting and altering. Spine and staff can vary, but I thought these worked nicely. Brought to my attention by @Axelford

Now I made some lore for it, but if anyone else has an idea, spit it!

Fan Lore:
Pure Rahkshi. Color: Dark Green. Kraata Color: Purple. (Can be piloted only by Stage 7 Shadow Kraata)
Power: Access to all Kraata Powers of reduced potency as long as the Rahkshi is in the vicinity of its Progenitor Makuta.

Origins: Pure Rahkshi are created by an extremely lengthy process in which two Makuta create Kraata together by merging their antidermis to yield stronger Kraata. The Rahkshi created by these Kraata have increased durability and strength in comparison to regular Rahkshi variants.
In order for the Pure Rahkshi to have access to their powers, they must be in close enough vicinity to both of their Progenitor Makuta. This limits them to rolls of essentially being body guards. Unfortunately only a few ever came into existance. Most Makuta were too prideful to ever engage in the act of creating this type of Rahkshi, seeing it as a sign of weakness and commitment to teamwork with a fellow Makuta.

When in vicinity to only one of their Progenitor Makuta they only have access to the Kraata power of their initial origin.
When seperated from both Makuta they become powerless and become feral, falling onto their destructive natures.

Nice I did not realize that the back came in that color! though that’s an extremely old set so im sure the part is spares and expensive comparatively.

You could also make a sliver rahkshi but would have to use different feet, so suppose that its in your altering category.

You’d think so, but I got mine for ¢0.07, even though its the current most rare color variant of that part on Bricklink, and only came in that one set. I guess the demand was just never there.

Interesting that its not a high yield price. The black Technic Bush 1/2 Smooth only appeared in one set during the Viking run as well and is extremely expensive for the size of the part. I would love 6 of them in black but can never justify the 40+ price tag for them.

That looks awesome I love the meme
Metru green

Huh. I thought the back piece came in Metru blue too. Guess not. It’s cool we can make at least one more Rahkshi without paint.

You could also make a sliver rahkshi but would have to use different feet, so suppose that its in your altering category. 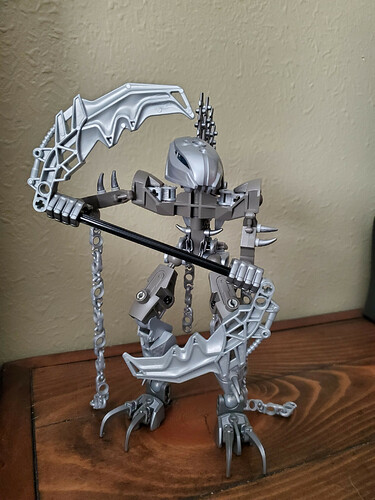 Maybe-ish, but its not part for part, which was my only goal.

Yeah, really felt like those parts pack would’ve have been amazing if they had recolors in them.

Got to admit the colour scheme really threw me off, looks really nice in the dark Metru green though.