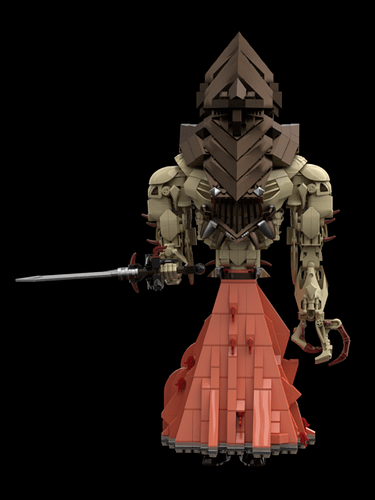 the pyramidhead monster ultrabuild.png2_5480×640 145 KB
articulation at ankles, elbow, 360 degrees at waist, some at wrists, full on fingers on left mutant hand, limited at shoulders, lateral abduction and adduction, shoulders wouldn’t have looked organic enough if they were gappy
I know the great knife is too small, I may eventually remake it larger, it is a custom part from thingverse that I imported to meshmixer and parts designer modified it then imported into stud.io
he has trans red bricks under the pyramidal helmet, I wanted to give him a mutant look with the red spikes, while retaining a male pale human with a muscular physique, whats under the helmet? who knows, notice the seams of his apron or whatever and the wavy fabric effect generated by the slope variations
part count: 1379 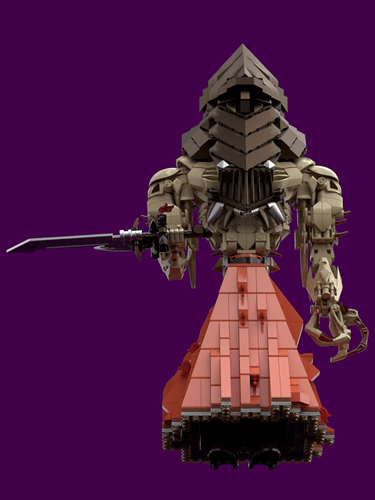 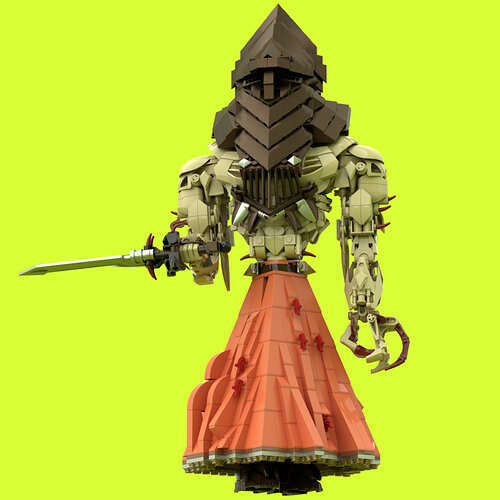 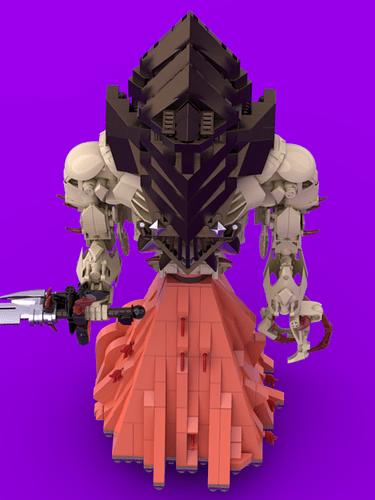 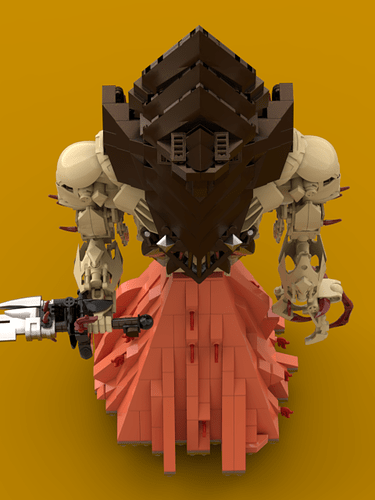 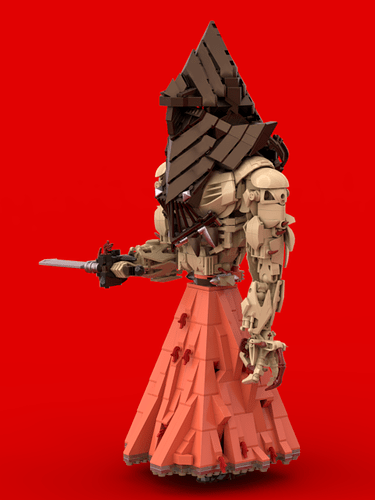 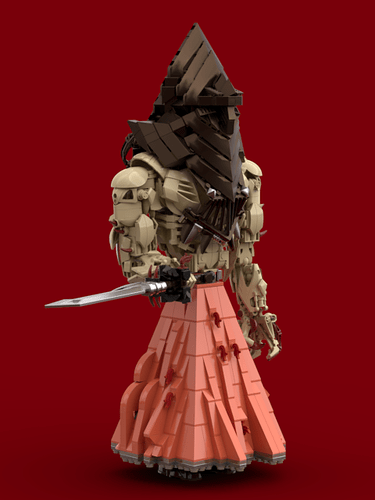 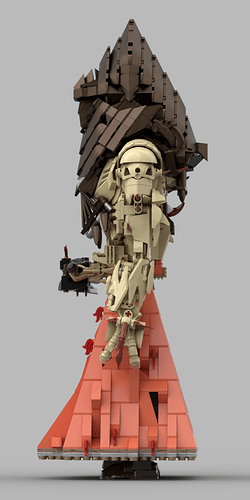 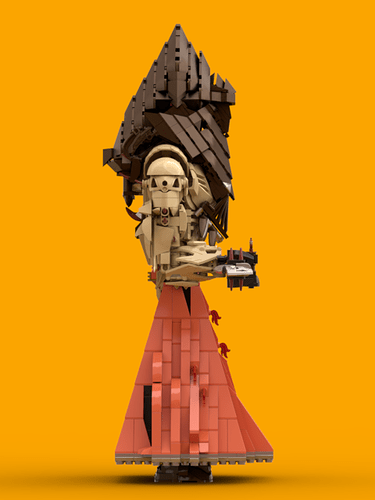 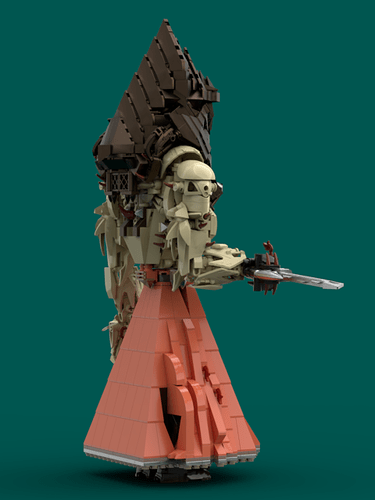 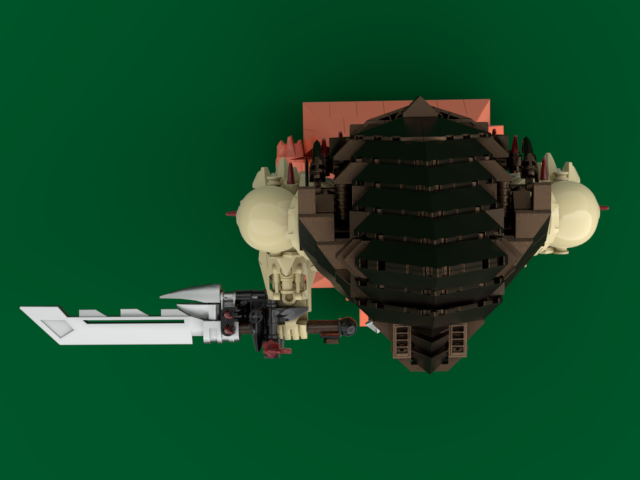 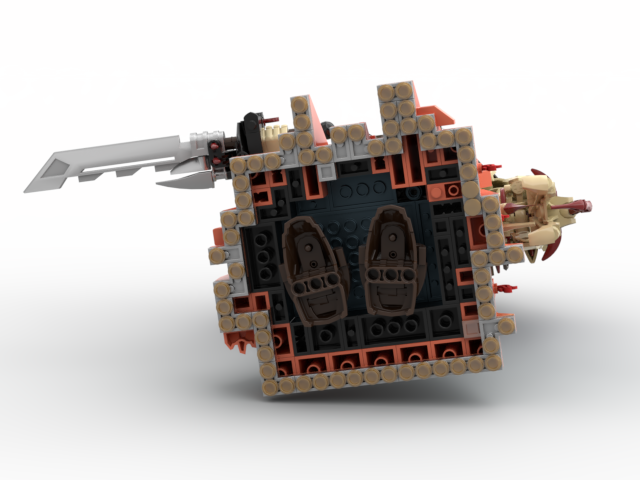 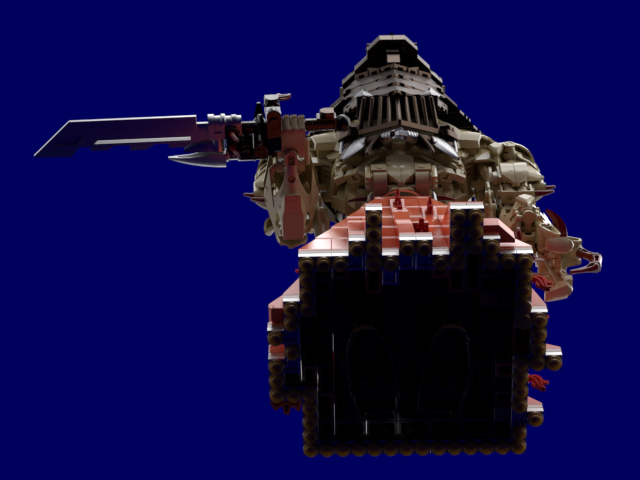 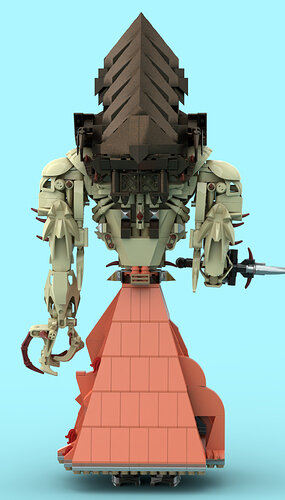 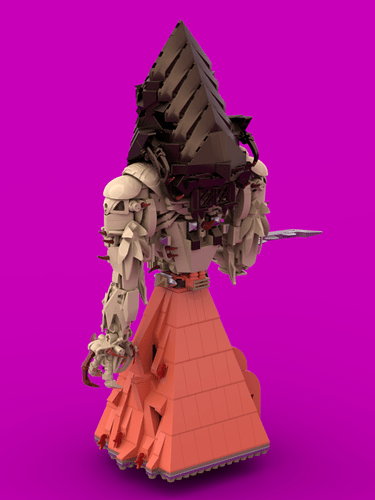 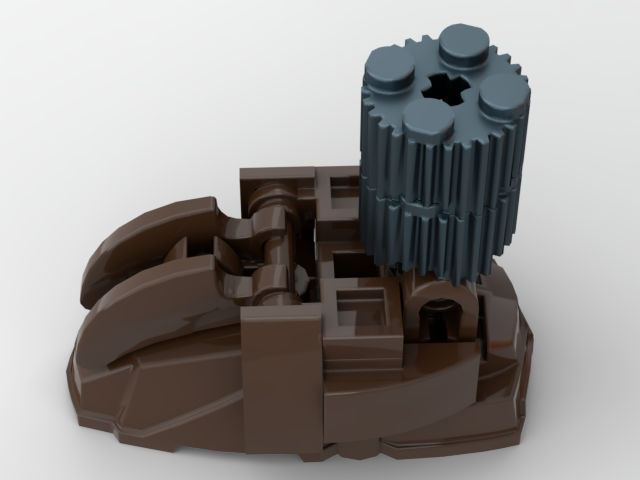