Ra, God of the Sun 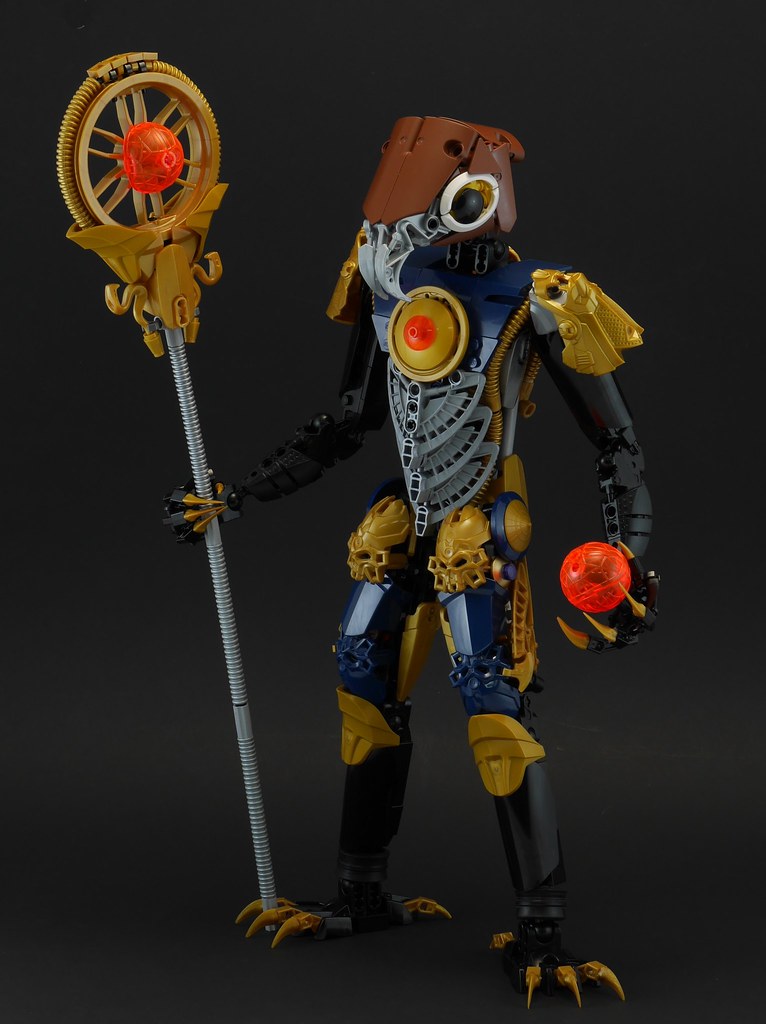 Kneel heathens, for your god is the sun.

For the second round of Biocup I was up against Loysnuva: www.flickr.com/photos/131589536@N05/ where we were tasked with making something from B.C.E civilizations (so stuff like Babylon, Egypt, Persian Empire, etc) and I decided on making Ra, the Egyptian god of the sun. Ra is often depicted as having a hawks head with a snake encompassing a disk on top of his head. I thought that looked a bit place so that aspect of his made it’s way into his staff which is disk shaped with two gold snake embellishments.

This MOC was kind of a risk for me given that I’ve never made a a humanoid figure on this sort of scale before, and it shows a bit. Given more time I probably would have shelved it for a couple of weeks and come back to it with a clearer head. 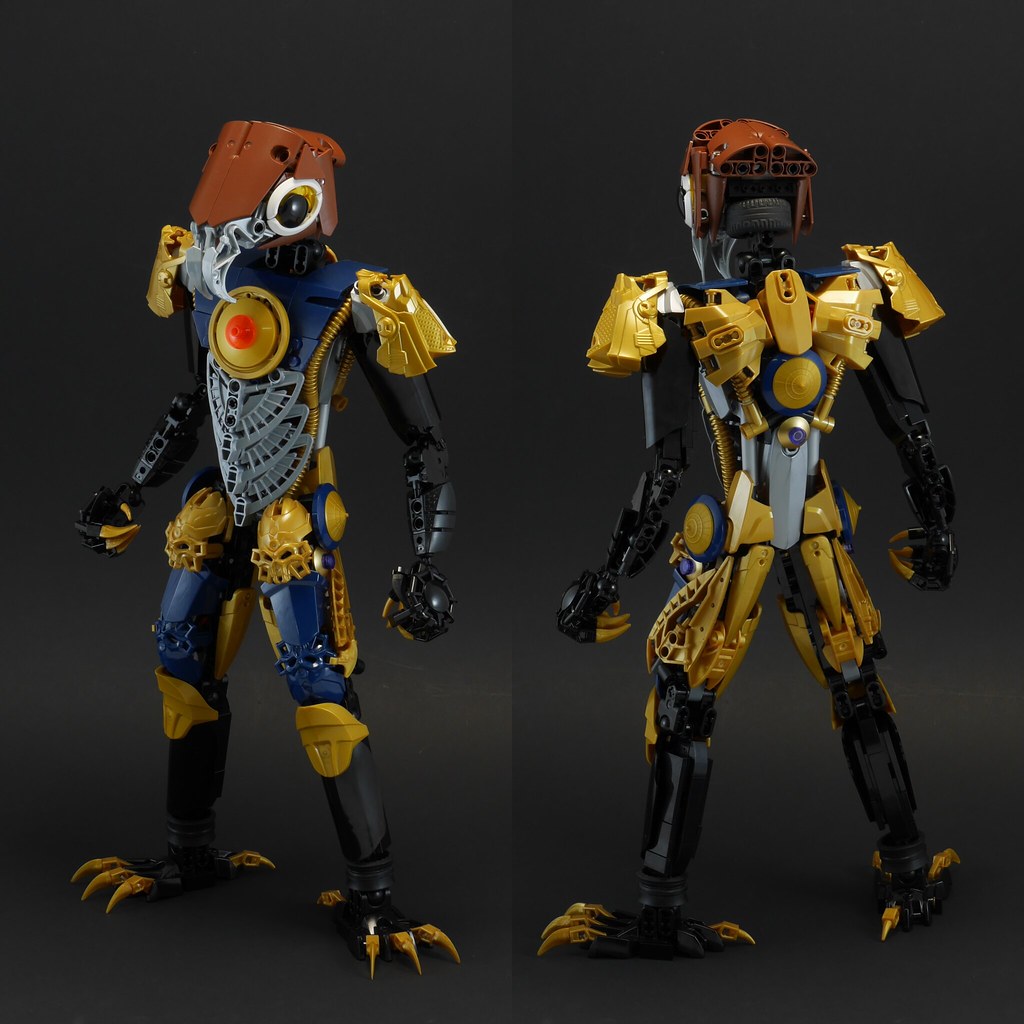 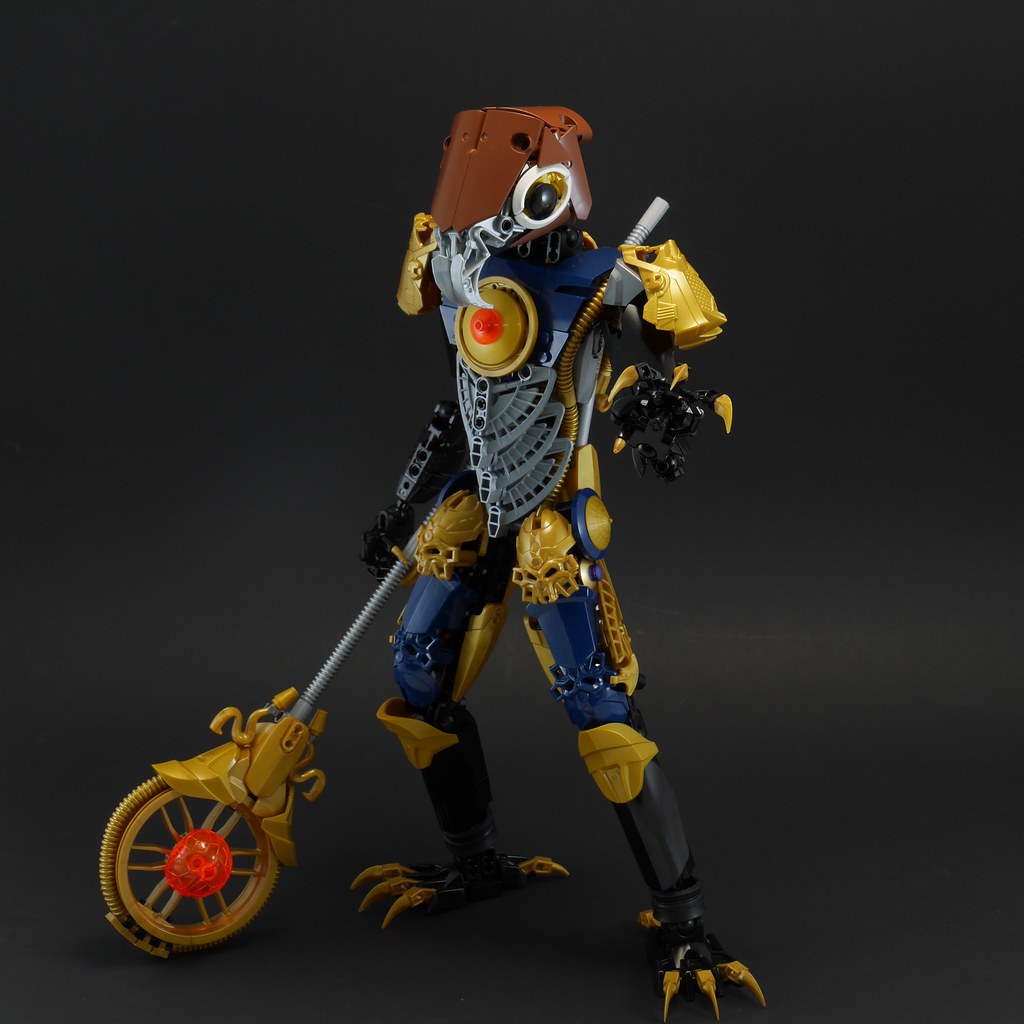 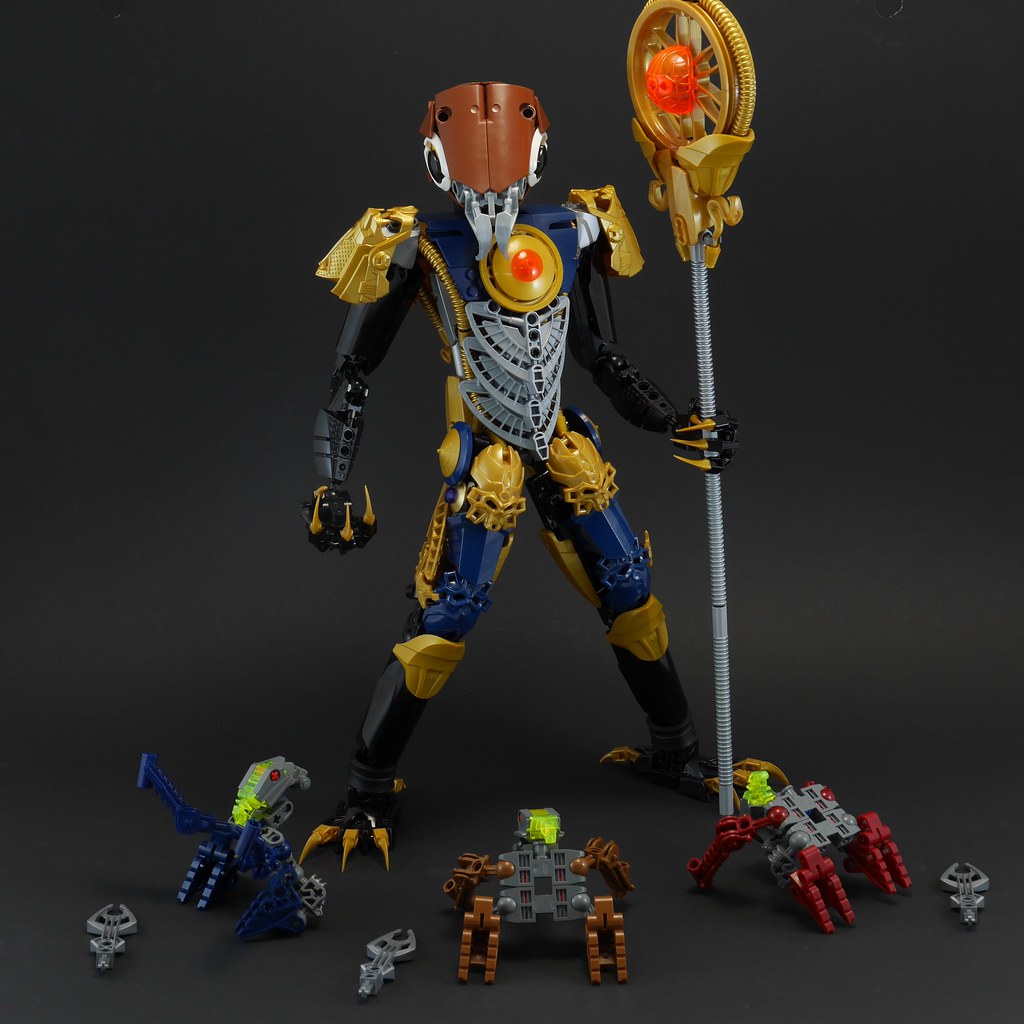 it shows a bit.

it definetly shows, it shows how amazing you are

I have but one complain, how empty the back of the head is

Make sure you’re dabbin’ on them heathens

Considering this is your first big humanoid it’s awesome.

This is really great! I really love that staff. The dk. blue accents are also really nice.

Wait, I didn’t know there was a blue and brown good guy too, is that actually a thing?

words can’t describe how cool this is

I will not bow to Ra, for Aten is king!

Aten is a false prophet! All glory to Ra, lord of the sun!

Shouldn’t Ra be the one bowing down to the Good Guys? /s
Anyways, this looks awesome and the shaping is really nice

Man. When was Ra related to Denmark?

Great moc. Something about it feels off though

Great moc. Something about it feels off though

I can’t place my finger on it… Maybe the lower arms. I can’t really tell right now but it just… does.

It may be the posing. The first picture, the feet are at a 90 degree angle, which is kinda weird, but I really don’t see anything wrong with the proportions.

I think the head is too big, and the fact that it is brown reminds me of Horus.

Kneel heathens, for your god is the sun

THOR IS MY GOD

All jokes aside, looks amazing d00d

Wait, I didn’t know there was a blue and brown good guy too, is that actually a thing?

All the Good Guy race bows before Ra.