Hello TTV fans!
I'm posting some of my very first MOCs in CCBS! These are "artist's renditions" of the 2001 Rahi, so they do not look very similar to the Rahi. They are loose interpretations, but I hope they are still recognizable. The concept behind this was to revamp all the 2001 Rahi in CCBS as a "series."

First up is the Shallows Muaka-Ra (Gen2 Calamitous Cat)! The name was formulated because it has the color scheme of a Shallows Cat and a Kane-Ra, but was intended to look like a Muaka when I first started building (Hence the tiny little cat ears). It's the only MOC that isn't based off of a single original Rahi. There is a backstory, though...

In the time before time, Makuta Chirox was frustrated that all of his creations turned out vicious and vile. At the teasing of his fellow Makuta and scorn and anger of the Matoran who were supposed to fear and respect him, he reacted in anger, throwing a vat of antidermis (in which a Muaka was forming) onto the floor. The substance reacted with other chemicals he had strewn on the floor, and these chemicals dyed the fur of the Muaka red and black. When the beast emerged from the pool, it brushed past a startled Chirox and set out to destroy everything in its path. 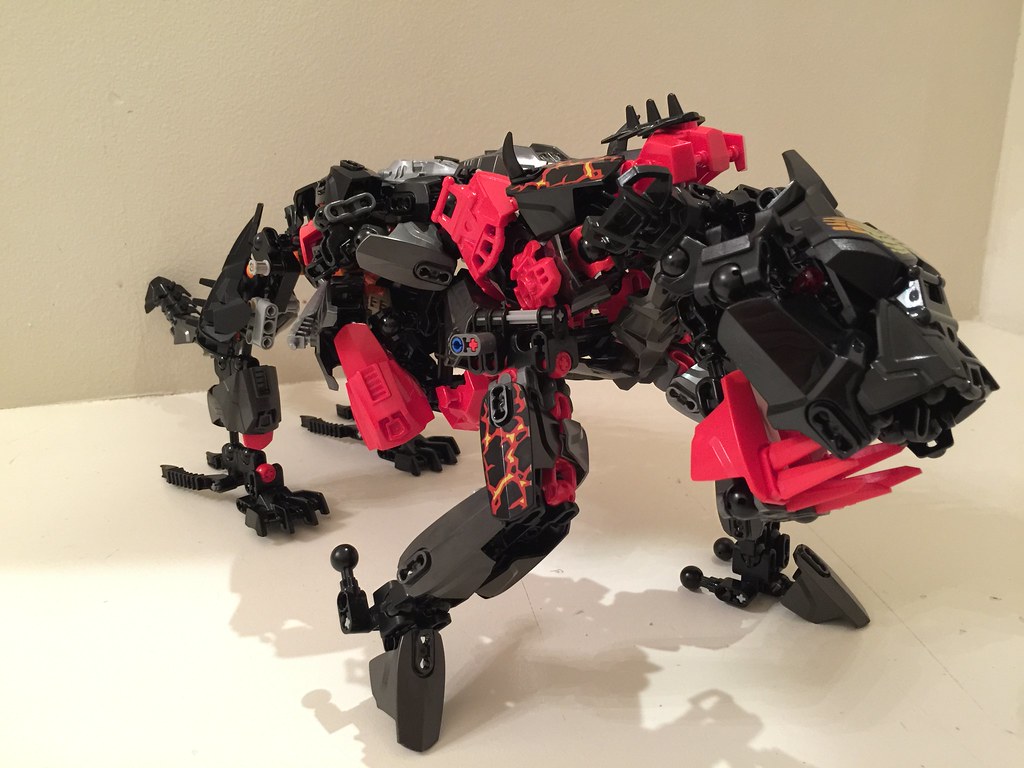 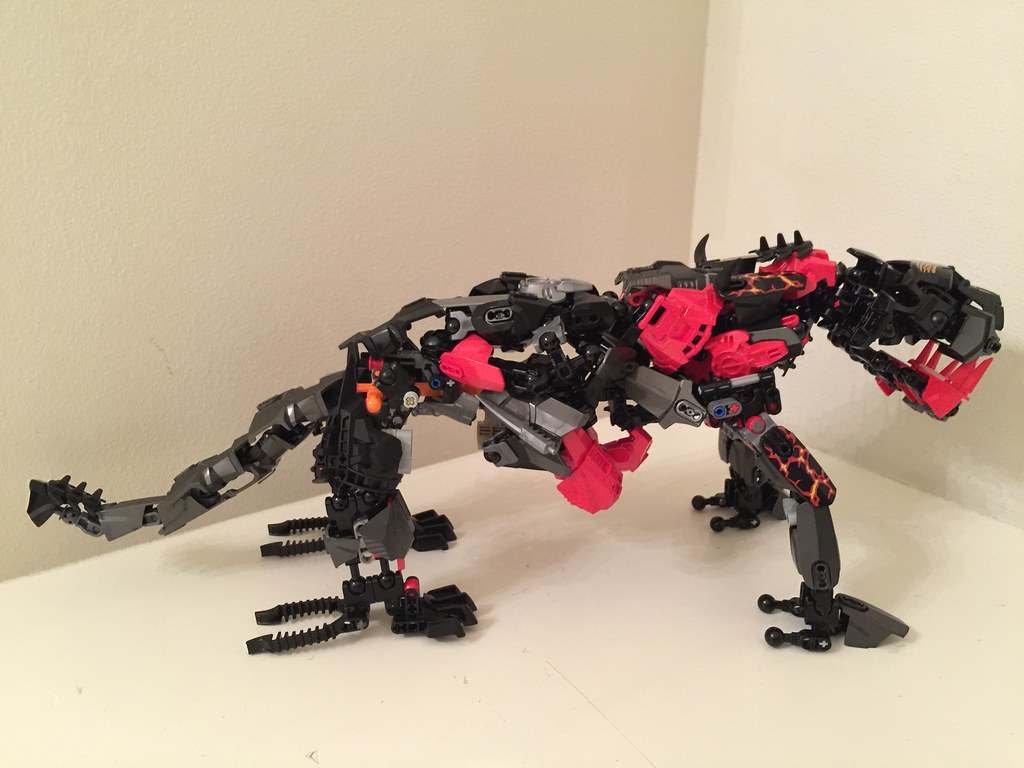 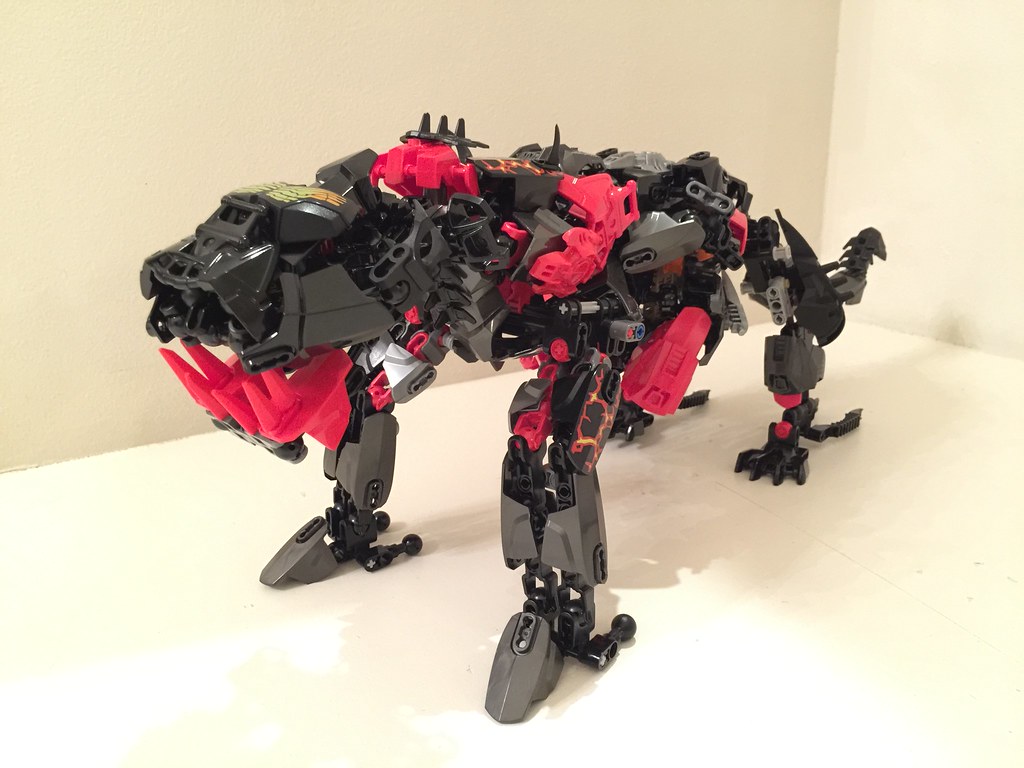 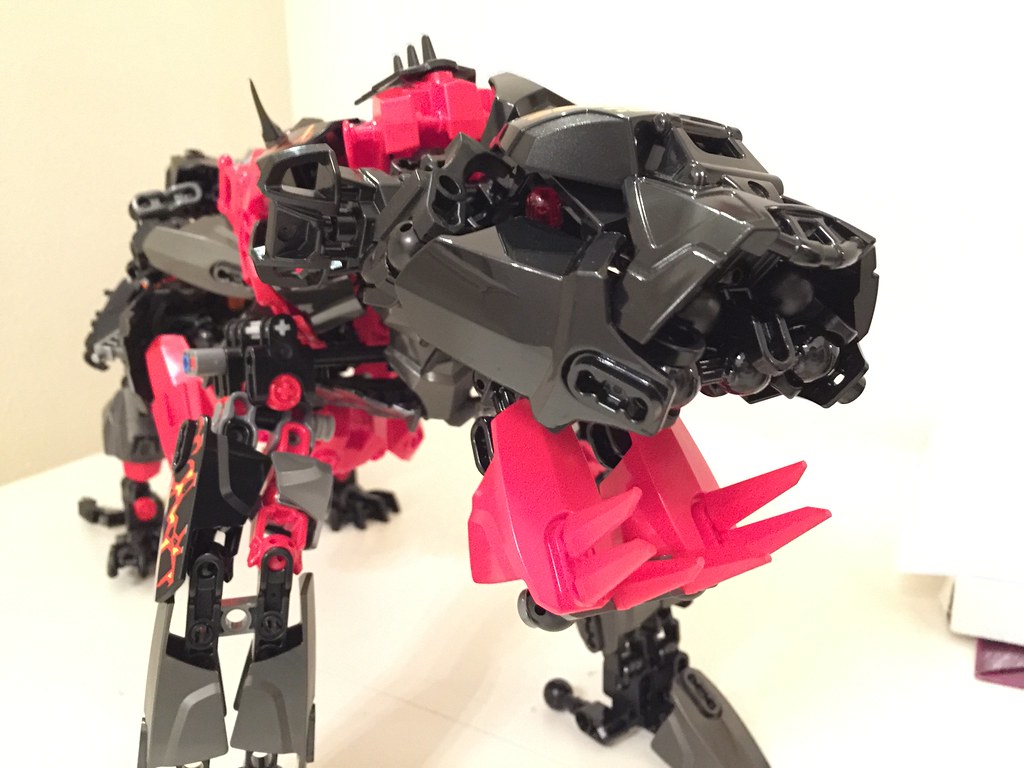 Next up is the Nui-Jaga (Gen2 Scorpion Striker). SInce there aren't any Medium Blue CCBS parts, I made this one in plain blue. Credits to a user on BZP for the eye design (Two 2011 HF heads with Barraki eyes), but the rest is original. 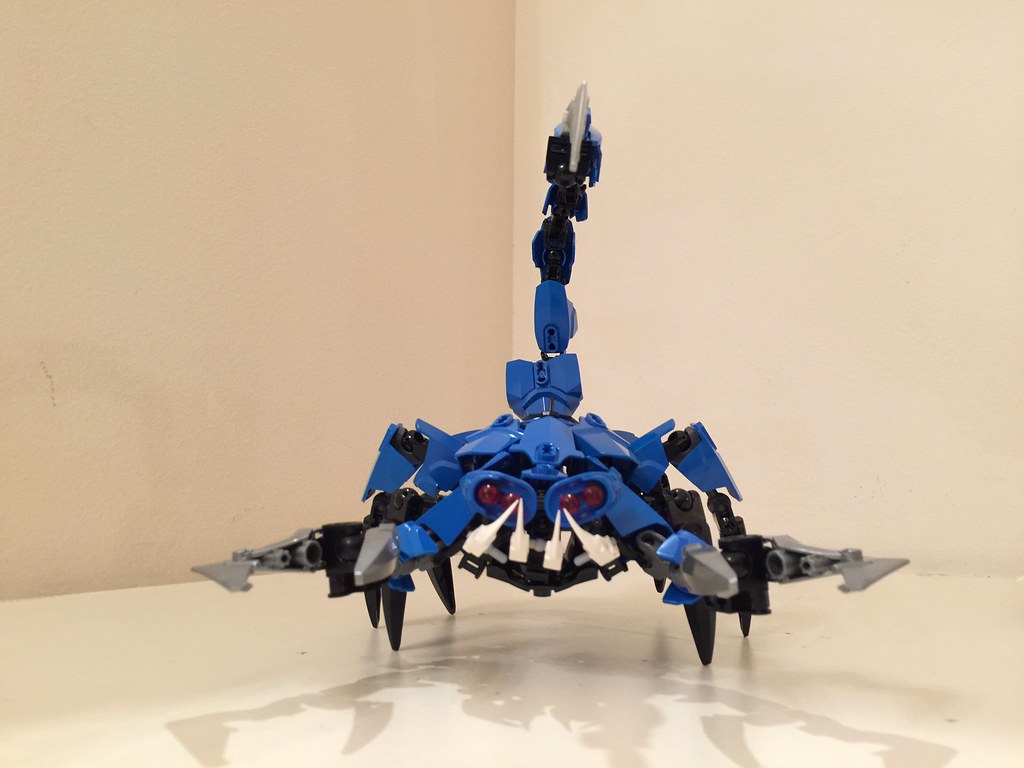 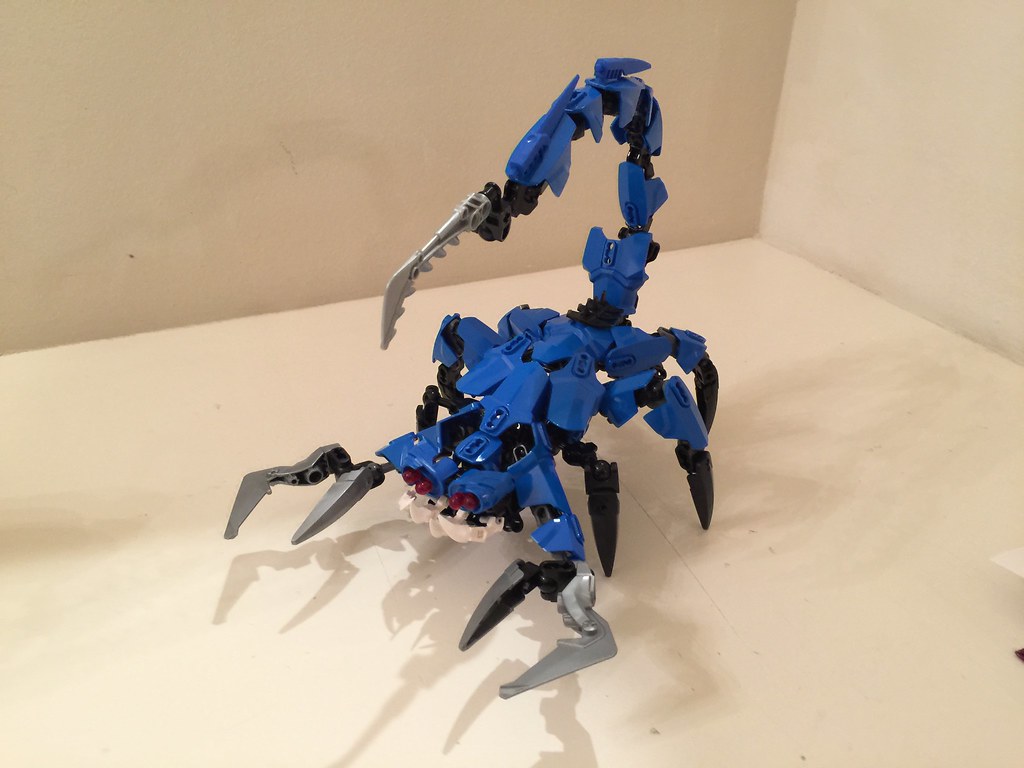 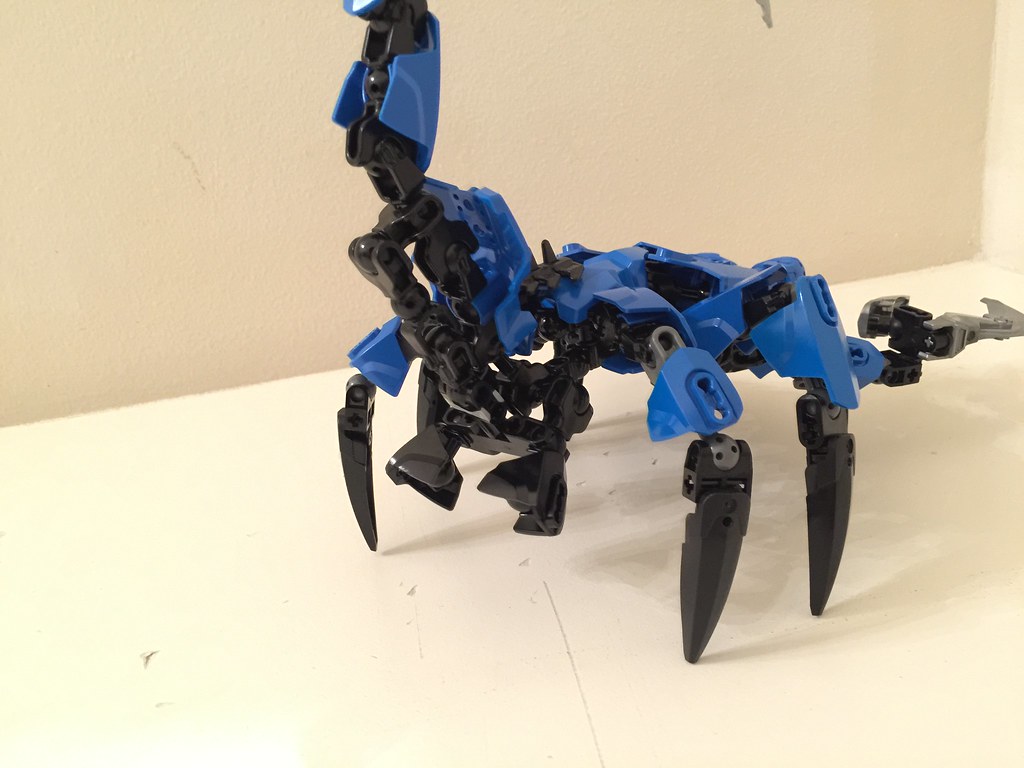 Next up is the Tarakava (Gen2 DeepSea Destroyer), the one that is most true to the original. (Eh, it's really more like the only one with treads, which makes it closer to the originals than any of them...) 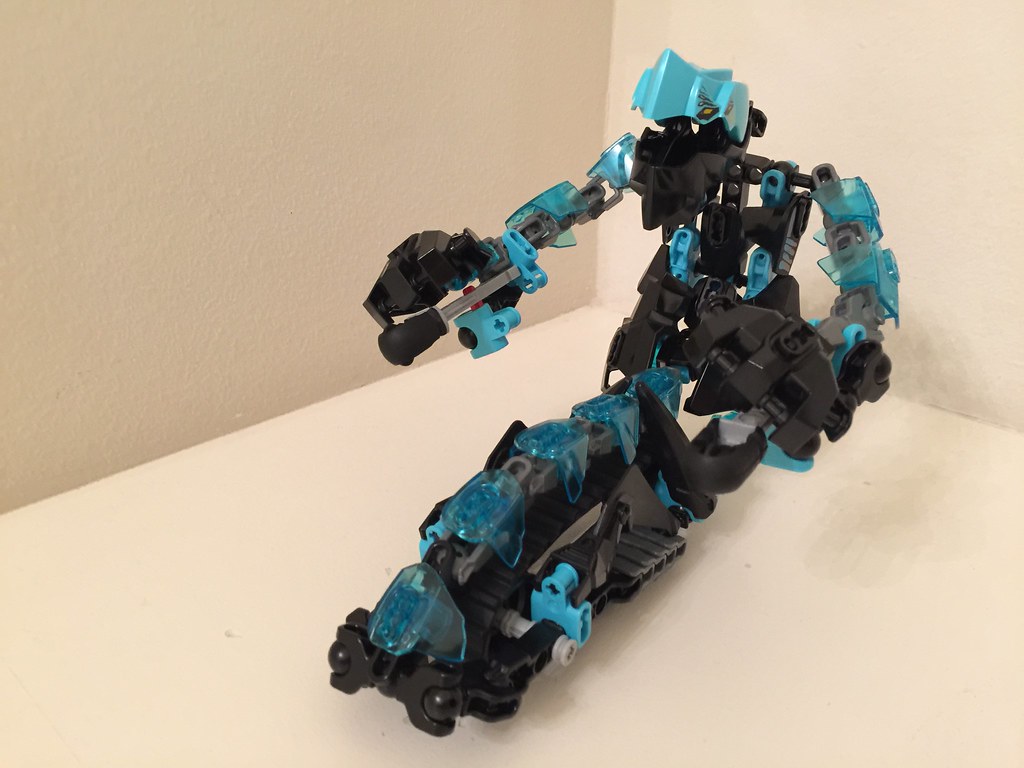 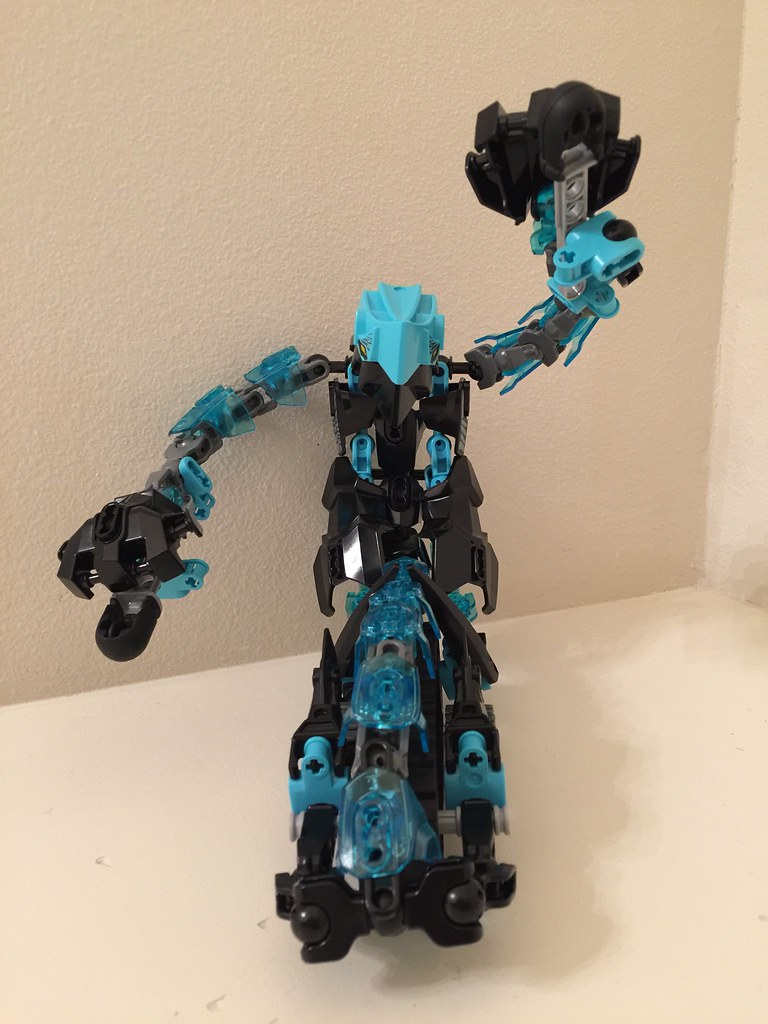 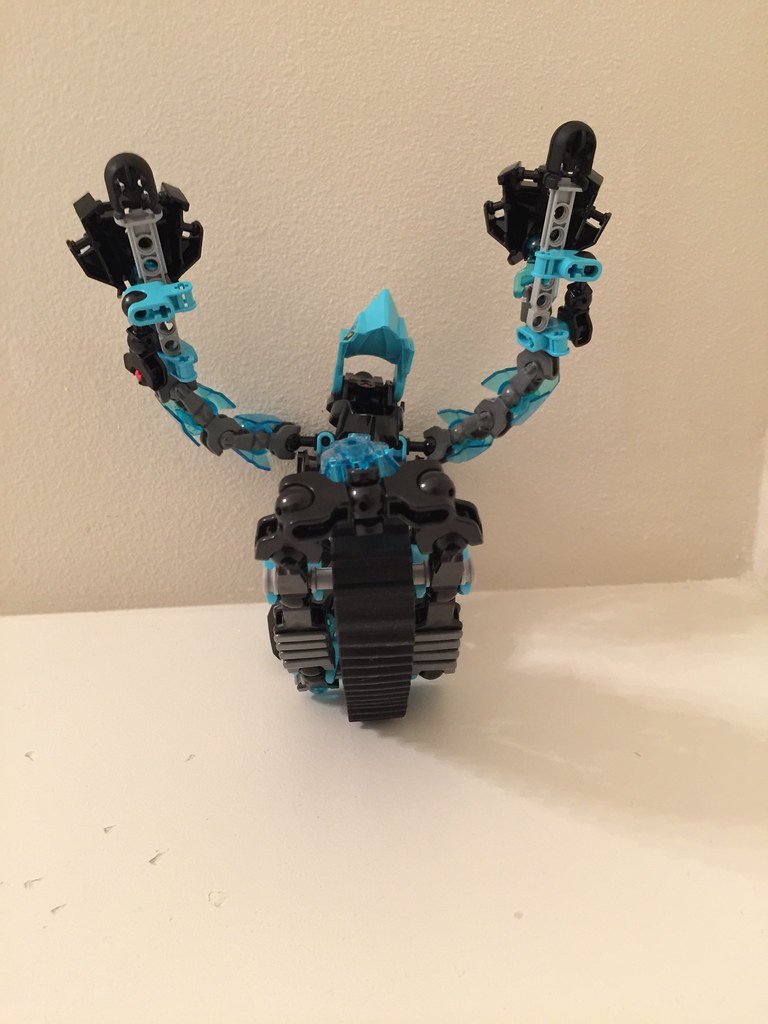 Next is the Nui-Rama (Gen2 Un-Fortuitous Fly). This is a green variant of the Nui-Rama, but with a stinger at the end of the mouth instead of the teeth of the original. 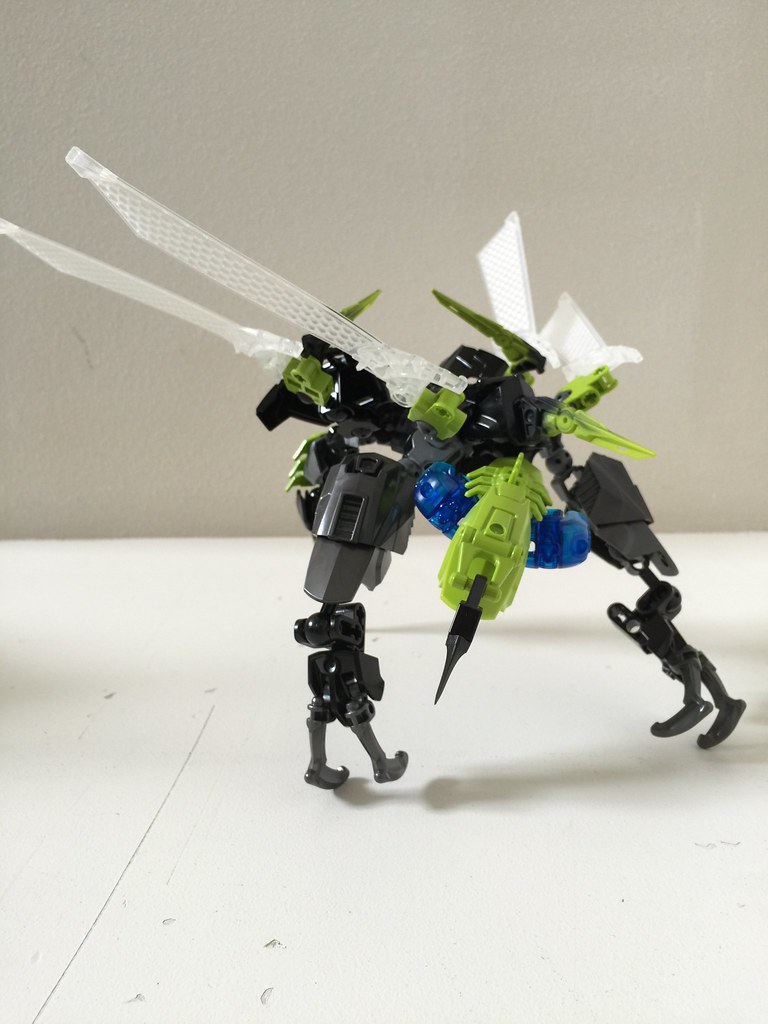 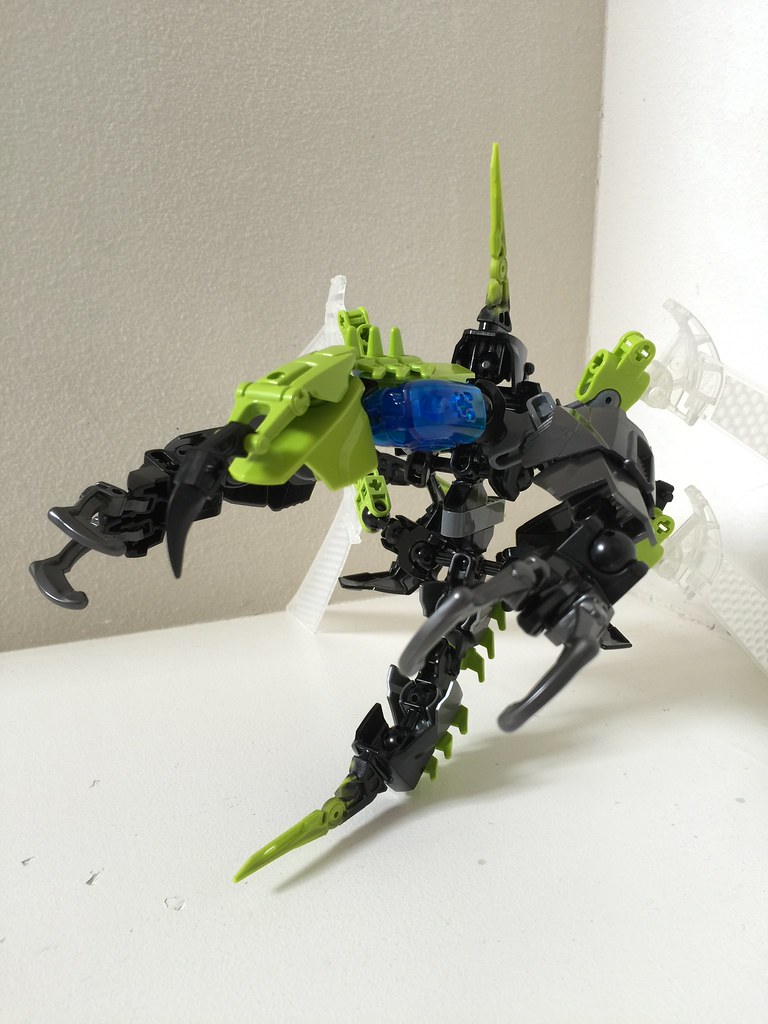 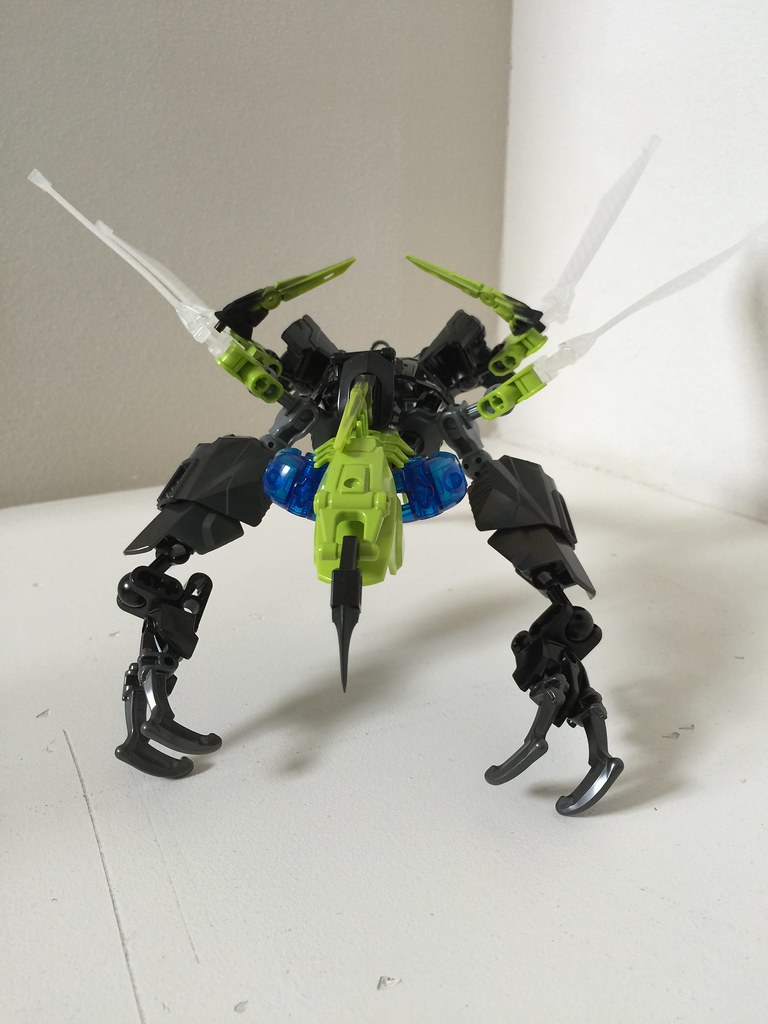 Finally, we have the Manas (Gen2 Killer Krab) 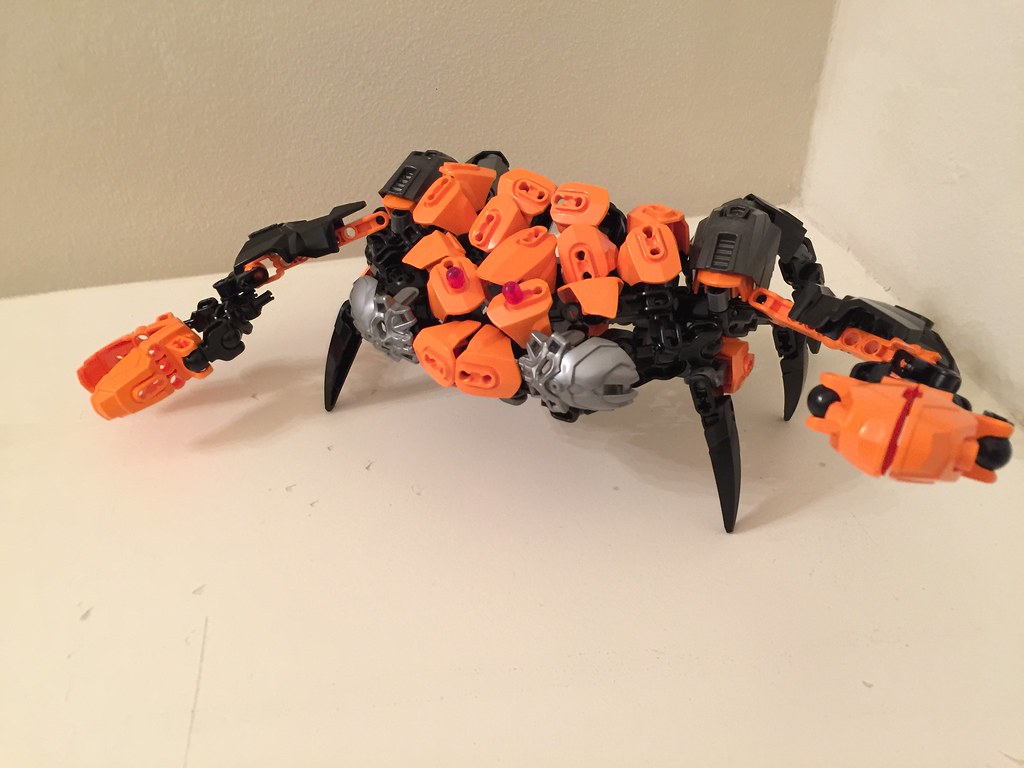 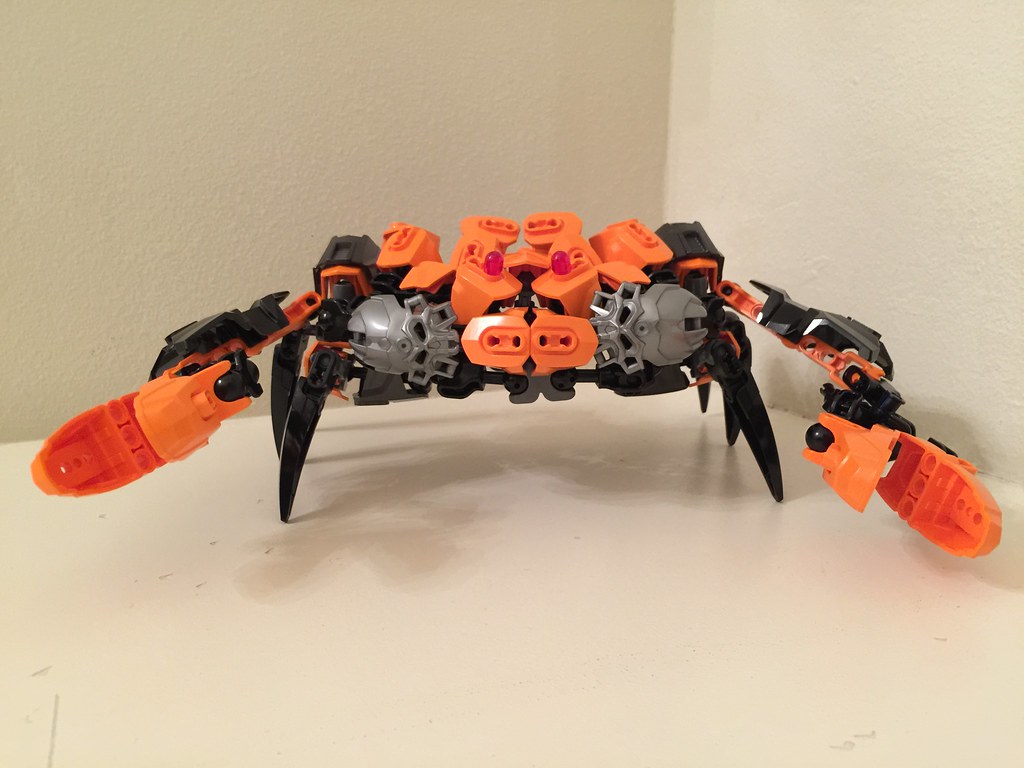 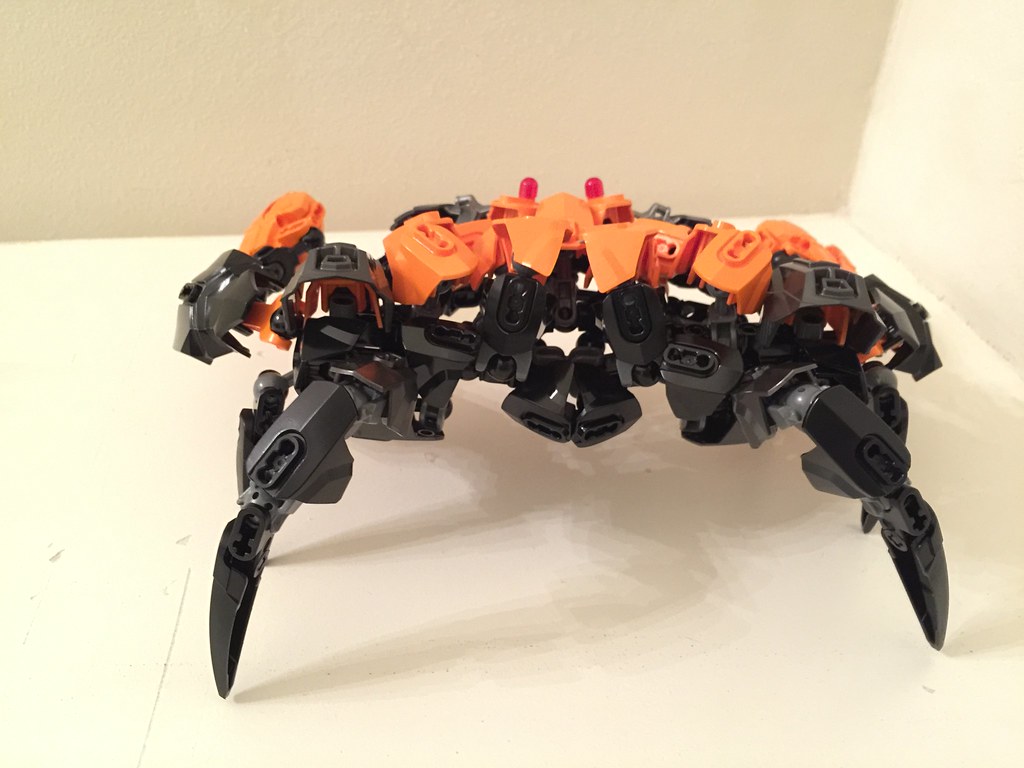 Here's a bonus revamp of LOSS. The gripping function remains, but he also has a six stud shooter in his mouth to shoot webs... 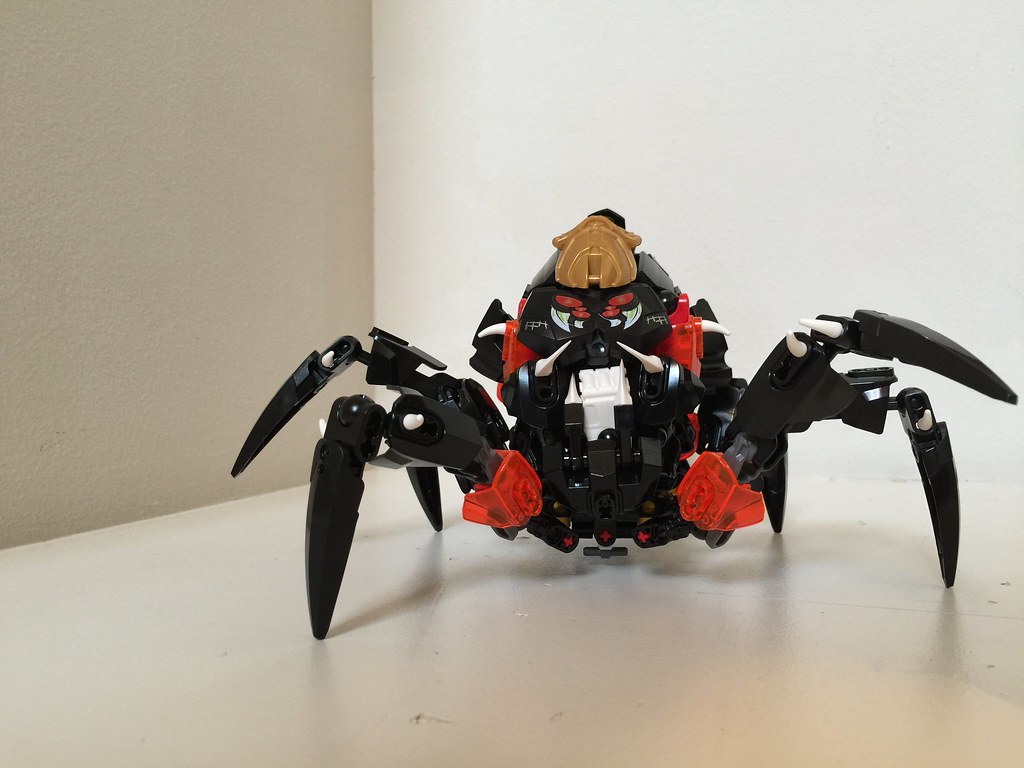 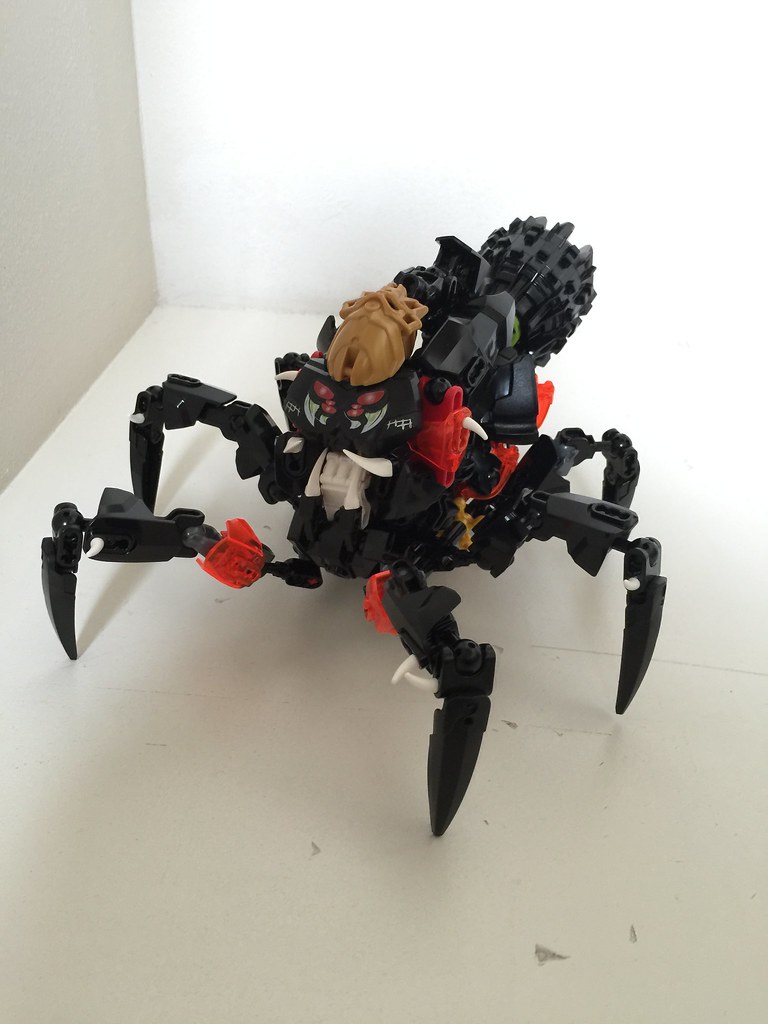 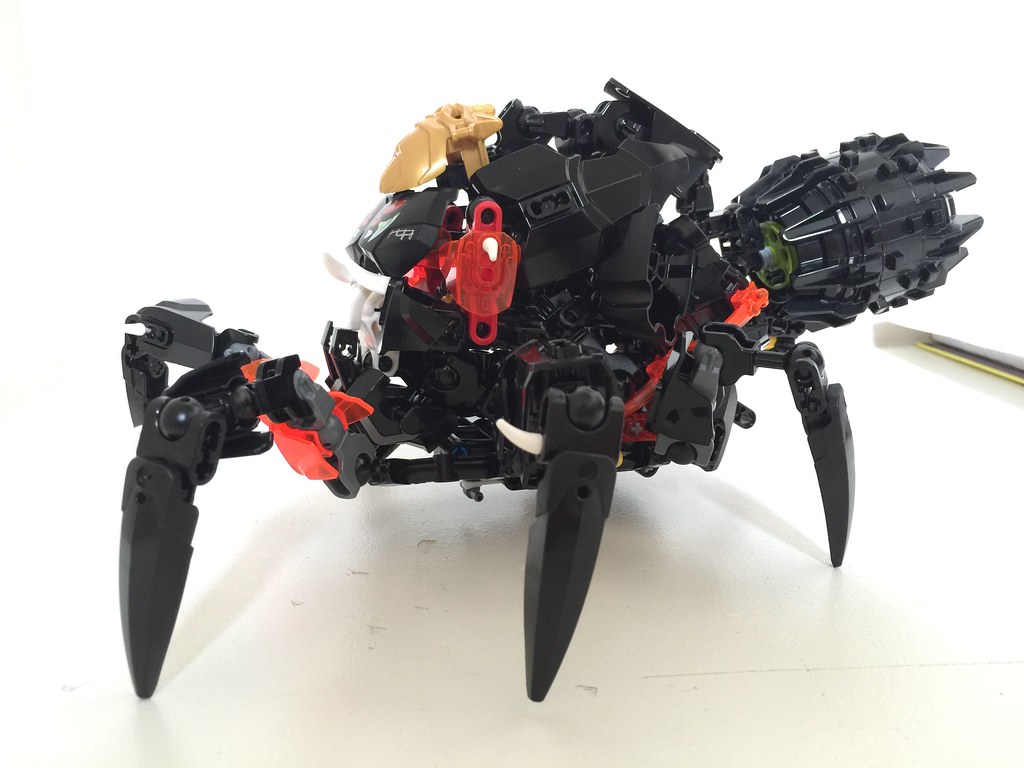 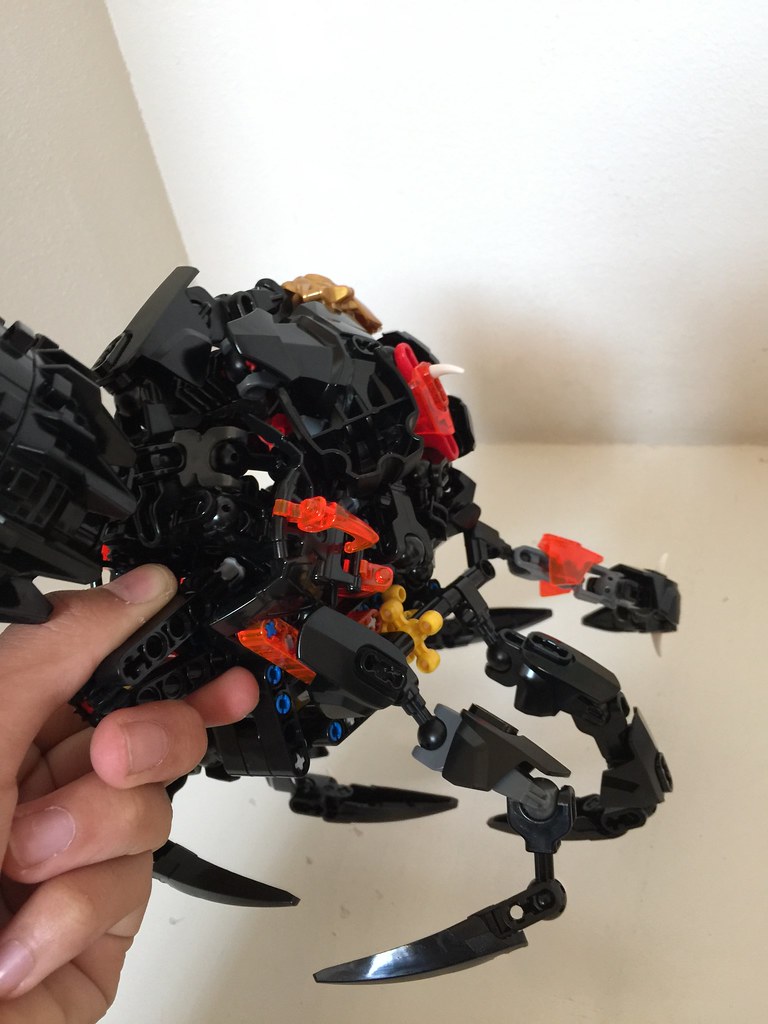 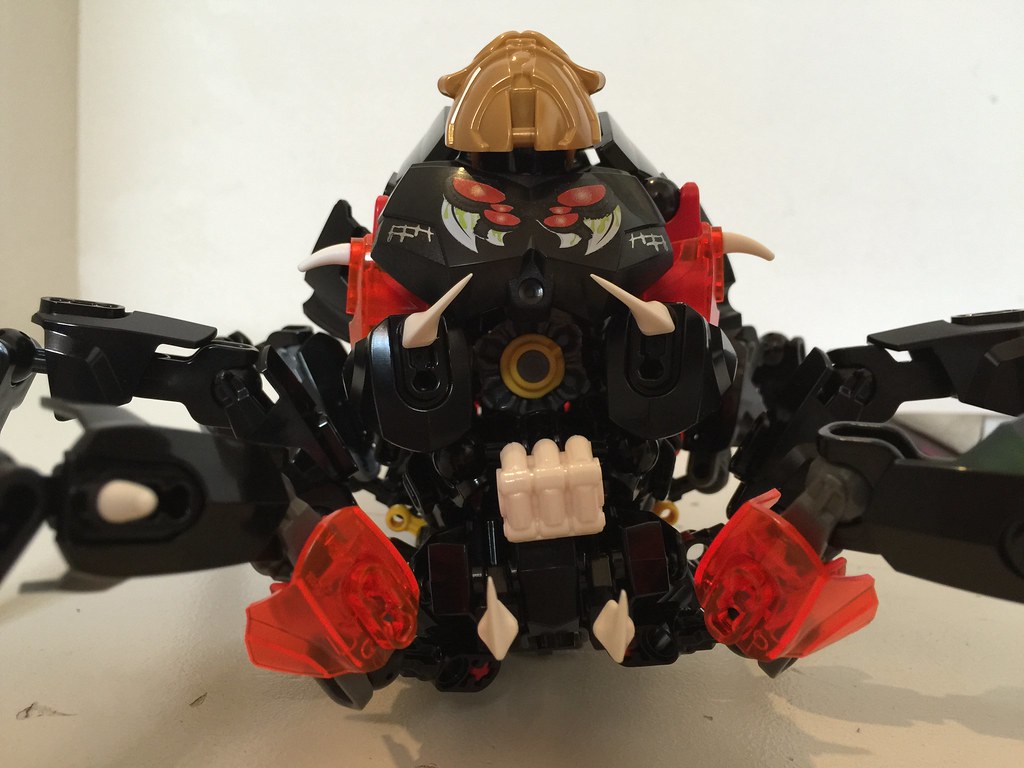 Hope you enjoy the MOCs! Comments and criticism are helpful!

Really hoping that Ven will make a MOC spotlight video of these! I'd love to see what he thinks of them. That would be awesome!

I really like the eyes on the Nui Jaga!

god these look gorgeous. Nice try with the tarakava, dunno about the red muaka, but these look beautiful

These are really good!

These are far better than any attempt I have made to create CCBS Rahi. Great job!

Very nice job on all of these.

Keep up the great work!

What you did with the Nui Jaga's eyes is amazing.

I would recommend putting more into the Tarakava's torso; they're taller than they are long.

@StudentScissorsLeaker Thanks much! As stated above, the eye design is credit to BZP, but thanks anyway!

@Garnira Good idea with the Tarakava. I'll go do that...

@ToaVuhii Thanks! The eye design is from BZP, not me, but thanks anyway!

I love them, they're amazing

Ok, I think I've got the hang of this multiple post quoting thing...

I'm used to Eurobricks, where it does the merging for me

@Leoxandar Thanks! I tried to keep a balance between too much greebles and too little. I am most proud of my Nui-Jaga because of that, as I think it has a good balance... the Kane-Ra Muaka hybrid? Not so much...

@FordianL Thanks. It's not too hard if you have a large CCBS collection (I got every single Hero Factory set since 2011 and some doubles for the parts alone). My parts are also sorted by type, so when I want to start building, I just dig in. Using technic beams to connect torsos and whatnot is extremely useful for well-proportioned Rahi.

@JMP Thanks! I wasn't too sure about the color scheme for that one, and thus it is a bit of a mess IMO...

@TheCharyasProtest Thank you very much!