So I’ve noticed that while we have often made references to the Rahkshi and their lives pre mutation, we don’t really have art of what they might look like when they were Matoran. So I took upon myself to draw some very rough concepts working backwards from @Oomatu’s G3 Rahkshi concepts, as well as drawing elements from the Toa Hagah sets for Norik and Iruini. 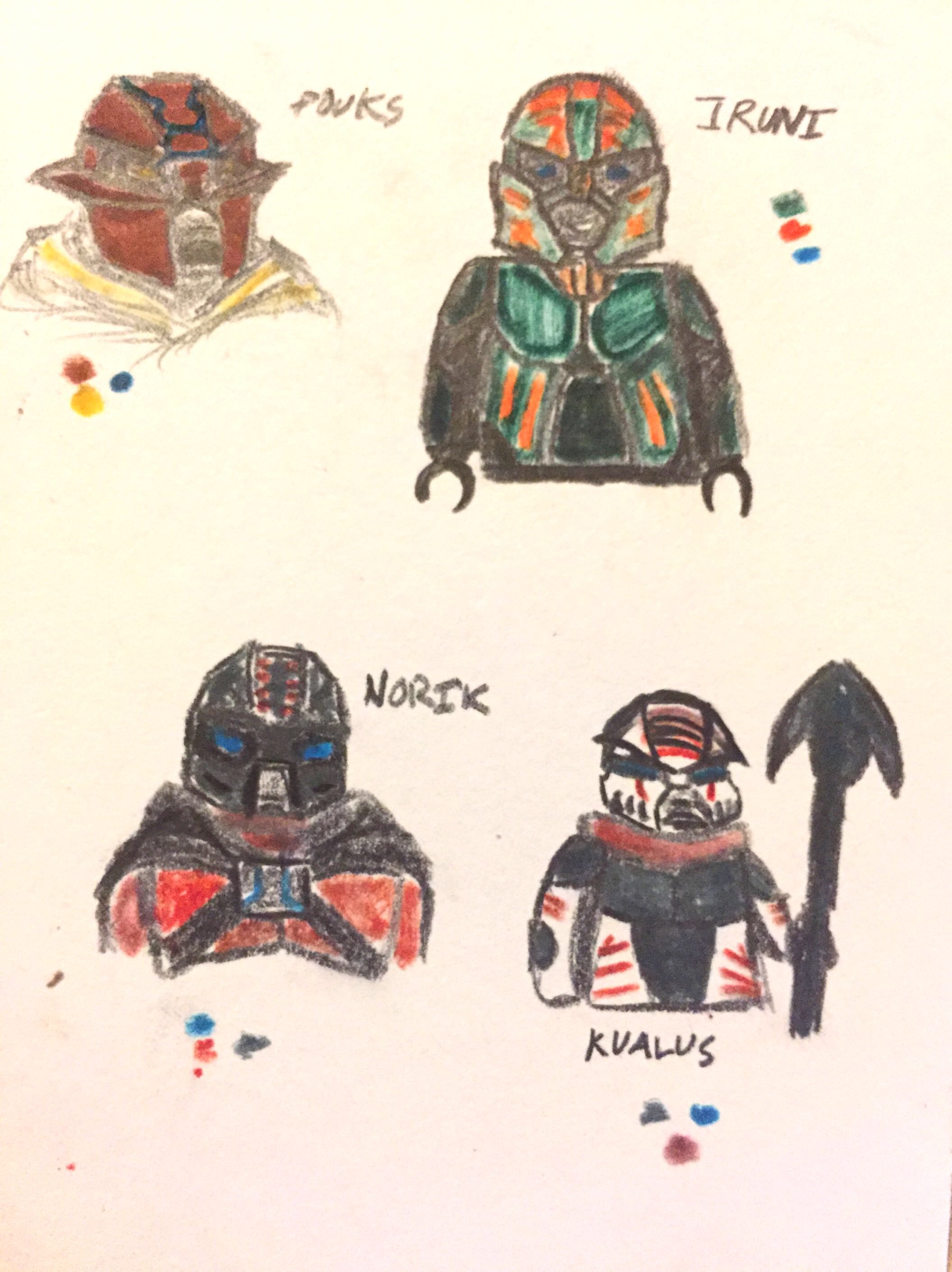 I like the idea of giving their masks these distinct markings mirroring those on Oomatu’s concept art. Pouks was inspired by his concepts for a Motaran Nomadic tribe, which @ToaNoah_Wafflemeister has also used as his basis for the character as a proposed set.

Kualus was based largely on his Rahkshi form, but draws elements of fan interpretations of his Mask of Rahi Control from G1, simplifying the basic shape. though I am probably the least satisfied with the look of this one.

Norik was heavily based on Brotherhood of Makuta concept art, again drawn by Oomatu

Gaaki and Bomonga I don’t have a good idea of what to make them look like yet.

An initial concept of Iruni 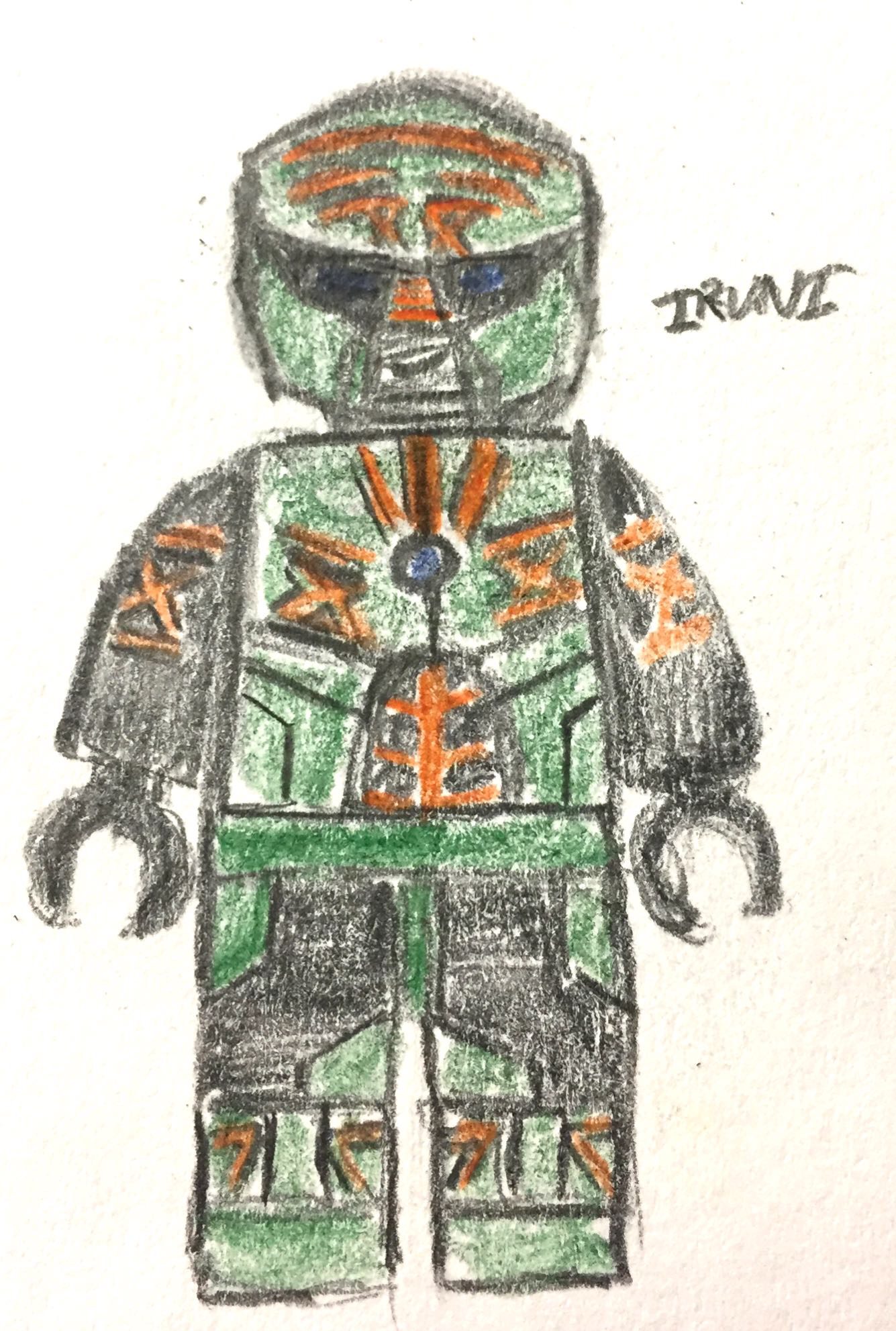 Looks pretty cool! While I like the orange on Iruini, I feel it would be cooler as a highlight rather than a secondary color, but that’s just my opinion. Nice work!

Pretty cool. I didn’t even realize that there isn’t really a whole lot of concept art regarding these guys pre-mutation. Overall they look pretty good. I like the color choices a lot

Some more concept art of Iruni, who so far is probably my favorite one of these guys to draw! I wanted to give him a weapon that imitated the cyclone spearhead, but it felt a little too big to be something a thief would carry around, so I came up with the idea that his spear head would instead be a pair of asymmetrical daggers he stole off some trader visiting Kanae.

The Scar details are also a reference to @DarkMaestro’s Dichotomy

Iruni here is described as having a crack over the right eyehole of his mask, and I liked the idea of him having some kind of scar over his eye that changes the color to that of his Rahkshi form. The idea I want to go for is that there are certain design elements to foreshadow their eventual transformations 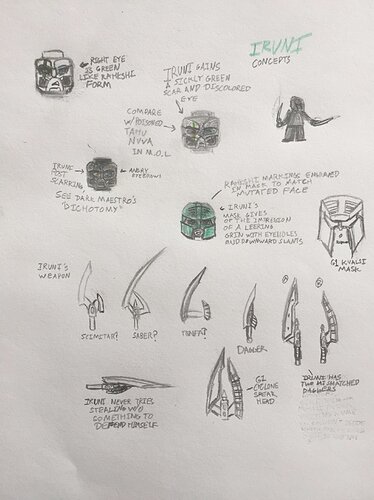 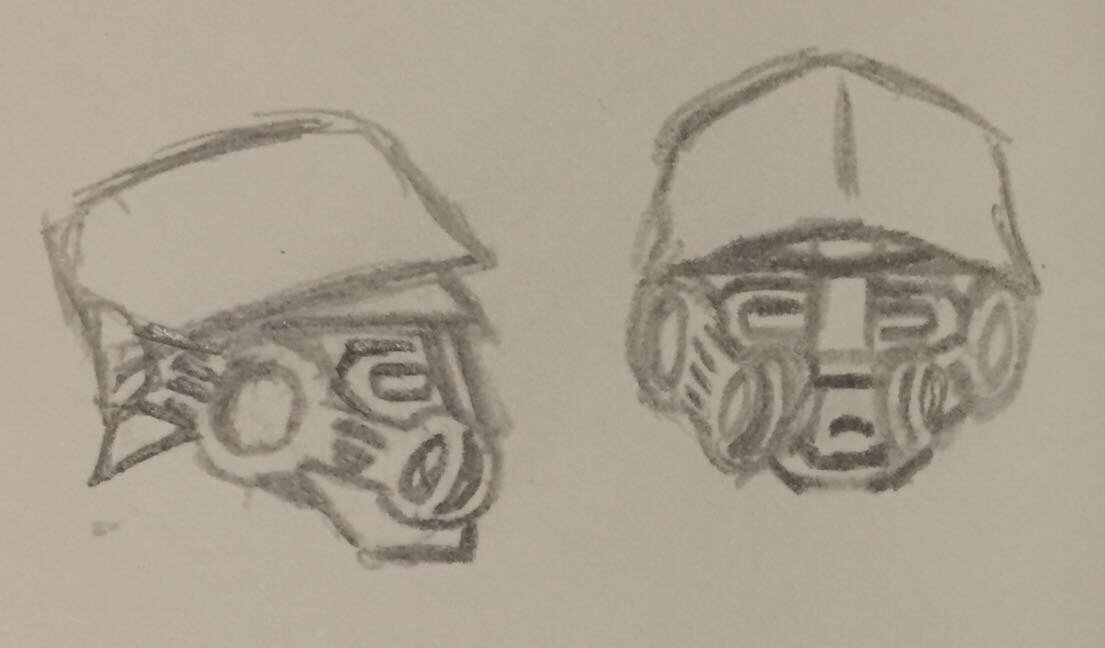 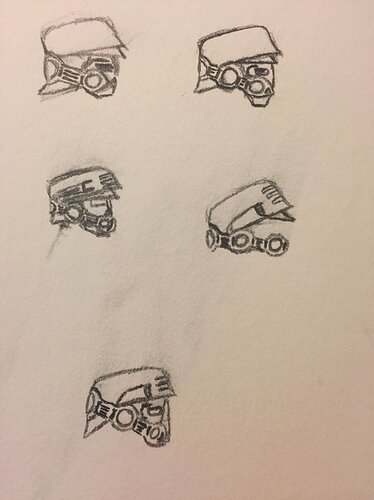 Rough Concepts of Norik’s mask…second attempt below I’m pretty happy with, but I think it resembles Vakama more than Norik, TBH 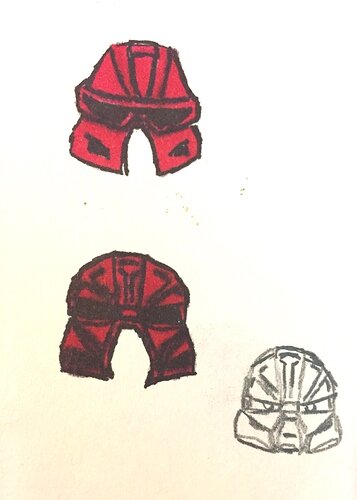 Some concepts of Iruni’s mask 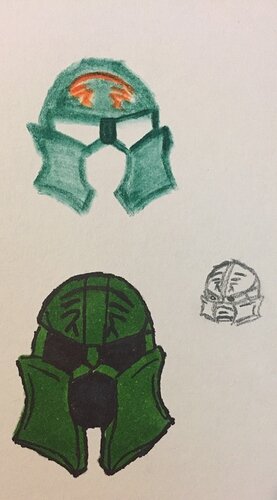 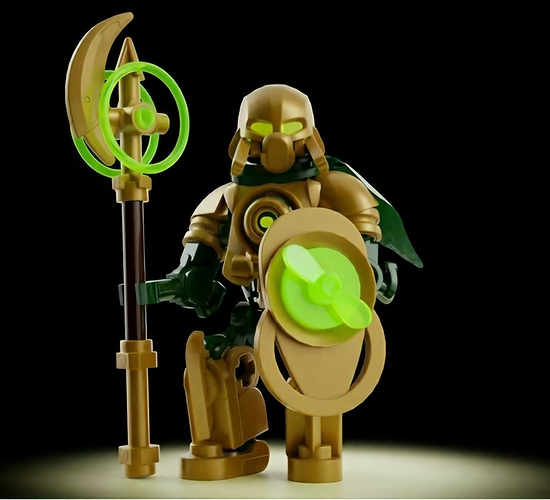 @Surel-nuva Brickonicle has a very different canon from the original