So this is a self MOC and my second biggest MOC I have built. I’m not super familiar with the BioniclenG1 story but he’s a bounty Hunter employed by Makuta to hunt Pohatu and Razor so he had to be built to be fast. 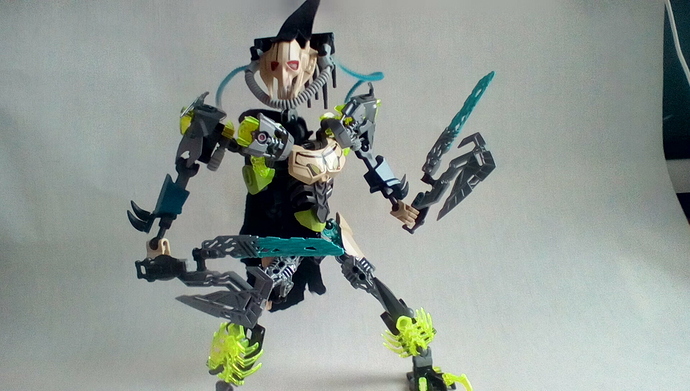 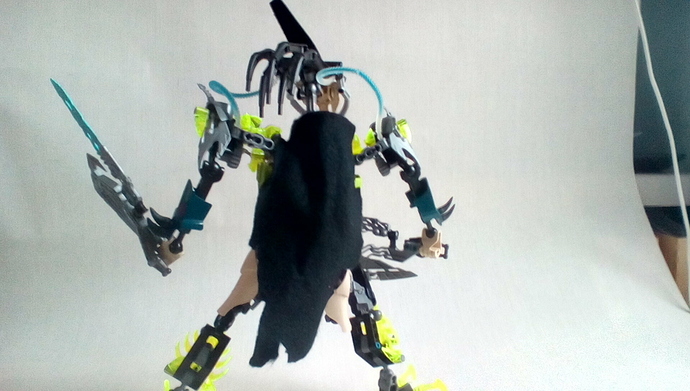 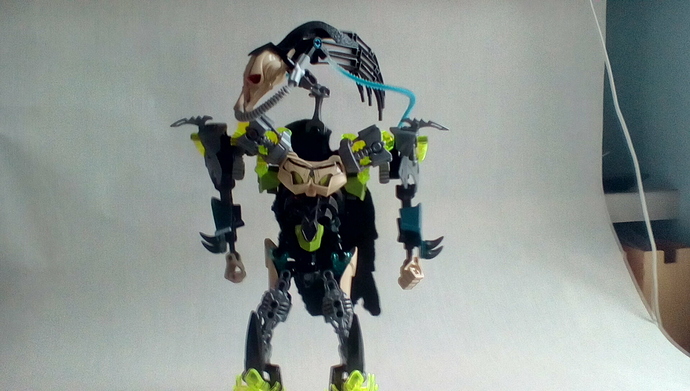 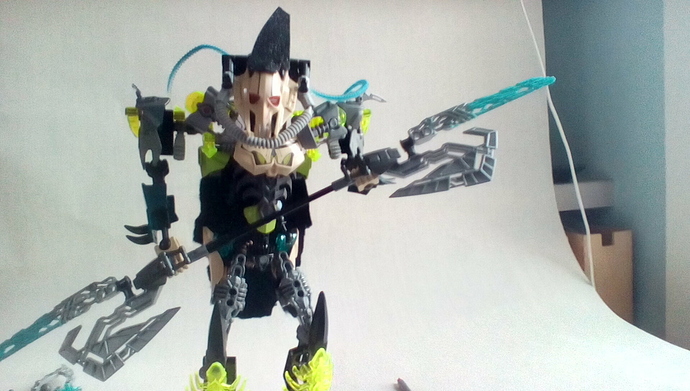 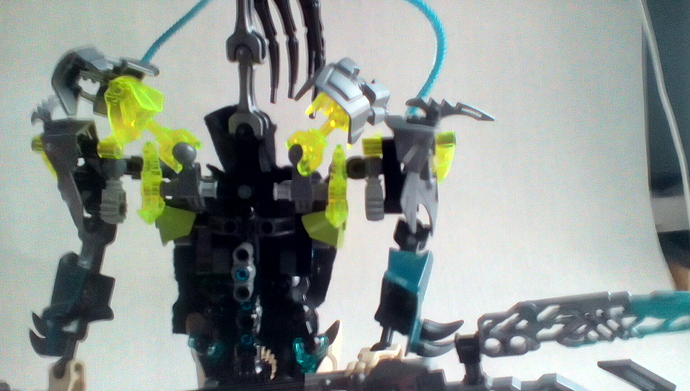 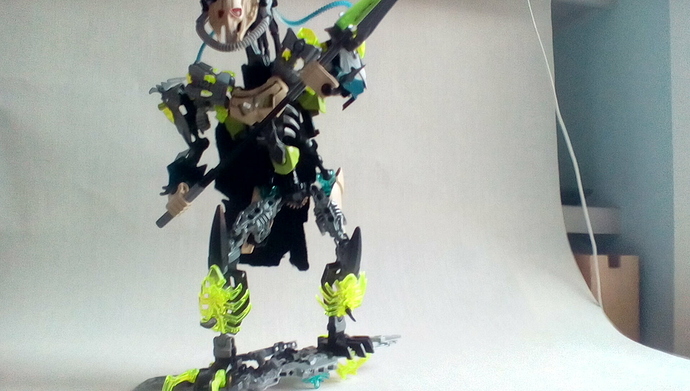 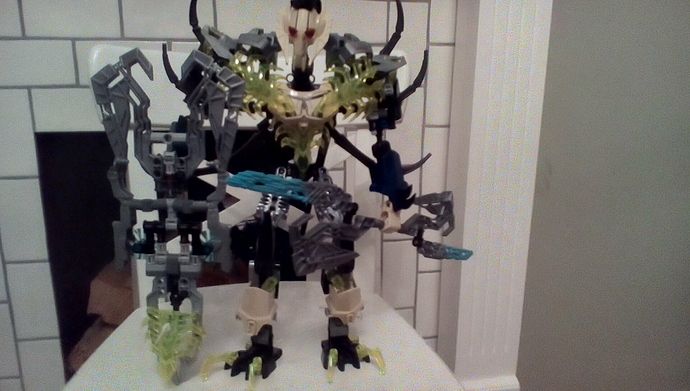 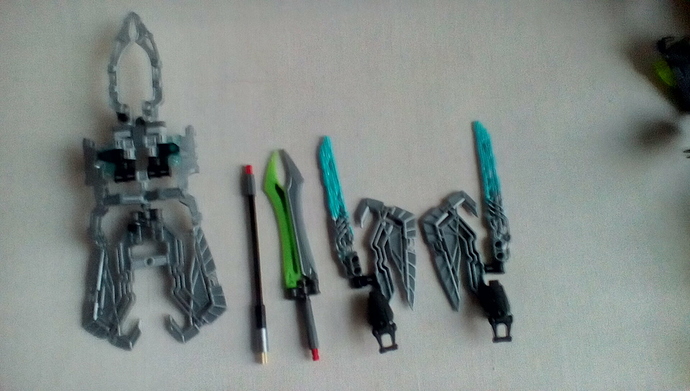 I like the double ended axe, but lime instead of blue IMO would work better. I also like the spines on the back. All in all, a pretty cool creation.

It’s a little hard to the pictures but I think it looks really intriguing!

I wanted to use the ones that came with Pohatu uniter version but I didn’t get him.
BRICKLINK IS THE BEST!!!

Not bad but that painted mask is heresy…
You should also work on your picture quality. I recommend getting a tripod and a white, clean background… Ideally some lamp to experiment with the light.

You’re not Skrall Razor. Taking the name of another member of the community is not okay.

I find it VERY hard to believe that you came up with it without seeing him mentioned somewhere.

Check out SkrallRazor's art on DeviantArt. Browse the user profile and get inspired.

Honestly I have never heard of him and have only heard of did dieviant art in passing, I understand your concern but I did not copy this person.

Not bad but that painted mask is heresy…You should also work on your picture quality. I recommend getting a tripod and a white, clean background… Ideally some lamp to experiment with the light.

Firstly: heresy?
Second, I am working on the white background but don’t know where to get a decent tripod for a relatively low price.

You did copy him. Not intentionally, but it needs addressing regardless. We can’t have two folks with the same username or it’s just gonna lead to confusion and upset.

Good point. Do you know if you can change your username or shall 8
I just change name in description?

You can’t normally change it but hopefully the staff on here can help you out.

Ok cool.ok thanks I don’t want to sound stupid but how do I reach them?

See that picture of your avatar in the upper right-hand corner of the screen?

Click it to see your recent notifications and PM’s.

One of them should be from me.

Otherwise… bit messy like everyone says, maybe a less chaotic but still spiky look to it could work

It looks like a undead version of General Grivevous who wants to kill every single Jedi alive. But I don’t see anythink who reminds me about a Skrall.

Firstly, I think if the head was replaced with the head I have drawn, it wouldn’t, secondly, Its not meant to be Skrall, it’s just a cool name. 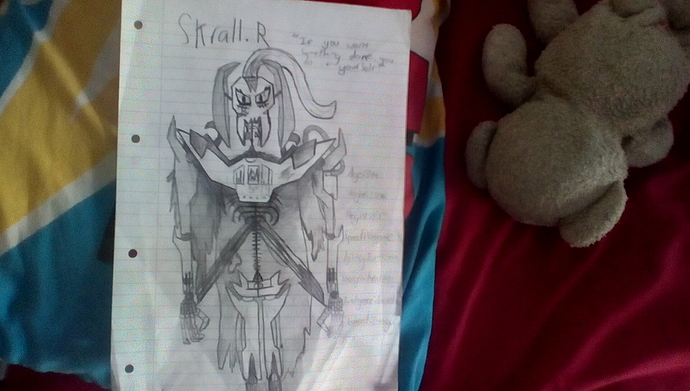 It looks pretty good.
P.S.: I know, but there still are at least two Jedi alive (Luke and Rey).