Hello! I’m new to the forum so forgive the newbie first post stuff. Basically I got very lucky yesterday when I stumbled across an Ebay listing which I snapped up. It appears to be a misprinted Lehvak Kal with the Tahnok Kal head patterning in green.

I found one mention of this existing on another forum, but no records of it elsewhere. I wanted to ask has anyone else stumbled across one of these? I don’t know the etiquette for posting links and pictures on the forum, but if it’s not an issue I can link to some images I made to demonstrate how I identified the listing as a misprint.

Update/Edit: So I have been doing some research (I didn’t think this merited its own fresh post) but I have found evidence of at least four of these existing. The one I found, the one in the BZpower thread with the deleted image, this image https://imgur.com/LqlVFFr from another person’s trade topic, and one guy on deviantart who had one but seemed totally unaware of what it was (I didn’t bug him about it or post it to maintain his privacy).

Edit 2: Small update since it’s been a few days. No sign of it yet, I’ll keep you guys posted. I’m hoping it might show tomorrow but I’m honestly expecting it to be early next week at this point.

Edit 3: Haven’t forgotten this. Still not here. Might show up tomorrow though.

I’ve never heard of this. Do you have any pictures?

I must see this.

I do indeed my good man! So these are taken from my Twitter to give a rough explanation of the misprint in question. I can only add three images as a new member so I will provide a full picture of the misprinted Lehvak Kal from the Ebay listing should anyone request it. Included is the Tahnok kal print in its correct red colouration for comparison with the relevant details circled. 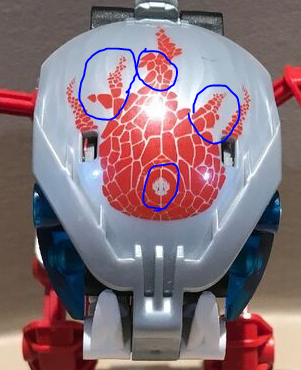 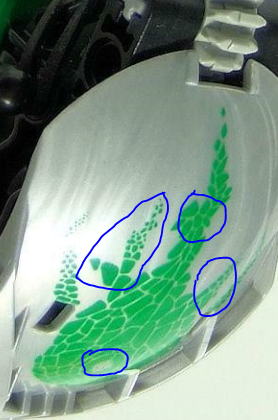 Most prominent in the listing image are the mirrored L shape and the wider scale section at the top, but the Tahnok Kal shield and the shorter, thicker right spike of scales are visible. For further comparison, here is the correct Lehvak Kal print. 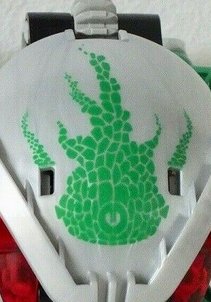 Apparently it should arrive some time between Thursday next week, and Monday the week after. I might record or stream the opening of it, but either way if it is accurate to the listing image, and is a misprint, I will provide higher quality pictures.

Fascinating. I’m really curious to hear more once you have it in your hands.

As soon as I have it in hand this thread will be the first to know about this! I don’t know if there’s a way to notify you specifically but if there is I’d be more than happy to. I’m honestly extremely excited by this discovery myself.

I had been aware of the Lehvak Kal misprint existing. There was a post referring to it on BZPower, sadly though the Imgur link to a picture of it appears to be broken. It may be something to do with my browser though, so feel free to take a look. No image loads for me. https://imgur.com/a/mflM1. I stumbled across it by complete accident when looking for misbuilt Bionicle listings to show to a friend. 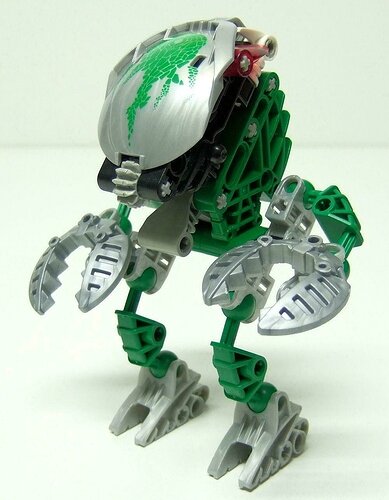 is that the E-bay picture?

Also, it looks like the Rubber Band isn’t included?

This wasn’t even the worst I saw. There was a Nuhvok where they had the canister right next to him with the correct way to assemble him on the front, and he was assembled like this guy. The rubber band is there, but it’s a black one rather than a green one. Thankfully I have a spare green one lying around somewhere, or I can borrow my Kohrok’s one. 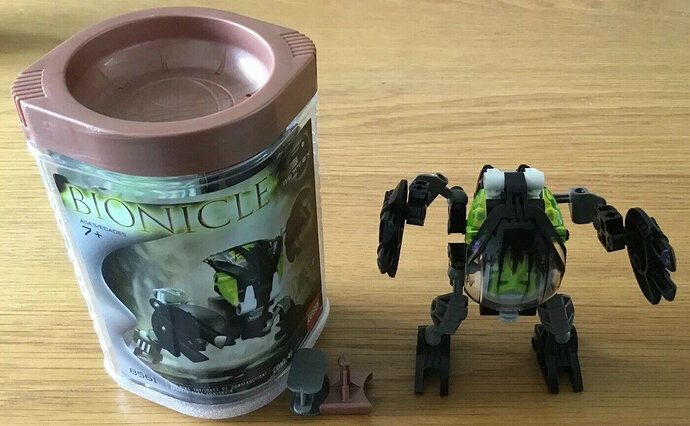 Though, I’ll give them a pass if it’s somebody’s parent trying to sell their Bionicle collection, but that’s the only reason.

Hey! So as you already guessed, these are in fact misprints. From what I am to understand, this happened to Lehvak-Kal, Tahnok-Kal, and Pahrak-Kal.

It’s super cool and a fun little misprint for sets that many overlook.

Hey quick question! Is your Tahnok Kal one with a red Pahrak Kal pattern (the Y shaped scales at the top)? A friend of mine has that misprint. It’s been a running joke between him and I for years since I’ve lowkey coveted it. It was funny when I found my green lad, as he insisted I buy him and “join the family”

Oh right!, I think Eljay talks about it in one of his reviews. I wonder how often this happened? I’ll have to keep my eye on Ebay.

It wasn’t a misprint. They obviously had multiple and didn’t send me the one they had in the listing image.

I’ve never been more disappointed in my life. I was so excited to have a misprint in my collection and its nothing. Just a normal Lehvak.

I’m sorry everyone. I shouldn’t have posted before getting it in the mail.

Although I wouldn’t call it scamming because it wasn’t listed as a “Misprint Lehvak Kal” but still, if the guy has multiple he should have done his research a little better and not pictured the misprint

I know reviving dead threads is usually frowned upon… but I’m fairly sure an exception might be made, just this once. 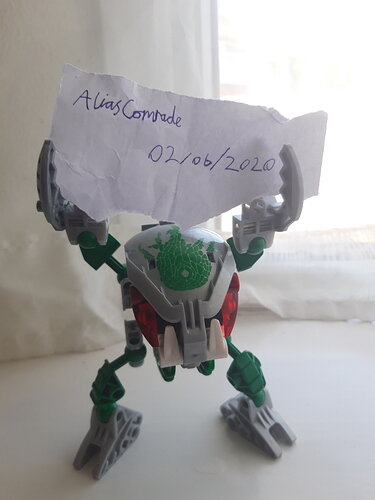 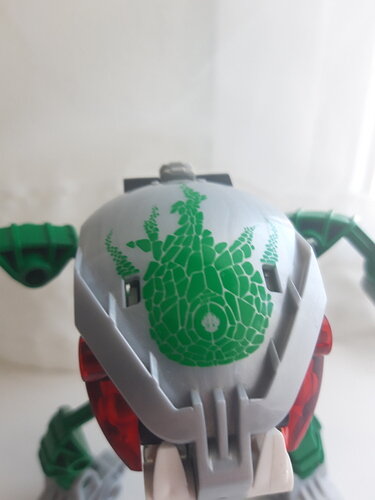 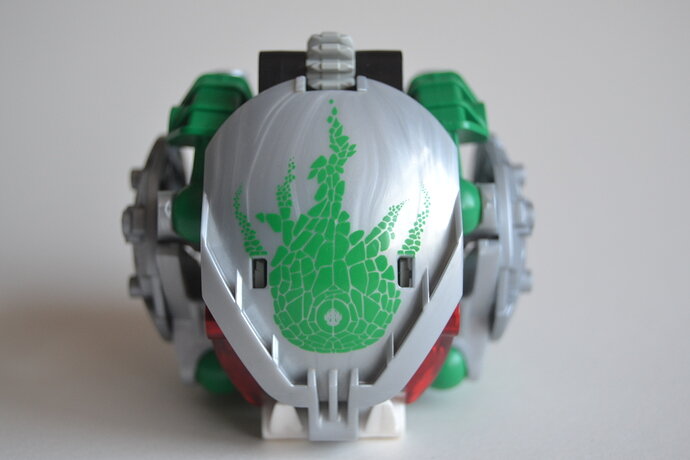 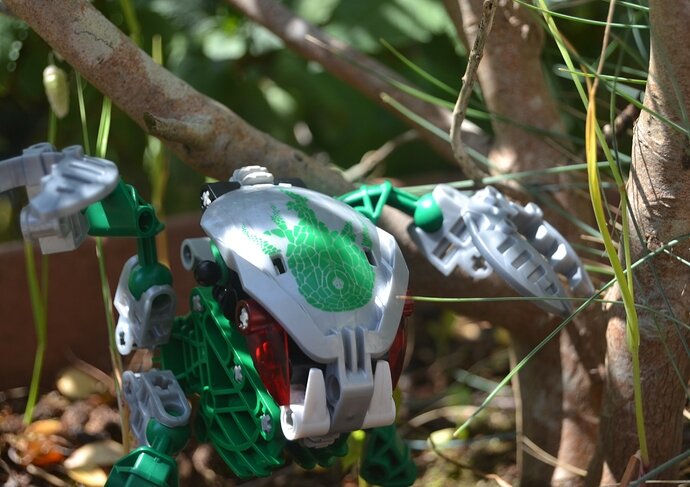 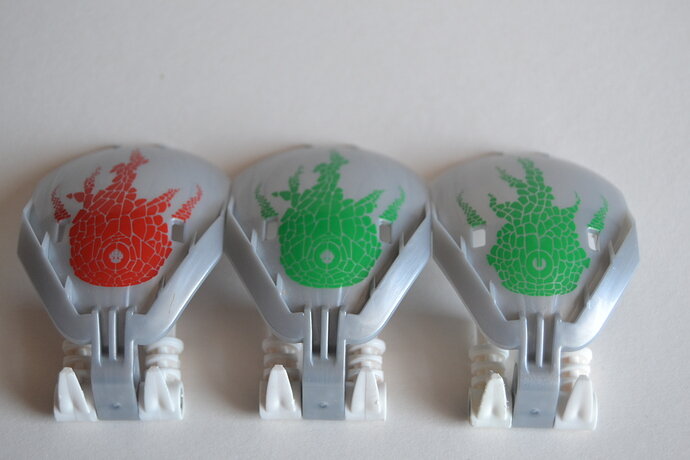 Hey boys. I’m back a year later. Check this out. 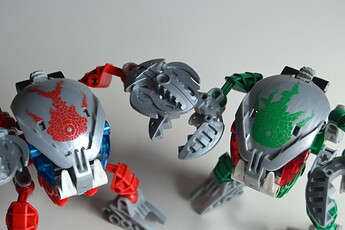 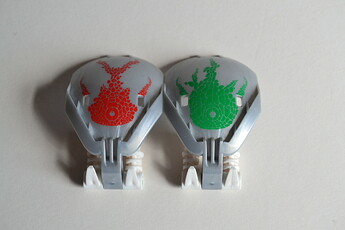 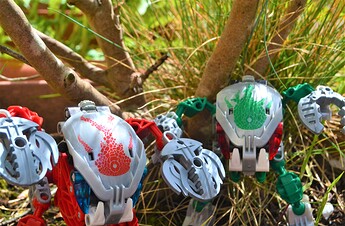 necroposting is fine as long as you don’t use the “Resurrection Rhyme”, or as it is truly named, the Regurgitation Rhythm.

Hello mate, that awful picture in the OP is mine 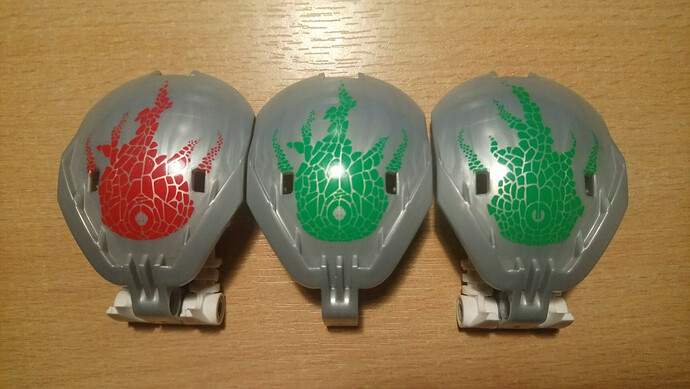 I’ve seen pictures of the other one, but I’ve never acquired it before