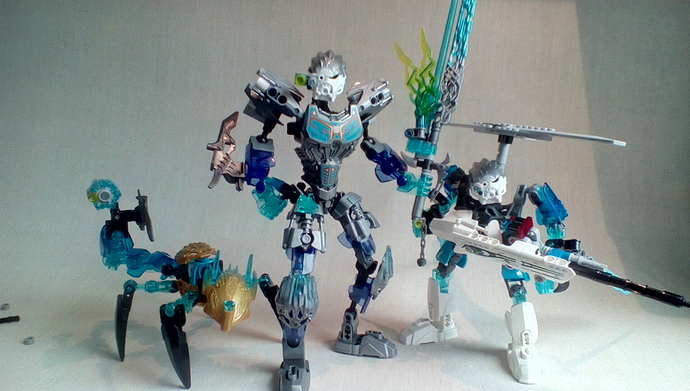 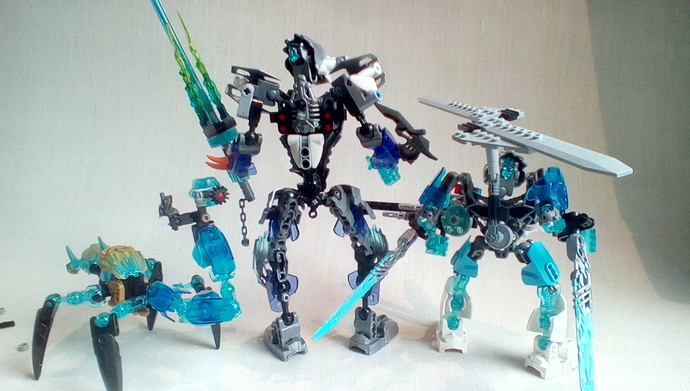 Both can unite with the Toa separately and usually share weapons with the exception of the creatures for obvious reasons.
Razor is the Toa, 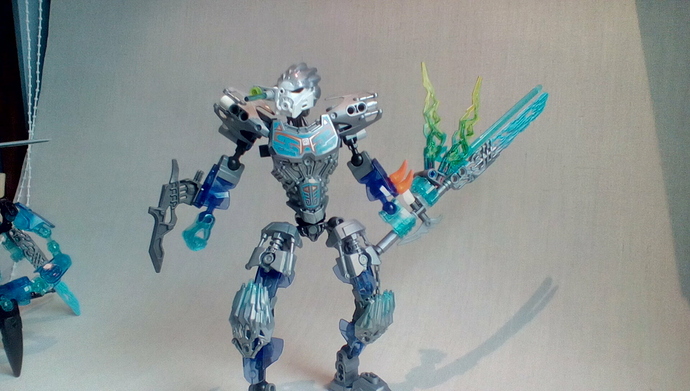 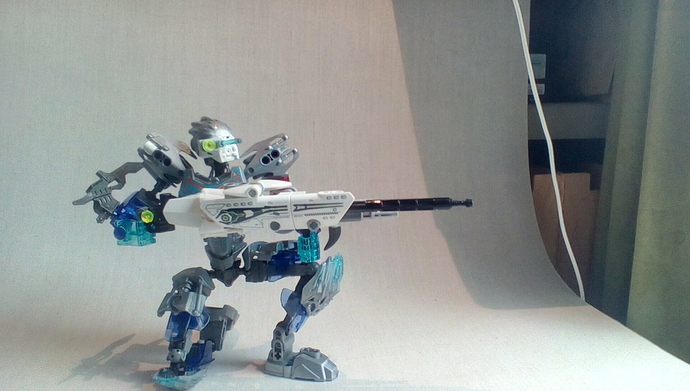 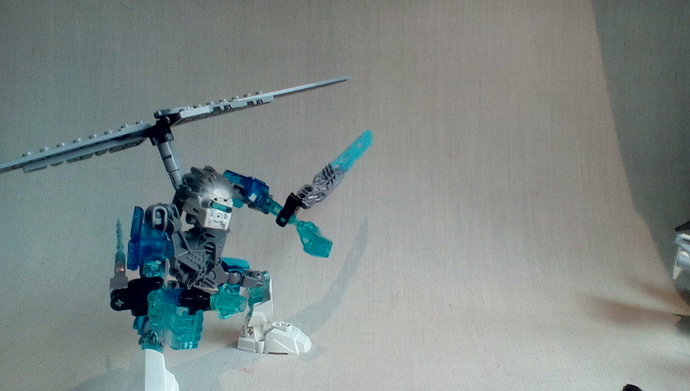 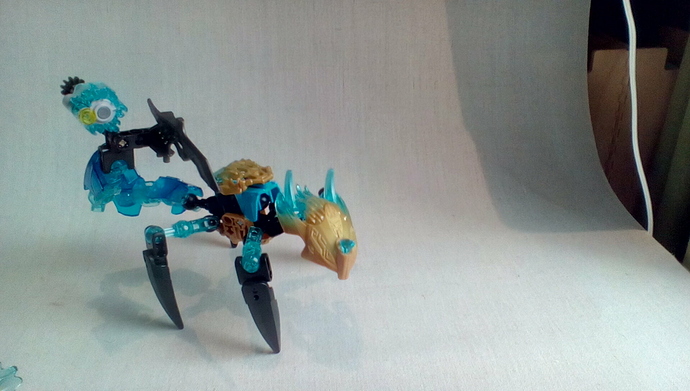 The weapons are:
Boltmaster sword 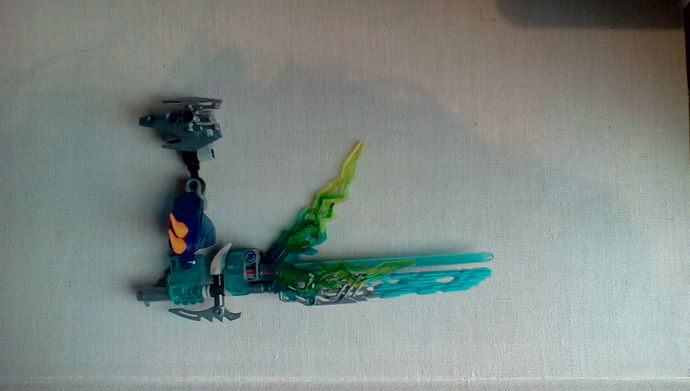 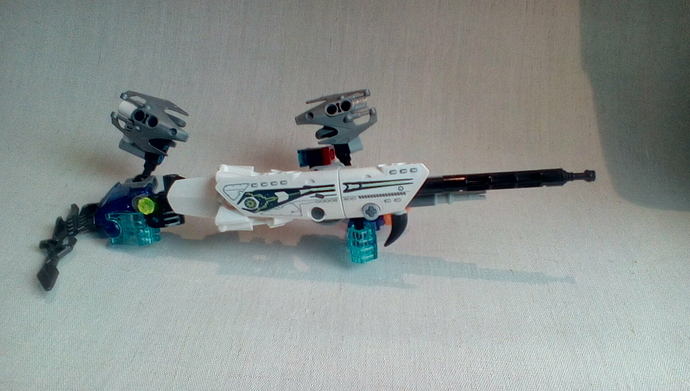 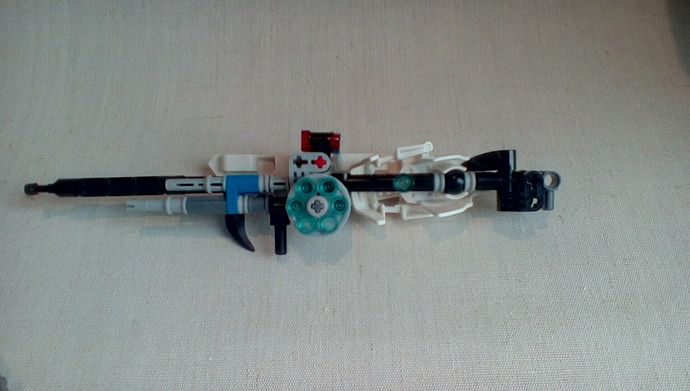 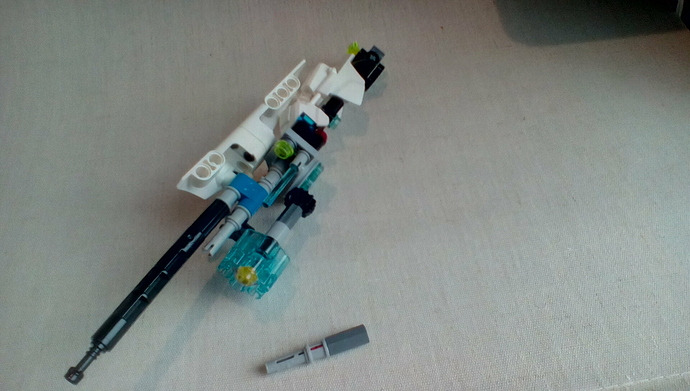 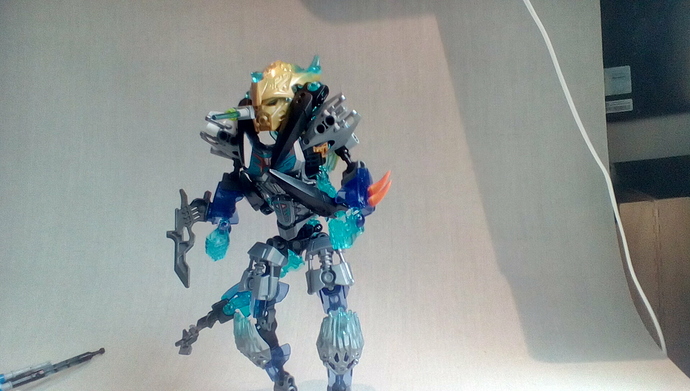 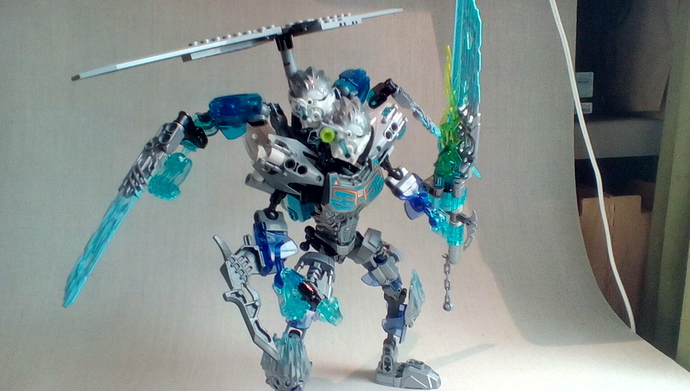 Good luck with this one Razor team! 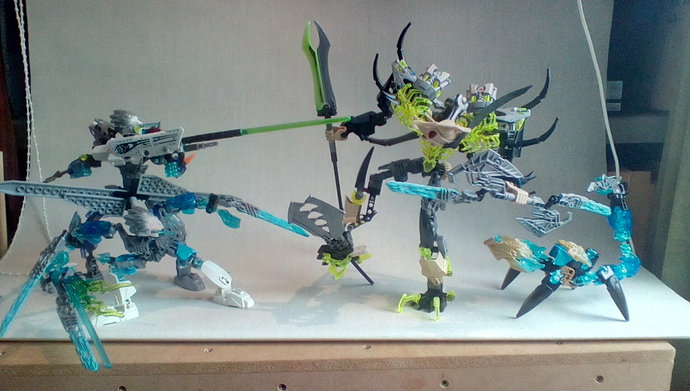 I know Kikoa is very bland but I’m working on her! I would use silver instead of gold but I don’t have any of the creature head pieces in silver so pretend that the crystal aurmor, feet(?) unity piece and head are all silver ( and trans-blue )

Seems and thrown together. I mean, the build is interesting. But the colors are not that great.And i find it hard to beleive that you didnt know about pohatus shoulders. It needs help, but with some of it, it might look pretty good.

I recommend getting rid of the white and orange. Those are very distracting colors.

Yes, yes you did.

@Kikoa As for the moc, I honestly wouldn’t be able to tell this was a Toa of Lightning if it wasn’t in the name of the moc.

Yes, yes you did.

As for the moc, its not really bad, but could definitely use some work. Like @TheMoltenKing said, the element is’t very well represented.

@MakutaTexxidos What do I use for the torso armour then?

@TheMoltenKing How can I make it more Electic? I only have 2 electric pieces

The colors aren’t great, but he’s definitely better than the toa of magma, but unfortunately it ends up just looking like a re-colored Kopaka.

I guess the mask is kinda iconic, do you th I k a different eye plug-in would help differentiate him?

It just kinda looks like karzahni got his hands on the uniters tbh.

Well you should use dark/light blue or purple as the main colour with white as a secondary colour. That’s normally the colour scheme of Toa of Lightning

I recommend the skull warrior plate atop a silver chest piece if you are not good at making custom torsos. - But you can always try to make a custom.

Implying uniters didn’t look like freakish abominations of nature in the first place.

I see you’ve made some modifications. And by modifications, I mean you completely redid the moc and added two new mocs to make a team. I think these look amazing. They’re much more lightning themed than the last one, and I especially like Charger. Great work!