Ré Skorr used to be the king of a country known as Stottore. But about 30 years ago, the entire planet of Croetae was sent into a war that caused a majority of the humans on the planet to die. The rest were mutated I’m various ways, including growing wings and horns. The war ended after 3 years, but the impacts will be still be felt until the end of time. Ré Skorr is now the leader of a small village located in and around the remains of his castle containing most of the remaining population of Stottore. He usually helps with lifting heavy things, which feel hundreds of times lighter with his gravity gauntlets. He also has a special gold alloy shortsword and a blade that can be used as both a sword and an axe.
Front pic 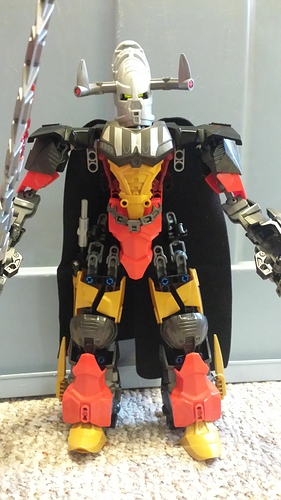 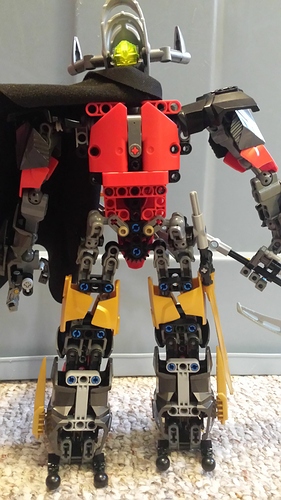 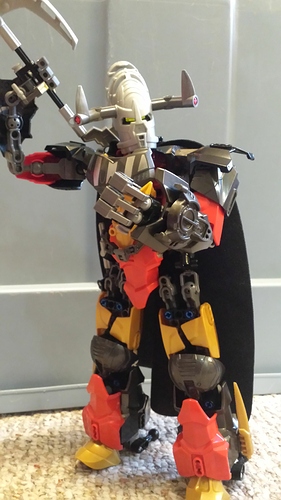 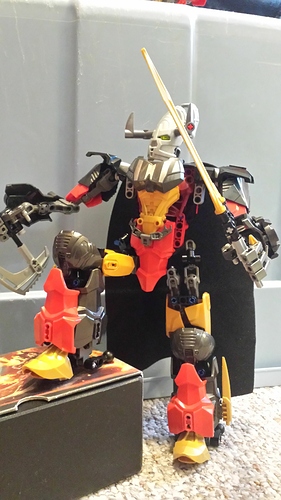 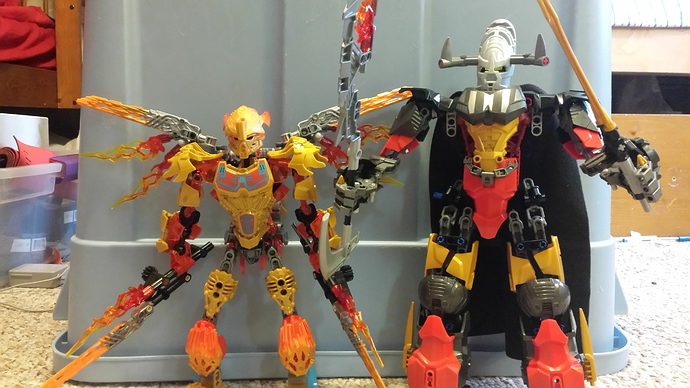 Not bad. Not bad at all.

Nice and bulky, however that head doesn’t seem to fit very well.

a really nice build right here ! also like the hands

Very big and solid, (two major pluses), but is looks like he lacks swivels in the ankles, knees, or legs.

The chest armor is bit bland. but the overall design is good.

I got to say this looks great.
Really like the build though the back looks weird.

I love this MOC’s design and colours!

Colors could be more cohesive, but this is nice.

Reminds me a lot of some Transformer designs.