A bit over a year ago I kicked off a play-by-post RPG where every player plays a Matoran. We wish to add some new players to our roster, so if you are interested don’t hesitate to apply!

Please note that this game is a bit more elaborate than typical forum RPGs, and is therefore being played on a site called Roleplay Online. Rules and details on how to create a character is found below. As per moderator advice, the link to the game will be handed out via PM.

If you have any questions, ask them in this topic. A link to the game will be given to anyone who’s interested, but note that you won’t be able to actually post in it without first being approved by me.

If you wish to take part in this game, you should have an interest in playing a Matoran character, have the free time to do at least a couple of posts a week, and be willing to do a bit of creative writing. Individual posts in the game don’t need to be very long, but a couple of sentences and a meaningful action is generally expected. Content is kept mostly like canon - it may turn dark and violent at times, but we keep it ‘clean’.

The tone of the game will be rather casual, with not too big of a focus on the crunch of complex game mechanics. The rule system used will be Simple d6 (third edition) with a few modifications to fit the BIONICLE setting. It’s an extremely simplified system compared to many other tabletop RPGs, and will be used mostly for the sake of introducing some classic dice rolling instead of having the game master decide the outcome of every action.

The events of this game is set inside Matoran Universe shortly after the start of the Toa/Dark Hunter war, with the action set on an island located in the southern, mostly uncharted parts of the world. Here you will find a Mata/Voya Nui-esque setting called Rangi Motu, currently under threat by Dark Hunters and a looming Skakdi menace.

All available Toa have been forced to join the war - it is now up to brave Matoran to save the island and its people! A small team of Matoran was sent to the island to investigate why no ships and no messages had arrived from the place in recent times. These were the original players.

As a new player, you have some say in where your origin point will be. This will be discussed once your character has been approved and you are ready to jump in.

In Simple d6, you use standard six-sided dice (but the Dice Roller will handle that, so you don’t even need real dice). When you attempt an action that has an uncertain outcome/chance of failure, you roll the die, and the result decides if you succeed or not, and to what degree.

Your character will have a list of skills. Skills are free-form and entirely made up by the player. Skills may be as broad to cover a field of expertise but should never be usable outside a specific area. Skills like “Close Combat” is as broad as it should get but you can build on top of this with increasingly specific skills like Sword Fighting followed by Fencing if you wish.

For every skill that applies to a situation, you may add 1 die to the roll, which improves your chances of success. Some items and equipment may give a bonus to rolls as well.

A few suggestions are listed below, but you may name any skills you want.
Example skills:

As a Matoran, you also have a profession, such as being a miner, merchant, fisherman, pilot, village guard, etc. Your profession counts as a broad set of skills, and therefore grants a bonus to any roll where experience would come in handy.

You start with 5 Skills, and 5 Hit Points in each Aspect (Physical, Social, Willpower, Combat). All your Aspects also have 1 Defense at start.

As you complete challenges in the game, you may be rewarded with Experience Points. These points can be spent to purchase new skills and better stats. Experience Points are the primary means of character progression in this game.

As a Matoran, you were created with elemental energy in your body. While you cannot access it directly, your Element still grants you a small boon. Choose your element, and your associated colors. You have the skill listed next to your element.

Your profession is what you have been working with for most of your life. Feel free to tie your own backstory and personality to it! Think of it as a broad set of skills.

Choose 5 skills, all by yourself! As a guideline, making a roll where you apply one skill greatly increases the odds of success, and applying two skills makes it almost guaranteed to succeed. Since each skill has a noticeable effect, it may be wise to choose a broad set of skills to begin with instead of overspecializing.

If you wish to exhange any of your skills for a boost to an Aspect instead, feel free to do so.

You have a set of basic items you brought along. Choose 3 from the table below. You may pick the same item multiple times if you feel like it.

As a baseline for prices in the game, each item in this list is worth roughly the same amount of widgets (20).

Hahli’s player got the [Excellent swimmer] skill from the Water element. They then added 4 skills of their own, and exhanged the last starting skill for a +2 HP boost to the Willpower aspect.

A character from canon was used as an example, but for the actual game: Please make your own!

To join: Make a post similar to the sample character above. I’ll be around to discuss it and approve it as soon as I have time!

Also this is technically advertising
@Kini_Hawkeye

I asked Kini_Hawkeye by PM beforehand if it was alright for me to post this.

This does, in fact, have my Blessing.

Also how does everything you type get likes? I must know the great secret of the mods!

If that’s not allowed,

Hi there! Psionics is not available due to its special status of sorts, but Plasma certainly is. You are not gender-locked when making your character; you may pick whichever one you like.

Refer to the Character Creation section for how to set up the rest of your character, and don’t hesitate to ask if you have any questions.

Thank you for your interest!

That works fine, @wild_toa! If you need a name for your character, personally I tend to plug meaningful English terms into Google Translate and use pieces of what comes out the other end.

For example “stone” or “pebble” translated to Maori becomes “Pohatu”.

how about kāpeti?
I got to the point of plugging in random things, but I kind of like it.

Sorry for not replying sooner, but I was busy during the weekend. I’ll PM you a link to the game asap!

alright, thanks! my weekend was a little busy at some points as well, so its fine 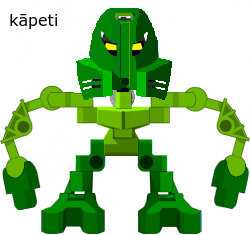 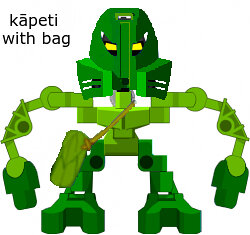 So… I have never playd an RPG but I’ve been wanting to try one and I find this one interesting.
Since this would be my first game if you let me play could you explain a little bit more on how the game would be played?

The game is laid out like a traditional tabletop RPG. It works a little like acting out a story through conversation.

tl;dr version: An RPG like this works much like other forum RPGs, but instead of always describing perfect outcomes we let some dice and simple statistics handle uncertain situations. The players decide where to go and what to do, while the person running the game describes the environment and the challenges they need to overcome.

One person is the ‘game master’ (GM), or the narrator + referee of sorts. In this case that would be me. The GM presents a scene for the other players to interact with. In general the GM controls ‘the world’ of the game and all its non-player characters.

Each player has control over a character which they create. The player will state what their character wishes to do and then describe how it happens. A player character may typically attempt to do anything they wish so long as it’s within their character’s power to do so.

(Example: anyone could attempt to use a disk launcher, but only a Toa could activate a mask of power).

If an action is risky or the outcome is uncertain, we roll dice to determine what happens, using the statistics of each character to influence the roll. Depending on how the roll lands the GM may tell the player that they succeed flawlessly, that they fail and must try a different approach, or perhaps that they succeed but suffer some drawback.

Using the sample character: Hahli would have a bonus to dice rolls when steering a boat down river rapids (her skill “handling boats” applies).

GM says: “A rock is in your path, can you avoid it? Please make a roll.”

Hahli rolls 1 die for each applicable skill she has, taking the best result among them.

If Hahli were to fail this roll, she may receive some Physical damage from crashing into the rock, or the GM may tell Hahli’s player that the boat has sprung a leak and will need to be fixed soon. The player then decides how to respond to this new situation.

Hahli would not need to roll dice at all when handling a boat in a safe situation, such as at the docks - she would simply do as she wishes because there is no risk of failure.

Example scenario with multiple characters: Jaller, Hewkii and Hahli need to cross a river. The GM might say: “Normally this would be an easy task, but strong current following a rainfall makes it much more difficult. What do you do?”

Given the above situation, Hahli’s player may decide bank on a Ga-Matoran’s natural abilities. She would then roll the dice and take the result, for better or worse.

Her player describes: “Hahli dives into the river and uses her life-long experience to swim across.” (She rolls dice, applying her Excellent Swimmer skill to gain a bonus. The result is a success.) The GM describes the outcome: “It’s an easy task for her, and she makes it across safely. Jaller, Hewkii: What do you do?”

Hewkii’s player, on the other hand, knows that his character is a Po-Matoran - described as ‘heavy’. He posts: “Hewkii is aware he would be a terrible swimmer, and decides that he won’t risk going in the water if he can avoid it. He will instead look around for any strong branches that could be used to secure safe passage across. Jaller, will you help me with this?”

Play continues like this, back and forth between players and GM. In some scenes where the characters are simply talking or not doing anything risky, the GM would lean back and let the players handle themselves. When they need information about the world or they don’t know what happens next, the GM continues to make judgement calls.

Looks fine to me. Sorry for not replying earlier, as mentioned before weekends can be deceptively busy!

I’ll get you set up with a character sheet and send you a link to the game as soon as I find the time.