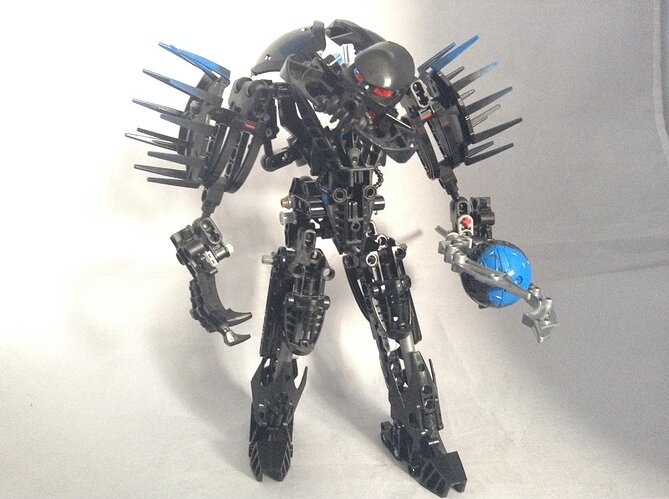 IMG_1893.JPG2592×1936 1.12 MB
So I’ll first begin with the cool stuff about it. Well, the coolest thing about this set is the recolors, which we have plenty. We have Hydraxonn mask in black, bohrok shells in complete black (not sure of they appeared in another set), Xplode spikes in black and blue,Mantax pincers in black,the Piraka claws in full black (also in Vapor ad Bulk) and the best of them all, the Tridax pod in blue n’ black. Another good thing about it, is that it has a consistent color scheme except the red axles, and that it is pretty solid. 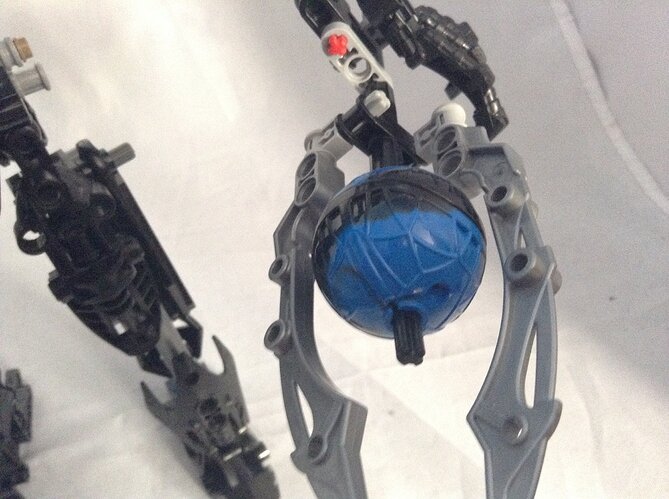 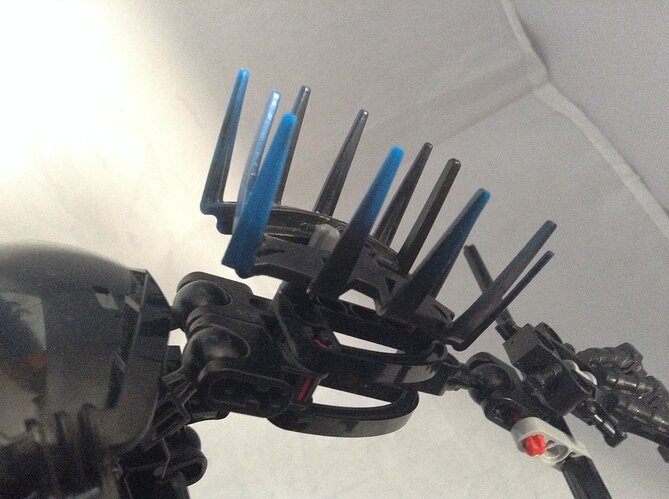 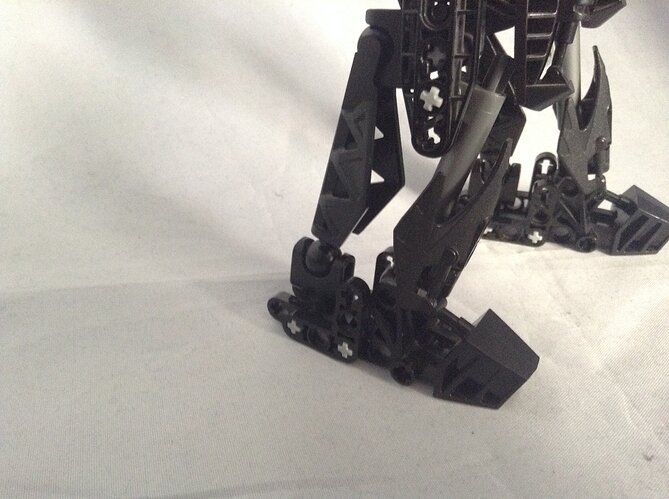 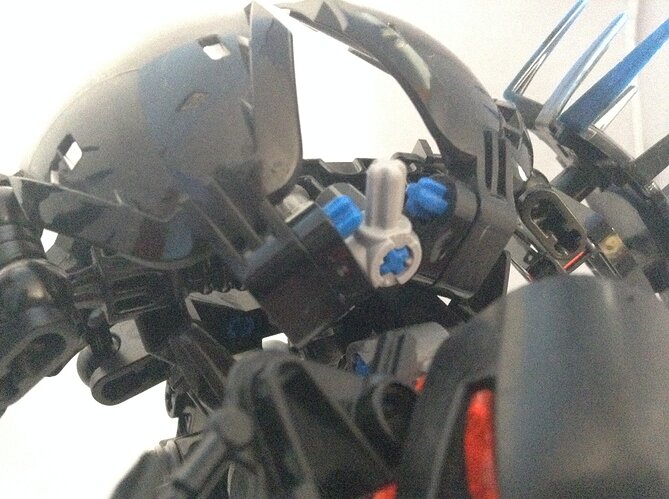 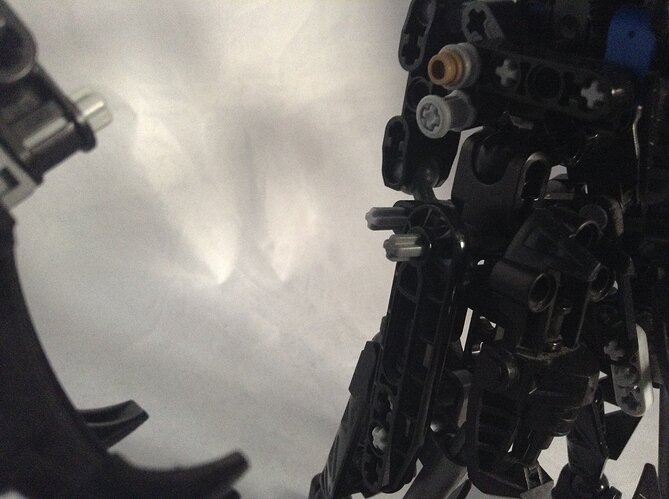 The back looks seriously unfinished, with another axle sticking out: 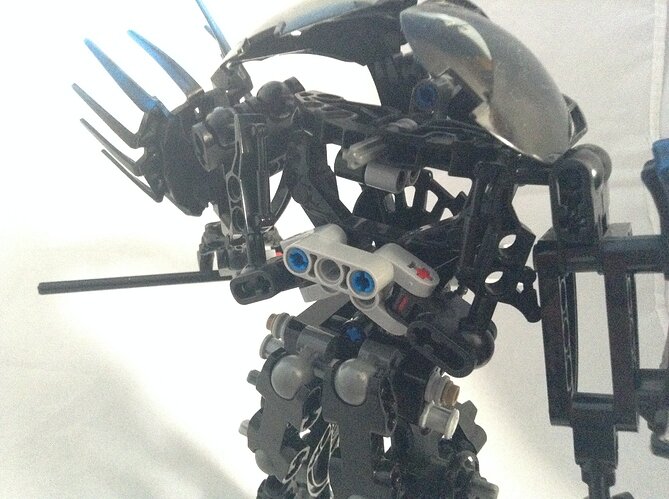 It is also kinda wabbly (Bohrok shells, staff, the Toa Metru feet on the upper feet)

Overall, this is not that great. It has too many cons compared with pros, but if you are a Mocer,I highly recommend this. I think that Hero factory fans might really enjoy it, too.

That’s it! If there are some details I missed, stuff I was mistaken about, please tell me in the comments.

Pretty decent review, but I think you’ve fallen into the same trap as many Boards reviewers, that being you’ve basically copied Eljay’s format to the letter.

These are the common Eljay review tropes:

It’s not that there’s anything inherently wrong about mentioning any of these things, but it’s very clear from the specificity, the nearly identical phrasing, and the identical flow of the review that it’s just trying to be Recap Reviews.

I would suggest trying to make your reviews more unique. That’s the appeal of a review, after all, the specific take of the reviewer on the product in question. Why not tell us what you think of the set? What parts of it do you like, or think are cool, or are successful? What parts don’t you like and think failed? What you think of the character, or the story? What are things you personally would improve on or change? Try and talk about the product in a way no one else has already.

Alongside that, think of ways to make the flow and format unique to you. Don’t follow the checklist of Set Name, Recolors, Pros, Cons, but try and find something that is genuinely you. A lot more people will be drawn to your reviews if you have something new to bring to the table.

BIT OF AN EDIT: Literally just read your Jetbug review, and that does a few of the things I mentioned here. You still did a few Eljay things (“originally retailed for X” might as well have been said by Eljay himself), but you did talk more about what you personally liked in the set. Just give us even more of that (and even some things you don’t like, if there are things you don’t like).

You have mistaken me with my brother, @LegoDavid , I did not do any Jetbug Review, this is my first.

You have mistaken me with my brother, @LegoDavid , I did not do any Jetbug Review, this is my first

Yes, I was the one to review Jetbug, not @Toa_Radrix

Personally I don’t think there’s enough information you gave to determine if the set is good or not. You simply went over recolors, color scheme, how the set is gappy in some places, how the back is unfinished and that some parts are a little fragile. There’s still the build experience, building techniques, functions, playability, just to name a few. The review is too bare bones in my opinion. And as @PakariNation99 says, work on originality. Any styling or unique format would work well, and as it stands, there’s nothing that tells me that this review is better than someone else’s, or why I should listen to your opinion more. Just saying.

Never obtained this set due to how common most of the pieces are. There isn’t a single unique mold. The most practical moccing element here is the tridax pod, but since it’s molded in two colors, it’s difficult to use. Rotor and Von Nebula are the last titans to use the technic/bionicle hybrid build. This was also the last set to use the long-running toa mata foot, bohrok windscreen, rahkshi leg, toa metru foot, vahki hips, two-toed piraka foot, mantax pincer, hewkii mahri blade, hydraxon mask, makuta phantoka torso, tridax pod half, throwbot arm, and throwbot wing. All of these elements were phased out and replaced with the ccbs. IMO at this point the old building system was getting stale so it was a welcome change. Von Nebula is competently designed given the set’s budget, but he isn’t nearly as cool as the pre-2006 large bionicle sets that had mechanical features. If this set had existed pre-06, the wings could’ve been movable, the hands would’ve been given a grabbing function, and the legs would’ve been non-articulate.

All i gotta say is give that t-rex some bloody elbows. I hate it how TLDD always disappointments us with crap like that.

Thanks.[quote=“justabioniclefan, post:7, topic:48489”]
All i gotta say is give that t-rex some bloody elbows.
[/quote]

What do you want to say with this…?

Because I like to read every new post and topic so there’s nothing new 99 percent of the time so I just look at old topics.

What does a grabbing function mean? Do you mean a claw like rhotuga spinner sidorak set had?

I meant something like the exo-toa claws or the bahrag jaws.