With all the time on my hands, I decided to rework a MOC that I completed and posted to this board over 3 years ago:

Hello all! Some of you may have seen my earlier topic about the beginnigs of a Denmark MOV from Reviving Bionicle, and I am happy to say that he is complete, unless I decide to change something later. [image] Even though he is based off of and a MOV of the Denmark character, I like to think of him as perhaps a Red Star zombie seeking revenge on my Kestora self MOC. Speaking of which, [image] [image] [image] Kestoro, my self MOC, has been given a new shield that can double as a buckler and a pair of hover-skis. Also, just for fun, i put a bunch of cool filters on an image of him. [image] [image] [image] [image] [image] [image] [image] [image] The app I used for the filters was Prisma. If you need to see more of any given MOC, just ask and I'll take more pictures.

At first I just wanted to create a custom head because the old one was a rather generic Mata head. 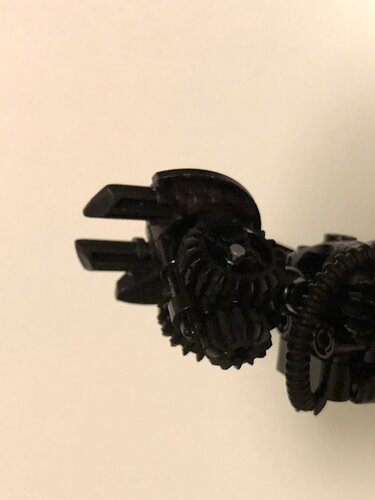 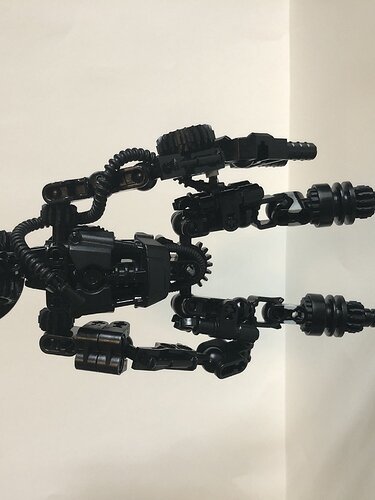 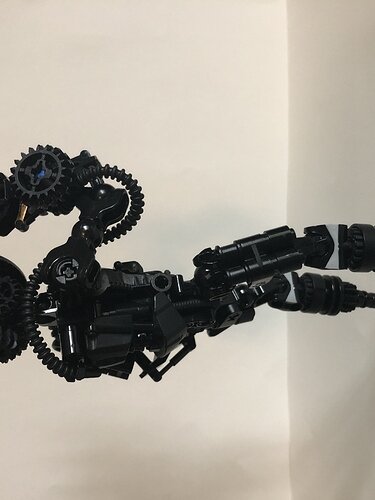 When I recreated the head, the face seemed to portray a more neutral character than I originally intended, so I ended up changing the limbs to be more symmetrical and less sinister-looking. 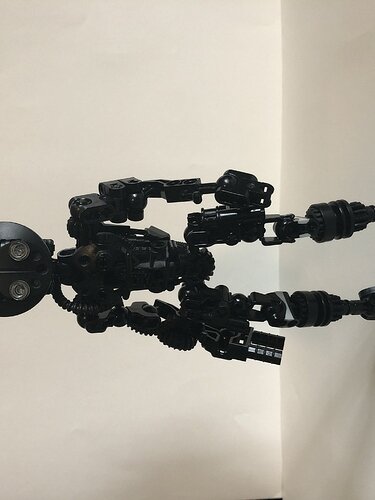 This character is intended to be a mechanical robot, so I made the limbs rather skinny to give an endoskeleton-like feel. The major motifs of this MOC are gears and plugs, to represent the mechanical theme. 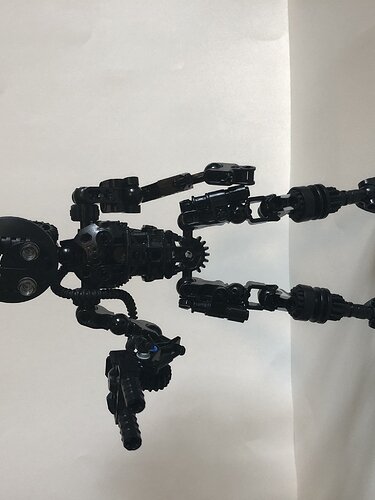 The skinny limbs and small feet make it difficult to balance, but highly posable. 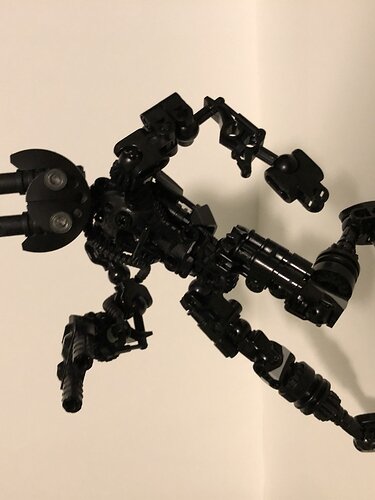 Feel free to help me come up with a name, as I don’t have one yet. If anyone wants more pictures/instructions, just ask.

And, the pictures uploaded sideways. Just tilt your head, I guess.

Nice design, structurally, a think a secondary color would help keep the pieces from blending in with each other.

Quite simple, but rather nice.

I like the head a lot! Kind of eerie-looking.

I got that feeling too, lol.