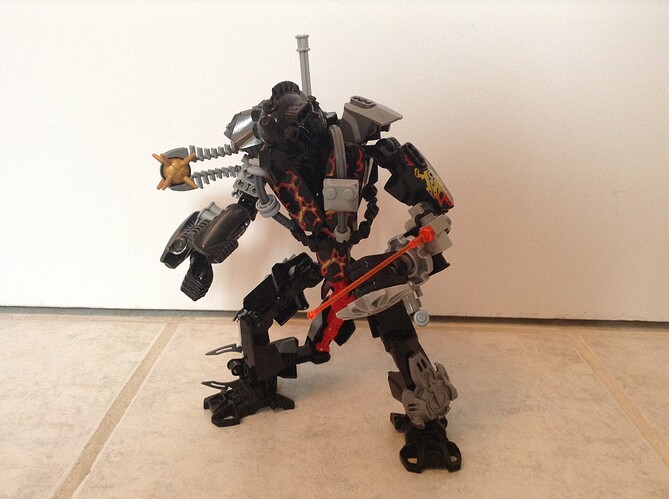 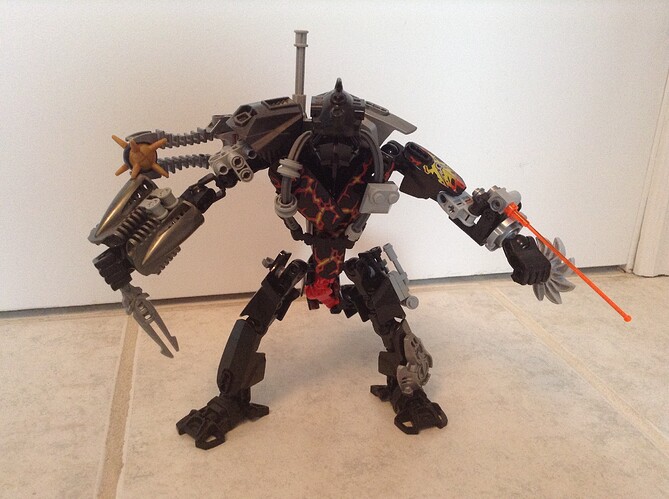 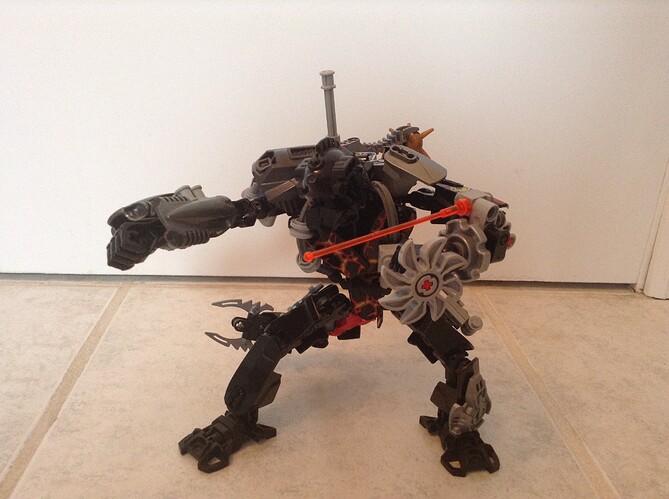 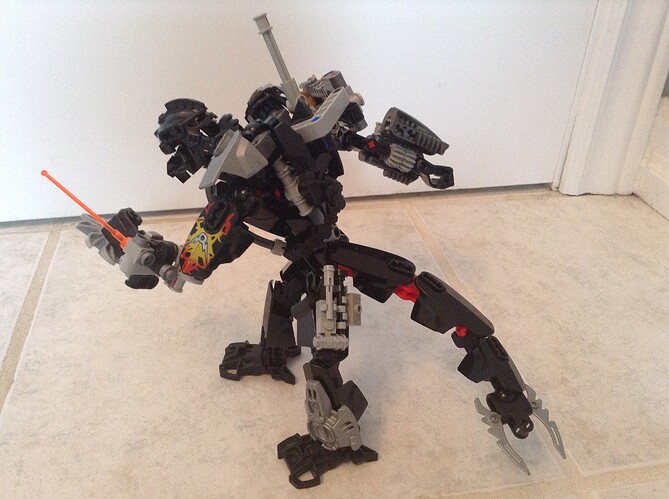 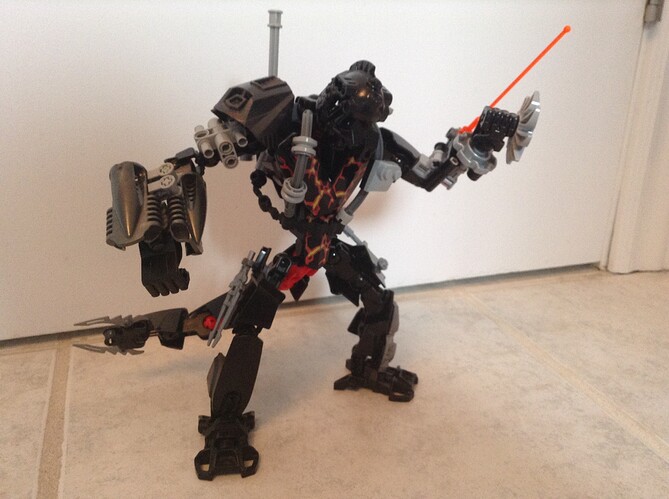 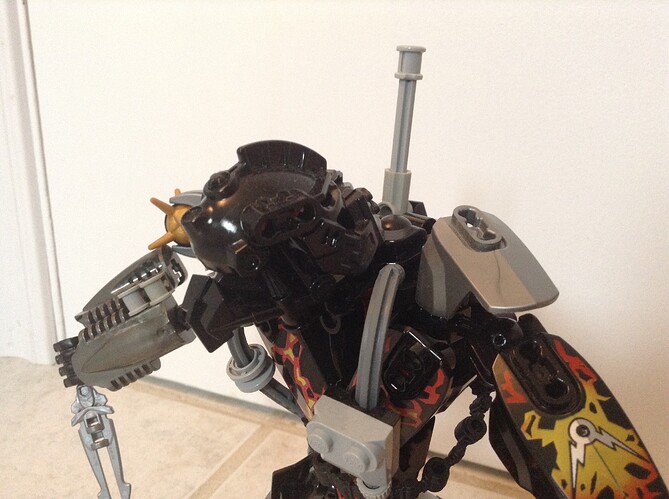 Once a simple lizard-like creature living on Bara Magna before the Shattering…until he got exposed to Energized Protodermis and mutated into this fire-bellied monstrosity. With enhanced intelligence, and the savagery of an animal, he struck fear into even the boldest of Glatorian.

He and the Baterra once crossed paths, but he made short work of them. He then took and remodelled their robotic parts into various weapons, firearms, and armor. He now roams the Black Spike Mountains of Bara Magna, hunting down and destroying as many Baterra as he can…in order to subdue the intense pain he feels inside for not being excepted in society

the tail is nice, the head is cool, so is the knife and buzz saw with the laser pointer

TMNT inspiration?
And the design of this character in lego form is pretty neat!

That head is awesome

the head is cool

That head is awesome 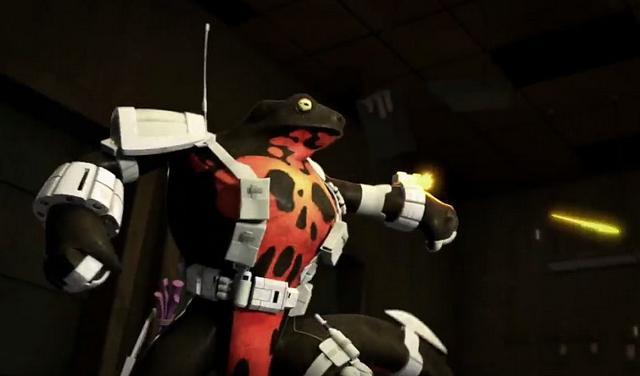 It’s like Venom(earth 616 Eddie Brock) and the Frog from starfox had a love child
which then got fused together with Punisher.
I wanna be that frog.

I wanna be that frog.

What do you think of the MOC?

For being based off the frog, is rlly accurate.
I love how you made the utility belt.

It’s not a frog. it’s a newt. Hence the name Newtralizer.

I like the utility belt too. But I wish that Ammo-belt piece was released in silver or grey.

I feel like you should have made this MOC more organic, and tried using color blocking or layering to make the distinction between his natural parts and his armor. As it is, his lower arm looks less armored over as it does like the original arm got chopped off. The torso design looks weird, but is probably the best place that you executed the look you were going for. The left leg is a large offender, with armor slapped on to the black that should represent his organic parts. The right forearm looks quite blocky, and also like it was a replacement arm. The tail is probably the most solid part of this MOC, although you might could have used a different color than silver on the end.

It’s pretty nice! I think the head looks a bit odd, to be honest, but otherwise you’ve done a rather good job with this one.

#ONLY NOW AFTER WATCHING TMNT DO I GET THIS REFERENCE

Am I necroposting? I don’t care. This MOC is quite good. I especially like the use of the Fire Lord armor as the chest.