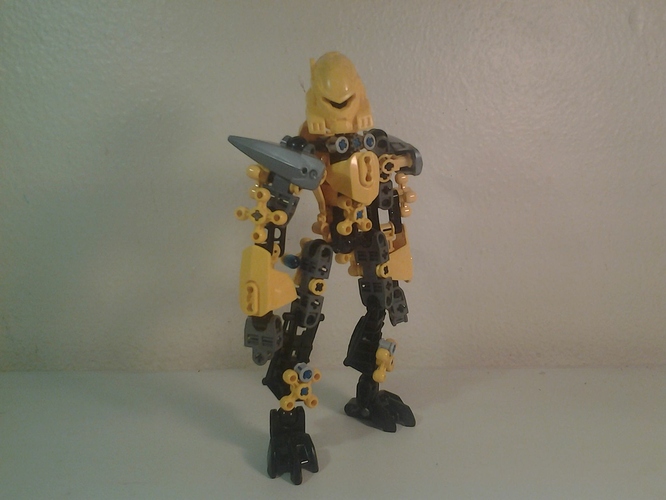 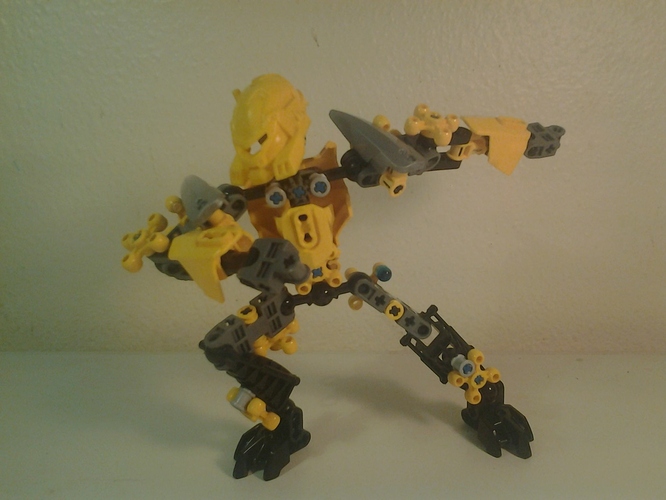 S.A.R.A.H. was a artificially intelligent feminine robot built by a mad “doctor” named, Karaku. She was designed specifically to capture or kill Toa, for research. As well as protect Karaku by any means if he were in harm’s way.

To do this she has a selection of weaponry to choose from. 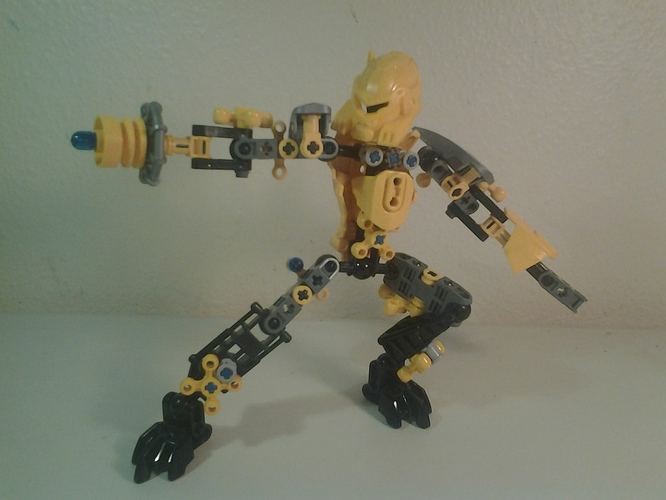 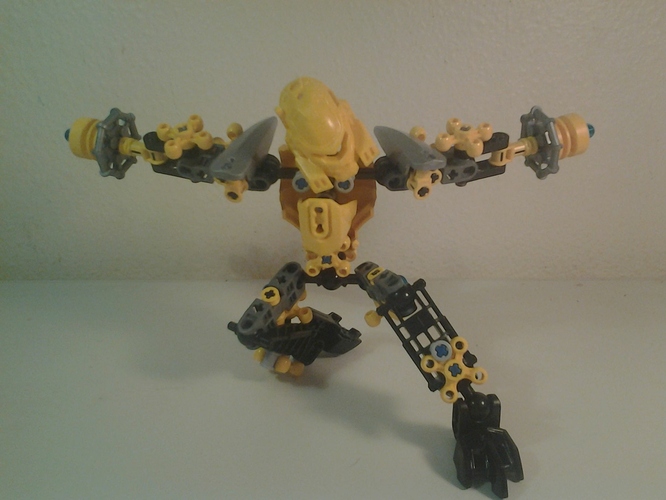 First, S.A.R.A.H. comes equipped with built in dual arm cannons, which can be used independently or at once, they can be charged for a more powerful blast or fire off rapid smaller shots. 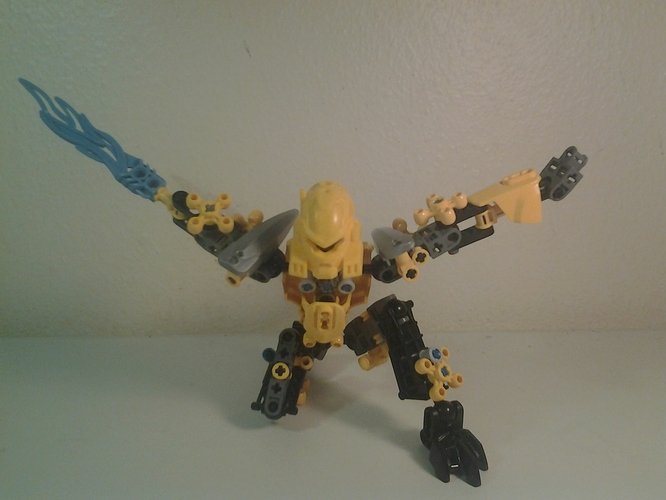 She also houses a built in plasma blade, perfect for slicing through the armor or weapons of her targets. 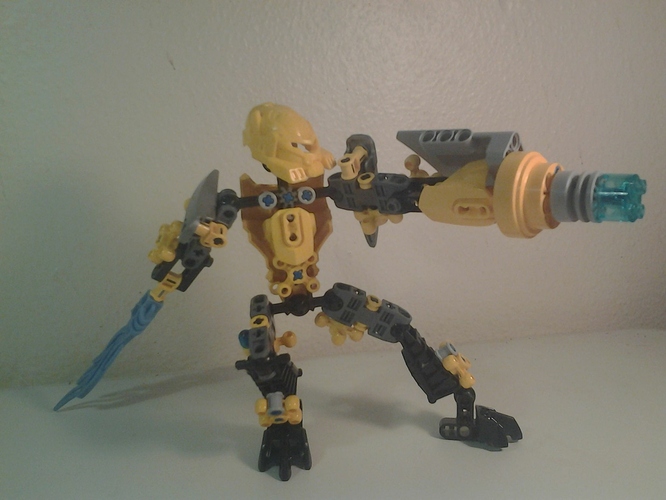 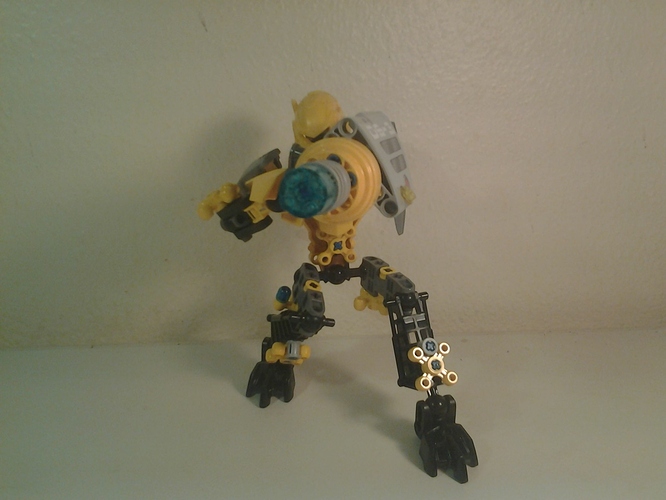 The frist one of S.A.R.A.H.'s two last ditch abilities is her massive, fracture cannon. When used, the fracture cannon acts similarly to her regular cannons, firing off “small” rapid blasts, which could disintegrate a Toa. Or the fracture cannon can be charged, giving off a massive blast of energy that could replace a village with a crater. Though the fracture cannon greatly depletes her energy, and could cause her to shut down or malfunction.

S.A.R.A.H.'s greatest weapon however, is her primary core. If she were ever to need it, she could overload the core built in her chest, and release a blast that would render half of Okoto uninhabitable. 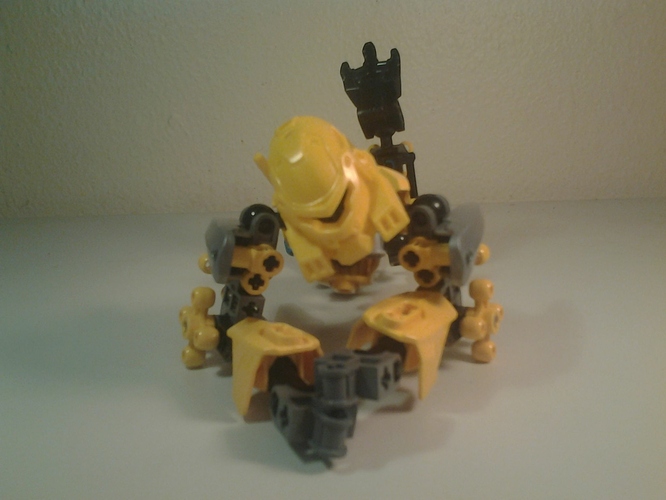 Despite her original programming being to capture, kill, or protect, S.A.R.A.H. maintains a bright and bubbly personality, tending to see things in a more positive way. 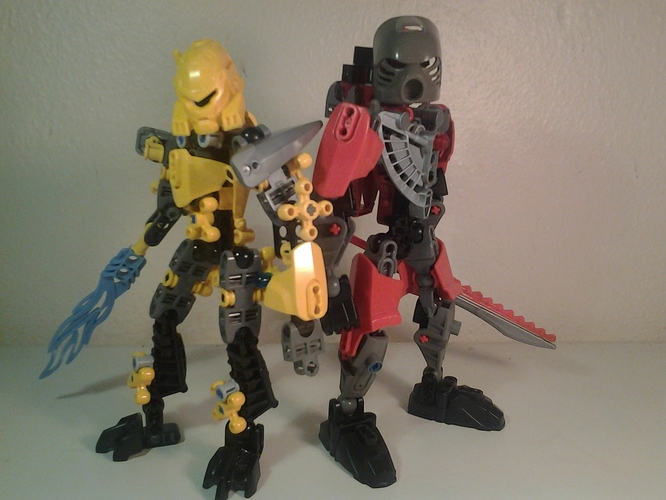 After the formation of Toa Kasai’s team, the Toa Koreta, S.A.R.A.H. was tasked with obtaining all seven members of the team, and she proved herself as more than a match for the new Toa, but ran out of energy after Toa Tahu and his team stepped in to aid the Toa Koreta. S.A.R.A.H. was later taken, reprogrammed, and recharged by Korgot, joining the protector as a lab assistant, and taking part in the fight against Makuta.

I wouldn’t say this is a technically impressive MOC, and the yellow gears are an interesting if not all that successful aesthetic choice, in my opinion, since they clash with the smooth armored look of the CCBS shells. However, I love the expressive poses, and the weapons look pretty cool too. In all, I like it in the way I like the G1 Hewkii Mahri and Pohatu Phantoka sets: it’s got plenty of objective flaws, but it’s very charming all the same.

Well I thank you for the evaluation, she’s not really made to be all that impressive, though being purely robotic, she has alot less armoring then the majority of my mocs to make her stand out.

This is cool. It definitely looks like a robot, and I really like the sword arm ,and the gun arm n’ such.

The torso looks weird, but the res is great. The acronym is clever.

Pretty cool. I question the knob gears, but overall it’s a nice MOC.