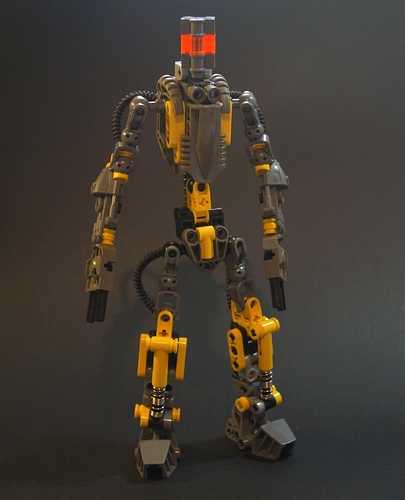 SALs, or Servo-Actuated Loaders, were a form of limited-sentience maintenance and heavy-lifting droids employed in the construction of New Atero and other structures on New Spherus Magna. They are a leftover of the Great Beings, and are seldom given much consideration by the various people of the planet. 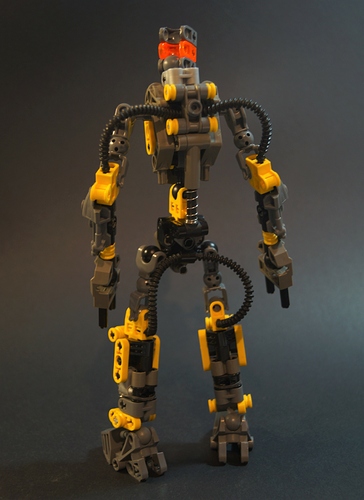 sal-back_37753105142_o.jpg3258×4472 1.01 MB
SALs were never intended to be deployed in any combat or conflict-heavy situations, and as such, their design leaves systems relatively exposed. While sealed against dust and other contaminants, it is not difficult to disable a SAL by cutting their joint-actuating cables. 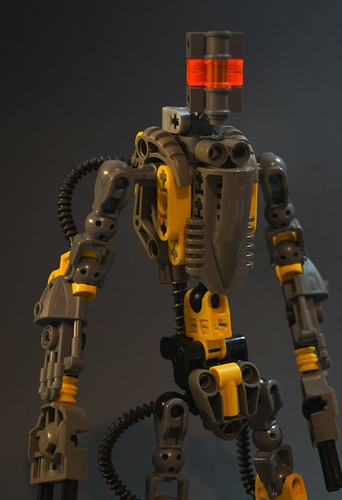 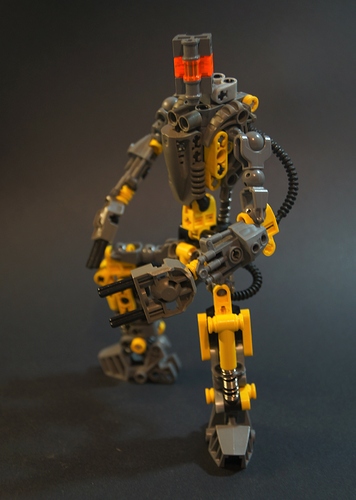 sal-ready-for-work_37114866693_o.jpg3264×4579 1.09 MB
SALs are, in many loading docks and foundries, indispensable to the Matoran and Agori. Nearly as tall as a Toa, and easily as strong, if not stronger, they can ■■■■■ loads and support weights that would otherwise require teams of regular workers. 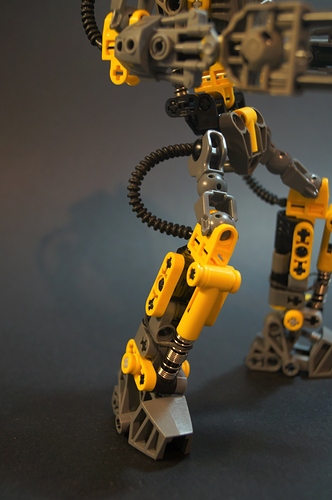 sal-shin-shock-dampeners_37114868303_o.jpg3264×4912 1.26 MB
A distinct feature of the SAL design is the shin-mounted shock dampeners. Fixed springs in the shins absorb a degree of the kinetic energy that might be encountered if a sudden load was dumped onto a SAL. This preserves the shin components, rather than letting them be shattered under shock force. 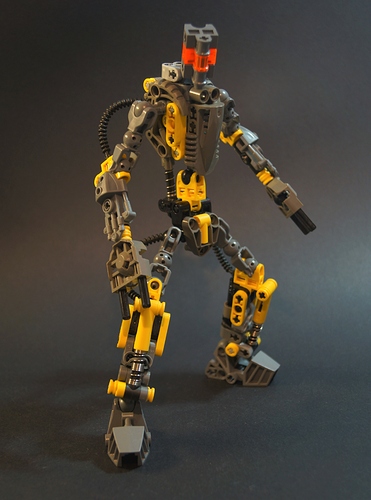 sal-at-the-ready_37114869633_o.jpg3263×4394 1.17 MB
SALs are possessed of limited sentience, and as such are treated with kindness by most workers. There are, however, those who treat them as mere machines, worthy of neither respect nor care. 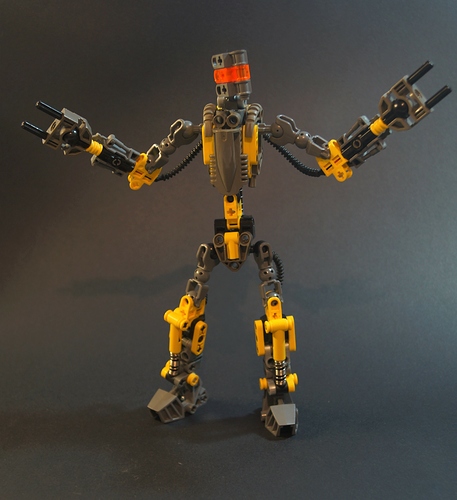 Looks great, maybe add some size 4 ccbs shells to the upper arms and thighs? They look fine without them though.

It gives me a very awkward look… Can’t you make a new head?

Perfect
The colors, the head, and the story are all great

I was expecting to see a vehicle, but this looks really cool
Is that keet-orange or yellow?

Is that keet-orange or yellow?

Classic yellow, for that hazard-striping look

Looks good! I always love mechanical detailing on mocs. Do not put ccbs on the upper arms, it doesn’t need to be smooth

Do not put ccbs on the upper arms, it doesn’t need to be smooth

Pretty much the design philosophy I had building it

All the old grey… its beautiful! Seriously, its fantastic, and really gives the classic Throwbots vibe.

Thanks, really glad that came across