So I was looking at some Bionicle Lost Media and I remembered about the Sand Tarakava. Apparently, there are 5 rumored to exist but only 1 is in possession of a guy named Mark Durham. Are there any photos to confirm its existence? Photos of at least the sealed box. Thanks. This is also a thread for lost media in bionicle since the last lost media thread was in 2016.
Ok so I found a bricklink listing for a sand tarakava but I can’t confirm it’s real since the ruru is orange.

Photos of at least the sealed box.

There is no sealed box. The sand Tarakava is a prototype set that was never officially released in any form, with just a few prototype models given to collectors.

The Bricklink listing you’ve provided is for a replica model someone’s made with their own parts, not an actual sand Tarakava.

For a close look at a real sand Tarakava, see this page: ICFTA: Sand Tarakava – Mask of Destiny

Apparently, there are 5 rumored to exist

with just a few prototype models given to collectors.

I’m not sure if this rumour is true.

I ended up looking into this a couple years ago due to a “discussion” on the subreddit, and I found a Tumblr post with evidence that there is only the one model.

The Tumblr post has since been deleted, but I was able to get it back with the Wayback Machine (minus the images, though they’re mostly just screenshots from various games): 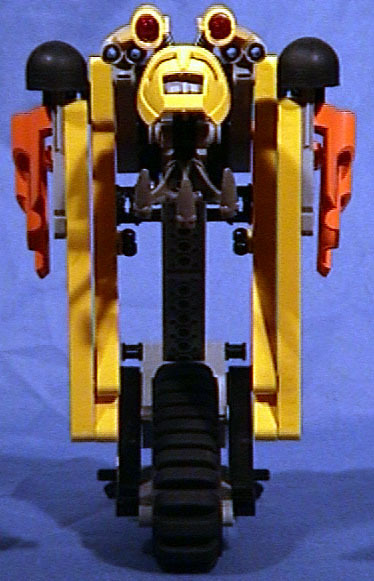 The Full Story of the Sand Tarakava

This is something that you see a lot of myths flying around about, so I wanted to write up something that could be pointed to as easy reference for the facts. You may have seen or heard of this guy:...

The gist of it is that, according to an employee, Saffire (the company behind the cancelled 2001 game) received a prototype Tarakava set for development purposes and, after they were done with it, it was won by the employee in a bowling competition. He later put it on eBay, right around the same time that the current owner got it from an anonymous source.

Obviously none of this is conclusive, but it’s a lot more evidence than I’ve ever seen for the claim that there were 5 sets sold for $30 each to collectors.

EDIT: I just learned from BS01 that the above story has a certificate of authenticity: 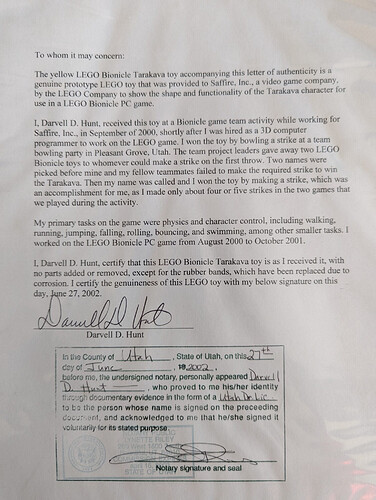 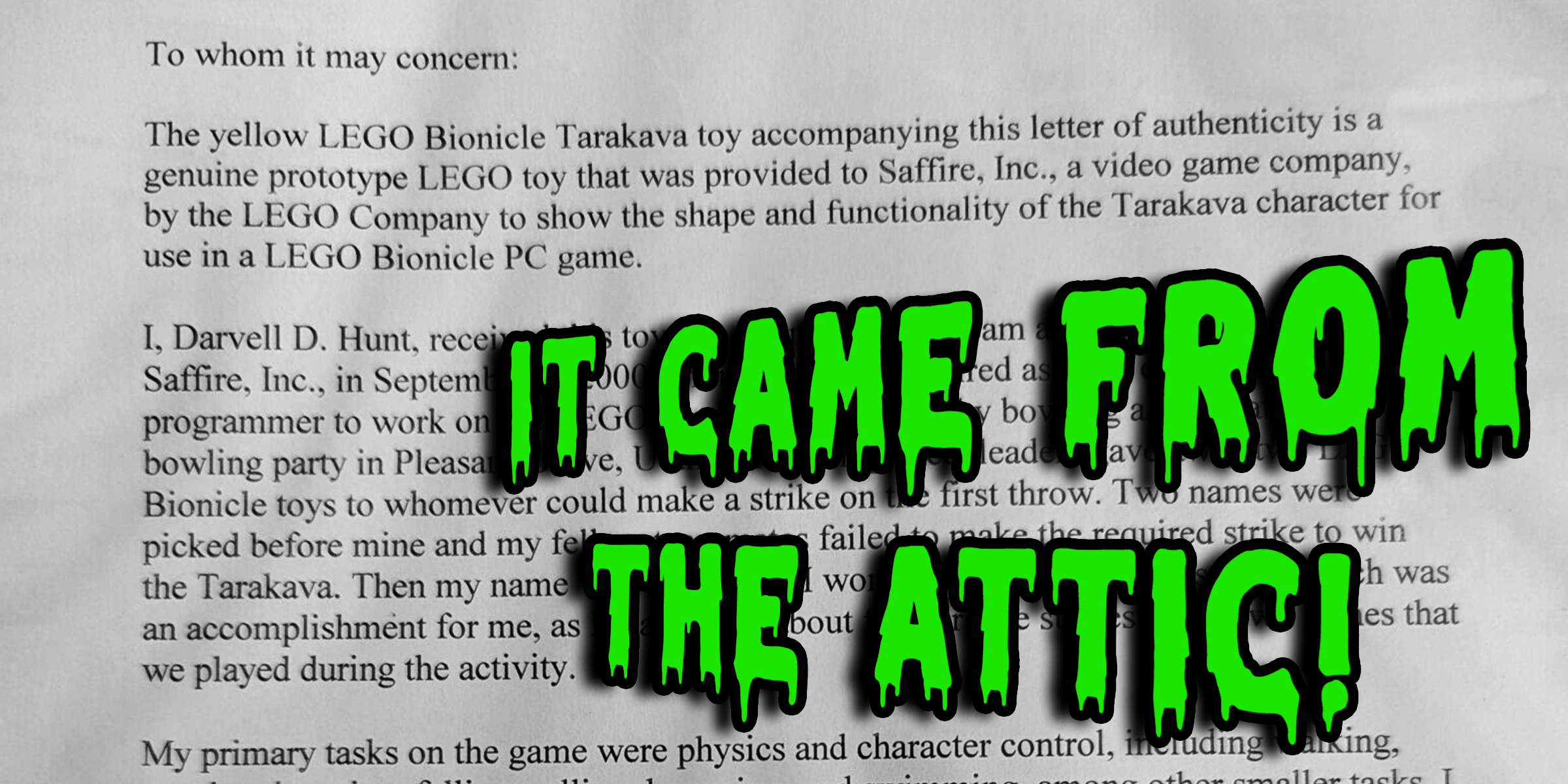 Contributing to the authenticity of Mark’s rare collectible is this paperwork documenting the chain of ownership.

Just did some more research myself, it does appear that there was only ever one model, which has been in the hands of the same collector since 2002.

I believe the misinformation likely comes from the fact that there are multiple yellow Rurus in circulation.

Just did some more research myself

Did you find any additional sources of information?

But let me get this straight. Darvell sold the sand tarakava to mark?
Ok another question. Darvell mentioned another set that he received from Saffire. Does anyone know what the 2nd set? Also, this person said something about another extremely rare unreleased yellow ruru sold on bzpower in 2017. Is this true, and if so, could you provide the link with the thread. Thanks.

huh it mentions that it was for the canceled game, didn’t know that

But let me get this straight. Darvell sold the sand tarakava to mark?

Darvell mentioned another set that he received from Saffire. Does anyone know what the 2nd set?

Wow, how did I miss that? That seems like a pretty big deal, though I don’t know what it would be. Probably another prototype, though I’d have to wonder what set it was for. Another Sand Tarakava, or some hitherto-unknown prototype?

I wonder if the 5 sand tarakava rumor holds some merit, or if not where it originated from?.

As far as I know, the only “official” Sand Tarakava is the one Durvell owns. All others are replica MOCs, built by fans either for themselves or to sell on Ebay for mega $$. Not that I blame them. But anyhow, I can see the possibility of others existing, if possibly some of the designers had made other prototypes, or copies of said prototype.

It might be the nui rama prototypes that are in possession of Barklava of Bzpower. But I’m just speculating.

That seems possible, though I kind of would have expected that Lego would only give Saffire a single model, like they did for the Tarakava. It would be nice to know more details about where those Nui-Rama came from. 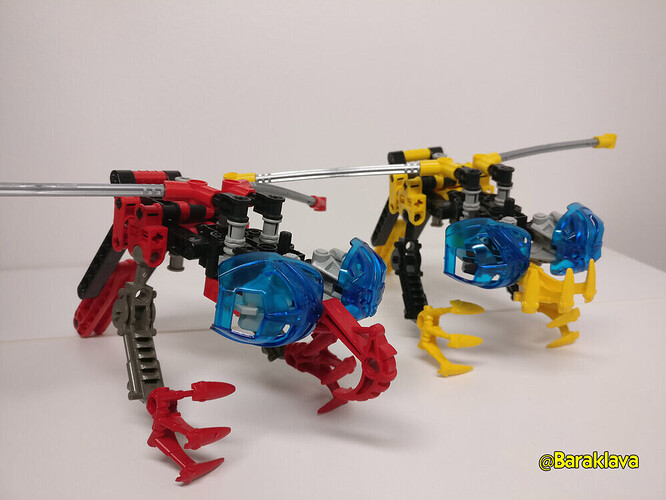 He did actually post those on here before. I believe it was on the LEGO Prototypes Discussion.