This is where I’ll put my models for my story, Saved on two wings. 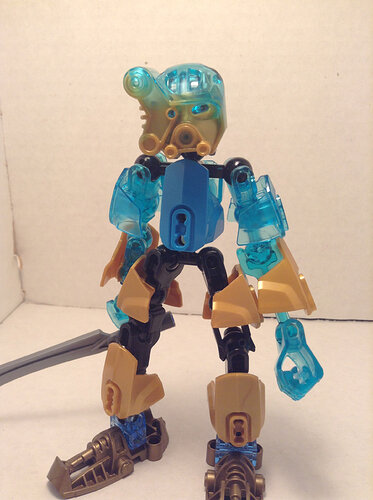 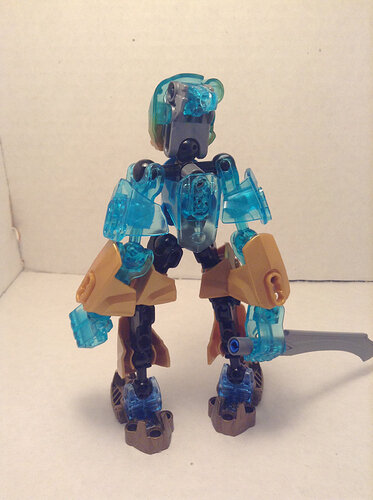 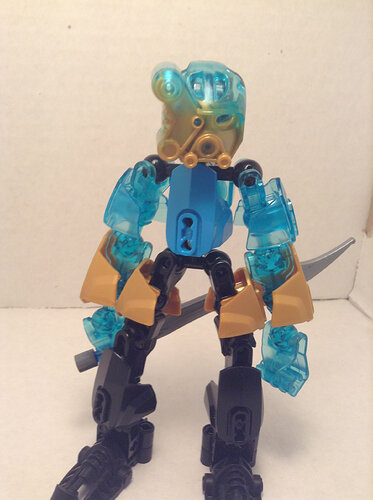 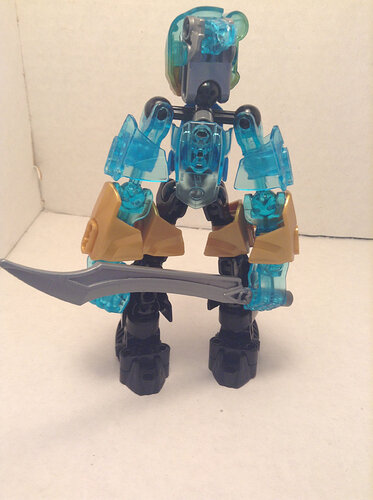 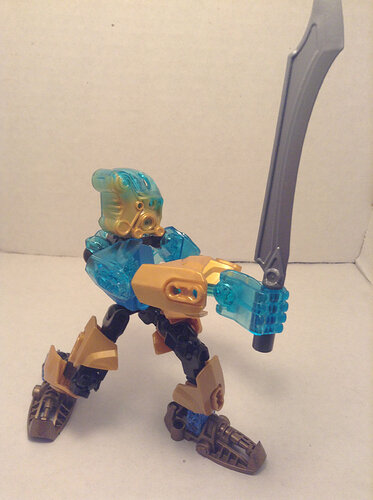 Name: Efari
Species: Matoran
Element: Psionics
basic info: A young matoran of psionics. She is a prodigy with a sword. 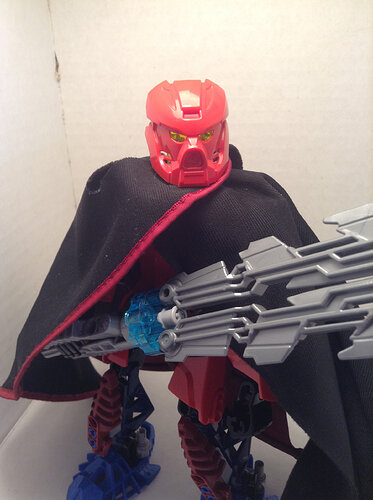 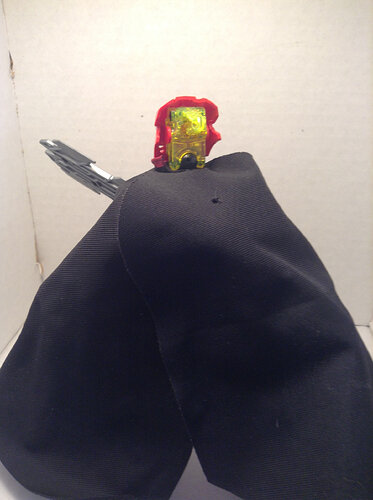 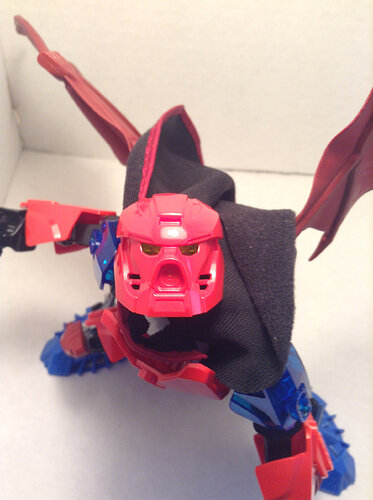 Name: Thelktar
Species: makuta
Basic info: A older (about 43 or so) makuta. Unlike most makuta, he was not assigned a region but roamed around, providing assistance where needed. He has a pair of wings on his back that he usually keeps hidden. 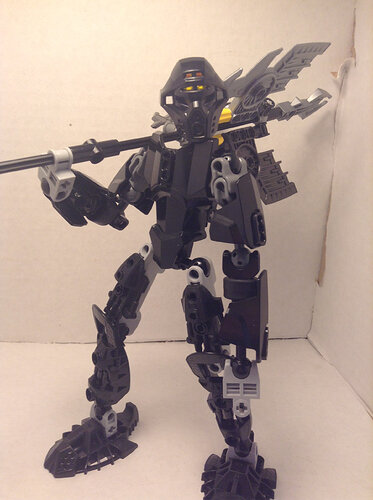 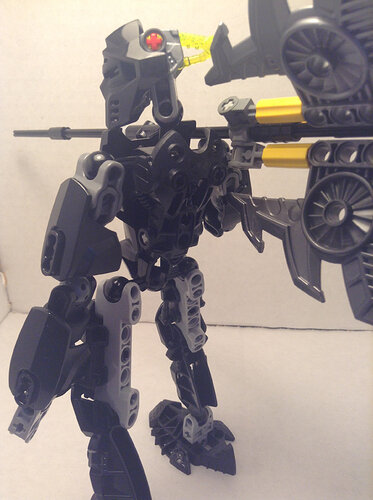 Yet another bad action pose. 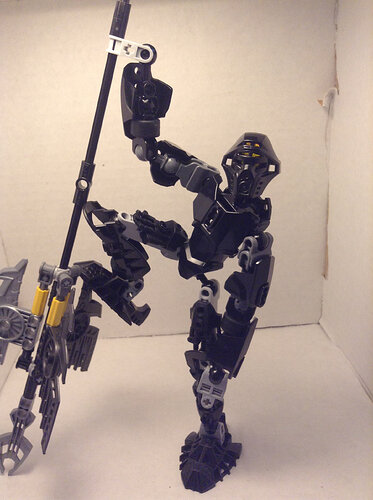 Name: Yutalo
Species: Toa
Element: Earth
mask: Strength
Bio: a toa of earth that was originally a member of the toa team sent by the Dark Hunters to hunt Thelktar down. 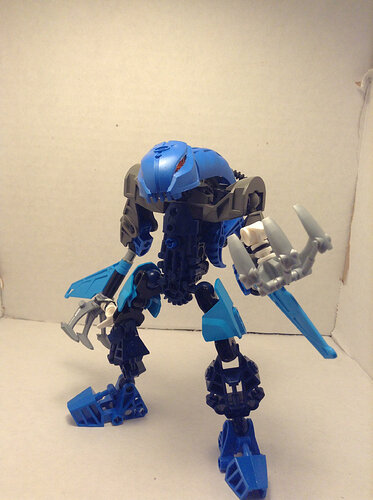 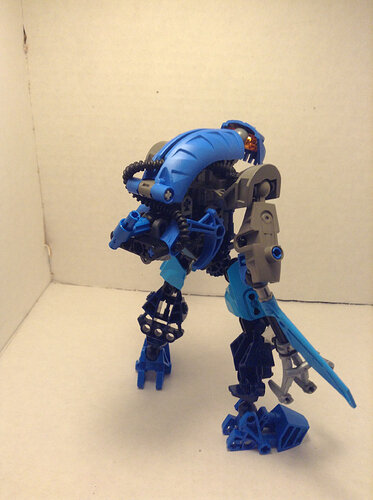 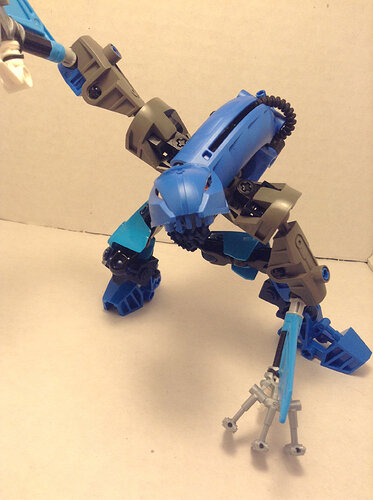 Name: Hikari
Species: Toa-Rahksi… Thing
Element: water and disintegration.
Bio: Hikari was once a Toa of water. at some point she was protecting a village from a squad Guurahk. She defeated the Guurahk, but she was critically injured, the turaga of the village used to be a mechanic, and was able to assemble her a new body out the broken parts of the Guurahk and her old body. 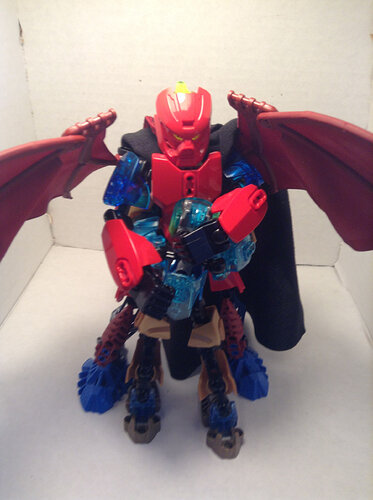 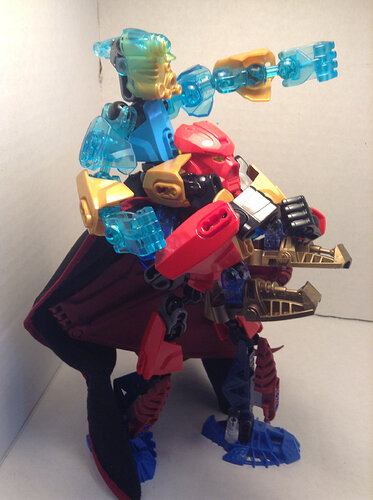 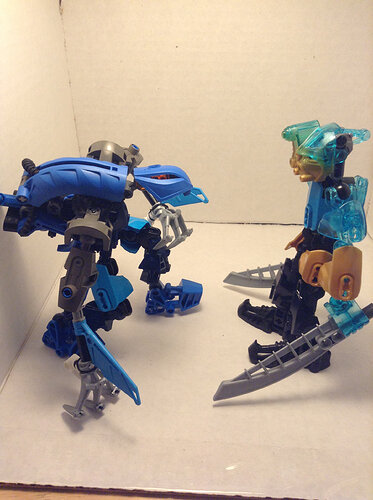 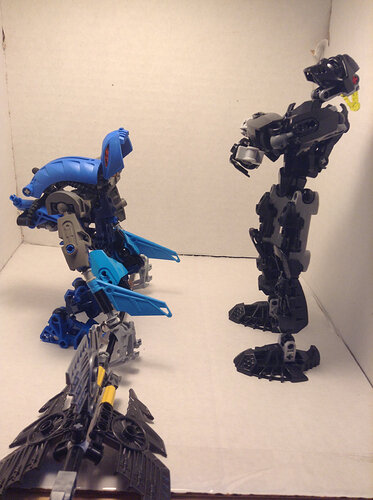 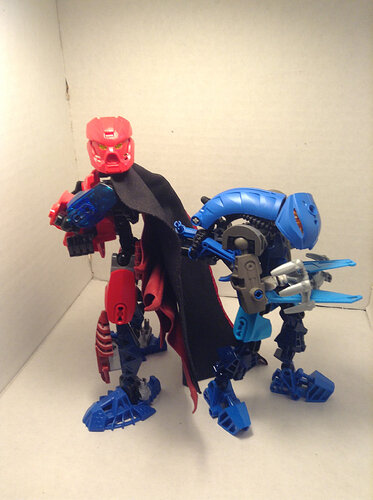 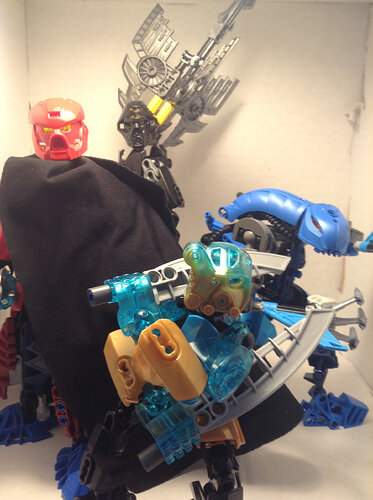 if you want more info, go read the story,

Cover page and Chapter 1!! [image] Chapter 1 A Matoran walked out of the doors of a factory, with pulsing red light pouring from the factory’s maw, lighting up the night in the small alley. The Matoran’s gold and blue armor identified her as a Ce-Matoran, a Matoran of Psionics. A male voice called out from the factory, “Efari! Be sure to be here on time tomorrow!” Efari turned and replied, “Of Course!” Then she turned away and continued down the street. Efari had a lot on her mind. Within the past few days the island of Xia had been overrun with Nui-Rama, and the nests had been causing serious problems. The mosquito-like rahi and their nests were large, and often clogged up the factory smokestacks. Their weight also caused buildings to collapse in some spots. If Efari hadn’t been so …

More characters will be added as they appear in the story.

A little to simple, but nice.

Alright! got the last 2 characters up!