Like my last post, I found my picture horde of old MOC builds. Here is another that I evolved into a much larger creation. Scarox was a little guy in Hero Factory Brain Attack, but I felt I could make him more insect and formidable of a villain. 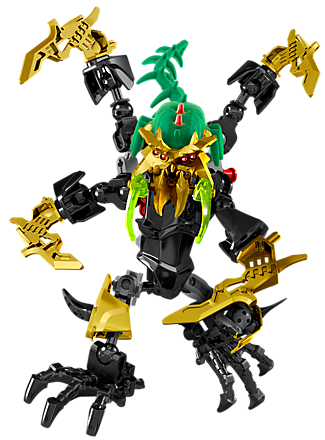 So after a few build and design sessions I have Scarox Evolve. I went with an ant and spider theme to him. Giving him four legs, and six arms all with claws or blades to make him dangerous to interact with. 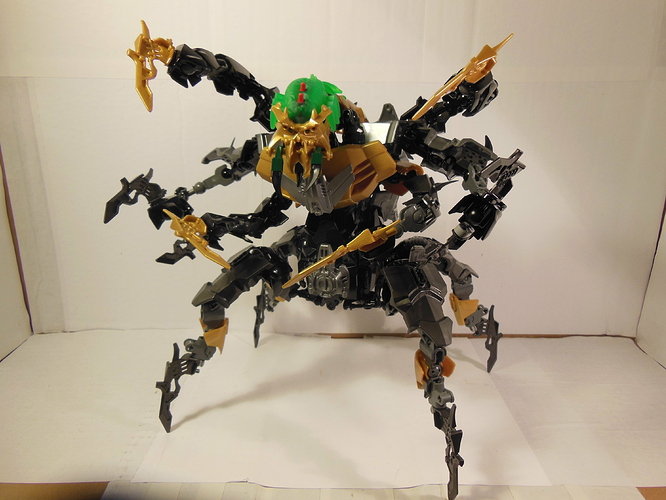 I armored his back section for more a warrior look with better defense for his size. 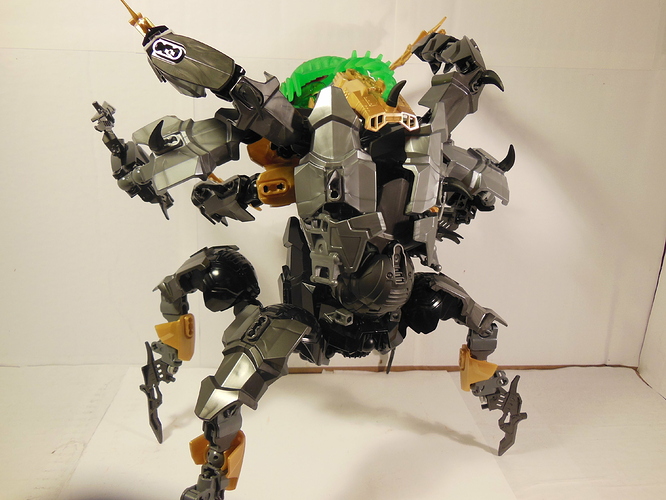 I worked a mixed of body frame parts of different Bionicles to make the base for the legs. Also the blades for the feet works for picture taking, but for longer, like displaying, the blades did bend. So I swapped the blades to the other side and put him in display stubs. 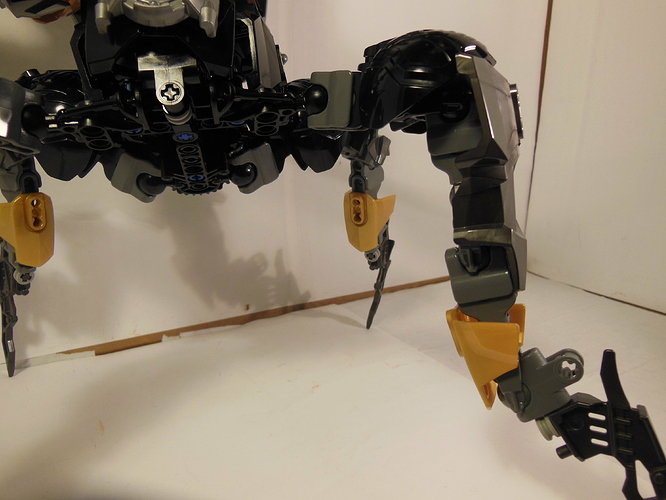 Alittle look to the inner frame of the mid-section. Not much wiggle room once the armors were attached on, but was still a solid build. 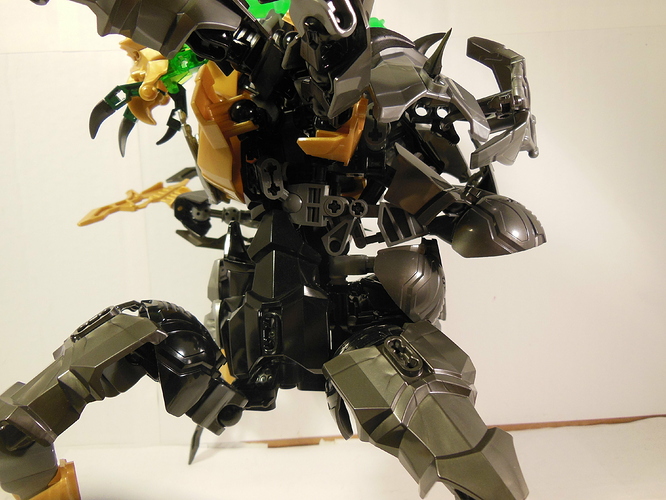 Had a group shot with Jaw Beast from Attack from Below, and a old Ice Beast, probably version 3 because of the feet, and he still had a basic frame body. 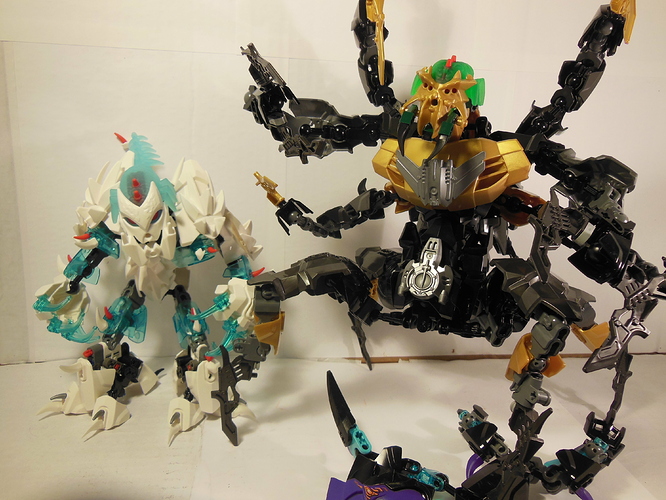 Well thank you for checking out another old MOC, sadly he is no longer on display. My joyful son at the time decided his time was up. Still this MOC has been the largest I have ever completed. Not sure if I will have the motivation to make another so big, but I still have a few that are close in size. Okay, so keep building and stay creative, laters

OH MY GOD THAT IS AMAZING.

Seriously, I almost jumped when I saw that. The leg design is amazing, and that way it still keeps a Scarox theme is fantastic.

The armoring on the back looks a little off, but this is an otherwise terrific design.

The build is really cool, but the color distribution could be better,i’d say host limit it to gold and black.

Thank you for liking, i was trying to keep some of Scarox noticeable,

Thanks, yeah something times upgrades turn sideways and it becomes a revamp, glad you enjoyed this one.

I agree, by that point I was running on limited parts and colors, and it was the last section I really worked. Maybe next design will be better, since my collection of parts has grown a bit.

Thank you for liking, and the color limitation was due to lack of parts. I do agree with you about the gold and black limiting. But will have to wait and see if I attempt a rebuild of this one,

Again Thank you to everyone that has taken a minute to check out my build, till next build,

that’s a lot of limbs, but the back does seem odd