Ridiculous fun fact: Today(September 13th) is Scooby-Doo’s 47th Birthday.
On this date in 1969, Scooby-Doo made his TV network debut on CBS, in the Hanna Barbera series ‘Scooby-Doo, Where are You?’

47 years later only one of the original cast members, voice legend Frank Welker, still works with the franchise, providing the voices for his original character Freddy Jones, and the chowhound himself which he took over voicing for in 2002.

Welker himself turned 70 this year. He was just 23 when he was first selected as the voice of Freddy, originally wanting to voice the role of Scooby’s well known pal Shaggy, since it was a more comical role.

Don Messick was the original voice of Scooby-Doo, which he continued doing until his death in 1997. Scott Innes filled in for the role of Scooby-Doo after Messick’s death until Frank Welker took over, but he continued to voice Scooby-Doo in various media and merchandise up until 2010.

Scooby Doo was also voiced by Hadley Kay for his guest appearances in the Johnny Bravo series, and by Neil Fanning, who voiced him for the two theatrical features.

Interesting despite the fact I’m not really a huge Scooby-Doo fan. Sorry for flagging your topic I thought this was in the wrong section

That is a real long time in dogo years…

I used to love Scooby doo. But now that I’m older I kinda think it’s stupid.

I really miss it, I sometimes watch to bring back memories

A classic. It seems a lot of shows are nearing/have turned fifty.

47 years old. I knew Scooby-Doo was going through a mid-life crisis. 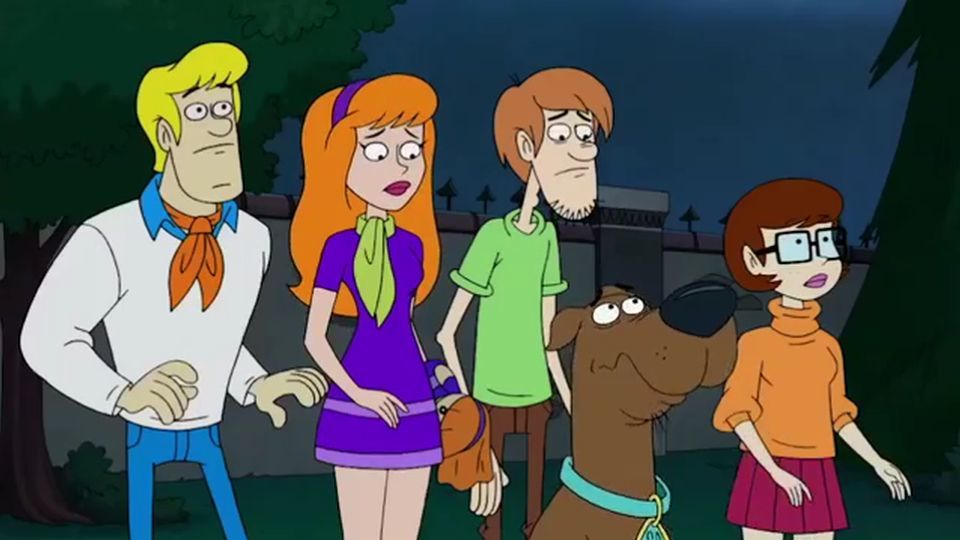 Used to watch tons of the old 70s Scooby-doo when I was really young. It was predictable, you always knew who the bad guy in the mask was. Borrowed a VHS tape of Zombie Island when I was like five and it traumatized me. Not as bad as courage the cowardly dog, but I was plenty horrified by it. Went back and watched it recently and it really holds up. Definitely check out Scooby-Doo on Zombie Island, it’s worth the five dollars or so you can get it for today, even if shaggy’s voice sounds like fry.